Home » Everything I ate in Valencia, and why you have to try it all
Stories

Everything I ate in Valencia, and why you have to try it all 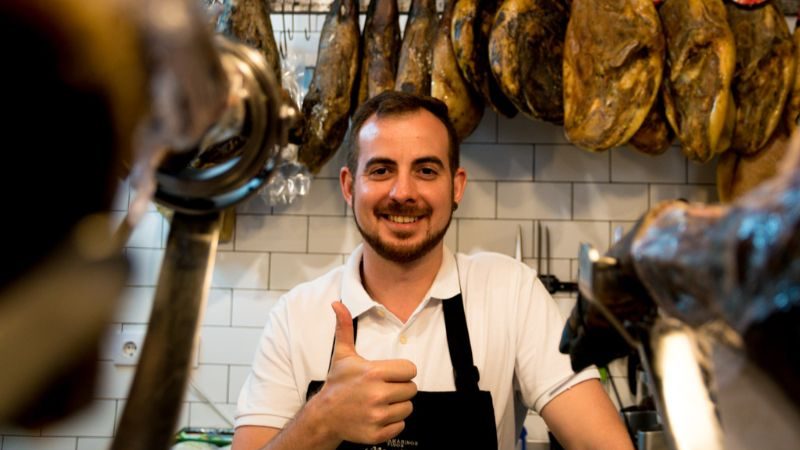 I like to eat. A lot. I plan my day around my meals, and I rarely eat the same food for two days in a row. When I visit a new country I have a list of local foods I want to try saved in my phone, and I have that same list scribbled on a note in my pocket too (just in case).

When I visited Valencia, on Spain’s southeast coast, I did not come prepared. I hadn’t heard much hype about the food scene in Spain’s third-biggest city, and I had already tried typical Spanish cuisine elsewhere. In fact, I hadn’t heard much about the place at all. Thankfully Valencia isn’t devoid of culinary delights, culture or beauty. Quite the opposite actually; it’s by far the most underrated destination in all of Spain. 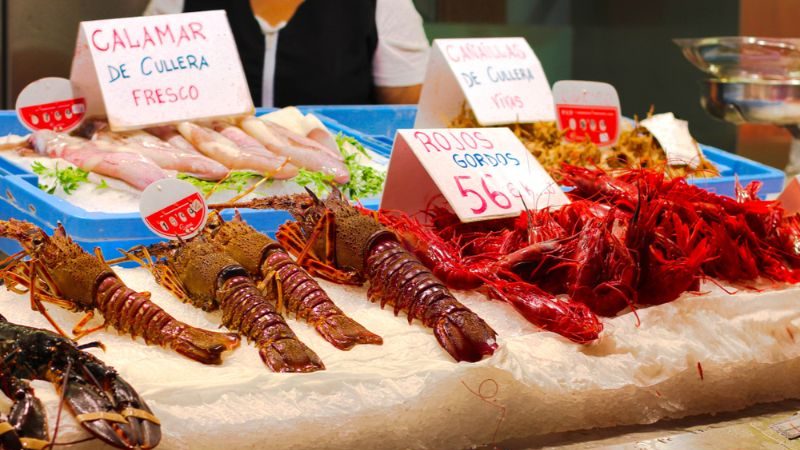 For anyone with a passing interest in food, Valencia’s Mercado Central should be your first port of call. It’s all about the fresh local produce here. You’ll find the usual tastes of Spain like iberico jamon, fruit and veggies ripened by the Mediterranean sun, and of course, plenty of fresh-off-the-boat seafood. It’s all housed in a stunning Valencian Art Nouveau building full of steel beams and stained glass. Worth a visit for the architecture alone. 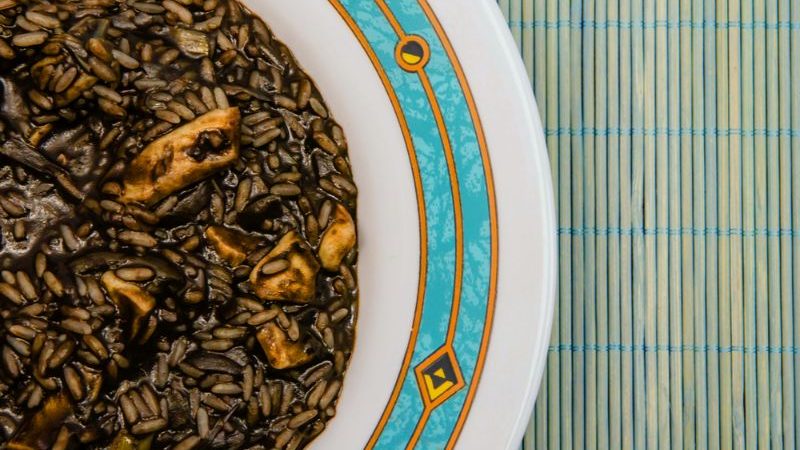 RELATED: HOW TO DISCOVER THE REAL SPAIN (WITHOUT THE CROWDS)

I’m not a breakfast person, so I’m skipping straight to lunch here. My favourite midday meal was arros negre, aka ‘black rice’. The name may not sound enticing, and to be honest it doesn’t look very appetising either. But if you can see past the squid ink that gives arros negre its colour, you’ll taste a world of flavours. Sweet paprika, garlic, and mild cubanelle pepper all go into this dish, as well as the occasional chunk of delicate crab meat or shrimp. 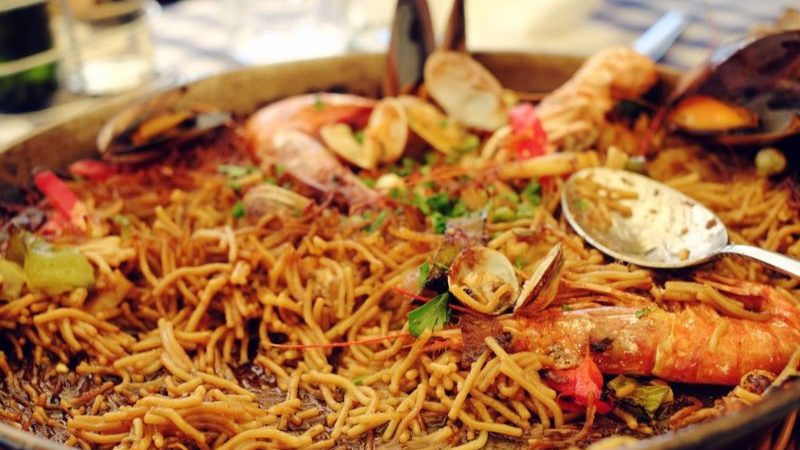 Bored with rice? I was too eventually, but I quickly found a tasty alternative: Fideua. Think paella, replace rice with short noodles and meat with fish, and voila. Traditionally it’s seasoned with lots of lemon, which gives the dish a welcome hit of zing. I had mine in one of the many restaurants lining the Placa de Reina in the heart of Valencia’s old town. Overlooking the city’s 13th century cathedral, the view is as enjoyable as the food. 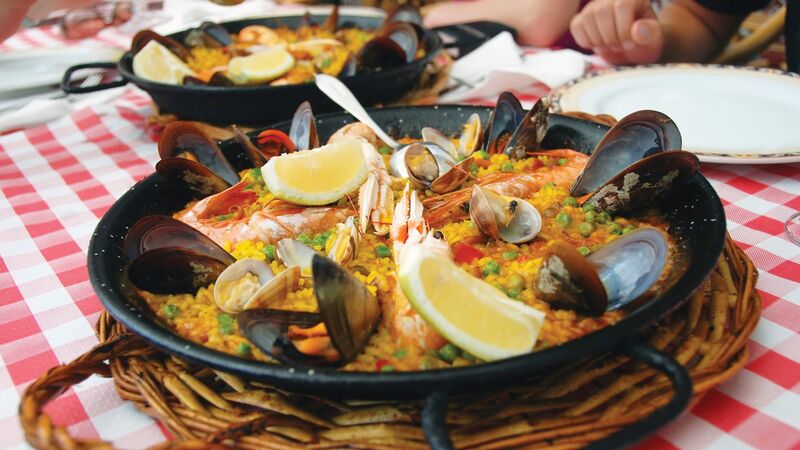 Sure, paella is Spain’s national dish and you can find it literally all over the country. However, Valencia is where it all started. Paella Valenciana is the original and best version of this delicious rice stew. Around here, it’s made with chicken, rabbit and green beans and cooked in special cast iron paella pans over a wood burning fire.

Restaurants in Valencia take paella very seriously. It takes at least an hour to make authentic paella in those huge pans – usually longer. So show up early, get your order in, then enjoy a few relaxed cervezas and tapas before the main event. It will be worth the wait. Remember when I said I rarely eat the same meal two days running? Well I ate paella every single night. Really.

RELATED: EVERYTHING YOU NEED TO KNOW ABOUT VALENCIA, THE OVERLOOKED GEM OF SPAIN 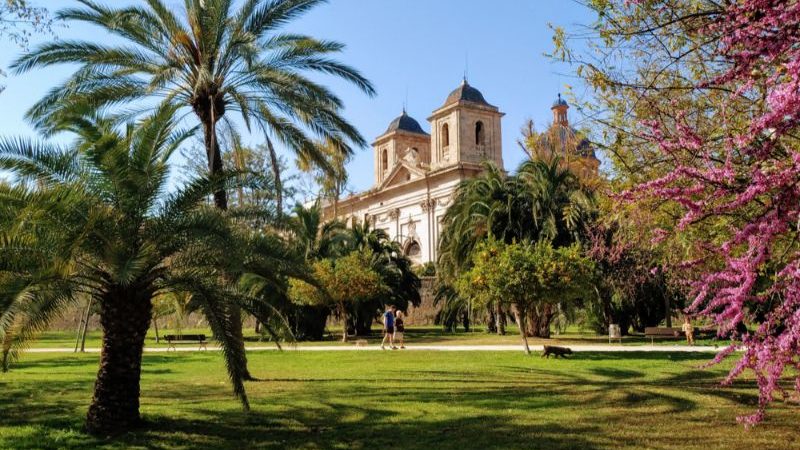 According to locals, the best paella is found by the beach in the Malvarossa area of the city. To work up an appetite, I hired a bike and cycled through the gorgeous Jardin del Turia on the way. It was once a river winding through the city, since transformed into a lush green lung that slips under bridges and past the beautiful historic district. Fun fact: it’s also the biggest public park in Spain. 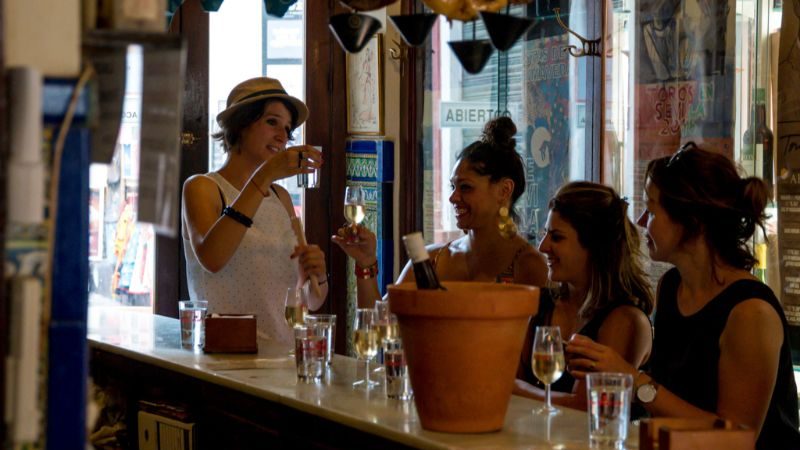 Valencia is a big student city, so the nightlife is vibrant and a lot of fun. You’ll see tourists and locals alike starting their night off with Agua de Valencia. It’s a bubbly cocktail made with fresh orange juice and cava – so far, so Spanish. But that’s not all; there’s also vodka and gin thrown in. It’s surprisingly easy to drink and comes in everything from champagne glasses to pitchers. Be warned; it’s stronger than it tastes. 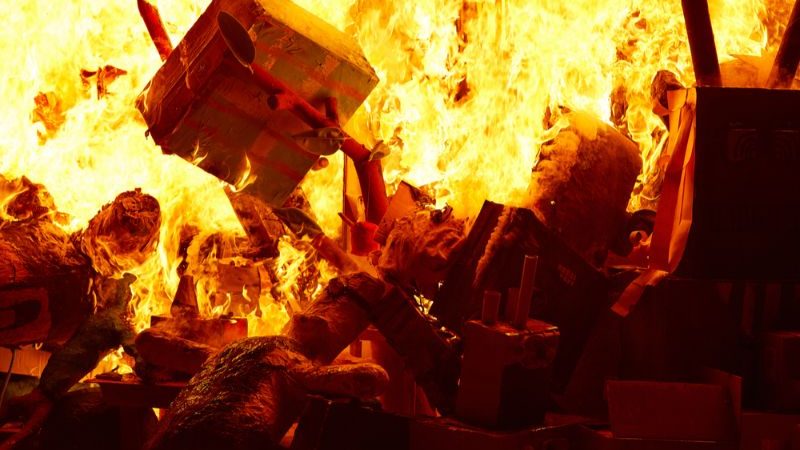 If you’re visiting Valencia in mid-March, you’re in for a treat (literally). That’s when Fallas, a week-long festival for St. Joseph takes place. Basically, giant papier-mache statues appear all over the city and are then set ablaze, with firework displays and street parties lasting long into the night. Along with all the revelry, you’ll see little stands on every street corner selling Bunyols; donut-like dough balls with a hint of pumpkin, served with a cup of chocolate for dipping. After a night of dancing and sipping Agua de Valencia, it’s just what you’ll need.

Explore Valencia on a small group adventure with Intrepid now. Check out our range of tours here.