Home » This is the Slovenian food and drink you have to try, according to a Ljubljana waitress
Food

This is the Slovenian food and drink you have to try, according to a Ljubljana waitress 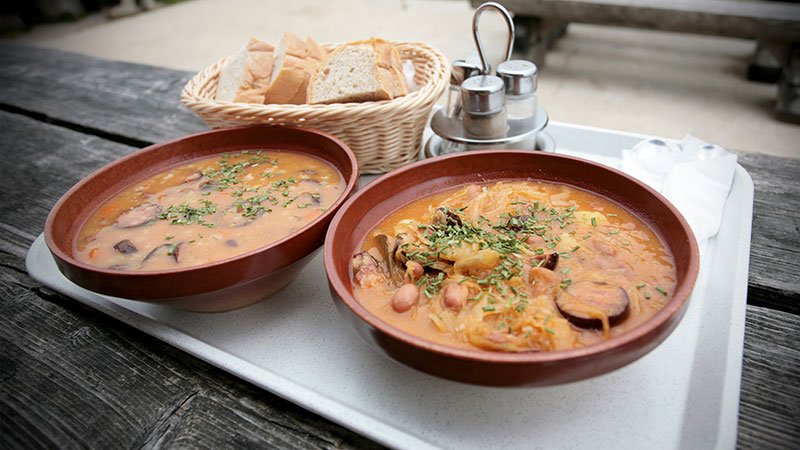 It’s happy hour at TOZD bar in Ljubljana. I’m sitting in the shade of an umbrella out front, surrounded by Slovenians sipping pints of beer and glasses of wine. The drinks look tempting, but I want something local and ask the waitress for a recommendation. I eventually have to get my notebook out, because she spends the next five minutes educating me on Slovenian food and drink.

It takes me three days to get around every one of her recommendations, but I’m happy to report that waitress knew what she was talking about. Here’s her guide to eating and drinking your way through Slovenia.

If you’re eating Slovenian food, you’ll want to accompany it with Slovenian beer (pivo). Slovenian beer is in the midst of a renaissance. Although mass-produced domestic brands like Lasko and Union still dominate the market, new microbreweries are continually popping up and pumping out a range of quality Slovenian craft beers. HumanFish Brewery – located just a few kilometres outside Ljubljana and named after the salamander endemic to Slovenia – is famous for its aromatic IPA (called SIPA). You’ll find this brew at all respectable bars across the country. Another brewery making waves is Reservoir Dogs, located in Nova Gorica. Although one of the youngest microbreweries in the country, their beers are fast gaining traction. Don’t leave Slovenia without trying their Grim Reaper IPA and Warrior Pale. 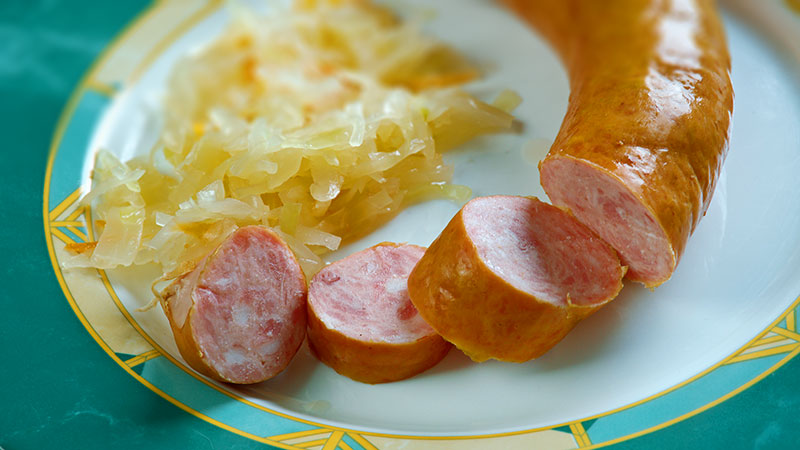 For its size, Slovenia packs a mighty punch on the gastronomy scene: there are 23 gastronomic regions and 170 distinct dishes claimed by this small central European country. But it’s the Carniolan sausage that has forever been a staple of the Slovenian diet. What’s in a Carniolan sausage? Just pork and a little bacon. It’s usually served with sour cabbage, mustard and crusty bread – and is often used as an ingredient in stews such as the barley soup pictured at the top of the page.

Another uber-delicious Slovenian dish is zlikrofi: small boiled dumplings that originated in Idrija (western Slovenia) that look (and taste) remarkably similar to Italian ravioli. These little morsels of deliciousness are typically filled with potato. They’re so yummy, in fact, that around 50 tonnes of them are produced and consumed each year. 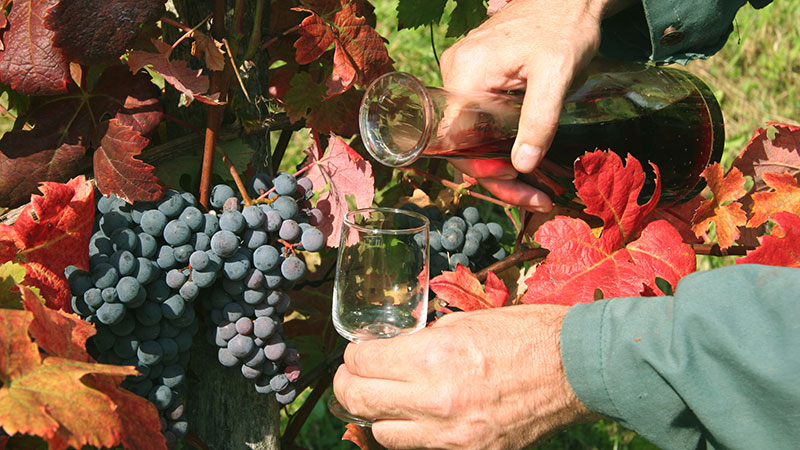 Slovenia has been growing grapes and producing wine for thousands of years. The country has over 28,000 vineyards and produces between 80 and 90 million litres of wine every year. The wine-growing region of Primorska is renowned for strong, dry wines, whilst hearty red wines are grown and produced in the Istria region. The Vipava Valley (just one hour from the capital) is probably the country’s most popular wine tasting region, and it’s here that aficionados can taste some indigenous Slovenian wine varieties, such as Zelen, Pinela and Pikolit. But you don’t need to travel to these regions to sample the best Slovenian wine. Ljubljana has its fair share of chic wine bars; it also hosts a number of wine-related events during the year, such as the Ljubljana Wine Trail or the Vino Ljubljana International Trade Show. 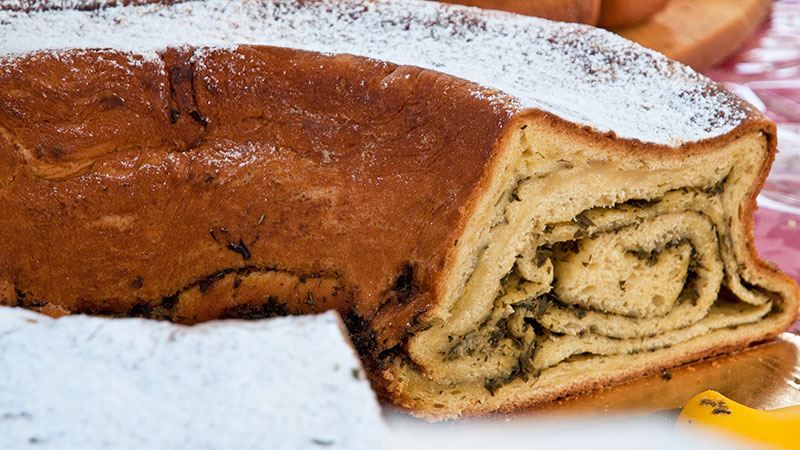 Potica is a cross between bread and cake (basically a nut roll). Made from buttery pastry dough and filled with sugar, spices, walnuts and poppy seeds, potica is best enjoyed with a cup of milk tea or coffee.

Gibanica is a layered cake filled with poppy seeds, walnuts, apples, raisins and ricotta. It’s probably the most popular sweet in Slovenia, and is typically eaten for breakfast. The cake originally hails from the Prekmurje region in the country’s far north east (bordering Hungary), but you’ll find it all over the country.

While Slovenians love beer and wine, there’s really only one national drink: schnapps. Called zganje in the local lingo, making the stuff is also a national past-time, and although you can buy factory-made bottles of schnapps in liquor stores and supermarkets, it’s the locally made zganje brewed in someone’s garage that’s usually the best. Thankfully, you don’t have to know anyone to sample some of the finest schnapps in Slovenia, because you can count on all self-respecting bars across the country to stock some of the best local varieties in a wide variety of flavours, including pear, peach, lemon and blueberry. Na zdravje!

Keen to try some of Slovenia’s most delicious dishes? Our Real Food Adventure through Slovenia and Croatia could be just what you’re looking for.

How was your trip?

I definitely put Slovenia on my travel list for next year! Oh my god, finger-licking goodies to come! Thanks for the recommendations!