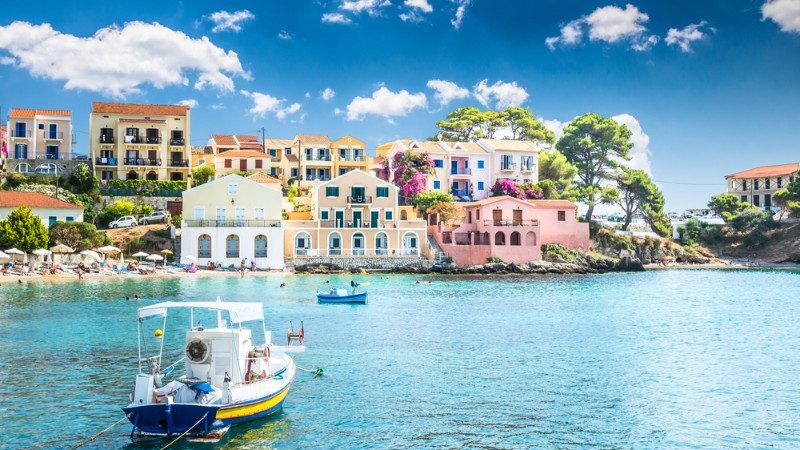 I’ve got chills; they’re multiplying – just like the tourists in Grease. No wait, Greece, the tourists are in Greece and the sundrenched nation is losing control as travellers join Olivia Newton-John and Travolta in belting out ‘You’re the One That I Want’ at the top of their lungs. The objects of their affection? Santorini and Mykonos, to name but a few.

There’s no doubt that tourism plays a vital role in the Greek economy, but with tourism arrivals up 12% on 2017 and tipped to hit 33 million visitors in 2018, popular destinations are buckling under the weight of overtourism. It’s an issue that’s plagued cities like Barcelona, Venice and Amsterdam, all innocent victims of their own charms. And while the Greek government and tourism industry is making moves to limit numbers and improve infrastructure, it’s up to us as responsible travellers to question what impact we’re having on the places we love.

RELATED: 6 WAYS TO GET OFF THE TOURIST TRACK IN ATHENS 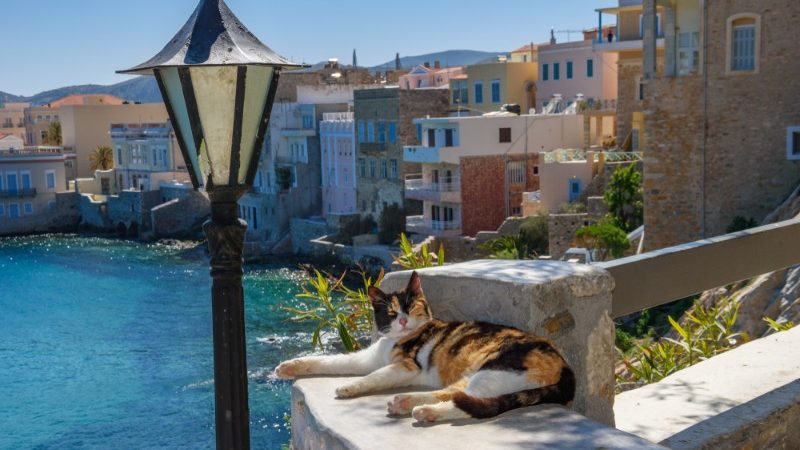 Meeting the locals on Syros Island. Photo by PitK.

So what should we do? Avoid Greece altogether? While it’s certainly an option, it doesn’t exactly help a country that relies so heavily on tourism. Besides, Greece is popular for a reason and if you want to find out why, that’s your prerogative.

RELATED: HOW TO AVOID THE CROWDS IN MYKONOS AND SANTORINI

The good news is that, contrary to popular belief, sunsets aren’t just limited to Santorini. They happen all over Greece – all over the world in fact – and the same goes for that unforgettable seafood meal and those whitewashed houses that clog your Instagram feed.

The challenge is to find an island that’ll deliver a quintessential Greek island experience without the crowds and that, it turns out, isn’t actually too difficult. The Cyclades island group comprises over 200 islands that aren’t Santorini or Mykonos, and these just happen to be three of the best. 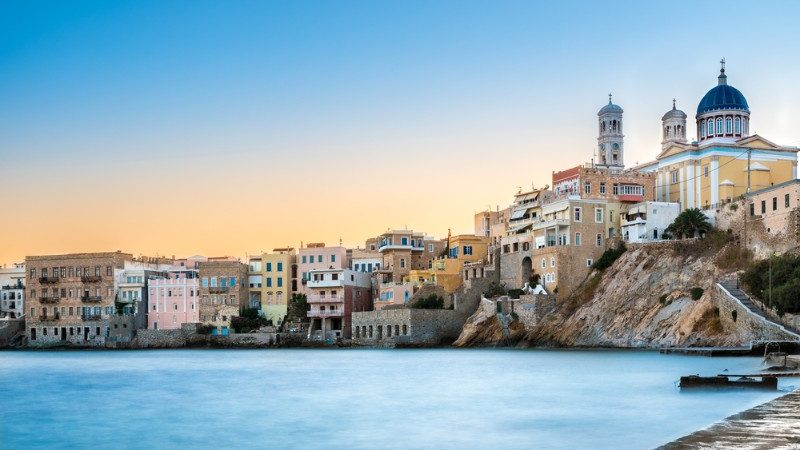 Syros is undoubtedly one of Aegean’s most underrated islands and home to one of the earliest settlements in Greece. Visually, it ticks all the boxes with gorgeous beaches, whitewashed houses, abandoned windmills and ancient ruins, while the stone pathways winding through the villages are lined with family-run tavernas and atmospheric cafes. Ermoupoli is the capital of both Syros – and the Cyclades as a whole – and has a fascinating history as a trading port, meaning you can soak up both the sun and plenty of knowledge. 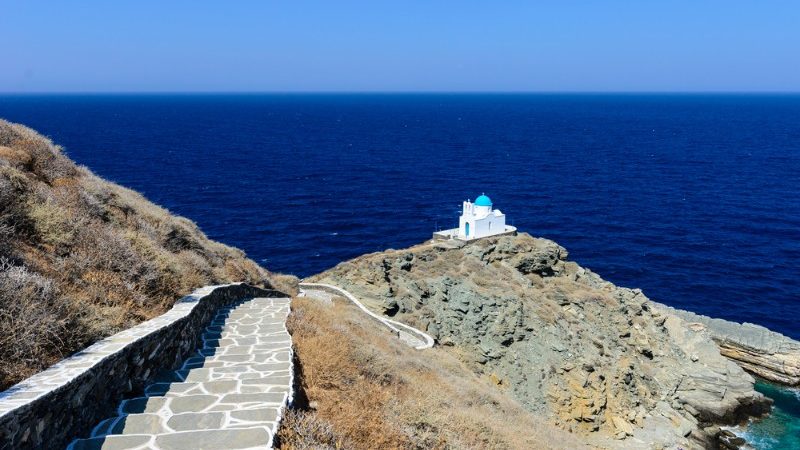 Sifnos is known for the vast number of religious festivals that take place over summer, so it’s really no surprise that there are hundreds of picturesque churches and monasteries on the island. The most impressive of these is perhaps the Agios Nikolaos church, located on a rocky outcrop at the northern end of the island. 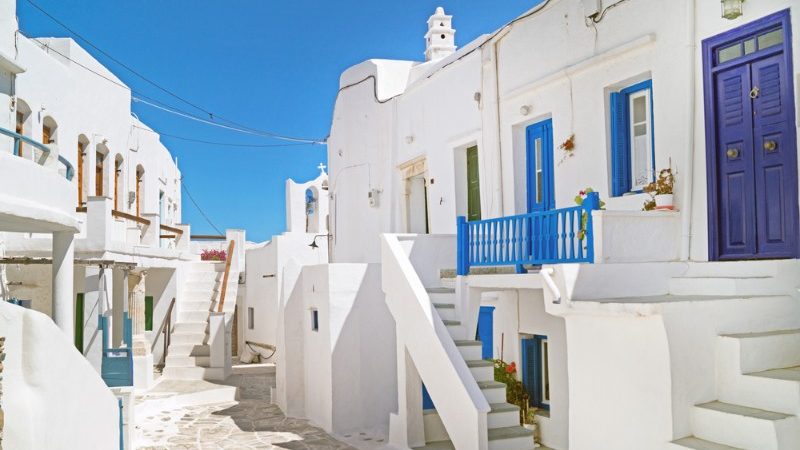 Churches not your thing? That’s okay. Sifnos is the perfect place to pick up a ceramic souvenir, given its reputation as a pottery capital, and the mouth-watering food is as authentic as it is delicious. Naturally, the beaches are typical of the Cyclades and when night falls, Apollonia’s nightlife is more than capable of scratching a dance floor itch.

WANDER AROUND SIFNOS ON OUR 10-DAY HIDDEN CYCLADES SAILING ADVENTURE 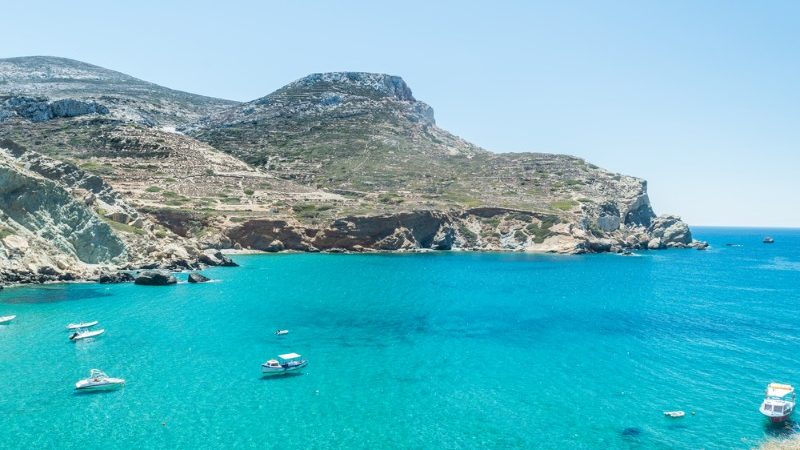 Just an hour from Santorini, the island of Folegandros sees more Athenian holidaymakers than it does foreigners. Its main town, Chora, is perched on a cliff and closed to traffic, so there’s a very relaxed vibe, but the real magic happens at the Church of Panagia. Follow the zigzag path up the hill behind town to be rewarded with breathtaking views and, you guessed it, a blazing sunset that’s second-to-none.

The most important takeaway is that Greece is an incredible destination and, while the big islands are no doubt beautiful, there are literally hundreds of others that can provide the same experience, if not a more authentic one. And that’s just in the Cyclades. The Ionian Islands, such as Lefkada (feature image), also bring a wealth of beauty and ancient history to the blue-chequered table, while the Greek mainland is one of the few places that can really stake a claim as ‘Gods’ Country’.

By spending time in these lesser-visited places, you’re not only easing the pressure on destinations that have hit saturation point, but also those that would benefit so much from an increase in tourist dollars.

Spend some time on all three of these incredible islands on our 10-day sailing adventure around the Cyclades Islands. Find out more information here. 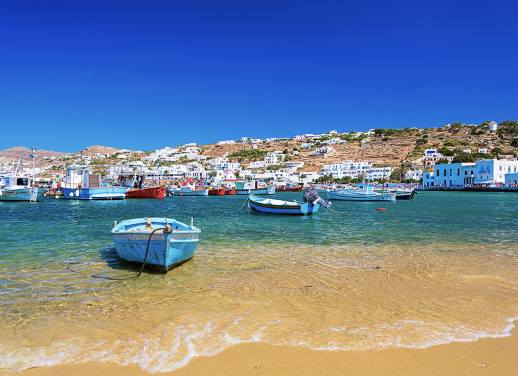 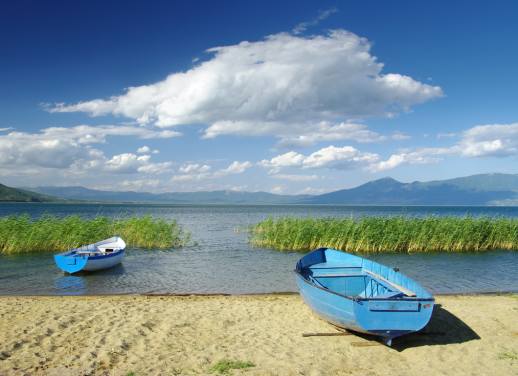 Although popular islands like Santorini and Mykonos are great to visit, there are others that seem to get forgotten. Every island you mentioned here is absolutely worth a visit and they don’t get the types of crowds that the other ones do.