What is it that’s so irresistible about a dumpling? Putting aside the fact they’ve got the cutest name of all the food groups, dumplings seem to be inherently delicious on a molecular level.

Wrap, cook, dip, eat. It’s a simple recipe to satisfy hungerlust anywhere, and dumplings have spread, under one name or another, around the world. You may not realise you can get a Polish dumpling to go with your sinus-clearing vodka shot, or a Senegalese one to soak up some tasty goat stew.

So for dumpling lovers everywhere, we present five dumplings that prove the theory that dumplings are, in fact, the greatest food in the world. 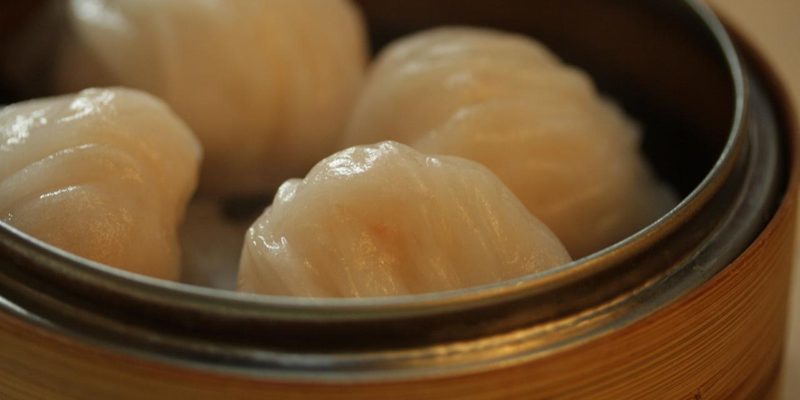 Interesting fact about har gow, the translucent steamed prawn dumplings found on every yum cha menu in the world: they’re the only food to have no limit on how many you can consume in a sitting. Go ahead, try it. You’ll never reach a point when you say, ‘Do you know what, that’s enough of the world’s tastiest thing for me. I’m done.’

In fact har gow are so deceptively simple you wonder where all that flavour is coming from. They’re a basic prawn filling (sometimes with pork, scallions or bamboo shoots added for extra flavour) steamed inside a stretchy wheat-starch skin. Tapioca is often added to give the skin extra elasticity. They’re devilishly difficult to make properly (the skin can’t be too thick or too weak), but dear lord are they delicious.

Serving suggestion: dip in some soy sauce or black vinegar and consume by the plateful. They put the ‘yum’ in yum cha. 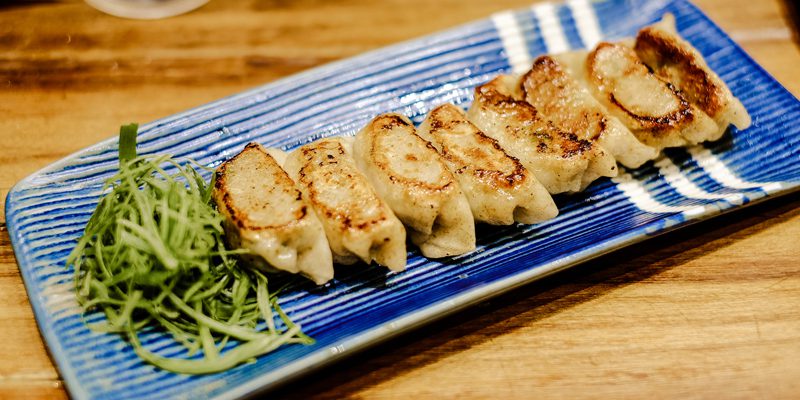 Most people associate Japanese cuisine with delicate sashimi or the subtle flavours of ramen broth. But gyoza, when dipped in their best friend (a mix of soy sauce, rice vinegar and chilli oil), pack a serious flavour punch. The filling is usually pork based and spiked with lots of garlic.

If you want the real deal, find the shops that steam them in a little water first, then crisp the bottom golden brown in specially made cast iron pans. The starch washed off from the steaming forms a skin on the bottom of the pan, turning several dumplings into a crispy mass of pork-flavoured deliciousness.

Serving suggestion: add extra chilli sauce to your dipping mix if you can handle the heat. The spice and the pork and the sweet, sweet crackle of the fried underside form a symphony of flavour you won’t find anywhere else. 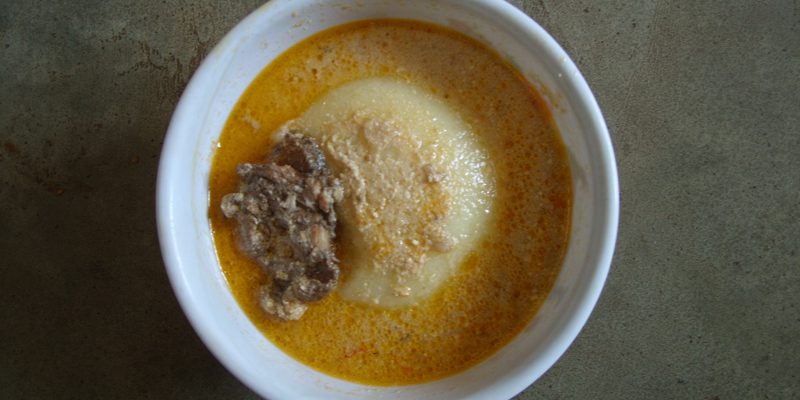 Dumplings are used around the world as a starchy nugget to soak up rich stews and casseroles, and the wonderfully named fufu is the West African version – a thick parcel of mashed yams, or manioc, that’s unbeatable when it comes to absorbing spicy Senegalese stews.

The dough itself is usually filled with lamb or chicken, which means you’re often mixing up multiple animals at once (perhaps the secret to a great dumpling). Anthropologists and Dumplingologists reckon this technique of pounding maize or starchy vegetables into a paste or ball is actually incredibly ancient and has been used since Neolithic times.

Serving suggestion: soak well in a classic Senegalese màfe ginaar (peanut and chicken stew) and eat with a side of khouthia, a sharp West African condiment to cut through the meaty richness. 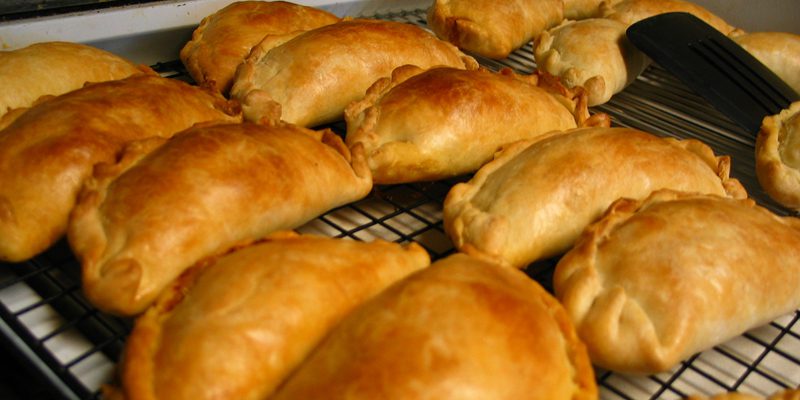 Some say the empanada isn’t a true dumpling, as its use of wheat-flour creates more of a pie-crust than a dumpling skin, but we’ll let it slide. How could we exclude something so universally loved and so incredibly tasty? For those that haven’t had the pleasure, empanadas are a fried dumpling with a variety of tasty fillings, depending on where you are in the Americas.

It might be spicy tuna in Cape Verde, steak with currants and oregano in Argentina or chicken and pecans in Peru. Combined with a crisp pastry shell, these rich and meaty dumplings make a mean bar snack.

Serving suggestion: some tangy chimichurri with plenty of garlic, an ice-cold cerveza and a South American sunset. Pure heaven.

In the never-ending fight for World Dumpling Champion, pierogis are like Rocky: you never count them out. These steamed-then-fried pillows of dough containing farmer’s cheese, potatoes, sauerkraut and either mushrooms or a meat filling are a true heavyweight.

As they’ve spread across the world, people have altered the traditional recipes to include all sorts of things: crispy fried onions, mushrooms and caramelised onions, bilberries and strawberries. As such they’re one of the world’s most versatile dumplings, and perfect for any occasion. You never need a reason for pierogi, just an excuse.

Serving suggestion: whatever takes your fancy. There are no rules when it comes to pierogi. If you want a traditional Polish experience though, try them alongside red beet borscht and a shot of good boutique vodka.

Inspired to explore the food of the world for yourself? Check out our mouth-watering selection of real food adventures – from Turkey to China and Japan to Spain, we’ve got your cravings covered.

Hello James,
We are very happy that you mention Polish pierogi, but, to be honest we do not agree totally with your description. The photo probably was not made in Poland as ours pierogi are different and they are never ever served with vodka. Plase feel free to join for free our Home Cooked Krakow tour to prepare with us and eat together real, local pierogi as we do.

I like the idea of dumplings, but why not promote both sweet and savory Vegetarian dumplings, for the sake of the planet?

You have missed the best dumpling of all…..the Scottish ‘Clootie’ Dumpling.So called because the mixture is cooked/boiled in a piece of muslin…a clootie in broad Scots. I
Have a recipe if anyone is interested.