Home » Tech for good: 6 global projects that will change the world
News

Tech for good: 6 global projects that will change the world 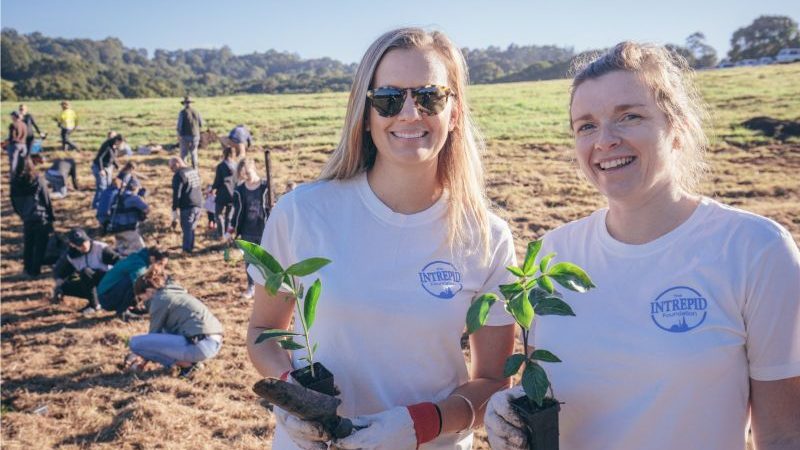 For the last twenty years, the climate narrative has been all about disaster. But there’s a competing story out there built on hope, and it’s starting to gather momentum. Because if you take the trouble to look around, there’s actually a lot of hope for the climate out there. Extraordinary people are doing extraordinary things, with new technologies emerging all the time.

“Most of the info out there is heavy and overwhelming,” says Damon Gameau, director of new climate film 2040. “And as important as that stuff is, it can shut people down. When you go outside the mainstream narrative, there’s hope there, in the shadows. You find this whole movement of people just rolling up their sleeves and getting on with it.

So in the interests of hope, here’s a bunch of tech-related climate initiatives going on right now – many explored in more detail in 2040 – that are happening right around us. And they’re starting to make a difference. 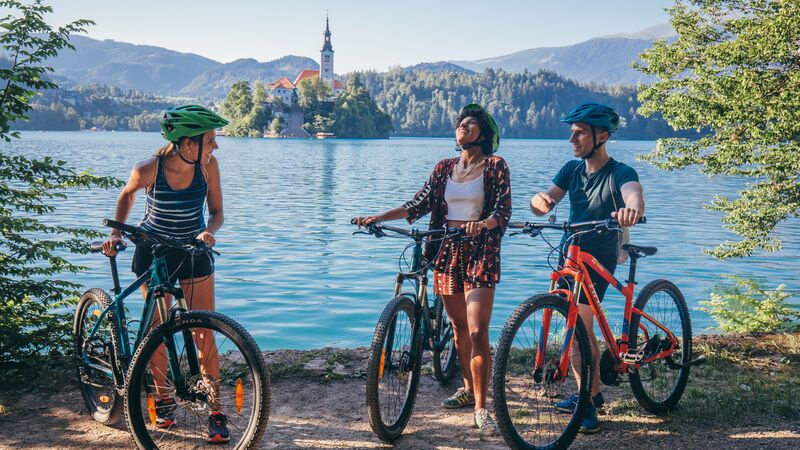 Travel accounts for 8% of global carbon emissions, but Damon says the trends are generally positive, and there’s plenty that people can do to limit their individual impact. “Just be smarter with your travel,” he says. “You can easily search carbon offset flights now; there are even AirBnbs that use renewable energy. You should take public transport or electric cars, and buy local wherever you can.” Eco-friendly tourism is now one of the fastest growing travel trends in the world. Tour companies are scaling back popular trips to avoid overtourism, promoting so-called ‘undertourism’ instead. Airlines are researching new climate friendlier alternatives, like biofuels. There’s even a growing ‘no fly’ movement, which started in Sweden, that promotes more sustainable means of global transport. 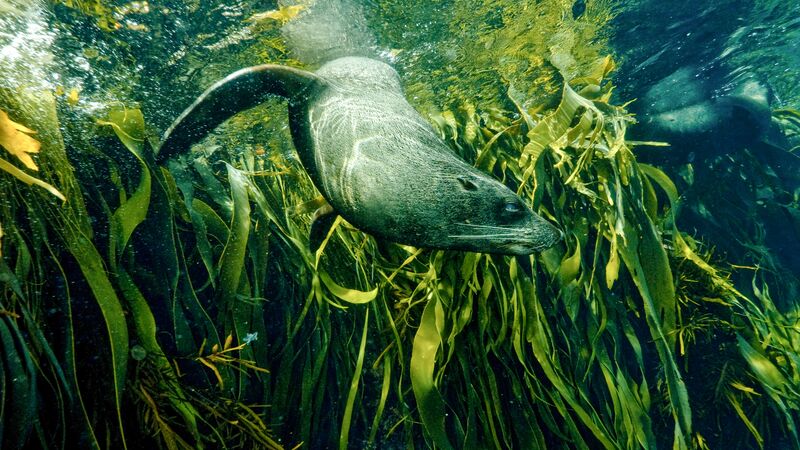 In April 2019, in partnership with 2040, Intrepid joined forces with The Climate Foundation to fund research into Australia’s first marine permaculture program: a seaweed farm off the coast of Tasmania. It turns out seaweed might be the key to unlocking the whole carbon-melting-the-planet problem. Not only does seaweed make up the majority of all marine aquaculture production by tonnage, but you can reduce most of the methane emission from cattle by adding just 1% seaweed to the average livestock diet. Seaweed also fixes a huge amount of carbon from the atmosphere. Thanks to The Climate Foundation and the University of Tasmania, plans are underway to install the first trial marine permaculture array to include upwelling off the coast of Tasmania, forming the structure for huge new regenerative kelp forests. 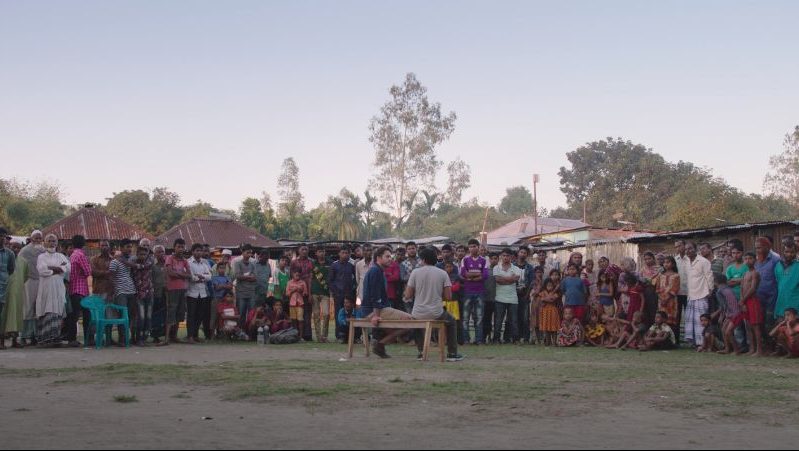 Bangladesh is one step closer to meeting its renewables targets this year, finishing a new solar PV installation – the second biggest in the country. It’s part of a new surge in renewable investment happening all over the world. Farming communities in India are now selling their surplus solar energy. Social enterprise Pollinate Energy is educating families living in Indian slums about clean energy alternatives, and is providing them with carbon-free solar lights; these lights are cleaner and brighter than kerosene lamps, making it easier for women to cook and for children to study at night. There are now 90 new solar projects underway in Australia alone, delivering over $25 billion in investment. In fact, 2018 was a huge year for Australian solar, adding 1.55GW of new capacity from solar rooftops across the grid. The country now gets 21% of its power from renewables, which is more than enough to keep the lights running in every Australian house. Israel is going one step further, building a 4,000 acre solar farm (one of the largest in the world) deep in the Negev Desert. “It’s hard not to get excited about how quickly the price of renewable energy is falling,” Damon says. “Soon it won’t make sense to use anything else.” 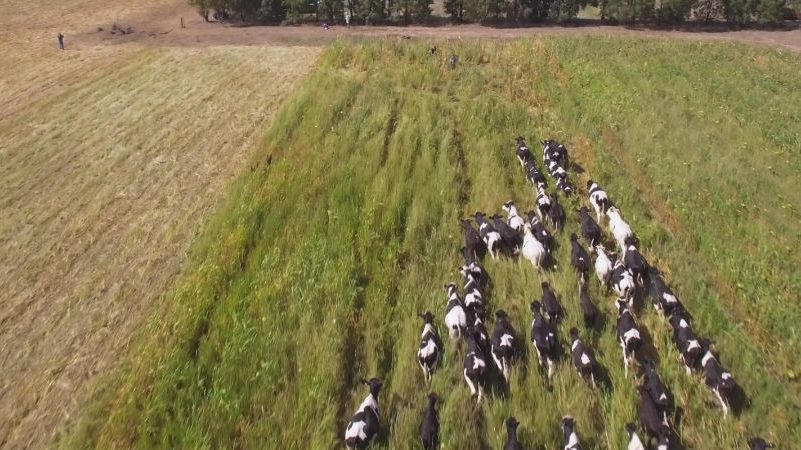 “Regenerative agriculture is the big one,” says Damon. “We’ve only got 60 years of topsoil left. By improving our soil we’re taking carbon out of the atmosphere and improving our food.”  There are examples of these old-school regenerative farming practices all over the world, and the movement is growing. At Great Plains Buffalo in America, they’re reversing desertification by moving buffalo across the land in a way that mimics traditional migration routes; Australian sheep farmers are doing the same thing. Organisations like Soils For Life are, in a way, teaching farmers how to farm again, swapping pesticides and agrochemicals for no-till farming and crop rotation. And it’s working; researchers with Project Drawdown, a climate non-profit, estimate that regenerative farming land will grow to 1 billion acres by 2050. 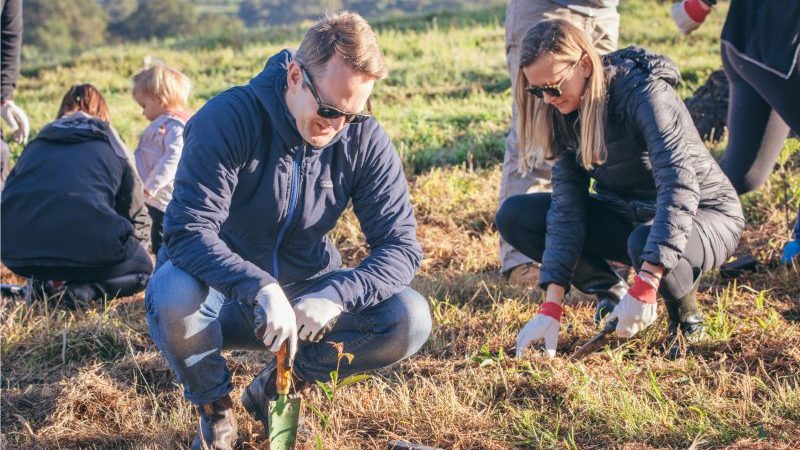 The global reforestation movement is turning into a very green juggernaut. China has already promised to plant a forest the size of Ireland. India planted 66 million trees in 12 hours last year (thanks to 1.5 million volunteers in Madhya Pradesh). Everywhere you look, there’s a story about governments finally doing the right thing: protecting the trees that already exist, and planting a lot of new ones (the Australian government has pledged 20 million new trees by 2020). The global rate of deforestation, while still not fantastic, has slowed by more than half over the last 25 years. Projects like the ones above are hoping to actually reverse that process: to plant more trees than we lose each year.

RELATED: WHY PLANTING TREES WILL BE THE HIGHLIGHT OF YOUR ICELAND ADVENTURE

Even the fashion industry is evolving when it comes to climate change (which is a good thing, since fashion is on track to account for a quarter of the world’s carbon by 2050). “I think what’s happening with resource sharing, the end of fast fashion, the growth to upcycling and re-using clothes, within 10 years that will make a huge difference to climate change,” says Damon. You don’t have to look far for encouraging examples; Adidas is stepping up its production of shoes made from recycled ocean plastic, and fashion ‘rental’ businesses are popping up in most countries. In fact, the second-hand clothes industry is set to overtake fast fashion in the next ten years, thanks to brands like thredUP. The Climate Foundation has been researching clothing textiles made from seaweed fibres, resulting in clothing made entirely from marine materials, requiring no land area or fresh water and achieving new levels of sustainability.

Find out more about these awesome initiatives by watching 2040. To donate to The Intrepid Foundation’s seaweed regeneration, click here.

9 ways to immerse yourself in Australia’s Red...

This is my favorite post of yours, in my opinin the most important. I am trying to spread awareness about sustainable tourism and our responsibility to limit waste, buy locally and care about CO2 emission. The more posts like that the better, as more and more people will get conscious <3