Meet the Vietnamese young people cooking their way out of hardship 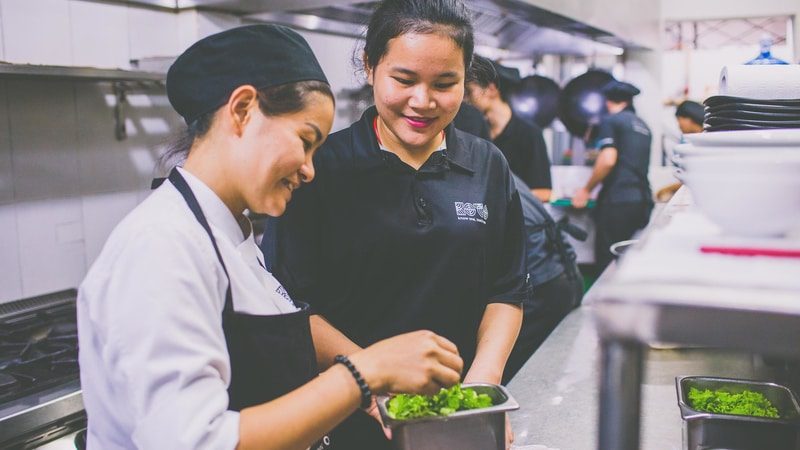 In Hanoi, an inspiring social enterprise is giving disadvantaged young people new hope for the future, one recipe at a time.

This article was originally published on Adventure.com.

Do is from a small village, tucked away in the mountainous region of Dien Bien, Vietnam, about as far west as you can get from Hanoi. It’s a place seldom visited by tourists. Or anyone, for that matter.

18-year-old Do is Hmong, one of Vietnam’s 54 recognized ethnic groups, and today in Hanoi, he’s politely plying me with a string of questions about my life in London. We talk about the food, the weather, and football—agreeing to disagree on who the best English team is.

Jovial though he seems, Do is a long way from home. He shows me a traditional beaded bag that his older sister made for him. “When I miss home, I get this out to remind me why I am here,” he explains. “When I arrived here, I cried because it is hard to be away from my family. But after two years with KOTO, I know I will get a stable job and be able to support my family.”

KOTO, which stands for ‘Know One Teach One,’ has been transforming lives in Vietnam since before Do was born. Established in Hanoi nearly 20 years ago, the social enterprise’s two-year scholarship program offers disadvantaged youth hope for a better future through training and opportunity. Do is one such youth.

“The acceptance letter says ‘Congratulations, you’re about to change your life’,” explains KOTO founder Jimmy Pham. And lives really do get changed—there’s no other training like this in Vietnam that’s free of charge, and there’s no welfare system in Vietnam either. “Without the training, some of these kids would go back to a life of crime, back to drugs or prostitution,” says Jimmy. “But with the training, they get practical hospitality expertise, an internationally recognized accreditation.”

Mentored by a dedicated team of staff and volunteers, the young participants of KOTO are also offered classes on important life skills (including personal finance, sex education, English, and health and interpersonal skills). The program not only equips youth with the skills necessary for a sustainable career, it provides them with a family.

Jimmy was born in Ho Chi Minh City in 1972 to a Vietnamese mother and a Korean father. His family left Vietnam when he was two, and eventually settled in Sydney, Australia.

“The kids now are very different to the kids when I first started. KOTO trainees today generally consist of youths who have been trafficked, imprisoned, or physically and sexually abused.”

At 23, Jimmy returned to Vietnam as a tour leader for Intrepid Travel and was inspired to do something about the level of poverty he saw. “You see the poverty so visibly; you can’t not be touched,” he says. “I saw a little girl crying—her father was an alcoholic, her mother a gambler … And I decided then to make a change.”

The situation in Vietnam today is very different. The percentage of people living in poverty had decreased from nearly 60 per cent in the 1990s to less than 10 per cent today.

While widespread poverty is less of a concern, greater economic wealth has produced some unexpected side effects. “The kids now are very different to the kids when I first started,” Jimmy says. “KOTO trainees today generally consist of youths who have been trafficked, imprisoned, or physically and sexually abused.”

Focus has also shifted to Vietnam’s ethnic minority groups, many of whom live in the mountainous regions. Some nine million Vietnamese still live in extreme poverty, with ethnic minorities making up 72 per cent of Vietnam’s poorest people.

As I explore KOTO’s training center, I’m greeted by smiling teenagers, all eager to practice their (already impressive) English. “Hello, good morning! Welcome to KOTO!” smiles one youngster as he rushes past me to class.

“It’s hard to enjoy life when you worry about money all the time. I used to only think about earning enough to eat, so making friends was hard.”

The facility is comprised of classrooms, training kitchens, a library, canteen and dormitories. With four concurrent groups of trainees—each starting at six-month intervals—the center has an atmosphere of a busy college campus.

The latest group of 36 trainees (or ‘Class 34’, as they’re known), are receiving support from The Intrepid Foundation, the charitable arm of Intrepid, throughout their two-year journey with KOTO.

In KOTO’s courtyard, I find a group of trainees gathered around one of the volunteers. ‘Gathered’ is an understatement; I can barely see the figure as he is mobbed by trainees all vying for his attention.

Andrew, an American volunteer who’s been with the program for the past six months, is doling out handshakes and encouraging words to everyone around him. “I’ll probably end up on the staff here” he says. “Since I got involved with the organization, it’s difficult to see myself doing anything else in life.”

Andrew has been involved in hospitality all his life, including a number of years as an international tour guide. Despite having traveled to over 74 countries, he says he’s never been happier than when participating in meaningful social work. “I used to bring tour groups to the KOTO restaurant,” he says. “That’s how I learned about the important work they do here.”

Andrew reminds me that the students of Class 34 have been together for only two weeks. “I admire their courage. They come from rural communities, often from terrible personal situations, and into a city of 10 million people. They’re a special group of people.”

Over lunch in the canteen—which is staffed by the trainees themselves—I chat with a group from Class 34. At 22 years old, Phat is the oldest, and dreams of opening his own restaurant so he can help other kids. He says that he feels like an older brother to many of his classmates. He worked on a construction site at the age of 15, and then as a motorbike taxi driver. “It’s hard to enjoy life when you worry about money all the time,” he says. “I used to only think about earning enough to eat, so making friends was hard.”

Nhi comes from Ben Tre, in the Mekong Delta, and had a difficult childhood. Her mother has a mental health disability, and was unable to care for her at all. Nhi has had to rely on community handouts for everything from food to clothing and the little schooling she received.

Nhi’s ambition after two weeks at KOTO is typical of the trainees I meet: Many begin with a desire for a steady job and the ability to provide for their family, but as their confidence grows, their ambitions skyrocket.

Much is also said of the KOTO alumni, the 700-plus people who have passed through the doors of the organization over the last 20 years. “It’s amazing to see where KOTO graduates pop up,” says Ngoc Nguyen, one of the staff. “Many support new graduates with jobs in the restaurants they run and some come back to volunteer and work with KOTO.”

The current marketing director, Huong, is one of these returnees. Forced to drop out of school at 13, she moved to Hanoi alone, hoping to earn money to support her mother and sister. Following her graduation from KOTO in 2007, she received scholarships to study business in Australia, and then a Masters degree. She’s now back working with KOTO to transform other lives, and is a role model for many of the trainees.

My day with KOTO ends the way most travelers get to experience the organization—with a visit to the training restaurant in Hanoi. Students from Class 34 are at the restaurant to observe Class 32 in action. The senior class, halfway through their training by now, are clearly confident in the kitchen.

True to the ‘Know One Teach One’ principal, these students take Class 34 under their wing—guiding them around the restaurant and showing the wide-eyed newcomers how everything works. “I’m always ready to help Class 34,” explains 19-year-old Tho. “They are brothers and sisters to me. And while I don’t have any money right now, I have something better to share—I have knowledge.”

Visit The Intrepid Foundation to donate to KOTO and help transform the lives of young people in Hanoi. 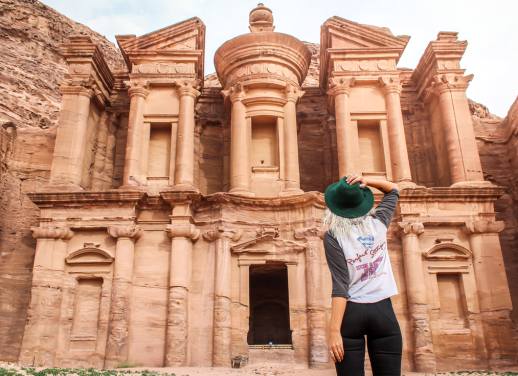 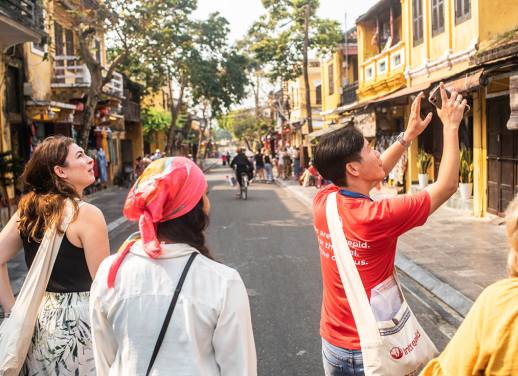 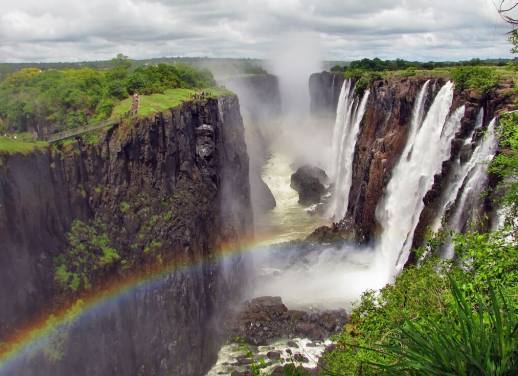 Travis is a British photographer currently based in Vietnam. His work, focusing on social issues and globalization, has received numerous awards and been published and exhibited internationally.