Home » What you probably don’t know about Svalbard
Features

What you probably don’t know about Svalbard

The Norwegian Arctic archipelago of Svalbard is a fantastic location for seeking out wildlife, but there’s more than that to discover in this intriguing land.

You have a more than excellent chance of seeing the fearsome polar bear, as well as groups of bloated walrus, the somewhat dumpy Svalbard reindeer and even the Arctic fox. In the water you can encounter a variety of whales and all sorts of seals, often hauled up on pack ice.
Even during the summer months, when the sun never sets, you can find vast sheets of floating pack ice stretching for miles. This is the favoured hunting ground of the polar bear as they attempt to ambush seals and even walrus.

A number of islands make up the Svalbard Archipelago, and many of these are covered in snow-capped mountains. With so much ice and snow around, many of the slopes of the mountains are fringed with glaciers that plunge down into the sea; forming sheer ice faces that are so cold they form their own wind! A lot of the mountains seem to be very dark, and covered in dappled snow they can appear like giant killer whales hunched over the land.

But Svalbard is about more than just wildlife and landscapes. For such a seemingly deserted place, there is a surprising amount of history here.

In the recent history, a brave band of local hunters and trappers used to spend the cold and dark days of the polar winter out in the wilds; hunting and trapping animals for their furs. Although with todays sensibilities, this seems like an indefensible thing to do, many of the hunters were incredibly brave and hardy, spending the long winter months alone on the ice.

During the Arctic winter, there are months of complete darkness and the temperatures drop to well below freezing. The trappers built huts that had to be strong enough to withstand the weather, and also the attentions of hungry polar bears as the hunters became the hunted. During this time, the polar bears and the Arctic foxes grew the thickest and whitest coats; giving the hunters a better price for their furs.

As you travel around the islands that make up Svalbard, you will occasionally see a solitary hut on the shore. Often there will be other artefacts here: sometimes an abandoned rowboat, other times a grindstone for sharpening knives. These huts have a feeling of loneliness when visited in the relatively warm summer months.

In the freezing dark of the winter these huts must have been terrifying places to be; knowing that every time you set foot outside, a polar bear could be lying in wait in the gloom. On many times the hungry polar bears didn’t wait for the hunters to emerge, and tried to fight their way into the dwelling to get their meal.

The small museum in the town of Longyearbyen on the main island of Spitsbergen tells the story of many of the hunters and has a number of their possessions. You can even see the a rifle with a stuck cartridge that was found next to the remains of a trapper called Georg Nilsen, who was killed by a polar bear in 1921.

Longyearbyen is an odd town, with a population of around 2000 people. This is a family town and there are rows of bright coloured houses, schools and playgrounds, as well as a series of hotel and tourist shops. Longyearbyen is the base for any of the Arctic voyages that head into the archipelago.

Some of the most famous road signs in Norway are the Polar Bear warning signs on the outskirsts of town. If you set foot outside of the town, then you will need an armed guard with flares and a rifle to scare off any bears that might be encountered. You can see bears here though: there are stuffed bears in the museum, the church hall and even by the baggage reclaim in the airport.

Famously it is said to be illegal to die in Longyearbyen, as the graveyard is full, and the bodies remain frozen and don’t decompose. What the penalty is for breaking this law though, I have never found out!

In June this year I am looking forward to leading a specialist photography tour to Spitsbergen which starts in Longyearbyen. I will be holiding a series of talks on all aspects of photography on the boat, and we will be having private Zodiac excursions when on board so that we can maximise our photo-opportunities.

If you are based in London, you’re welcome to come along to my talk on Arctic photography, which will be held at the Intrepid store in Islington on 20 March, 2014. If you’re interested in joining the Spitsbergen trip, it’s a great opportunity to ask questions and the Intrepid team will be on hand to help find you the best holiday deals. 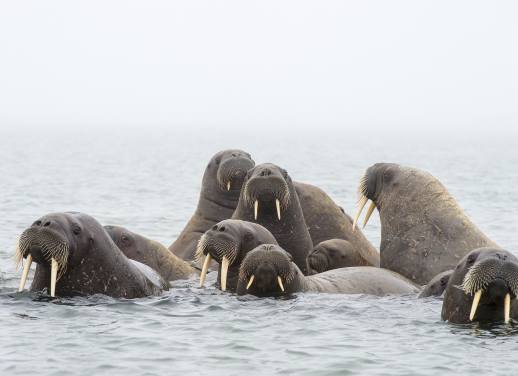 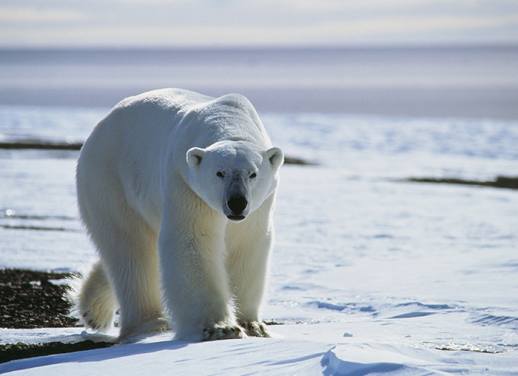 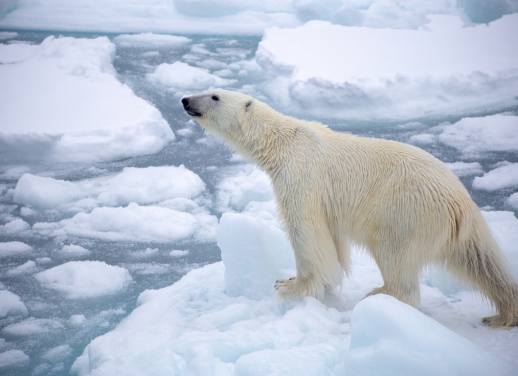 Haha..love the way you simply write during winter times the temperature drops “well below freezing”…heh 🙂
I really loved my time in Svalbard and am actually planning to come back. There is something about the eternal ice wastes that speaks to my heart.

It’s not just about the polar bears..but it is actually more about being alone. I am an introvert and Thailand gives me the creeps. Svalbard on the other hand …ah.. 🙂

Hello
I am an Italian boy of Milan and I want to come to Svalbard on a
trip-expedition
I always travel alone and I have already had experience in cold regions
of the world, Mongolia, Nepal, Patagonia … so they are motivated to
visit the Svalbard
I’m a climber and I have experience of touring and travel in very basic
tent. I would then organize my trip in your land, you can help me?

the period that would interest me is from 25/03 to 04/07 because there
is not enough light, but I think there’s a chance to see the northern
lights at night

I pointed to what I would do and I hope you can make a suggestion, I would:
– To experience a few days of touring in tent and ski – alpinism
– Go on Arctic pack and try to spot polar bears
– Make a turn in a kayak in the ice
– Take a trip with sled dogs
– Visit the ice caves

As mentioned usually I travel solo and I’d do it myself with a big
savings, but I ask you to be up to the budget where possible. I should
point out that journey always so very basic so I ask you to avoid
“tourist services” and dedicate yourself to the adventure For
overnight stays in Longyearbyen / other country I can find a hostel for
the rest okay tents or shelters. (I have a tent if it helps)

Thanks for everything and I await your
Hello
Luca

Thanks for getting in touch. We have a few tours that run through Svalbard. The best place to start would be to check out our Arctic tours here and then give one of our adventure specialists a call on +49 (0)8024 474490. They can help you find the trip that’s right for you.

I was just the other day looking at my scratch map up on my wall when I first noticed Svalbard and wondered where I could get some information about it because I had never heard of Svalbard and was curious to know more! When I got the Intrepid Express email I was delighted to see the link to your story! Although it will be some time before I head to Svalbard I would like to say thank you Steve and Intrepid for reading my mind and continuing to surprise and inspire me!

Hi Kiah,
Thanks so much for subscribing to Intrepid Express. It’s great to hear that we featured a destination that’s on your wish list and we look forward to you joining us on an adventure soon.
Best wishes,
Sue, Intrepid Express Editor