Home » How to spend 48 hours in Madrid
Guides

How to spend 48 hours in Madrid 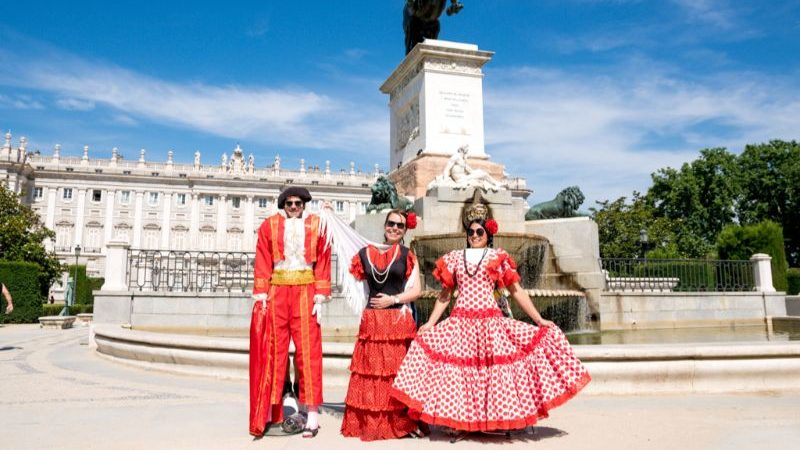 If you like it hot, then you’ll love Madrid. The capital of Spain is sizzling, and not just because of the summer heat.

A few years ago, I ended up in Madrid for a week at the end of three months travelling – and fell for the food, the history and the way life is lived in the squares and on the streets. After just two days in town, I guarantee you’ll fall too. Pops of colour all over the city. Photo by Lukasz Janyst.

Spain doesn’t have the best reputation for breakfast – unless you happen to have a deep passion for tomatoes on toast with a side of orange juice. But shake off that preconception, along with the fog of the night before, at HanSo, a cafe in Malasaña that does Spanish classics with a Japanese twist.  After breakfast, stroll through the streets of Malasaña, still the coolest suburb in town and painted with colourful street art. Here, you’ll find vintage shops, art gallery-esque boutiques, and a cheese emporium that will give you a lactose intolerance just from looking at it.

EXPLORE OUR RANGE OF SMALL GROUP ADVENTURES IN MADRID HERE 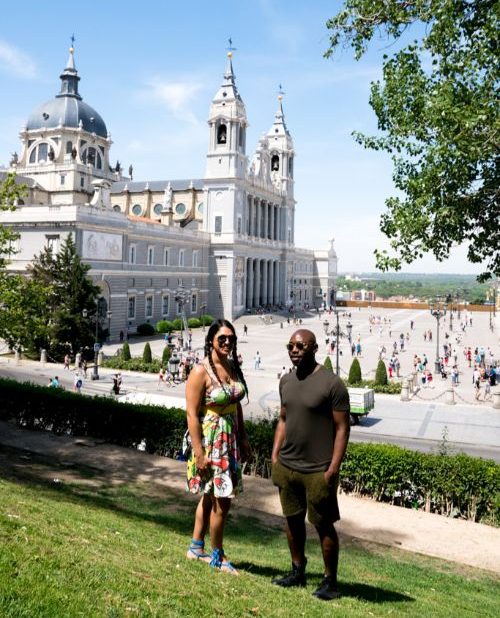 A quick pit stop to admire the view!

Head through the Plaza de España to the Temple of Debod, which was donated to Madrid by the Egyptian government. Wander behind the temple, where you’ll find a panoramic view of the city. Wave hello and take a cheeky photo.

From here, head to the Museo de Cerralbo, the mansion of the late Marqués de Cerralbo. It has a fraction of the crowds of the palace, but almost as much bling – the family that lived here never met a chandelier they didn’t like. It’s a fascinating glimpse into a ridiculous level of wealth; there are also numerous opportunities for selfies in some of the most ornate gilded mirrors you’ve ever seen. 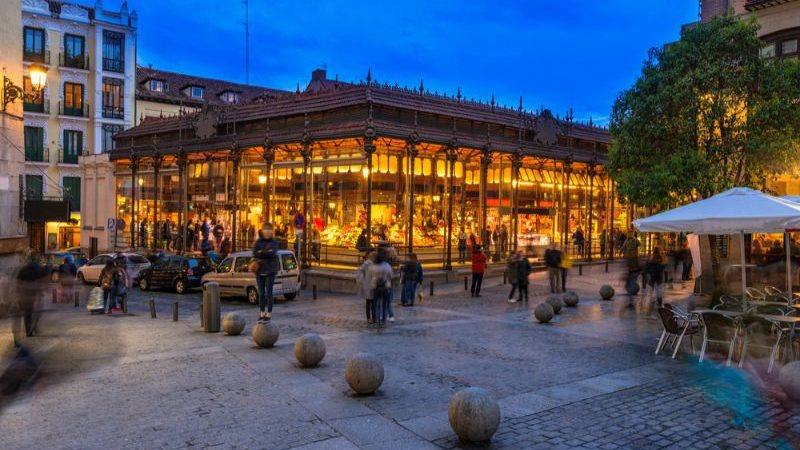 Walk down the grand Calle de Bailén past the palace on your way to the Mercado De San Miguel, an historic food market in an early 20th-century wrought iron-and-glass box. Check out the stalls for a glimpse of Spain on the plate, then head through the neighbouring Plaza Mayor to Takos Al Pastor, where the tacos are €1, the quesadillas are cheesier than a Hallmark movie, and the frozen margaritas are €3. But don’t make like Ernest Hemingway just yet; you want to stay clear-headed for your afternoon adventures.

RELATED: SPAIN IN ONE WEEK: THE ULTIMATE GUIDE

Long a destination for literary lovers and political rabble-rousers, Madrid has almost as many bookshops as it has bars. My favourite? Desperate Literature, a small shop off Calle Gran Vía that sells a mix of literary fiction, poetry, memoirs and children’s books. This is the place to discover your favourite new small press, or find out about the underground slam poetry event happening later that night. 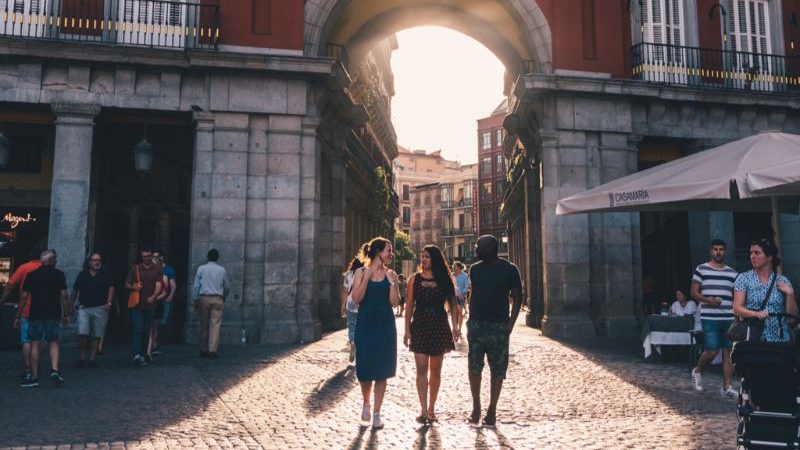 Is it too late for a siesta?

Spain, like most Mediterranean countries, gets up late and stays out later. If you don’t feel like waiting until 9pm for dinner, get a head start on the Madrileños – at least you can be sure of nabbing a table. At Bodegas el Maño in Malasaña, there’s vermouth on tap, octopus and tortilla on the table… are you in love yet?

You’re in the nightlife centre of Madrid, so roll away from dinner and straight into any one of the best bars in town. The undisputed cocktail crown of the city goes to 1862 on Calle Pez. But in this neighbourhood, every second door opens onto a bar, so trust your instincts, pick a drinking spot with a crowd outside, and enjoy some of the best people watching in Madrid. 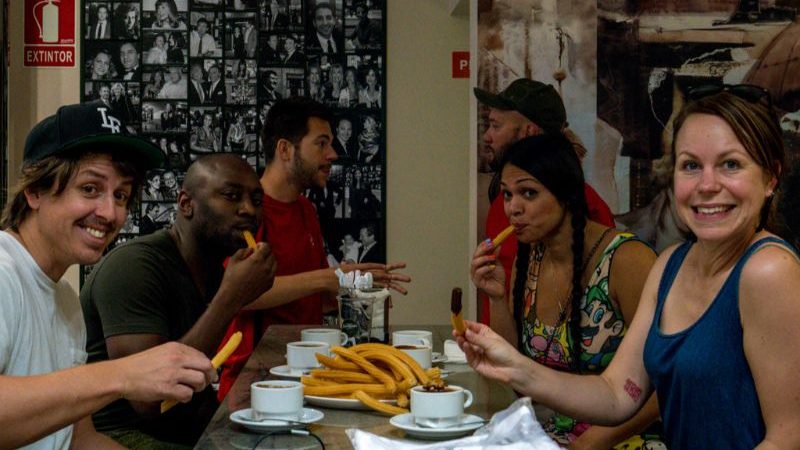 Any time is churros time.

It’s still early to go to bed by local standards. Make a pit-stop to San Gines, a café that’s been selling churros and chocolate since 1894, and is open 24 hours a day. Pop in for the most decadent late-night snack you can imagine ­­– dunking deep-fried dough sticks into melted dark chocolate until there’s nothing left. Not even your dignity.

I think Misión the best cafe in town, and I even bought the t-shirt to prove it. Your only problem here will be knowing what to order. Coffee (of course), the salmon on toast and a baked treat for afters? 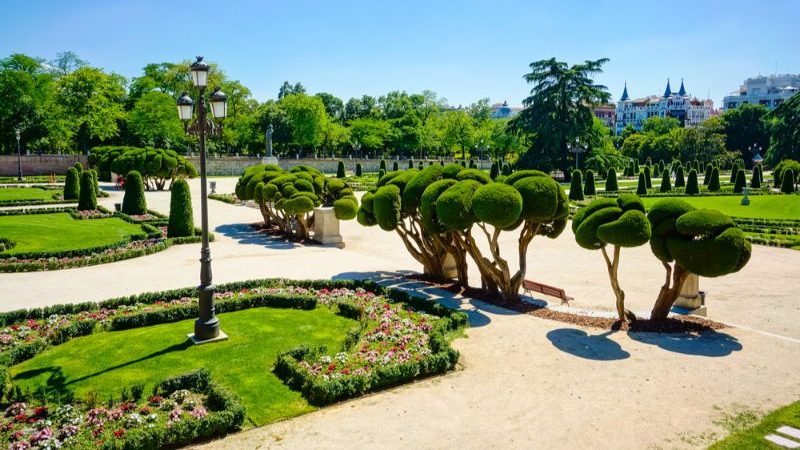 You can’t come to Madrid and not head to one of the major art galleries. My favourite is the Reina Sofia (if you wait until 1:30pm on Sundays, entry to Collection 1 is free). This is where you’ll find Guernica, Picasso’s black-and-white masterpiece, painted in remembrance of when the Nazis bombed a town in the Basque country during the Spanish Civil War. A quick whiz around the gallery and then it’s back into the sunshine and into the nearby Retiro park, where the ice-cream is cold and the grass is basically inviting you to lie down. 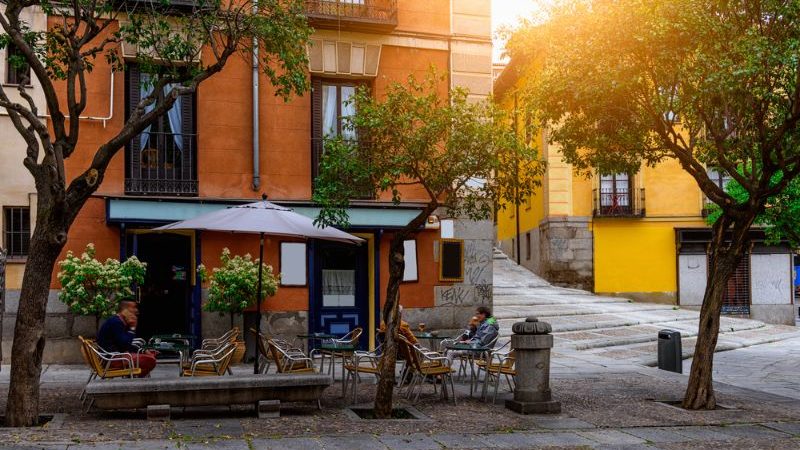 Enjoy a little tinto de verano at a bar like this. Photo by Catarina Belova.

It’s lunchtime, so head to my favourite bar in the world, La Venencia. This revolutionary hang-out was where anti-fascists and Republican soldiers drank during the Spanish Civil War, and the dark wood walls still look like they’re full of secrets. There are no photos allowed here (just in case any spies are lurking) so it remains the best place to whisper a rumour or two while snacking on tapas plates. The only catch? It’s a sherry bar. They serve five different varietals of this traditional Spanish drink, so work your way through the list, and you might acquire a taste for it.

Our whistle-stop tour of Madrid has come to an end, so say goodbye to La Venencia, pick up a ridiculous old-fashioned baked good from La Mallorquina for your onward journey. Ciao until next time. You will be back.

In the mood for Madrid? See it on a small group adventure with Intrepid – explore our range of tours here.

All images by Mark Borton, unless otherwise stated. 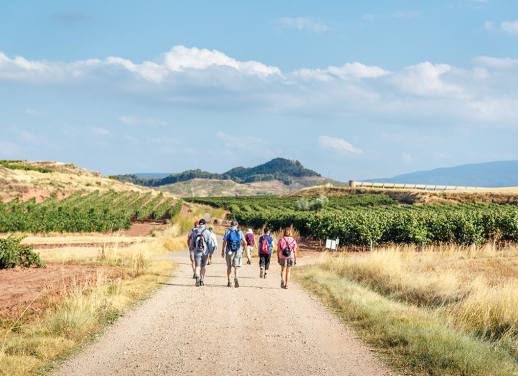