Home » Visiting Chernobyl with Intrepid: What it’s like and what to know
Features

Visiting Chernobyl with Intrepid: What it’s like and what to know 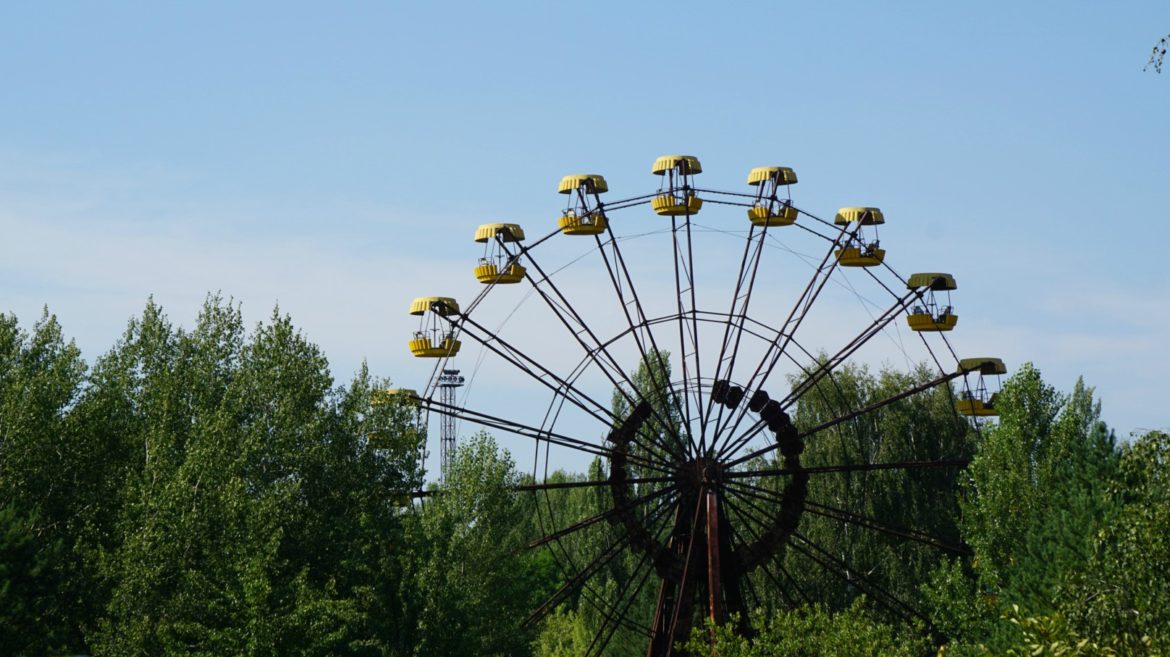 The scenery on the dusty road from Kiev to Chernobyl morphs from industrial skyline to fields painted yellow with sunflowers and corn.

At the first security checkpoint nearly two hours later, the landscape changes again, this time to the overgrown forest that surrounds the 2,600 km2  nuclear disaster zone. The last 10 miles are empty except for military and work vehicles. As our group on Intrepid’s Moldova, Ukraine & Romania Explorer trip reaches reactor #4, we gasp in disbelief to be just feet away from the site of the meltdown.

Many of us chose this trip specifically for Chernobyl and the remnants of life in the former USSR. When we arrive at the site where few other visitors dare to go, we feel like we’ve landed in a fabled place that most will only ever see in history books. 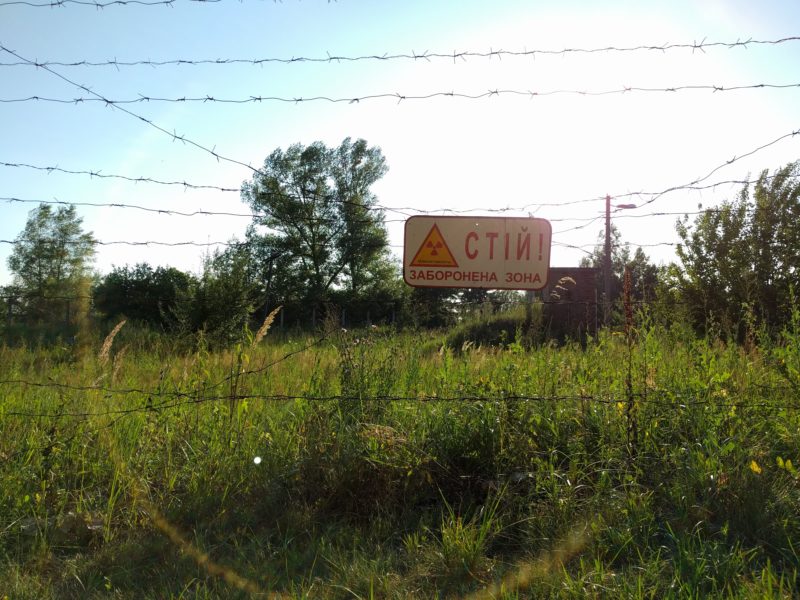 Why go to Chernobyl?

“Why would you want to go there?” my mother asked as I explained the itinerary for the first leg of my round-the-world adventure. “Isn’t it a ghost town full of deadly radiation?”

Actually, neither part of the statement are quite true.

The radiation levels in most areas are low enough that visitors can safely spend a day or two in the exclusion zone with less exposure to radiation than on a transatlantic flight. There are thousands of construction workers, support staff and engineers rotating in and out of the now-defunct plant to ensure its radioactive contents don’t seep further into the land and air. 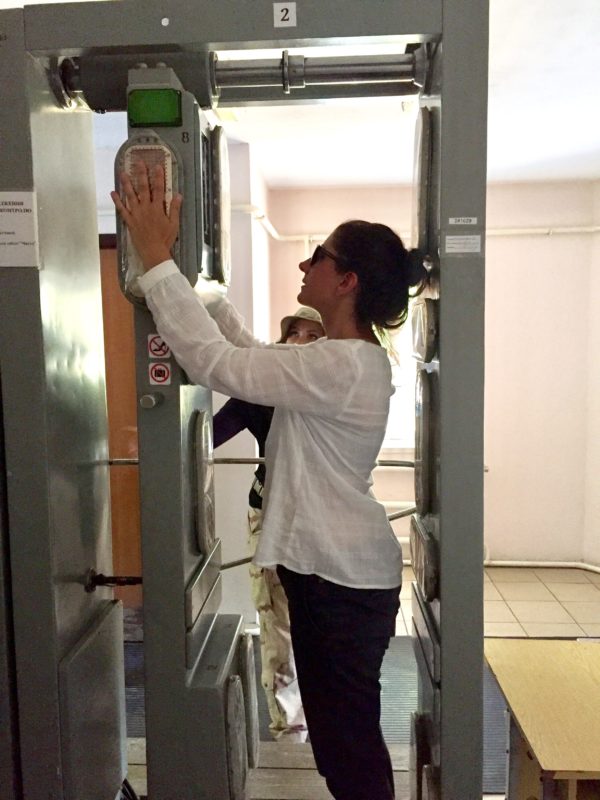 Standing by a radiation detector

So it’s safe, but why visit the site of the world’s largest nuclear disaster?

Having watched the disaster unfold on TV as a child, the ruins of Chernobyl have been high on my list of must-visit destinations. In April of 1986, during the twilight of the Cold War, Chernobyl’s nuclear reactor #4 exploded following a failed safety test. I was fixated as newscasters described an apocalyptic place uninhabitable for hundreds of years.

This mysterious destination locked far behind the Iron Curtain was like the great unknown for a 6th grader in Western NY. Half-informed talking heads on CNN discussing radioactive wastelands and the toxic fallout that drifted over Europe made me at once curious and terrified. 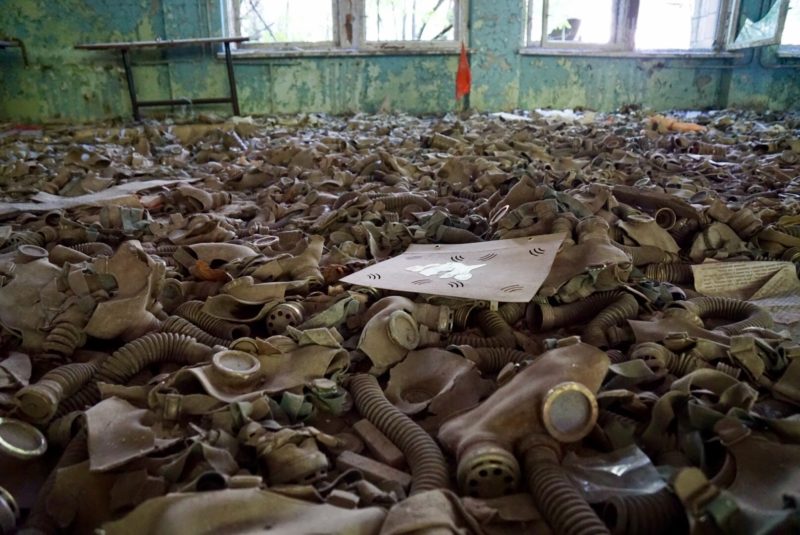 VISIT CHERNOBYL ON THIS 13-DAY ADVENTURE THROUGH ROMANIA, MOLDOVA AND UKRAINE

On April 26, 1986, Ivan Ivanovich, a native Ukrainian, was at home a few miles from Chernobyl when he heard a terrible sound. “An explosion,” he noted. “Much louder than any of the other times the plant malfunctioned.” While the world only knows of the final disaster at Chernobyl, Ivan, now in his late 80s with deep lines in his face from years of toiling outdoors, worked at the plant in various positions. He recalls often hearing loud bangs, noting “the plant was never safe.”

Our group meets Ivan on our trip to the exclusion zone. He’s one of less than 100 self-settlers who remain. A few thousand returned in the years following the disaster. Some were wary of being “nuclear refugees” reassigned to city dwellings, while others didn’t take seriously the threat of the unseen poison.

Ivan understood the dangers, but chose to return to rural life with his wife. Though she recently passed away, he remains in a small house that’s been unchanged since the 1980s. He has sporadic electricity and subsists on crops he grows himself, wild boar, chickens, and a handful of pantry staples. On a hot August day we bring him food and snacks from the one store in the exclusion. We join him in his garden as he recounts that fateful day and the challenges of the last 30 years. 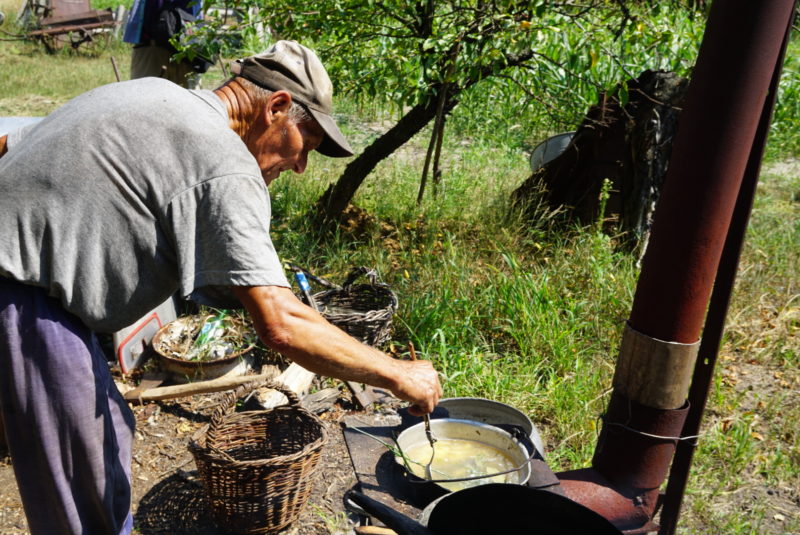 “This is where I belong. I’m going to die here,” he notes when asked if he’d rather live in more comfortable dwellings with his sons in Kiev. Instead, he tends to an outdoor fire where he simmers homemade soup for lunch on a stove made of metal scraps. It’s fair to say the group and I were humbled by this once-in-a-lifetime opportunity to speak to a survivor.

A walk through now-deserted Pripyat – the gated community built for high ranking Soviet officials, engineers, and scientists who worked at Chernobyl – has the chilling feeling of entering an abandoned horror movie set. It’s also a time capsule of Soviet life before the fall of communism in Eastern Europe. The Auditorium is in perpetual party mode littered with Soviet propaganda for the May Day celebration that never took place.

In the hospital operating room, vials are scattered in a glass cabinet, while patient records, handwritten in Russian, lay strewn on the floor.

In the elementary school canteen, child-sized gas masks lay in a sea of debris. We learn the masks remain in the school because they were never used. When the town was evacuated more than 36 hours after the explosion, residents remained unaware of the danger. To avoid panic, officials said there was a small fire, and encouraged everyone to take just a few days’ worth of clothing. They were told they’d be home within a week.

I, along with my fellow travelers, consider ourselves history buffs with a comprehensive knowledge of Chernobyl. After the tour we realized all the details the news reports left out, and came away with a much deeper understanding of the complicated legacy of the disaster. 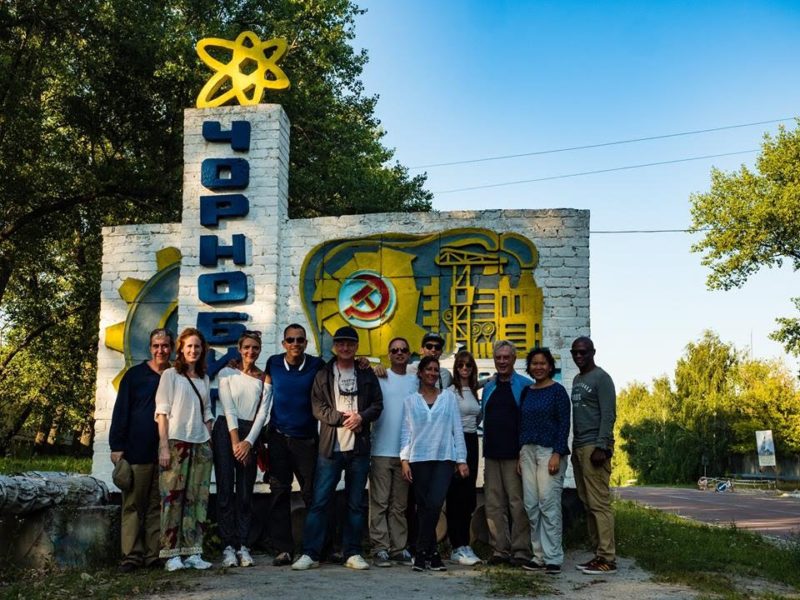 With my Intrepid group

This accidental tourist spot, created from the world’s largest nuclear disaster, is temporary. One of the biggest factors in choosing to go now was to see this evolving landscape before it’s too late. The forest is swallowing the town of Pripyat, and rain, snow, and wild dogs are taking a toll on the buildings. In 10 or 20 years the area will be overgrown.

The famous Ferris wheel, never used for its planned debut on May Day, will droop. Rusty bolts will dislodge, and one by one carriages will plummet to the ground. Today you can walk through the time capsule. In another generation, it will be lost except for in history books. 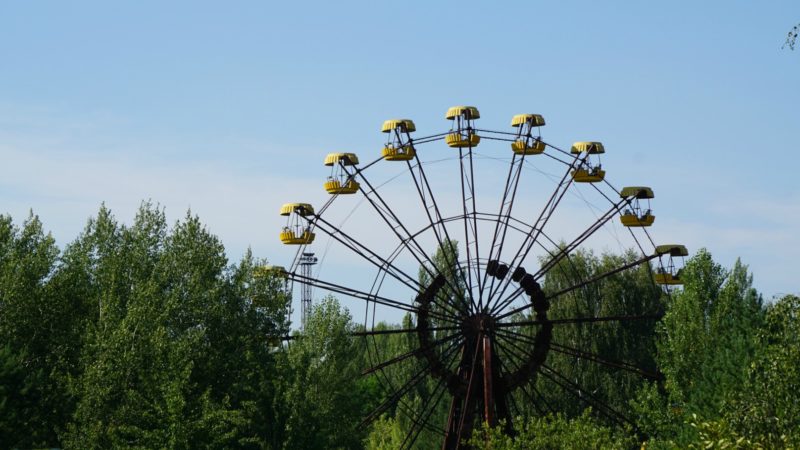 Visiting Chernobyl: to know before you go

Ready to embark on the adventure this writer visited Chernobyl on? Check out Intrepid’s Moldova, Ukraine and Romania trip. 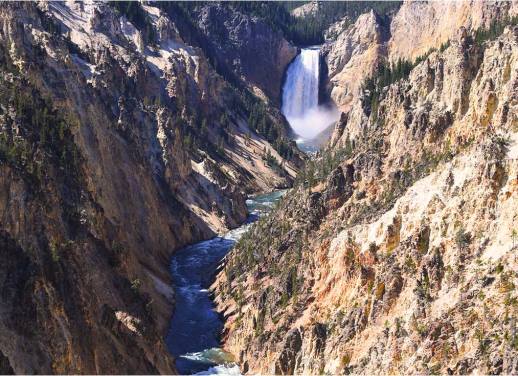 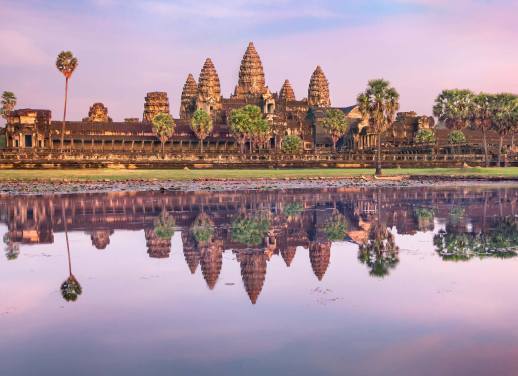 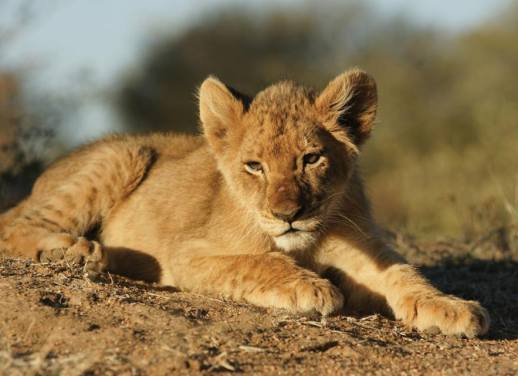 I am glad to read this article and I would to share with friends and family. Thanks for providing this amazing article. Keep it up with good work and keep sharing.

Do we need visas for this trip to Ukraine. I’ve not received any information about this from Intrepid.

You should be able to view information about visas in the Essential Trip Information field on the trip page on our website. The Ukraine has recently relaxed its visa restrictions, and citizens of the USA, Canada and EU member countries can now visit up to 90 days without a visa. Australian and New Zealand passport holders still need to obtain a visa before arrival, however an invitation letter is no longer required in order to apply; since April 2018 it is also possible for these nationalities to apply for an e-visa online. Please find more details here: https://evisa.mfa.gov.ua/Help. If you need any extra info, please contact our Sales Team here.

I have always been interested in Chernobyl. I think it’s because of the “time stands still” thing and the fact that it’s probably a haunting place. I’ve got some great friends from Ukraine who would love to visit also 🙂

Saw a wonderful video about the Wolves of Chernobyl. Documents the forest and grasslands and animals reclaiming the are? Beautiful photography. Youtube.

wonderfully captured! and totally worth the visit

I’ve never really thought about visiting Chernobyl but it’s probably just made it on to my bucket list now. Very interesting piece.