Home » In search of one of the world’s rarest cacao beans, a journey through the Peruvian jungle
Stories

In search of one of the world’s rarest cacao beans, a journey through the Peruvian jungle 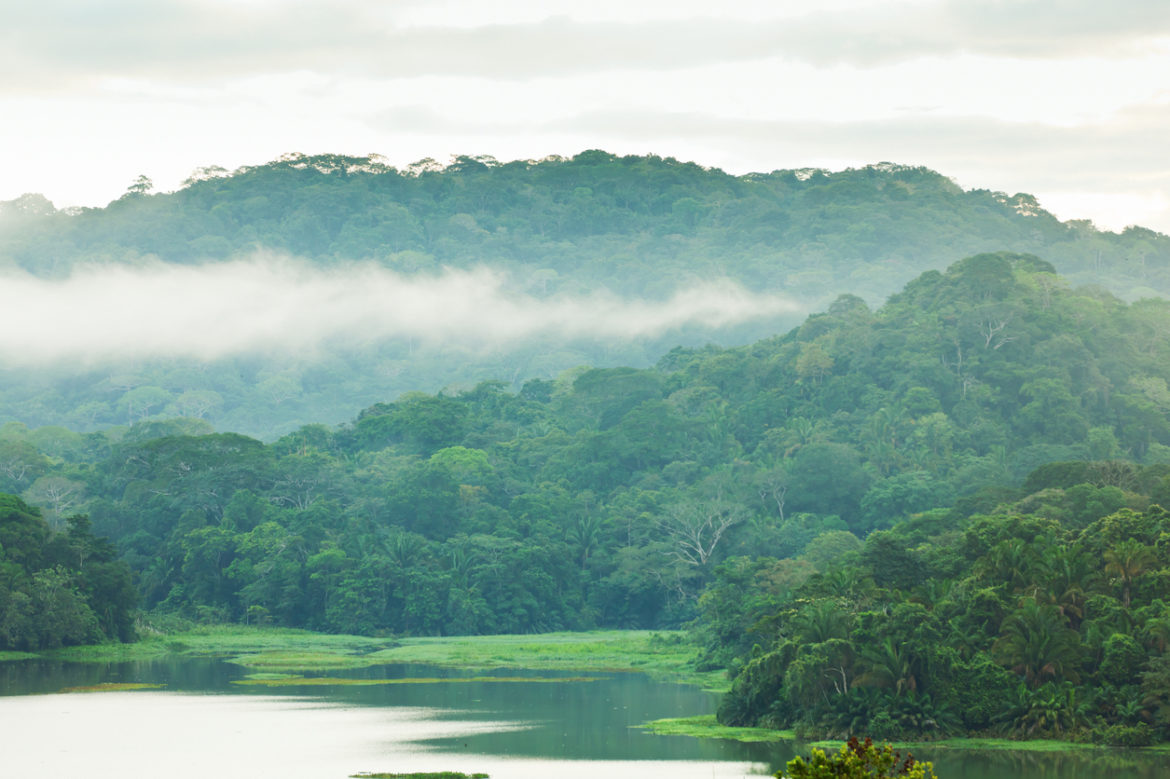 I was deep in the Andes, in one of the rarest cacao farms in the world, watching a filmmaker fly a drone across the darkening sky. As a British psychological researcher, this couldn’t be further from my idea of a normal working day.

In fact, witnessing this drone cartwheel and flip through the air while onlookers gazed at it with pure disbelief and confusion is one of the most bizarre scenes I’ve had the pleasure of experiencing.

Most of the farmers in this part of Peru have no mobile phones; they barely have running water. One passer-by was so shocked that he took one look at the sky and asked us if we were a group of terrorists. The juxtaposition of a high-tech, state-of-the-art drone camera flying over a species of cacao that is thousands of years old was surreal, to say the least.

First, let’s backtrack. In 2016, James Wheale and I, the co-founders of Understory, went with our colleague Matt Bjerregard (drone pilot, film maker and conservation scientist) to the Peruvian jungle to film a documentary about an extremely rare cacao that we use to make our chocolate with.

James and Matt filming an interview with one of the farmers

The story of the bean is an interesting one. It was thought extinct for hundreds of years until Brian Horsely and Dan Pearson rediscovered it on a mining expedition – this makes it one of the rarest cacao plants in the world. We wanted to document the story of this extraordinary strain of cacao and showcase how farming, when done sustainably, can have a positive effect on the environment and local community.

Though we believed in our story and were excited for this adventure, I was incredibly nervous. I’d never worked on a documentary before, let alone been to Peru.

The trip involved travelling to the Marañón Canyon in the Andes in Northern Peru. 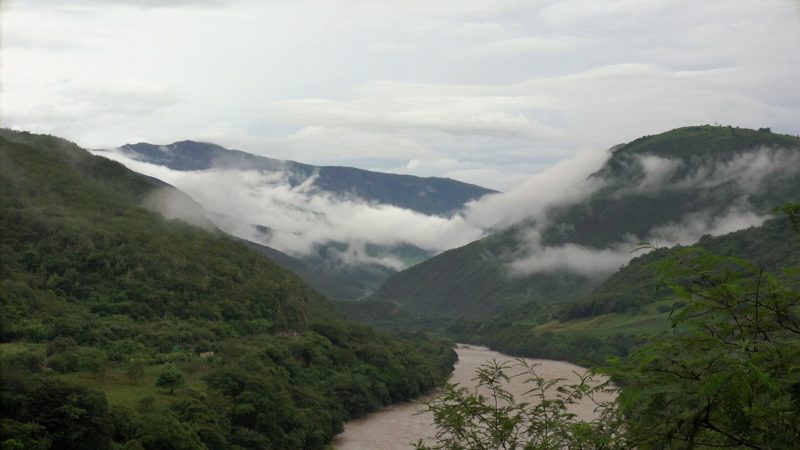 The cacao farm is as remote as they come – to get to the jungle it took us three full days of venturing across long mountain roads and dirt tracks, all while avoiding mudslides along the way.

Once we had arrived in the canyon, we spent five days filming various parts of the farm with a drone and interviewing the farmers. We learned about and documented how cacao is processed and were able to see the Marañón cacao mother tree, the 100% white Pure Nacional beans, a variety which is grown nowhere else.

The inside of a cacao pod. The beans, much to my surprise, were lilac and are enrobed in delicious fruit.

Talking to the local farmers was both inspiring and, honestly, a little heart-breaking. Over the course of the week, we began to understand the importance of cacao to their livelihood. The effects of climate change are making the farmers lives more challenging, and it was clear that they were worried about the rapid soar in temperature. Hearing of their struggles with the climate, as well as the lack of basic health services, electricity or clean water was moving.

Never had I been somewhere so remote. Neither had I been somewhere where the people seemed so content with life. The lack of electricity meant the stars were the most dramatic I have ever seen. At night, the town stood completely silence, so much so that you could hear cicadas and animal calls from miles away.

The majority of my travelling experiences have been more traditionally touristy. My suitcase is on wheels, I religiously adhere to guidebook’s recommendations, I feel fairly content following the beaten path. I was apprehensive about having a truly intrepid travel experience, but this made my trip all the more all the more mind-blowing.

With Matt’s knowledge and expertise at our disposal (he is essentially the closest you can get to Indiana Jones), we took to rural life quickly. The three of us were welcomed into a local home where we were encouraged to make ourselves at home. We used fruit and vegetables that we had picked from the farms, ones that were growing in abundance in the fertile ecosystem.

After a long day of filming, we’d wander through the jungle picking fresh fruit to cook with. We quickly became addicted to the cacao fruit that encases the beans. It is an elixir – naturally sweet like lychee but with chocolate flavours. This minimalist way of life felt surprisingly natural.

This ecosystem here isn’t just good for the farmers’ fruit and veg intake, it also makes cacao growth sustainable. Cacao is an understory tree, which means it needs to grow underneath a canopy (fun fact: this term inspired our company’s name). This canopy can be made from any crops, meaning that farmers can grow fruit bearing trees on the same plot of land and sell a variety of produce.

Cacao fermenting in the sun. The entire town smells like fermenting cacao due to this process.

Cacao farms like this actually replenishing the jungle. This has the added benefit of creating an array of fruit that would rival your local farmers market. And so it made sense to feast daily on juicy mango, perfectly-ripe grapefruit and fresh ceviche.

Just when I thought my trip couldn’t get more surreal, we heard whispers of ancient cave paintings that remain perfectly preserved on the side of the Canyon. The prospect of learning more about the indigenous people that used to inhabit in the area was an offer we couldn’t turn down. At 5am the next morning, we found ourselves hurtling down a dusty, winding mountainous path on a 4×4 driven by a man who, of course, didn’t speak a word of English. 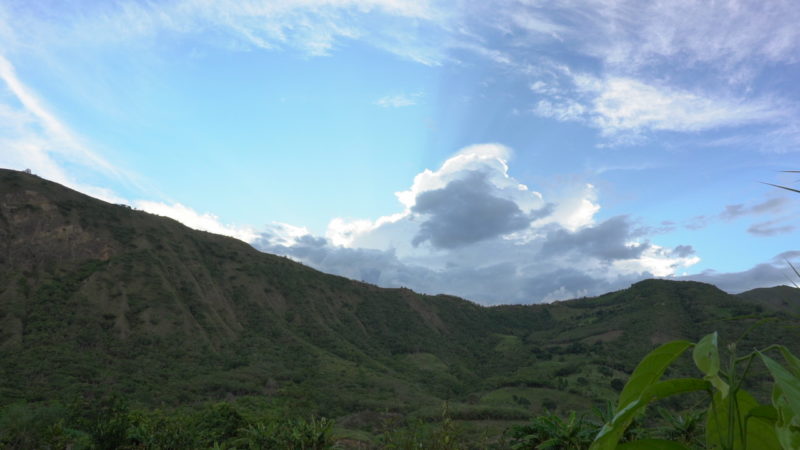 I, being terrified of most forms of transportation, was absolutely wide-awake, my white knuckles gripping the sides of my seat. Stupidly, I took a sleeping pill to try and calm my nerves, only to find the journey ended much sooner that we thought. As we pulled up to a stunning view of luscious green forest, I felt the sleeping pill begin to kick in. In a state of delirium, we walked a short distance around the mountainside to find red scribblings all over the walls.

Despite my intoxication, the sight of those ancient murals was a scene I’ll never forget. The wall was covered in drawings of snakes, fishing, fighting, dancing men, and numerous illegible symbols. We spent hours gazing at the drawings. Made by tribal people so many years ago, they were still perfectly preserved. We were aware that they must have only been seen by a handful of people before, given the inaccessibility of the area.

In fact, we were so mesmerized by the cave paintings that we used the symbols on the packaging of our first chocolate bar.

Upon returning home, filled with passion about the huge importance of this style of farming for sustainability and the future of chocolate, I found myself missing the stripped back lifestyle. It was freeing to ditch technology (aside from the drone, of course) and live in a natural environment. Being a city girl, I used to think of a trip to the park as getting out in nature. To my surprise, I found a week in the jungle more relaxing than lying on the beach. 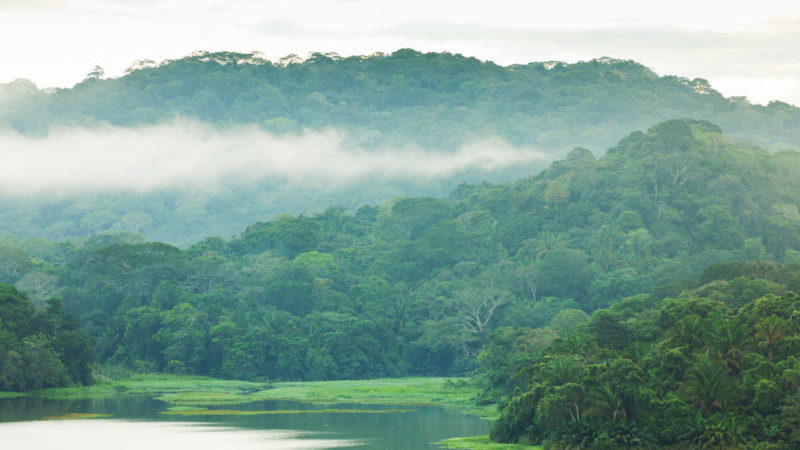 In some small way, I came to realise the joys of a simpler, more modest life. Should the opportunity to go on another adventure present itself again, I will welcome it with open arms, and I’d encourage you to do the same.

And when it comes to seeing the less touristy side of Peru for yourself, there are so many trips to choose from. They show that this country is so much more than just Machu Picchu, and they reveal how rich in culture and full of beauty Peru really is. So, though it may take a little more effort to step off the beaten path, I promise it’s worth it.

To see the finished documentary check out the Understory website. Here, you can buy the chocolate bars created from rare cacao.

Note: The understory website has since been taken down. – October 2020

To see the beautiful Peruvian jungle in all its glory, check out Intrepid’s range of small group adventures in Peru. 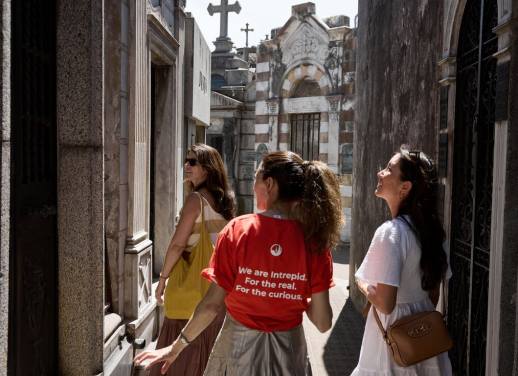 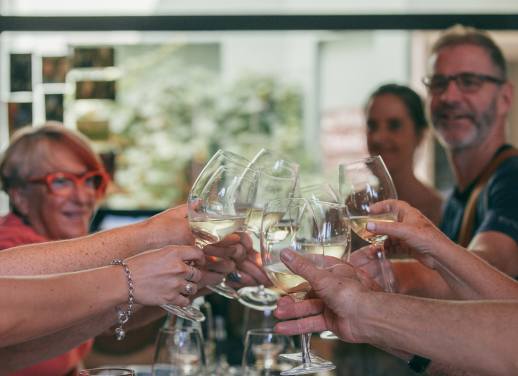 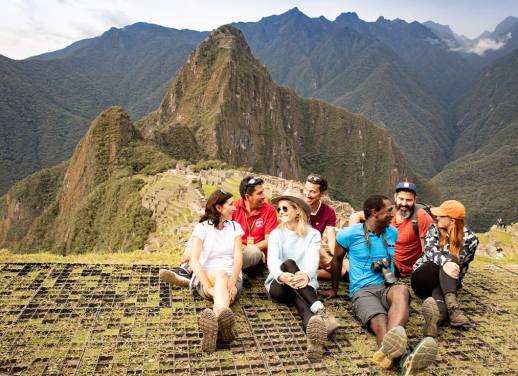 Annie is a British food writer and psychological researcher. She is a keen adventurer and is happiest when eating her way around the world on bike, foot or yoga mat. She is the co-founder of Understory, a chocolate company who are travelling around the world to tell the stories behind the rare bars they make. You can find out more about her work @understory_food or understory.co.uk.