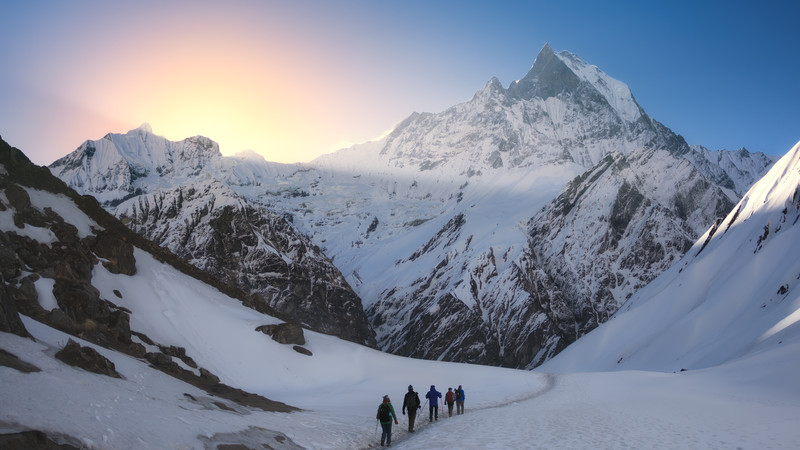 In 2015 I was hiking in the stunning Cordillera Blanca of Peru, chatting with my guide. He asked if I’d been to Nepal (I hadn’t). “For many years,” he said, “this trek in Peru has competed with a trail in Nepal to be number one on National Geographic’s list of the Most Beautiful Hikes in the World.”

My spidey senses were triggered immediately. “There’s a place in the world as beautiful as this?!” A seed was planted. The trail he spoke of was the Annapurna Circuit, and five months later I was there.

Most mountain lovers visit Nepal to trek the lower reaches of its most famed peak – Everest. Of course, the Base Camp trek is appealing – standing on the highest mountain in the world is impressive, no doubt. But there’s so much more to the Himalayas than its poster child, and the Annapurna Circuit is, in my opinion, Nepal’s most stunning, most culturally immersive, and ultimately most rewarding trail. 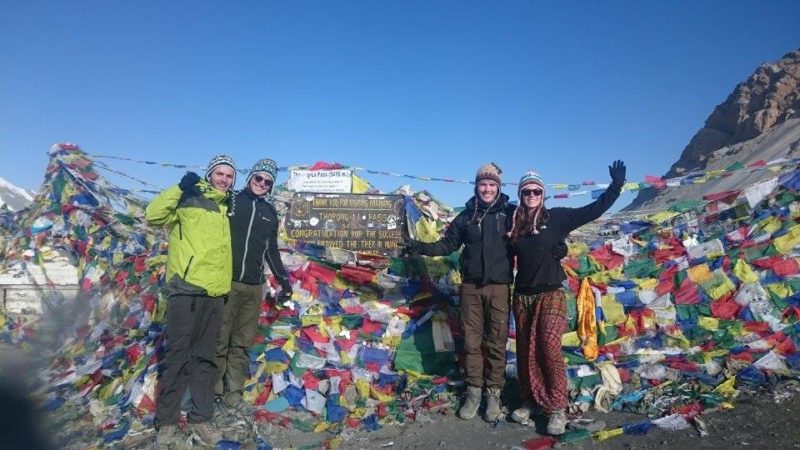 The best feeling ever

Here’s why you should go beyond Everest’s reputation and consider heading for Annapurna.

Not only a physical, but a spiritual journey

Let me first take you on a stroll through the sensual delight of Kathmandu. There is a generous scattering of second-hand bookshops, offering dog-eared tomes that delve into the realms of Buddhism, spirituality, and mountaineering. These genres set the scene for the reflective nature of this country.

As you browse, the scent of incense carries in the air amid a soundtrack of mantras (chanted or sung prayers). Listening to the mantras repeat over and over, to what soon becomes a familiar melody, you are lulled into the country’s unique spiritual frequency, and feel notably far from the West. 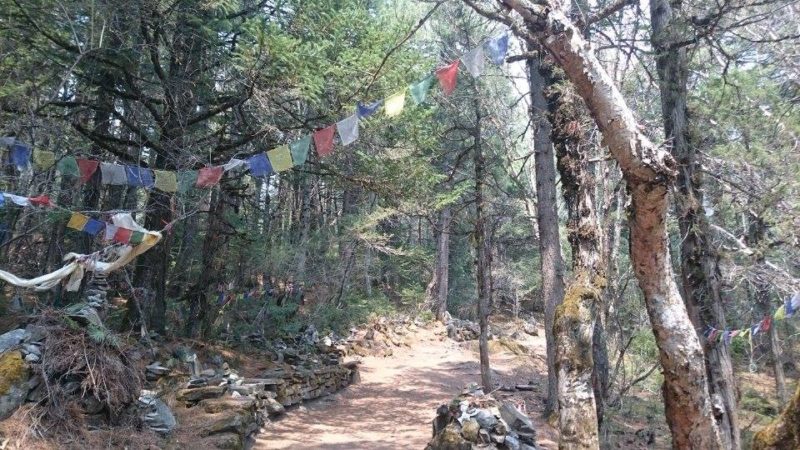 Tibetan Buddhism is widespread in the Annapurna region, and so this sense of the spiritual continues as you hike into the foothills of the Himalayas.

In each of the villages you pass, colorful prayer flags flutter in the wind, ragged and well-worn by life in the mountains. The metallic twinkle of spinning prayer wheels decorates the scene. Prayer wheels, also known as Mani wheels, contain the written form of the most widely used of Buddhist mantras – Om Mani Padme Hum. On the Annapurna Circuit you pass a set of Manis a few times each day. Spinning the wheels is said to invoke compassion and good fortune, and becomes an enjoyable practice. For me, it was simply beautiful to feel so involved in the ritual of Buddhist tradition.

READ MORE: 6 AMAZING DESTINATIONS IN NEPAL (THAT AREN’T BASE CAMP!) 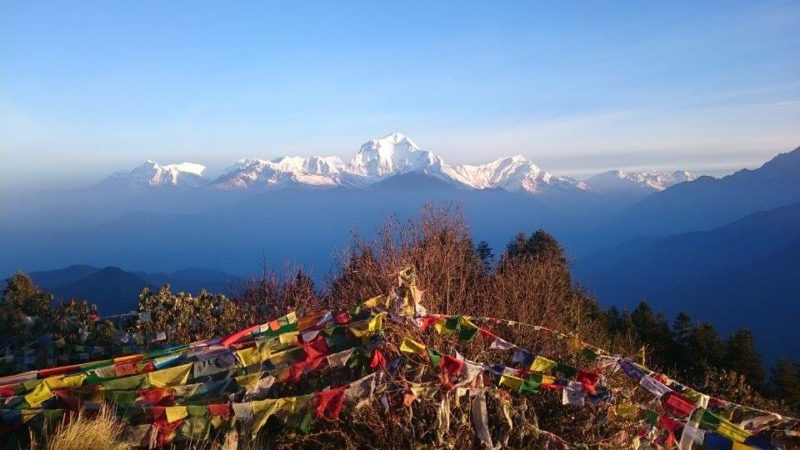 Silhouettes of stupas (domed structures, often white) break the flatness of the trail and stand proud in most of the villages. At certain times of day, locals circumambulate the stupas (walk around them in a clockwise direction) as part of their meditative practice. This scene, with a backdrop of the majestic Annapurna range, stays with you long after you leave the trail. It is a perfect example of how this is not only a region of staggering natural beauty, it is also permeated with Buddhist symbols, sights and sounds.

Hiking is already conducive to mindfulness and a calmed spirit, but the Annapurna Circuit takes you one step further along that road. 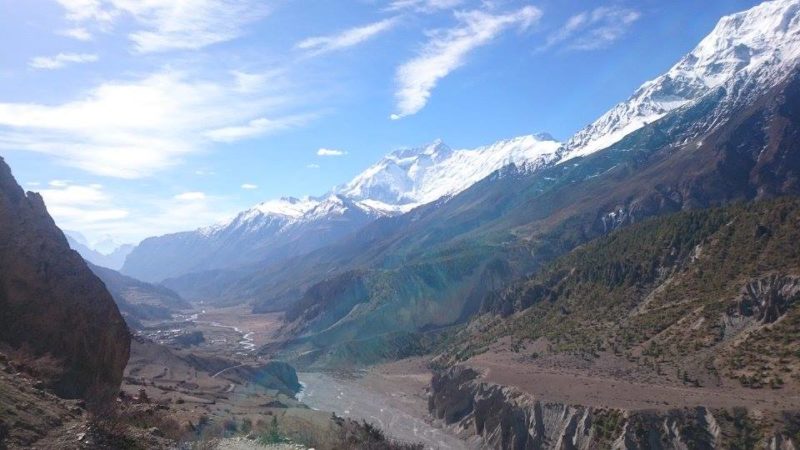 It’s about the journey, not the destination

David McCullough once said “Climb the mountain not to plant your flag, but to embrace the challenge, enjoy the air, and behold the view”. Hiking the Annapurna Circuit is about the journey, much more so than the destination – perhaps simply by the fact that you hike in a circle, rather than to a summit.

Every day on the trail is different – you begin in a valley thick with pine forest, and walk alongside green paddy fields farmed by villagers, fed by fresh flowing rivers and streams. 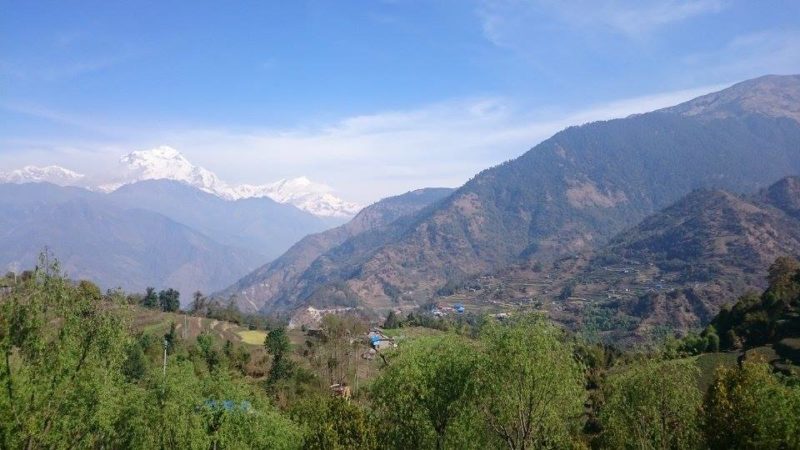 The beginning of the trail

As you gain altitude, white-capped peaks begin to appear in the distance, until you reach a stage where green is rare, but looming snowy mountains look down on you from either side. Once you reach the Thorung-La Pass – the highest point on the trail at 5416 meters – the landscape is rocky, barren, expansive. White with ice and snow. You’ve reached the edge of the Tibetan plateau.

Passing through the various altitudes, climates and ecosystems of the Circuit gives an incomparable sense of achievement. Your gains are dramatically illustrated by the changes in scenery. There is unique reward that comes from transporting yourself across such vast distances simply by the power of your own two feet. It evokes a feeling of oneness with humanity for centuries past, taking you away from motorized transport, and right back to the basics of what can be achieved by you and you alone. In this way, there is no trail more rewarding than the Annapurna Circuit.

CHECK OUT INTREPID’S RANGE OF SMALL GROUP ADVENTURES IN NEPAL 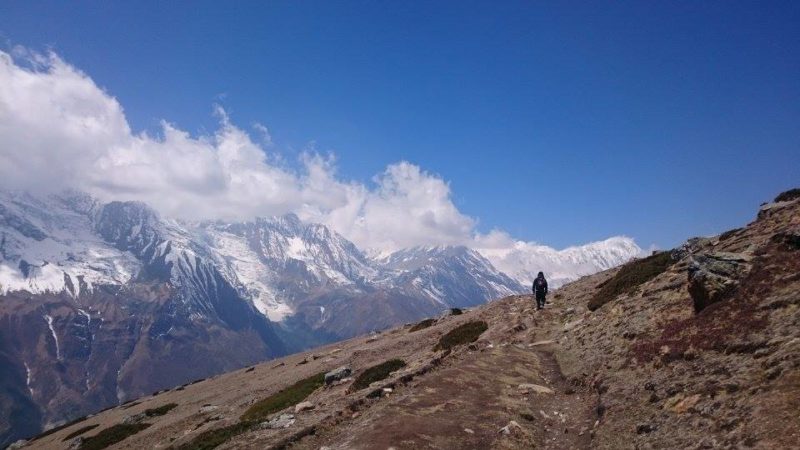 Nearing the end of the trail

I’ve found that when entering mountainous regions in other parts of the world, the culture of the country I’m in dissipates, and the mountain scene becomes universal, nationless. Mountains are nature in its purest form, rugged and undented by human influence. The extreme weather and inhospitable landscape make them impassable, indomitable, and that purity is what I love about high altitudes. On the Annapurna Circuit, however, culture bleeds seamlessly into the trekking experience, right up to the 5416-meter pass. Beautifully, this human influence is a compliment rather than a stain.

A key reason for this cultural immersion is the villages dotted along the way. Sleeping in teahouses hosted by locals means eating local food (dal bhat, you’re going to love it), drinking masala chai to warm your frosty fingertips in the fresh mornings and cool evenings, and greeting Nepalese people with “Namaste” numerous times each day.

READ MORE: EVERYTHING YOU NEED TO KNOW ABOUT NEPALI CUISINE 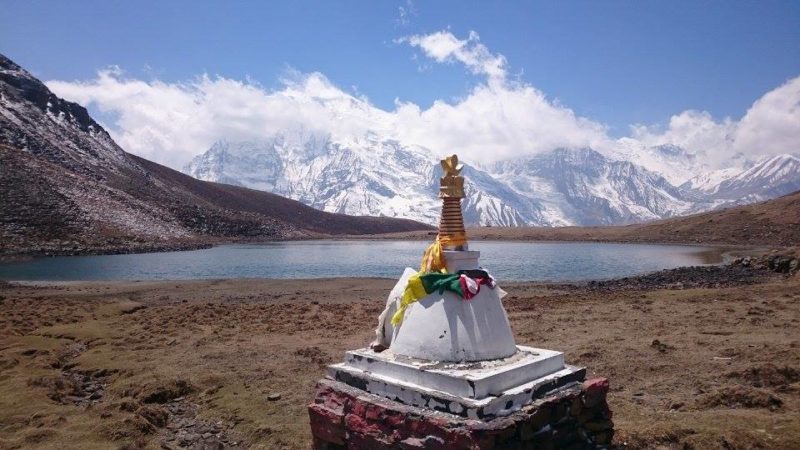 On other treks around the world, the need to camp and carry your own food removes this chance to experience local life in this way. You pass farms, cows grazing, then at higher altitudes yaks and goats share your path. On the day following the pass, we stumbled across an archery competition in the village of Muktinath, which we were subsequently invited to, leading to drinking locally brewed spirits and eating barbecued goat. An unexpected and beautiful sample of the hospitality and tradition of the Annapurna region.

READ MORE: 8 GREAT THINGS TO DO IN NEPAL (THAT AREN’T HIKING!)

Hiking to Everest Base Camp is an amazing feat worth doing, but many choose it for the name. If that’s you, I’d re-think, and instead consider the less crowded, more immersive, and – for me – more rewarding Annapurna Circuit. 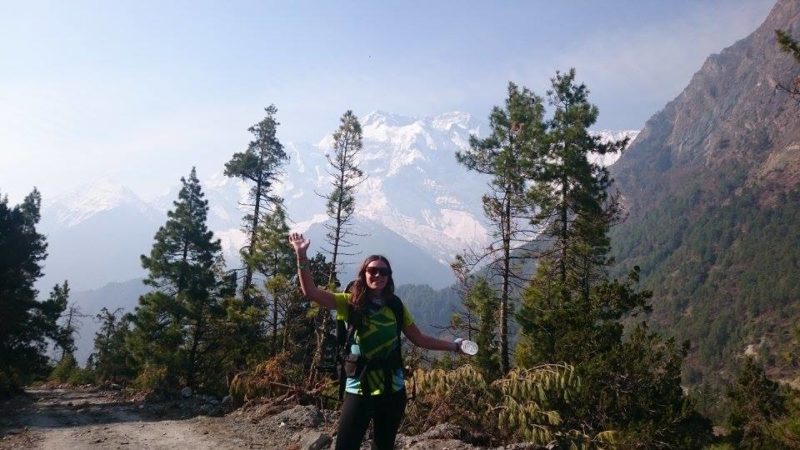 The peak moment of this experience will not be the posts you upload to social media, but the journey you go on as you walk, the people you meet and the villages you sleep in.

McCullough’s quote continues – “Climb the mountain so you can see the world, not so the world can see you”.

Ready to embark on the adventure of a lifetime? Check out Intrepid’s range of small group tours in Nepal.

Great article Jen. I’ve never actually done a trek before, but for some reason the Annapurna Circuit has always held some allure for me. As I approach mid-life I have set this as a goal to be achieved in the next 2 years.

This was my second Intrepid Trip (2008) after having done the Inca Trail the previous year. It only came about when chatting to someone in the gym on my return from Peru and they suggested I had a look at it. One look and it was booked.

Sadly, on the Monday of the week I was due to fly on Friday, Mum died and so it was cancelled but, with the agreement of the family re-booked for a month after I should have gone. This truly was the right place to go at that time after what had happened. You mentioned it being a spiritual journey and it is one where, in those wonderfully serene surroundings, I felt closer to Mum and spiritually at one with her.

The people, the food, the welcomes, the scenery, the majesty, the serenity, the geography, the freshness, the peace, the ambiance, the beauty and possibly many more features, all combined to make that adventure one of the best I have done. It has always been one of the first I recommend for those who are looking for that different, off the beaten track type experience. It was certainly no walk in the park, but good things don’t always come easy!

Boy, you haven’t half resurrected some wonderful memories. I’d like to go back, but there are too many other places to see as well!

Great read. I was going to stick a photo of my at Thorung La Pass but can’t.