Home » Meat lover? These 6 destinations are a must-visit
FeaturesFood 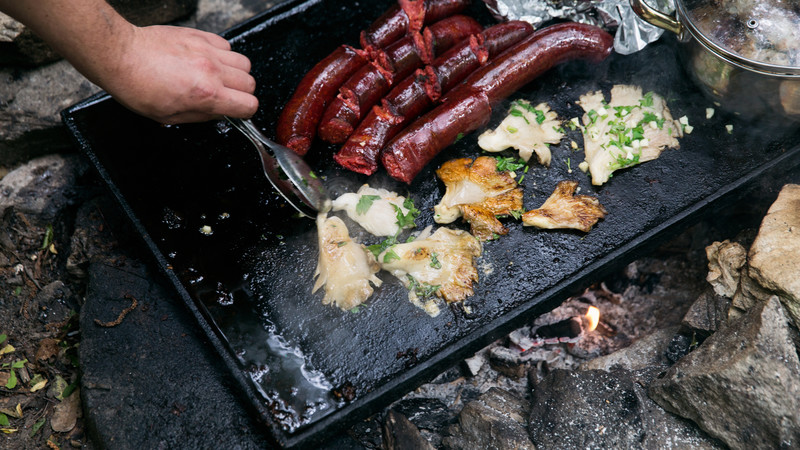 When talking about food, it doesn’t take long for the words vegan, vegetarian, gluten-free and more to come up.

But what about the forgotten meat eaters? The lovers of a good steak, a juicy roast and the age-old classic of bangers and mash…

For those carnivores on the hunt for their next meat-filled dish and their next adventure, this one’s for you. And whether you like your meat well done, medium rare or grilled to perfection, our ultimate list of destinations for meat lovers is bound to make you drool. It details why you should add the country to your list ASAP, as well as the best dishes and restaurants to try when there.

Get ready for a tasty ride. 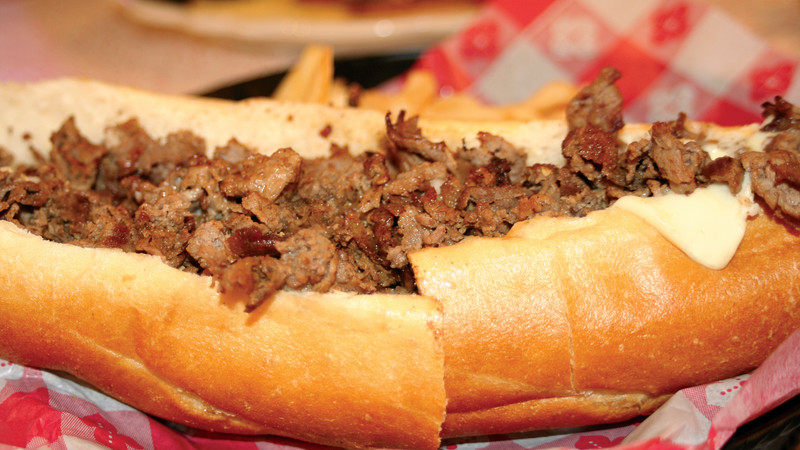 Years ago I lived in the United States for 12 months, and not only do Americans love their sweet treats, they really love their meat. Meat is a staple in many American diets, and if you want to see how seriously it’s taken, go to Texas. Texas is the largest producer of beef in the US and home to chili con carne, the official state dish!

But don’t forget other important dishes, too. Philly cheese steak, hot dogs, burgers, BBQ ribs, buffalo wings, and, of course,  the traditional turkey on Thanksgiving. All that not your cup of tea? Rest assured travellers to the US will be sure to find meat of all shapes and sizes during their visit.

Eat your way from New Orleans to Las Vegas on this epic 10-day Southern USA road trip. You’ll camp by the Grand Canyon, visit lesser-known national park and experience Santa Fe, the oldest capital city in the US. 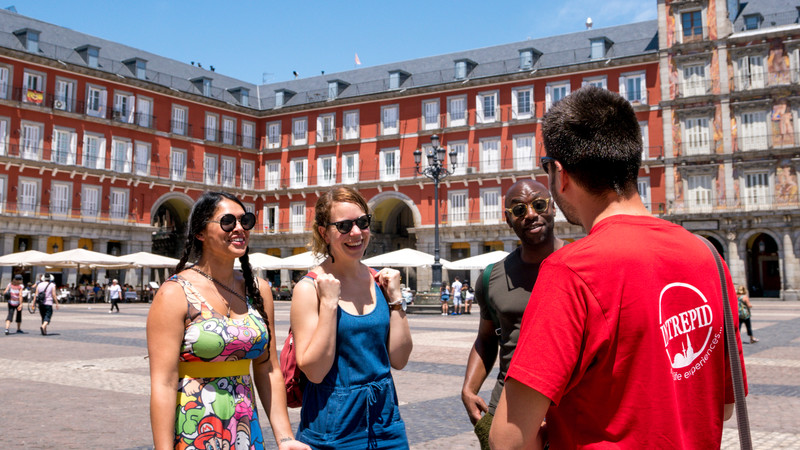 An Intrepid trip in Madrid

Does Spain have the most famous meat in the world? Quite possibly. Especially when it comes to the cured ham known as Jamon Iberico (pair it with a glass of Spanish Grenache and you’ll be in heaven). Not only is Spain famous for ham, it also does a pretty fine job with chorizo (made in a different way in every region), morcilla (blood) sausages, and Valencian paella (which is loaded with chicken and rabbit, as opposed to seafood).

On the northwest of Spain, veal is also eaten regularly. The animals live their life outside, they feed on quiet, green fields, and their meat it is one of the best in the world. One of the most prestigious restaurants to taste the veal and ox meat at is in the province of León, in a small town called Jiménez de Jamuz and a restaurant called El Capricho. 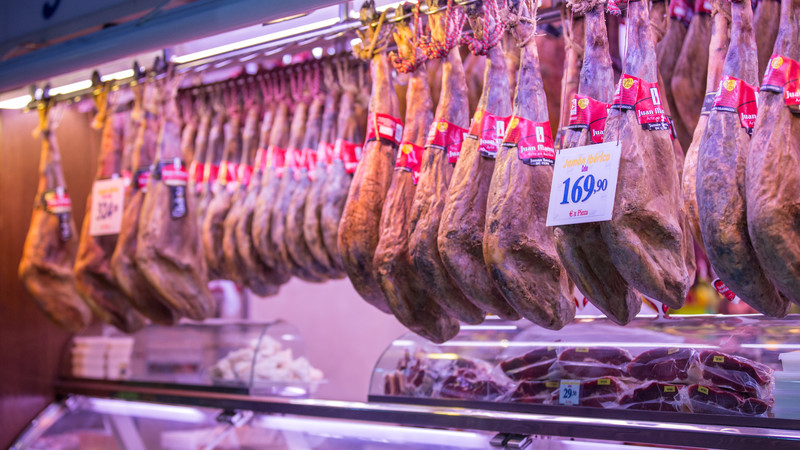 Intrepid’s Spanish local leader Laura’s favourite meat dish is a pork cheek stew. Slow-cooked for many hours, the tender meat is then mixed with a good wine sauce. What more could you want from a meal?

Northern Spain is where it’s at, and this 10-day Real Food Adventure from Barcelona to Santiago de Compostela shows off the best of it. You’ll get to grips with the cuisine on a tapas crawl, partake in a Basque Cooking Class in San Sebastian and have a wine tasting too! 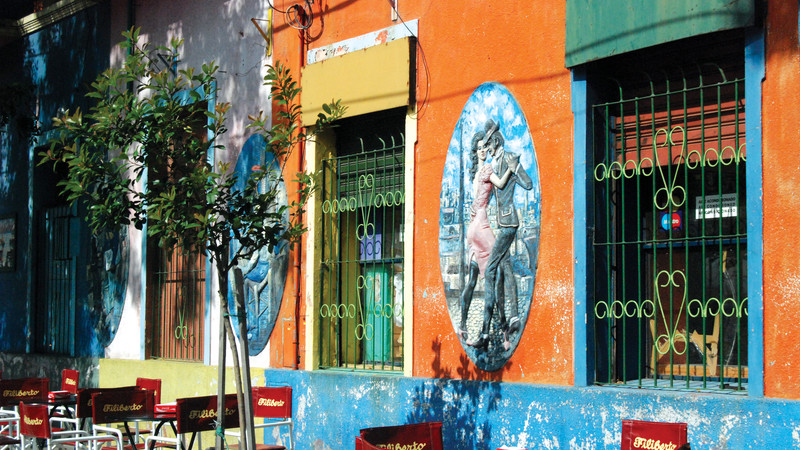 The neighbourhood of Recoleta in Buenos Aires

The first thing to know about Argentina is that its national dish is asado (barbecue). Usually grilled on a parillo (large grill), it’s a way of life as much as it is an extremely delicious party in your mouth. How to enjoy asado like a local? Well, try get yourself an invite to a local’s home. It’ll often be consumed on a Sunday in backyards all over the country. Enjoy the barbecue with a glass of Malbec. You’re in Argentina, after all.

Aside from the almost-obvious steak that you need to try in capital Buenos Aires (guide here), it’s also worth tasting mollejas (sweetbread), chinchulines (chitterlings) and morcilla (blood sausage) too. And when you visit the beautiful Patagonia region, ensure you indulge in Cordero Patagonico (Patagonian lamb). It’s smoked and hung over  charcoal in such a way that the lamb (nearly) literally falls off the bone. 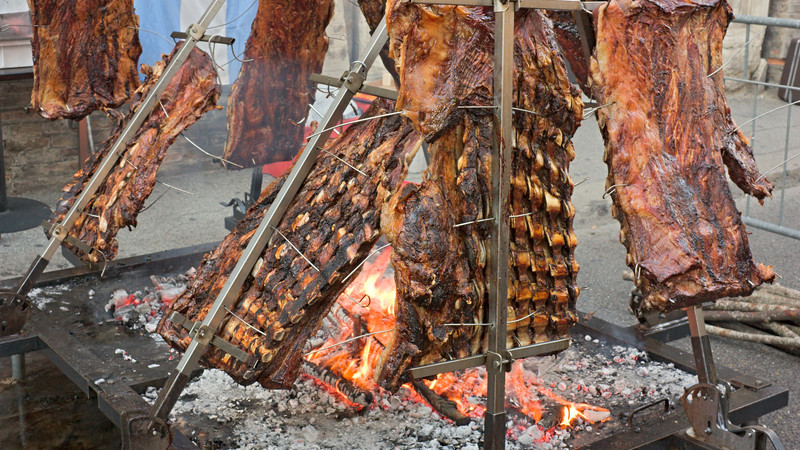 Want a lot of delicious eats but short on time? Look no further than this 7-day Best of Argentina and Brazil trip. The steak and wine in Buenos Aires is sure to be a highlight.

Bordered by Greece, Serbia, Kosovo, Bulgaria and Albania, Macedonian cuisine reflects its Middle East and Mediterranean influences.  Macedonians and the other Balkan nations are known as great lovers of grilled meat. But it’s also worth mentioning why else this underrated cuisine is worth a try: hot mekici (Macedonian doughnuts), “gjomleze” pie (a southwestern specialty), up-and-coming wine, and more.

Macedonians are very proud of their country’s culture and this is apparent in their unique, mouthwatering cuisine. Which is why it was a tricky feat to narrow down the list of the best Macedonian meat dishes, but here goes nothing… 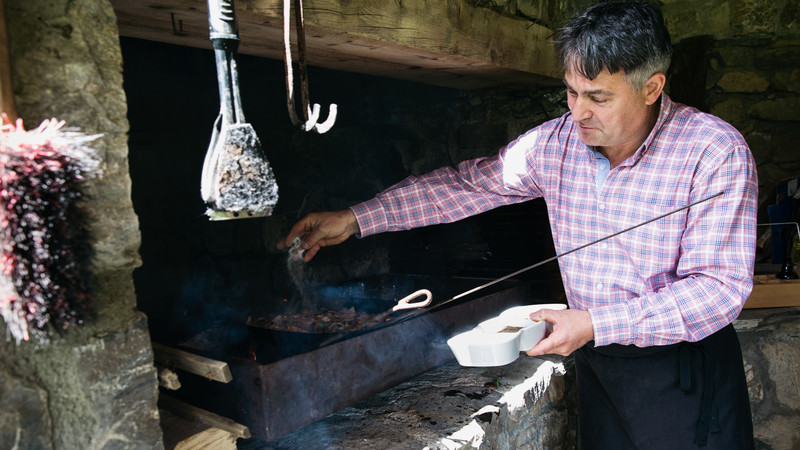 A cooking class in Macedonia

Macedonian food recommendations (and where to find them):

This 12-day Balkans food tour lets you experience the cuisine of 4 countries (yes 4!): Croatia, Montenegro, Kosovo and, of course, Macedonia. Inclusions are countless but range from local farm visits to wine tastings to cooking classes. 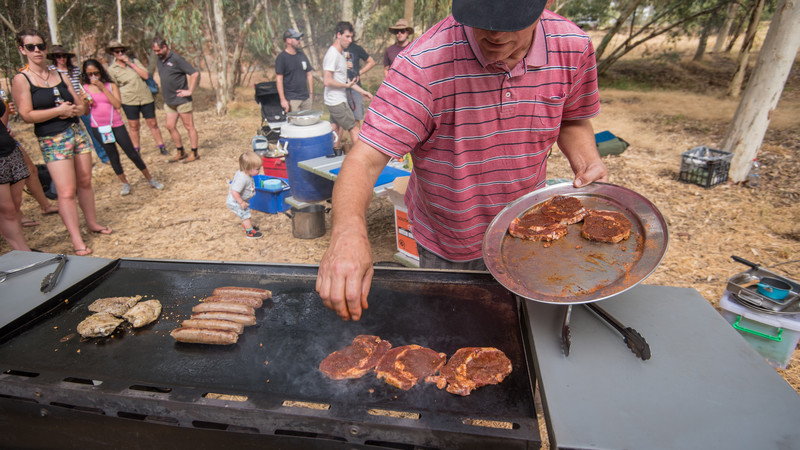 Growing up on farm in rural Australia, we ate a lot of lamb, and I mean A LOT. We had a separate freezer dedicated to meat and it was normal for neighbouring farmers to drop off a leg of lamb or a bag of steaks. So, it goes without saying that not only did we grow barley, wheat, peas and rice, we also farmed sheep. And even those not from a farming background often take part in the typical Aussie family dinner of lamb or beef, served with potatoes and green vegetables.

And of course, the Aussie barbie is an age-old tradition in Australia and a regular occurrence on a Saturday or Sunday in backyards, patios and balconies across the nation. Most public parks in the country have barbecue facilities so there’s no excuse – especially in summer months – for not getting in on the act.

Take on a real adventure with this 22-day Perth to Darwin Overland trip. The Outback delights of Western and Northern Australia are simply unparalleled, and not only will you dive into the cuisine, you’ll hike to gorges, swim in swimming holes, stay in bush camps and visit the biggest manmade lake in Australia! 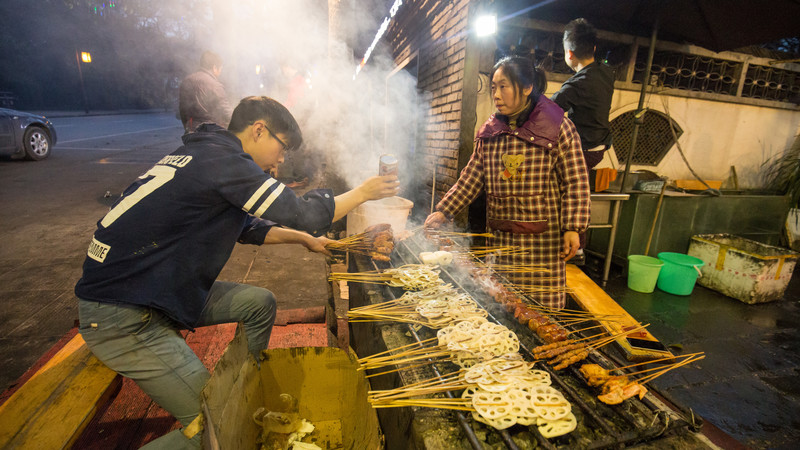 When I booked my trip to China I was excited to try some authentic Chinese dishes. To say I was blown away by the food would be an understatement; the ingredients are fresh and simple yet so delicious (the traditional Chinese diet features lots of vegetables, rice, noodles, dumplings, meat and fish). I was with locals for most of my trip which is fortunate as I never would have found the best places to eat without them. We would wander off the main streets and down the narrow alleyways, walk towards a door (that had no signs and nothing indicating it was a restaurant), and it would be jam-packed with local Chinese tucking into a feast accompanied by steaming green tea. And then it began: the ordering of dishes, so many dishes.

The country is so diverse that it’s hard to make any generalisations about the cuisine but Sichuan really is a must-visit for its spicy hot pot and liberal use of garlic and chili peppers. Ensure you also go to Shanghai for xiaolongbao (soup dumplings), Beijing for roast duck and Xi’an for all the culinary delights of the Muslim Quarter. 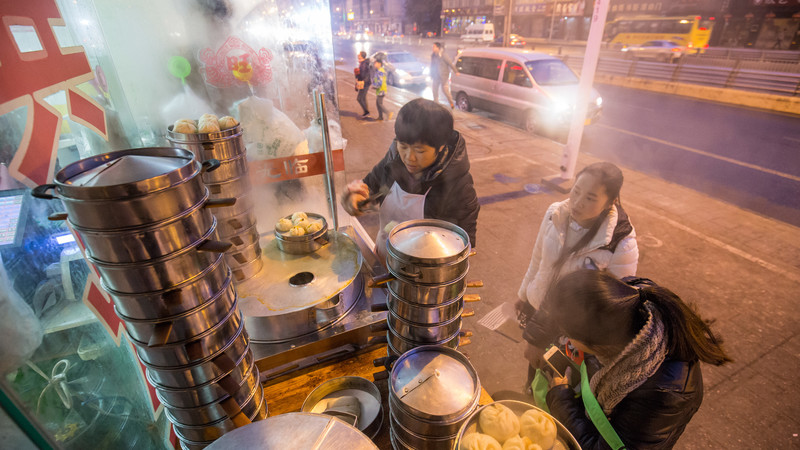 If you love food and you love travel, you’ll absolutely love our food tours. We have a whole range of them; check them out!

I grew up on a 4,000-hectare farm in rural Australia, so it’s always taken me a long time to get to my destination. You say a 4-hour drive? I say a 4-hour karaoke concert. I once trained to be a professional dancer, interned at Walt Disney World, discovered my unrequited love for red wine in Italy, and am probably the only Aussie who hasn’t been to Bali. You could say I have hit a many ‘forks’ in the road over the years to get to where I am, which led me to being the Brand & Product Manager for the FOOD range at Intrepid… (pun intended). Next destination on my list: anywhere with a good drop of Vino and a mean slice of cheese.

Hello,
thanks for the article.
İf you happen to visit Pakistan by any chance, i suggest you try ‘Kunna’ and ‘Rosh’

What about Polish meat?

Thanks for sharing. But you have forgot kangaroo meat in Australia. I have tried roo steak and ranked it among best meat in the world.