If you’re heading to the ends of the earth, you’re probably not expecting to be able to tweet your every move or text your mum constantly. Isn’t that part of the appeal? But you might want to know exactly how 'off-the-grid' you’re going to be. So, can you use your mobile/cellphone in the Arctic?

When travelling with Intrepid on an expedition vessel, keep in mind that your mobile phone will not work while at sea. Our vessels are equipped with satellite phones for use in cases of emergency and wi-fi is available (charged per MB of downloads), though you shouldn't rely on it or make any promises to folks back home about daily Skype sessions.

If you're spending any time on a land mass in the Arctic Circle, you may have mobile phone coverage in the major settlements but will rarely have access outside these areas.

Will your mobile phone work in Greenland?

Mobile coverage is good in main towns like Ilulissat and Nuuk, but it will start to get patchy at the city limits and disappear completely in remote areas. As Greenland only has one telecommunications service provider, TELE Greenland, your options for local SIM cards are limited to either a prepaid voice and data SIM or a prepaid data-only SIM. These are sold at airports and post offices. Be aware that the only language options will be Danish and Greenlandic, so you may need to ask your local leader to assist. These cost about USD 10 per 1GB of data. Local SIM cards can be used on most unlocked phones from Europe, Asia and Australia and some unlocked phones from North America.

Will your mobile phone work in Spitsbergen (Svalbard Archipelago)?

There is mobile coverage in Longyearbyen but do not expect it elsewhere. Only one Norwegian telecom provider, Telenor, services the Svalbard Archipelago, which includes Spitsbergen. You can buy Telenor SIM cards in mainland Norway or at the Longyearbyen co-op, Svalbardbutikken. Local SIM cards can be used on most unlocked phones from Europe, Asia and Australia and some unlocked phones from North America.

Will your mobile phone work in Murmansk?

As wi-fi is widely available in Murmansk, many travellers find it easier to simply go without texting and calling for a few days. However, it is possible to purchase a local SIM card for about USD 5 that gives you hundreds of call minutes as well as a few GB of data through providers like MegaFon. These local SIM cards can be used on most unlocked phones from Europe, Asia and Australia and some unlocked phones from North America. Foreigners need to show their passport when purchasing a SIM card in Russia.

Will your mobile phone work in Franz Josef Land?

As Franz Josef Land is uninhabited, there are no telecom providers and therefore you will not be able to use your mobile phone there.

Will your mobile phone work in Novaya Zemlya?

As Novaya Zemlya is uninhabited, there are no telecom providers and therefore you will not be able to use your mobile phone there. 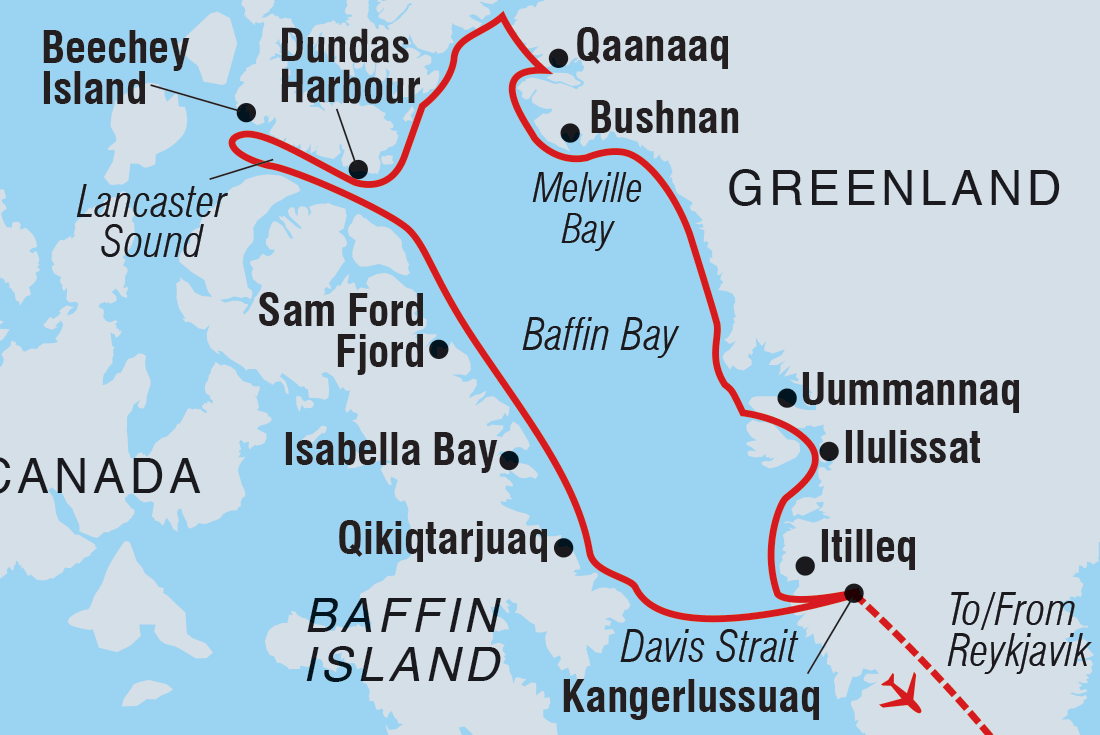 Best of the Western Arctic: Canada and Greenland

Voyage across the Arctic Circle via the Svalbard Archipelago, Jan Mayer Island and...

Explore some of the world’s last great wildernesses, with an Arctic expedition in...