Home » The Arctic vs. Antarctica: How to choose your polar expedition
Guides

The Arctic vs. Antarctica: How to choose your polar expedition As adventures go, a journey to the polar regions is a big one! But which frozen frontier should you pick?

The Arctic and Antarctica are literally (and figuratively) poles apart. Whilst they’re similar in the sense that they’re both intensely cold, boast out-of-this-world scenery and are home to some amazing wildlife – there is plenty that separates them too!

Polar bears or penguins? Smooth sailing or rocky crossings? The North Pole or the South Pole? Let’s work out the right one for you…

Note: Choosing between the Arctic and Antarctica will depend heavily on what time of year you’re able to travel. 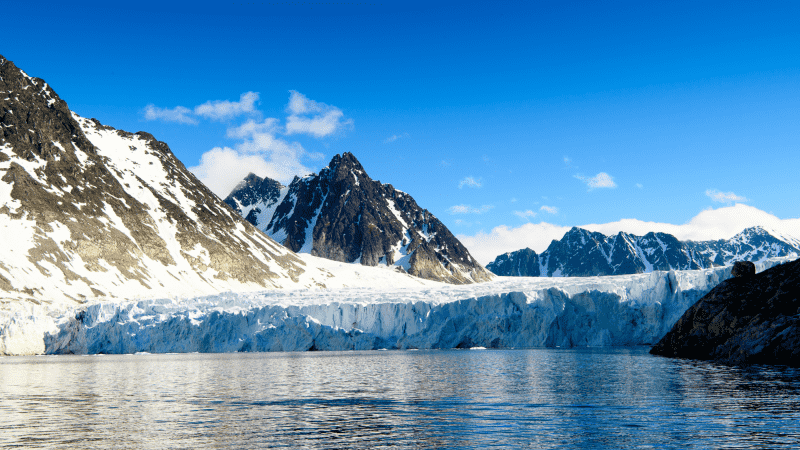 The Arctic: Cruising season is determined largely by the sea ice. From October to March, large patches of the Arctic Ocean are frozen making them almost impossible to navigate.

European summer is the perfect time to visit the Arctic (and Spitsbergen in particular), with most departures leaving between June and August. If it’s the Northern Lights you’re after, then August to September is a good bet. 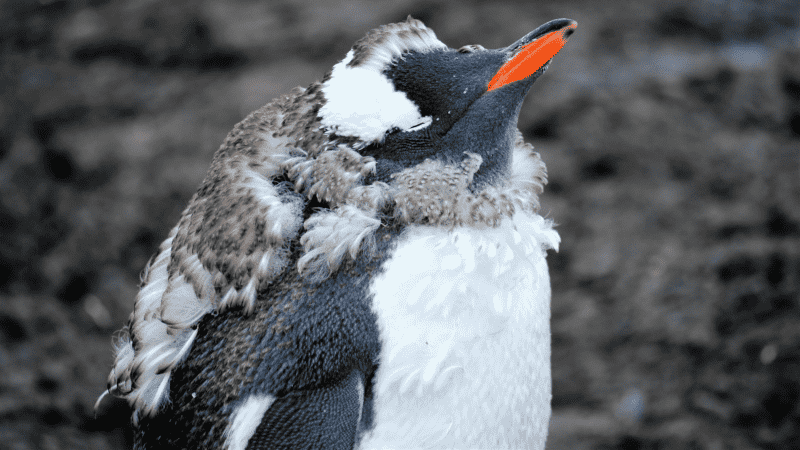 Antarctica: Things aren’t quite as cut and dried when it comes to Antarctica, and your decision will be impacted by what you’re hoping to see.

Antarctic summer (November to December) is tipped to be the most awe-inspiring time to visit. Prepare to see vast numbers of migrating animals, huge amounts of ice and pristine snow, and fascinating penguin courtship displays.

Full summer (mid-December to January) is the warmest time of year here. It’s now that the first penguin chicks start to hatch. The days are also longer, meaning more daylight to be enjoyed and even 24-hour sun at times (around the Christmas period).

Late summer (February to March) is great for whale watching and the ice allows for exploration further south along the peninsula. You can also spot adult penguins feeding their young, some of which will be starting to grow feathery coats.

TAKE ME THERE: ENJOY THE ARRIVAL OF MID-SUMMER ON THIS 11-DAY ANTARCTIC ADVENTURE

Note: There’s no disputing a polar trip will be a little pricier than your average holiday, don’t forget to factor in flight costs!

The Arctic: For those living in Europe, the Arctic is definitely the more affordable option of the two. The Svalbard Archipelago is in Norway and is easily reached on a short flight from Oslo or Tromsø. 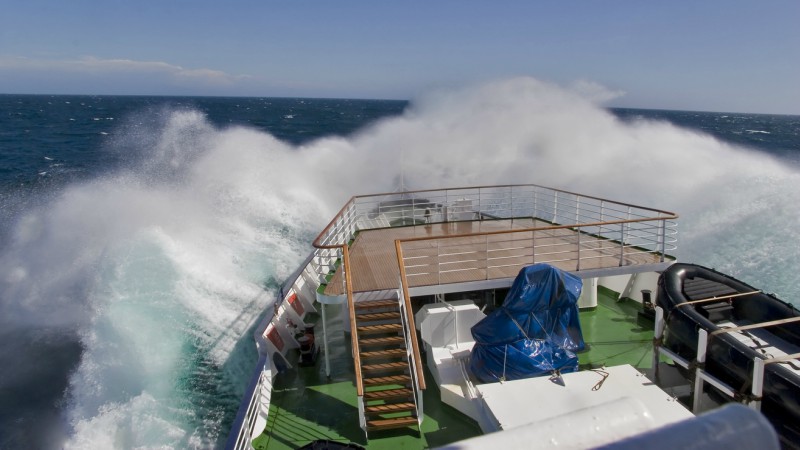 Antarctica: The fact Antarctica is so isolated, makes it more challenging and expensive to get to. It also requires you to allocate more time to reach your destination. As most tours make the two-day trip from Ushuaia to the peninsula, across the infamous Drake Passage.

RELATED: ALL YOUR ANTARCTICA QUESTIONS, ANSWERED

Note: A word of warning, if you’re not a fan of the cold maybe rethink a trip to the polar regions…

The Arctic: Throughout the summer months temperatures sit at around 4-6°C (39-43°F). A lot warmer than you’d typically find at similar latitudes in Canada or Russia at this time.

Antarctica: Even during the summer, the weather in Antarctica can be changeable. But at its best, you’d enjoy long sunny days with heady temperatures of about 2°C (35°F).

SUBSCRIBE TO OUR NEWSLETTER FOR THE LATEST POLAR OFFERS, NEWS AND COMPETITIONS

Note: Put (very) simply, think about whether it’s more important to you to see polar bears or penguins. 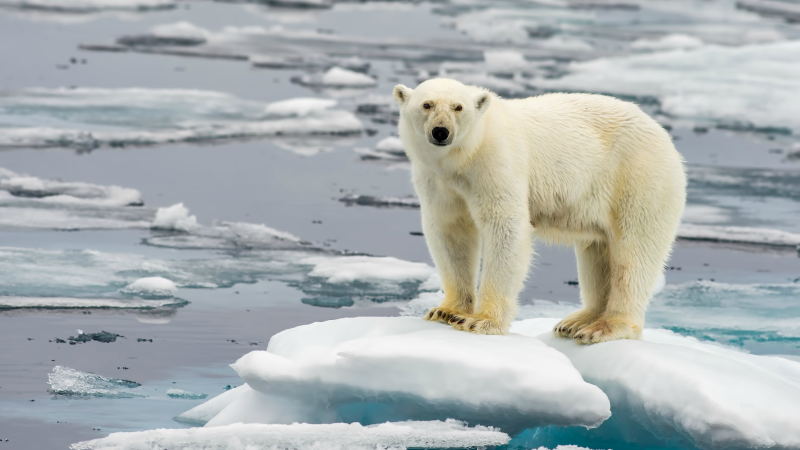 The Arctic: Explorers tend to come to the Arctic in the hope of spotting a majestic polar bear. Aside from these cream-coloured giants, there are masses of other creatures to see too.

In the ocean, you’ll find walruses, several species of seal and 17 different kinds of whales, including belugas, orcas and mythical-looking narwhals. Whereas on land you might find Arctic foxes and hares, Svalbard reindeer and an abundance of birdlife, including puffins.

BOOK NOW: GET UNDER THE SKIN OF SPITSBERGEN ON THIS 11-DAY EPIC 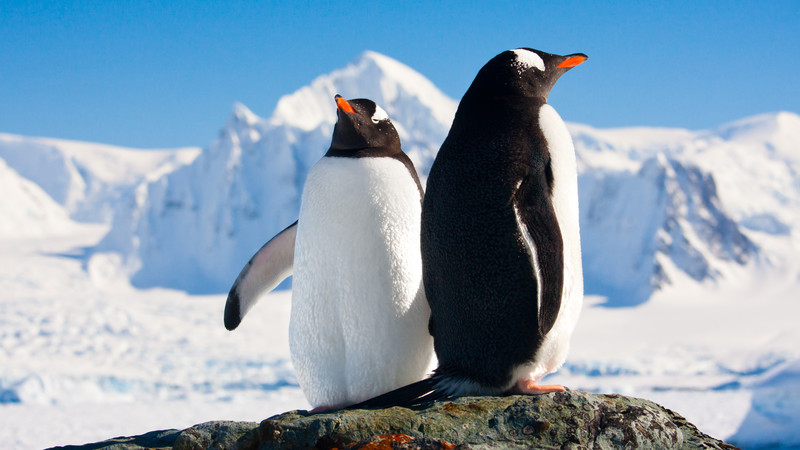 Antarctica: Penguins have the real pull when it comes to wildlife watching in Antarctica. Look out for Adélie, chinstrap, Gentoo, king and macaroni species across the peninsula, as well as the elusive emperor penguin.

You’re pretty likely to see all five species of seal too: fur, elephant, Weddell, leopard and crabeater. Humpback whales, wandering albatross, storm petrels and so much more can also be seen here.

Note: It’s going to be icy!

The Arctic: Snow and ice are year-round fixtures in the Arctic and the area around Svalbard offers views of impressive ice floes, icebergs and drift ice. The landscape here is incredibly sparse and rugged, with craggy mountain peaks and gorges. Lots of small flowers help to add some colour to the brownish moss vegetation that covers parts of the region. 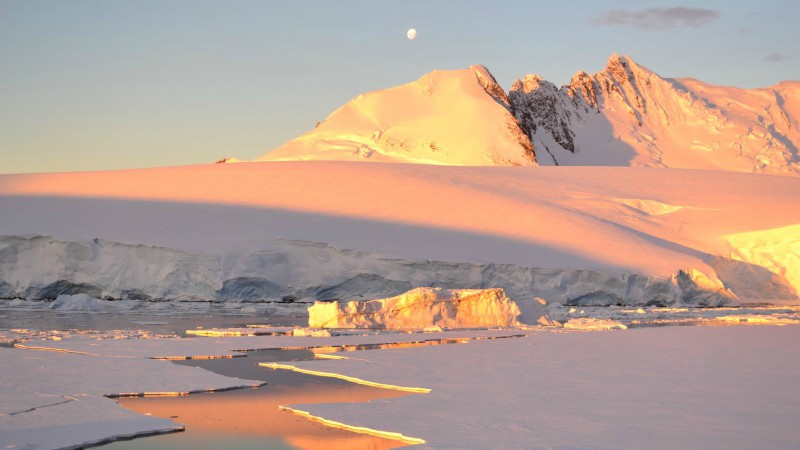 Antarctica: As the highest, driest and coldest continent on the planet, you probably won’t be surprised to hear that Antarctica is 98% covered by ice. Its vast wilderness is broken up only by mountain ranges and ice streams. There are just two flowering plants found in Antarctica: Antarctic hair grass and Antarctic pearlwort.

If it’s turquoise-hued glaciers you’re looking for, Antarctica can’t be beaten. However, when summer comes to the Arctic the calving of glacial ice makes for pretty spectacular viewing.

RELATED: WHAT TO PACK FOR YOUR POLAR TRIP

Note: If it’s cultural experiences you’re after, the Arctic is probably the right choice for you. The Arctic: Made up of parts of Canada, Greenland, Russia, Alaska, Iceland, Norway, Sweden and Finland – the Arctic Circle is home to around four million people. The region’s indigenous inhabitants have lived here for thousands of years and come from different populations such as Inuit, Sami and Nenets. It’s possible to meet these Arctic inhabitants and learn the life skills that have kept them here for centuries, from reindeer herding to foraging.

GO NOW: TAKE IN THE ARCTIC AROUND ICELAND ON THE 10-DAY EXPRESS TOUR Antarctica: The punishing Antarctic climate means that the continent has never had any permanent residents. However, there can be anywhere up to 4,000 people living here temporarily at any given time – namely scientists using the area for key research. Having said that, a trip to an abandoned whaling station can provide some interesting insights into what life could have been like here.

Note: Bear in mind that most polar activities need to be booked in advance. 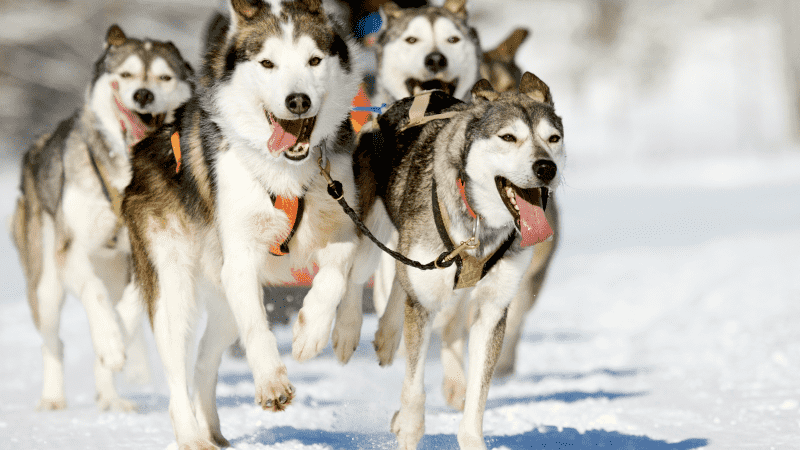 The Arctic: Aside from exploring the incredible outdoors, you can also try your hand at sea kayaking, riding a snowmobile, snowshoeing, hiking, husky sledging and more. 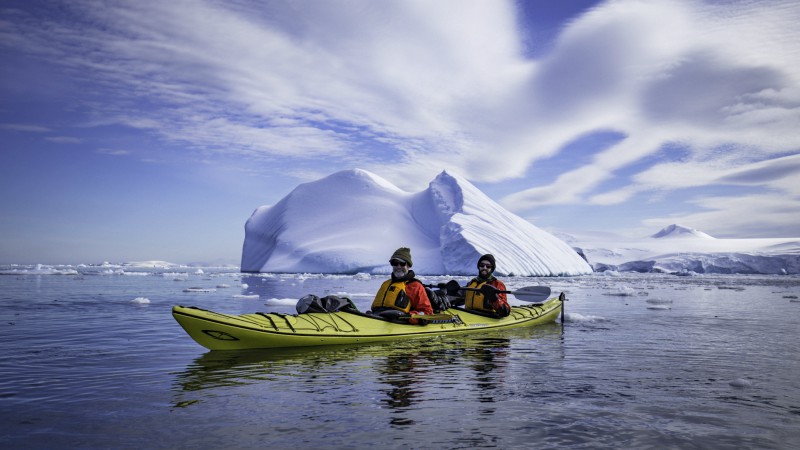 Antarctica: Kayaking is also super popular in Antarctica, as is scuba diving! You can also have a go at snowshoeing, hiking and ice camping too.

Both the Arctic and Antarctica also offer the opportunity to take the “polar plunge”, and yes that is exactly what it sounds like. Join the queue as you line up to launch yourself into the freezing water – it’s a real bucket list tick!

RELATED: WHAT IT’S REALLY LIKE TO TAKE THE POLAR PLUNGE

Ready to embark on your own polar exploration? Then have a browse through Intrepid’s broad range of trips to the Arctic and Antarctica. 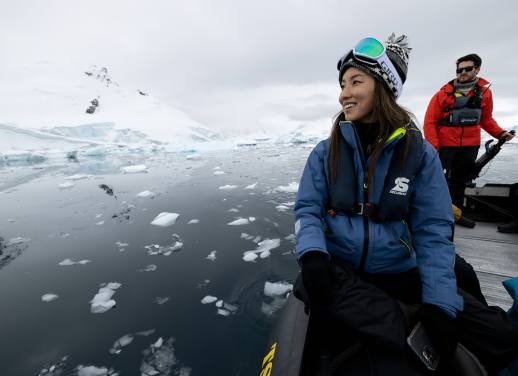 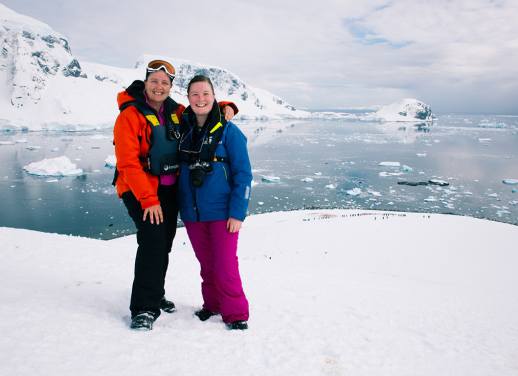 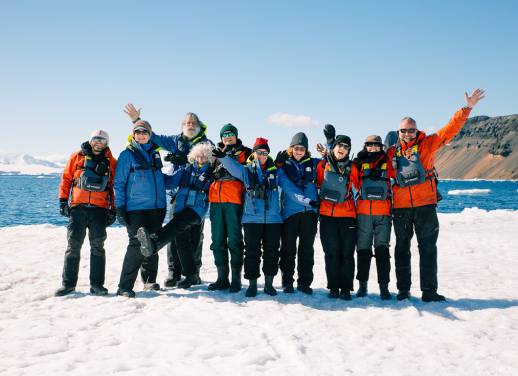