When you picture Spain, you might imagine steaming pans of paella, jugs of sangria, tapas bars and lively flamenco dancing. It’s true that all of these things are Spanish, but look beyond the stereotypes and you'll discover that Spain has 17 autonomous regions, each with its own unique delicacies, dances, cultural traditions, political systems and even languages.

What languages are spoken in Spain?

The official language of Spain is Spanish, also known as Castellano. However, Spain is a diverse country and there are many regional languages spoken across the country, including Catalan, Galician and Basque.

With around 10 million speakers, Catalan is the most widely spoken regional language in Spain. It’s spoken in the autonomous Catalonian provinces of Barcelona, Girona, Lleida and Tarragona, with around 35% of people claiming it to be their mother tongue. It’s also spoken in Sardinia and the Pyrénées-Orientales region of France, and is the official language of Andorra. The language is most similar to Occitan and French in grammar and vocabulary, but it’s unique in many ways. There has been a revival of Catalan in the past few decades which most agree is linked to the political movement for Catalonia to gain independence from Spain.

Galician is the official language of the Galicia region in northwestern Spain. It’s spoken by roughly 2.5 million people and is the mother tongue of most Galicians. It’s a Romance language and is more similar (in fact, it’s very similar!) to Portuguese than Spanish, as Galicia and Portugal are closely connected in history.

Basque, also known as Euskara, is the official language of the Basque Country near the northern border of Spain. It’s spoken by around 900,000 people and is one of the most unique languages in Europe. Unlike Catalan and Galician, Basque isn’t a Romance language. In fact, it has no ties to other languages, and to this day, linguists haven’t concluded where it came from.

What are some basic Spanish phrases to learn before your trip?

Travelling internationally might seem a little daunting when you don't speak the local lingo, but learning a few basic words is enough to give you a bit of confidence when communicating with the locals. It also shows your appreciation and respect for the country's culture and will add to your overall travel experience. You don’t need to spend hours trying to learn Spanish (unless you want to, that is!), as the following phrases should help you get by. 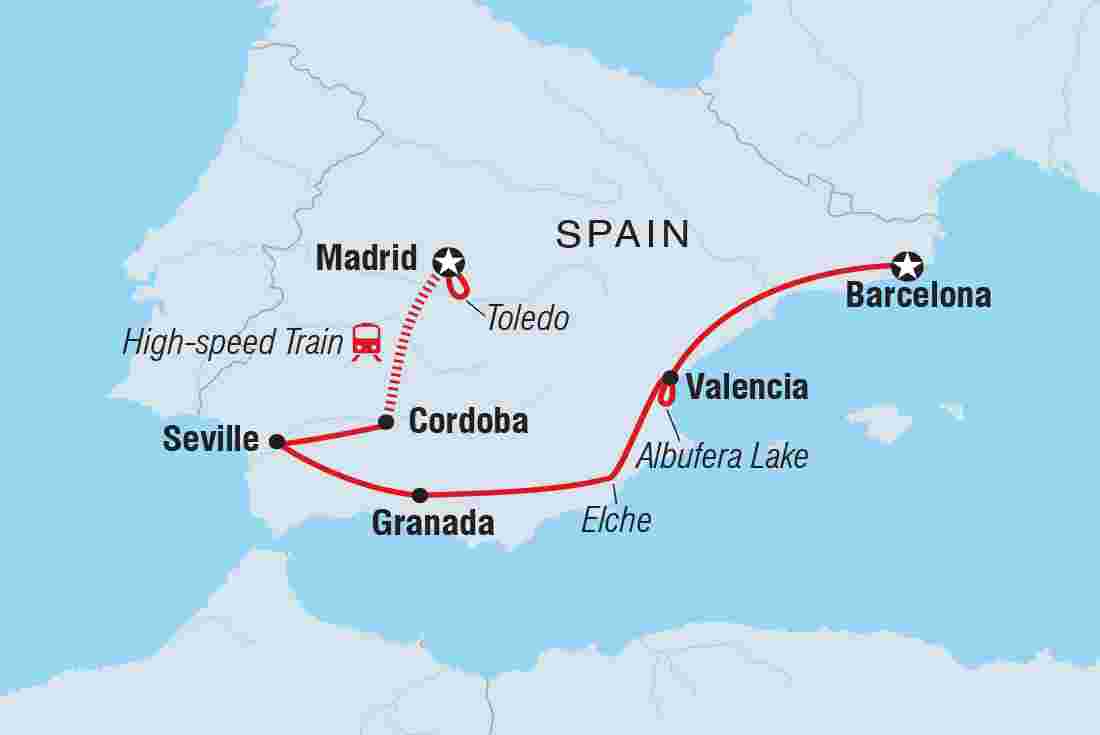