Size aside, it’s pretty hard to fault Luxembourg One of the teeniest nations on the European map, this landlocked nation enjoys some of the highest living standards in the world – something which becomes rapidly apparent on arrival.

Fly into Luxembourg City and you’ll be greeted by a capital that effortlessly blends the architectural romances of old-world Europe with the latest in urban conveniences. Enter the country by land and you’ll be presented with evergreen meadows, languidly flowing canals and stately cliff-top castles. Then there’s a hearty national cuisine to tuck into, a steaming nightlife to check out and elegant town plazas to wile away the hours in – and all squeezed into a plot of land less than 1,600 square kilometres. It just goes to show, size certainly isn’t everything.

Explore Europe on a 15-day Lonely Planet Experience from Barcelona to Berlin, including... 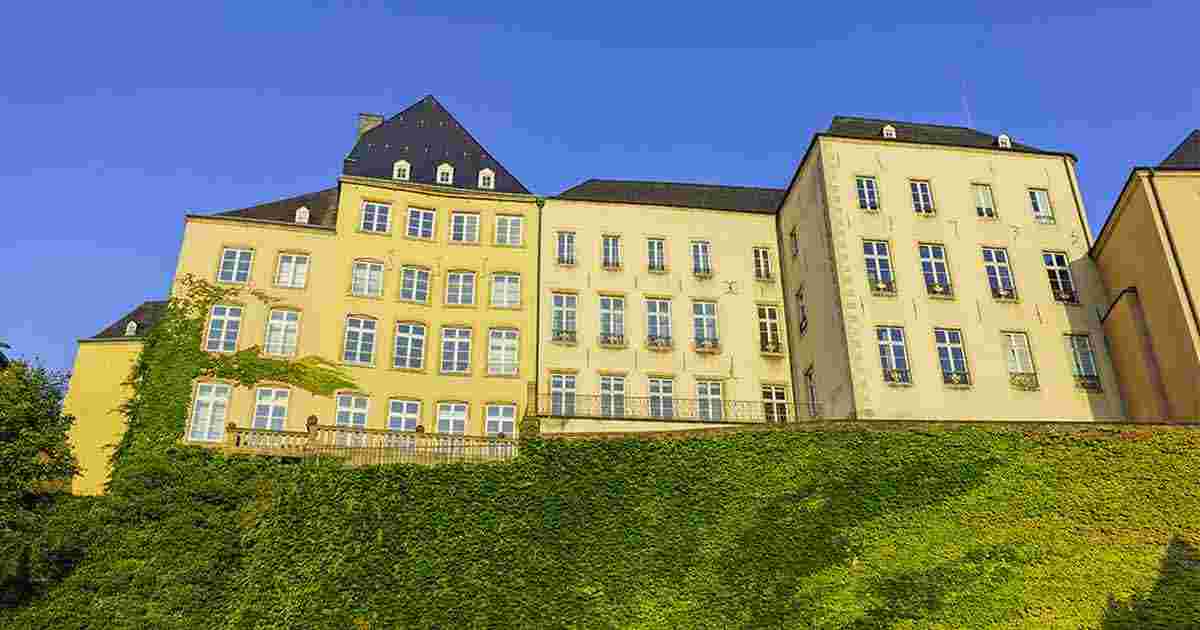 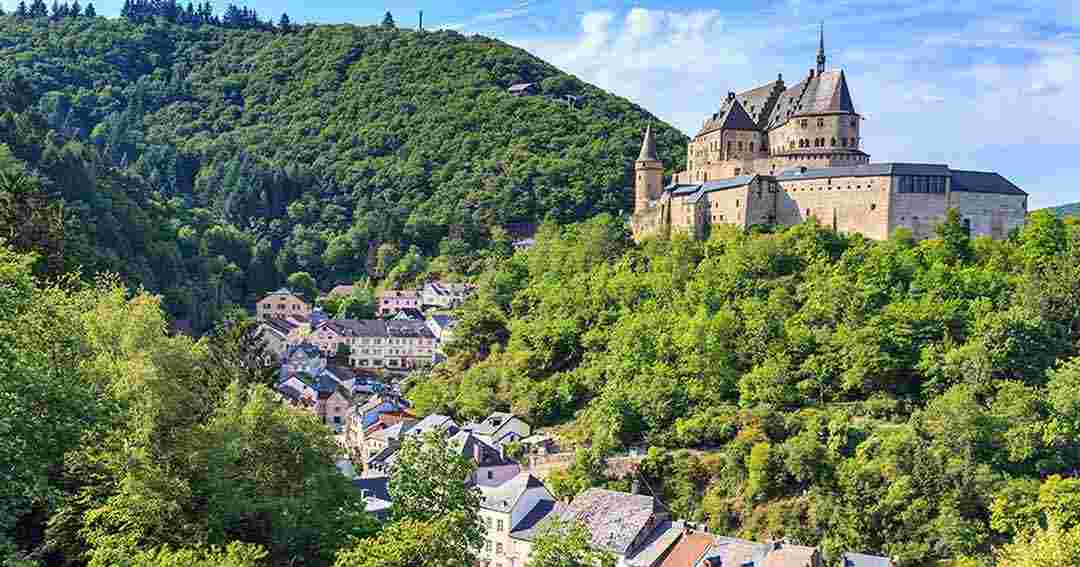 Zip through the country’s verdant countryside by train 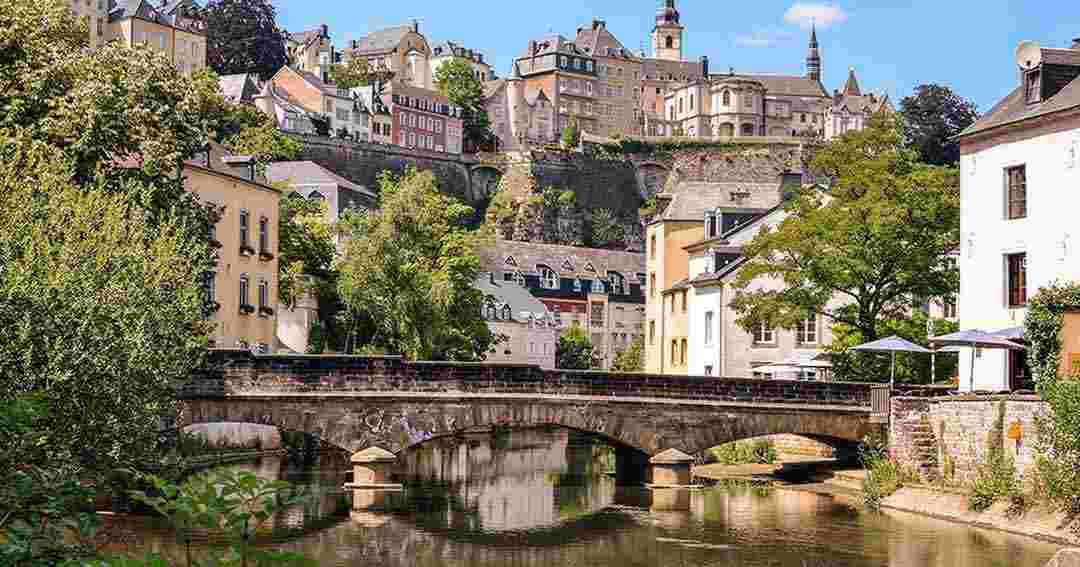 Luxembourg’s terrain varies considerably from north to south, and the weather accordingly. The northern one-third of the country, which forms part of Ardennes, is known as Oesling and the southern two-thirds Gutland. Summer (May to September) is the best time to visit, when the weather is at its warmest and driest, although rain does still fall across both regions throughout the year. On the whole, Oesling is slightly cooler and wetter than Gutland. Autumn can also be a good time to visit the north, as this is when the leaves turn and the carpet of autumn colours are breathtaking. 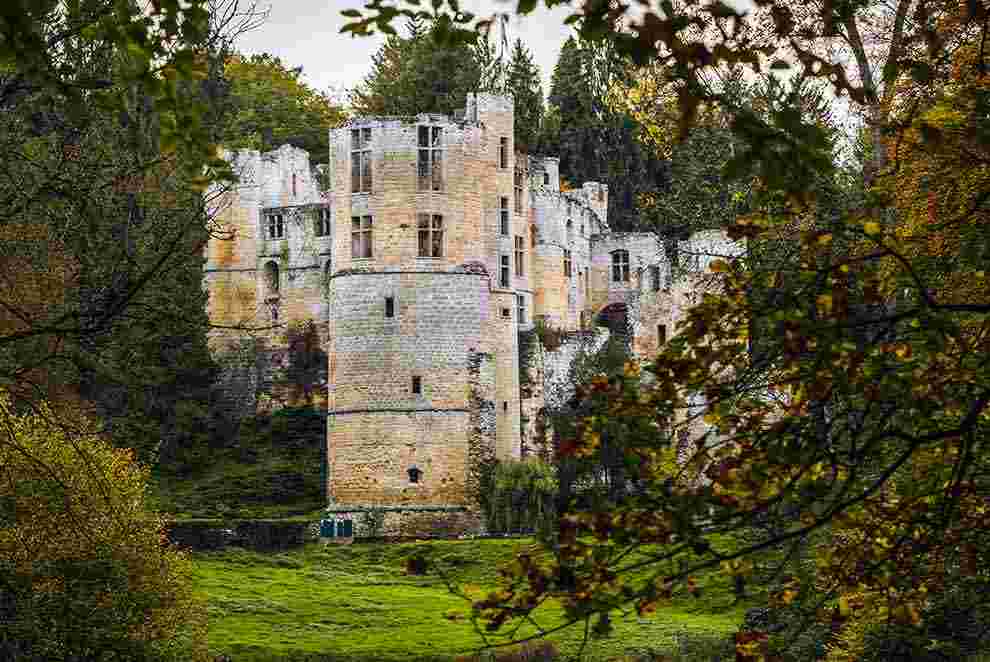 Bock Casemates, in the centre of the capital, is where the country’s obsession with castles all began. Built by Count Siegfried back in AD 963, it inspired the development of Luxembourg City and was deemed so well fortified that it became known as the ‘Gibraltar of the North’. In 1867, as part of the conditions for the country’s independence, the demolition of the fort was ordered – an unfortunate edict that cost 16 years and 1.5 million gold francs. Fortunately some of the casemates and gates couldn’t be blown up without also destroying parts of the city, so there’s still 17 km of real-deal tunnels and staircases to wander through.

This castle, which boasts an impressive moat, dates from the 11th century and is particularly interesting for the various renovations and extensions that its succession of owners have made. Passing from the Beauforts to the Orleys to the Velbrucks, the castle had to be sold following destruction incurred during the Thirty Year War (1618–48) and Johann Baron von Beck came out as the successful bidder. Governor of the province of Luxembourg on behalf of the Spanish King, von Beck ordered its revamping in the Renaissance style that was all the rage at the time before expiring from battle injuries. Passing into his son’s hands, the castle fell into disrepair and even served as a quarry for a time until Henri Even and Joseph Linckels, evidently thinking it deserving of greater glory, painstakingly restored it.

Built between the 11th and 14th centuries, Vianden Castle features Gothic, Renaissance and Romanesque style architecture and exists as one of the largest fortified castles west of the Rhine. As is generally the fate of all Luxembourg’s castles at some stage, the castle fell into disrepair from the 17th century, helped none by a buyer’s decision to rip off and sell its tiles, windows, doors and furniture. Restoration began seven years later when the King bought Vianden back, and these days the castle ranks as one of Europe’s most important historical monuments.

Relatively small and modest in comparison to many of Luxembourg’s other castles, Esch-sur-Sûre is cleverly constructed on a neat bend of the River Sûre. The fortress is really only approachable from one direction – which rendered it pretty difficult to attack. A charming little town soon sprung up around it, and strolling along its riverside boulevards by evening with the illuminated ruins in the background makes for a very pleasant experience indeed.

Don’t be thinking Luxembourg’s castles are all just about history, rubble, lords and dungeons – because there’s also Wiltz. Sure, the castle’s past may follow the usual tune – built, defended, defeated, deteriorated, restored – but nowadays it plays host to an annual music festival and houses the National Museum of Brewing. So when it comes to sheer coolness, you could probably say that Wiltz is king of the castles.

Luxembourg as we now know it began in AD 963 when Siegfried, the Count of Ardennes, obtained sovereignty over a promontory called the Bock and had Lucilinburhuc Castle built. Enticed by the security this impressive fortification appeared to offer, migrants flocked in and a city grew (the ruins of Lucilinburhuc Castle can still be seen in Luxembourg City). Unfortunately the fortifications were also the envy of many a surrounding empire, and the population had to endure centuries of military invasions by jealous foreign armies looking to bolster their own strongholds. Successively occupied by the Bourbons, Habsburgs, Hohenzollerns and French, Luxembourg was finally granted its independence in 1867 in the Treaty of London (at the stipulated cost of having its fortifications demolished). Down a castle and with swathes of the country’s fertile lands having been usurped by Belgium over the years, the country diversified its economy and developed into an attractive haven for squillionaires who subscribe to the belief that paying tax sucks.

As well as regularly ranking as one of the world’s richest and safest countries, Luxembourg is the globe’s only remaining Grand Duchy. What this means on the ground is that executive power over parliament rests with Grand Duke Henri – who looks exactly like what one would imagine a Grand Duke would – and his ministers. Admirably cognisant of the fact they have things pretty good, Luxembourg and its nationals are happy to share their good fortune and host the highest proportion of immigrants in the EU.

Is tipping customary in Luxembourg?

Bars and restaurants will often add a 15% service charge to the bill. If you believe the service you received was particularly good, feel free to throw in a few more Euros (this goes for hotel staff too). Higher-end restaurants will likely expect an additional 10% tip, as will taxi drivers.

There are only a few internet cafes in Luxembourg, but plenty of hotels and cafes have Wi-Fi (and it’s often free).

Can I use my mobile/cell phone while in Luxembourg?

Mobile phone coverage in Luxembourg is excellent and roaming agreements exist with most international mobile networks.

Toilets in Luxembourg are western-style and flushable.

What will it cost for a:

Can I drink the water in Luxembourg?

Yes, the tap water in Luxembourg is perfectly safe to drink.

Major credit cards are widely accepted by stores and hotels in Luxembourg. Smaller cafes and shops may not accept credit cards, or have a minimum spend, so ensure you carry enough cash to cover small purchases.

ATMs are common and easily found throughout Luxembourg. 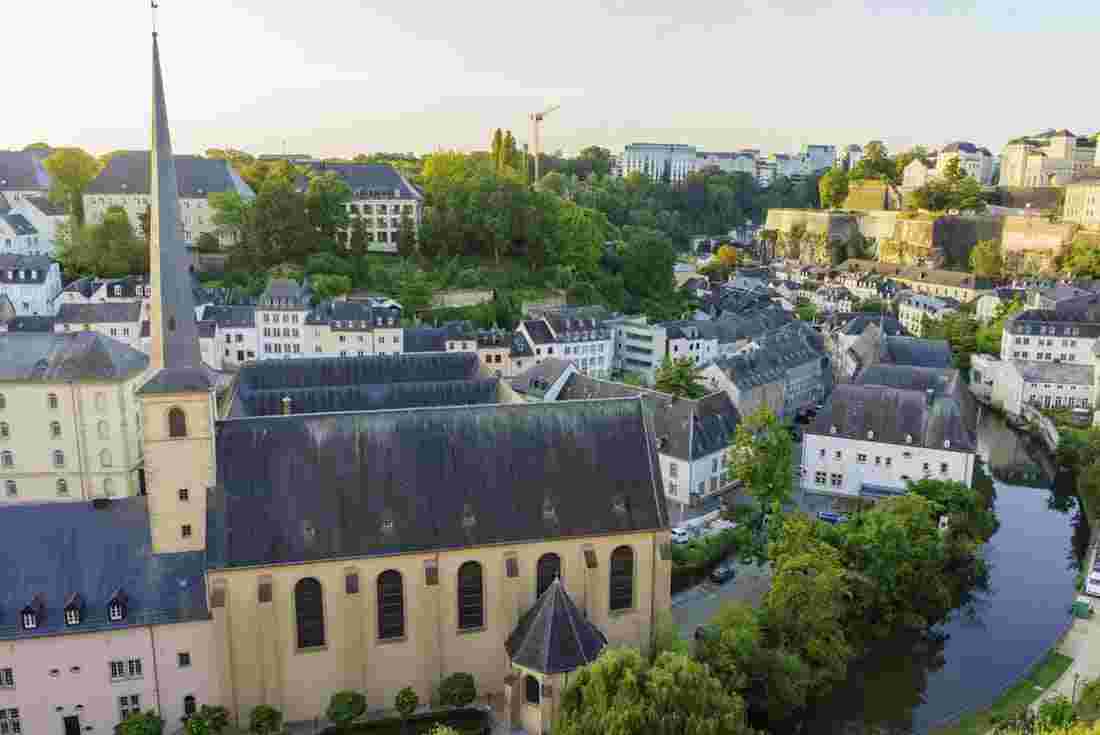 In Luxembourg, we stay in locally run accommodation including guesthouses, smaller-scale hotels and homestays in an effort to support the local economies. We also visit locally-run restaurants and markets where travellers will have opportunities to support local businesses and purchase handicrafts created by local artisans.