The Kimberley is the northernmost region of Western Australia. Made up of a vast network of gorges, intricate cave systems, vast plains and snaking rivers, the region is bursting with untamed beauty and natural wonders. It's also one of Australia's most remote and sparsely populated regions, with around 38,000 people living in an area of 424,000 square kilometres (that's roughly three times the size of England!).

Who are the Traditional Owners of the Kimberley?

The Traditional Custodians of the Kimberley are made up of more than 100 First Nations communities who speak over 40 Indigenous dialects. These communities have been living on these ancient lands for thousands of years and are deeply connected to Country. Culture is rich, and they continue to pass down Creation stories, knowledge of the land, and traditional ceremonies, music and dance through the generations. This knowledge is often conveyed in stories, but you can also see ancient rock paintings throughout the Kimberley's national parks. There is a lot to learn from the Traditional Custodians of the Kimberley – and all other First Nations peoples – whether it's learning about traditional bush foods, medicine and Indigenous ecology, or listening to stories over fresh damper and billy tea.

Here are some of the Traditional Owners in the Kimberley region.

Nyikina Mangala Country spans from the lower section of the Martuwarra (Fitzroy) River to King Sound in the north. The river is central to Nyikina Mangala culture and has been a lifeline for thousands of years – providing a source of food and spiritual connection to Country. Nyikina Mangala people have fought hard for land rights, equality and protection for sites of cultural and heritage significance. Nyikina Mangala Native Title rights were acknowledged in May 2014, and the Walalakoo Aboriginal Corporation was founded shortly after as the main body representing the community for political, social and economic relations.

Bunuba Country covers a large area of central-west Kimberley from the township of Fitzroy Crossing to Jijidu (Dimond Gorge) in the north, the Napier Ranges in the west and the Oscar Ranges in the east. It's home to diverse landscapes, animals and plants including the stunning Windjana Gorge, Tunnel Creek and Danggu (Geikie Gorge). The Bunuba people’s Native Title rights were recognised in 2021 after a long 13-year process. One of the most famous people from Bunuba Country was Jandamarra – an Aboriginal and Torres Straight Islander freedom fighter who used the 750-metre cave system of Dimalurru as a hide-out in the late 1800s.

Gooniyandi Country is located in central Kimberley. It's bordered by Margaret River in the north, the Fitzroy River in the west, and the Great Sandy Desert and Christmas Creek in the south. Many Gooniyandi people today live in communities east of Fitzroy Crossing. Gooniyandi Country is also home to Mimbi Caves – one of the oldest identified sites of human occupation in Australia and a highly sacred place for the Traditional Custodians. You can learn about Gooniyandi culture by joining a local guide on a tour through the caves where you'll listen to Dreamtime stories of how the crystal-clear pools were created, marvel at ancient rock art and sample bush foods.

The Karjaganujaru and Gija peoples are the Traditional Owners of Purnululu National Park, which is home to the spellbinding Bungle Bungles. Formed over 300 million years ago, these beehive-shaped sandstone domes are a place of deep spiritual significance for the Traditional Owners – and the wider First Nations communities of the Kimberley – who have called these lands home for more than 20,000 years. The park was given World Heritage-listed status in 2003 and has inspired many First Nations artists including Rover Thomas and Queenie Mckenzie (both now deceased).

The Mowanjum peoples are a community of three tribes or language groups – the Worrorra, Ngarinyin and Wunumbal peoples – from north-western and central Kimberley. They share a culture and lore based on Wandjina, or the sacred spirits responsible for all creation. Ancient Wandjina Dreamtime art can be found on rocks and in caves throughout the region.

While passing through Derby on the way to or from Tunnel Creek, you can visit the Mowanjum Aboriginal Art and Cultural Centre to learn about Worrorra, Ngarinyin and Wunumbal culture and see some of the incredible artwork by local First Nations artists. The centre also hosts the annual Mowanjum Festival which is a great opportunity to listen to music, eat delicious bush tucker, and take part in cultural workshops such as didgeridoo playing, boab nut carving and ochre painting. 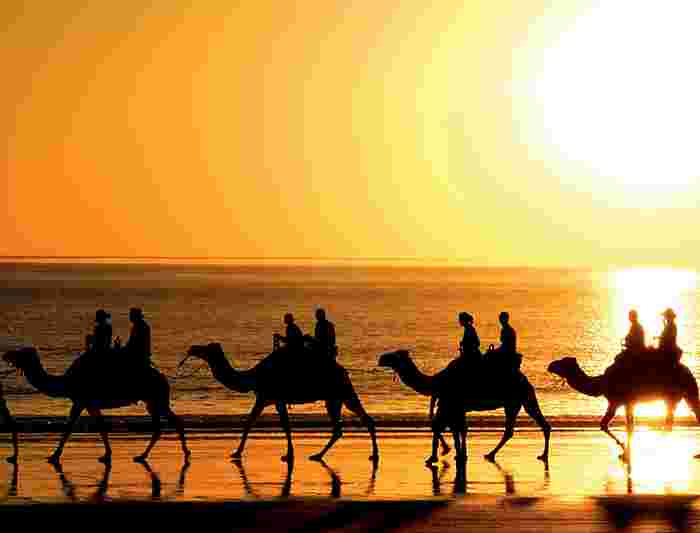 Broome to the Bungle Bungles

Explore the unique landscape of the Bungle Bungles, cruise through Geikie Gorge in...

Broome to the Bungle Bungles

Explore the unique landscape of the Bungle Bungles, cruise through Geikie Gorge in... 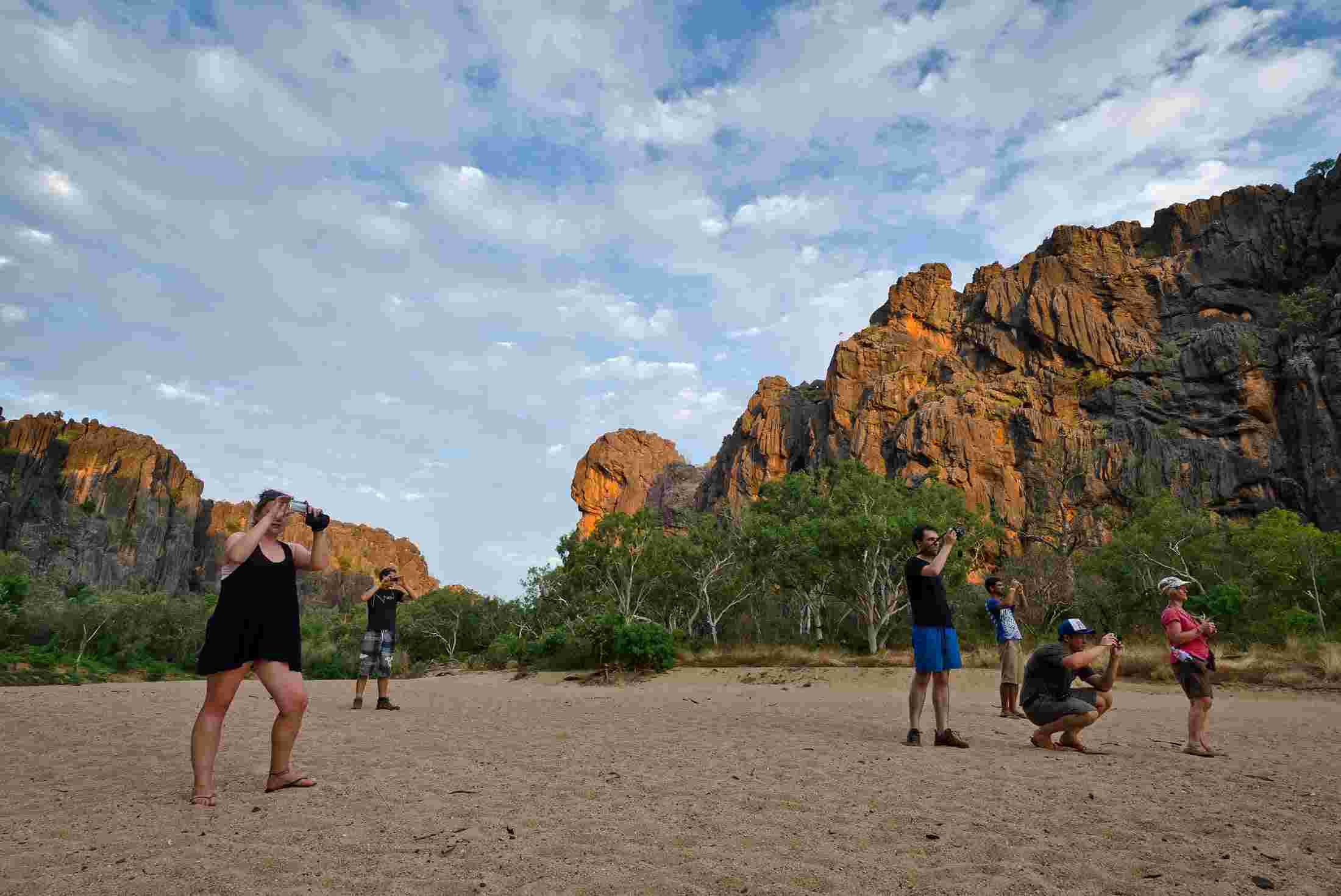 Discover the wonders of Australia’s Kimberley region on a 14-day adventure through the... 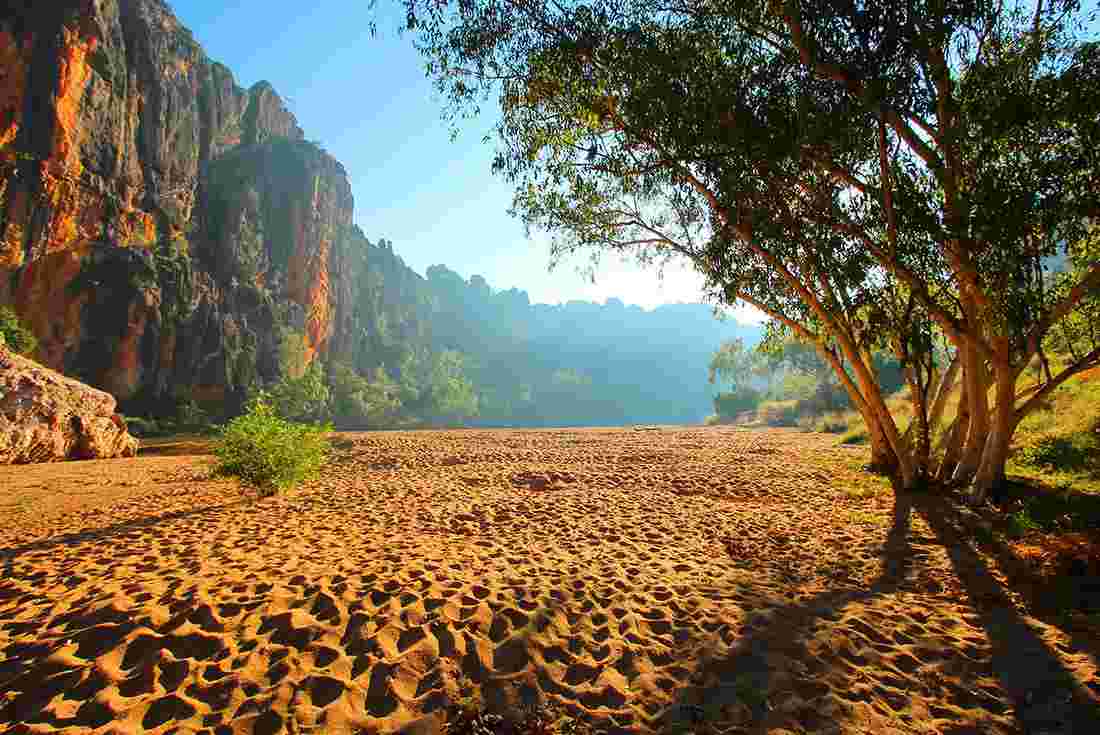 Explore the best of the Kimberly on a five-day Top End family adventure with Intrepid.... 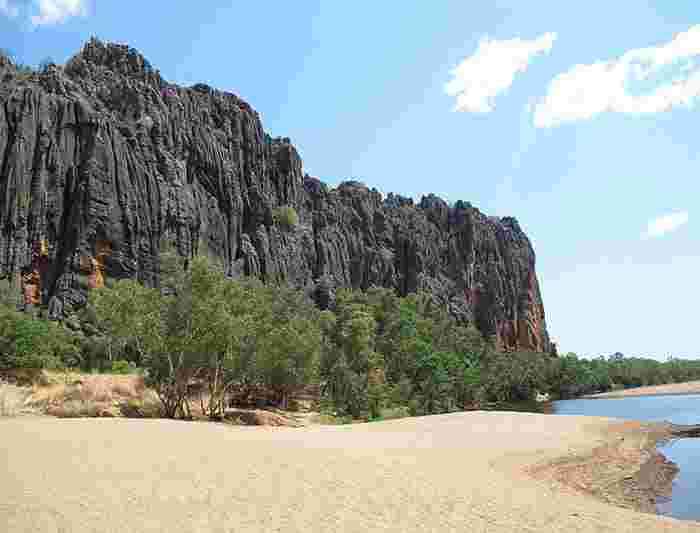 Get wild on a 11-day tour through the Kimberley region from Broome to Broome, including...

Get wild on a 11-day tour through the Kimberley region from Broome to Broome, including... 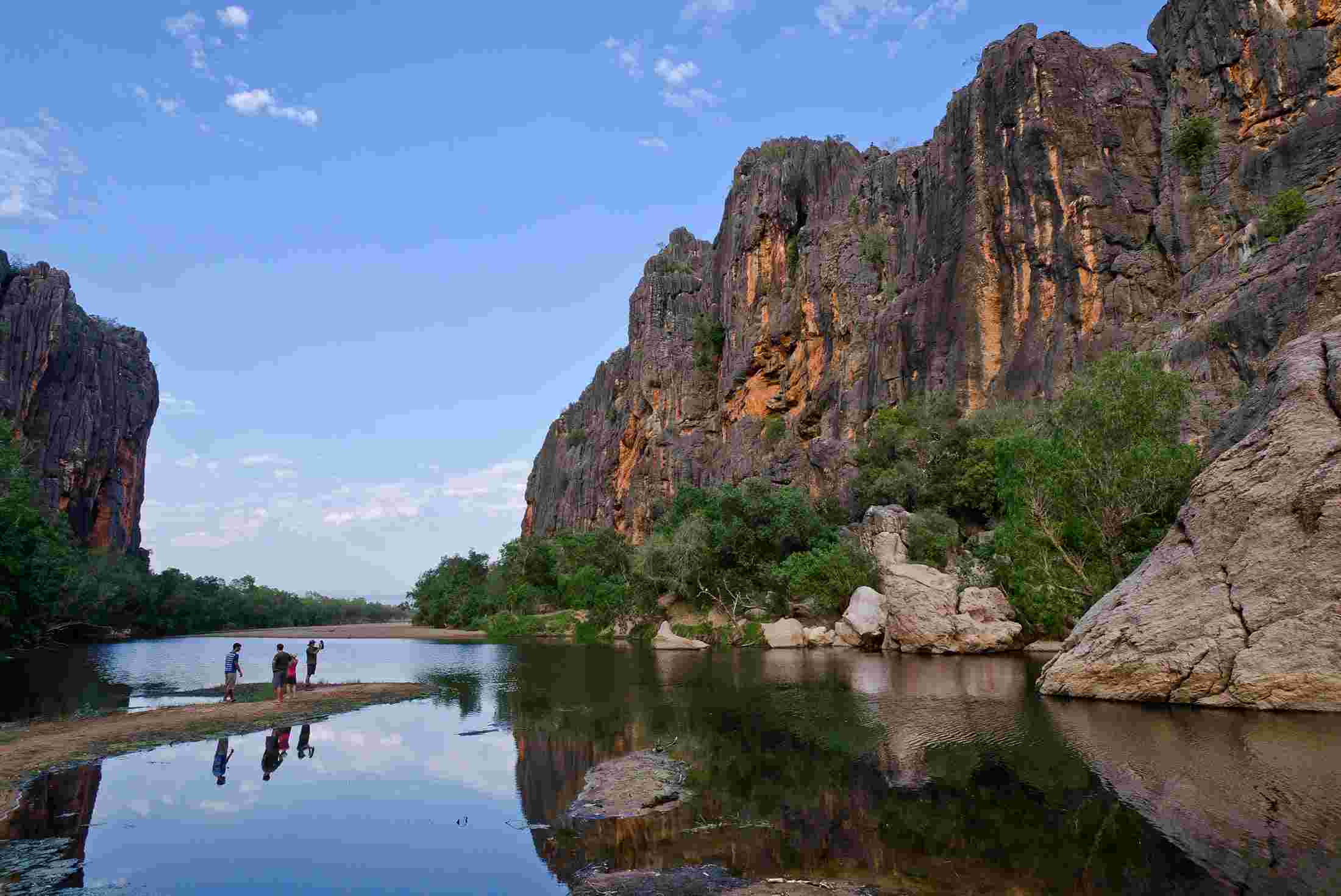 Get wild on a 13-day tour through the Kimberley region from Broome to Broome, including...

Get wild on a 13-day tour through the Kimberley region from Broome to Broome, including...