Enjoy an Indian Real Food Adventure from Kochi to Hyderabad.

Discover the incredible flavours of southern India on this Real Food Adventure. Dine on idli and parotta, stroll through plantations of coffee, tea and spices, join a passionate local food guide for a tasting tour of Madurai and cook up a storm in Kochi before heading to the mecca of biryani, Hyderabad. Stay in a heritage mansion in Kandukathan, discover life (and food) on the Kerala backwaters and go searching for wildlife in Periyar National Park. You will relish every day and every meal of this delicious ten-day trip through the southern heart of India. 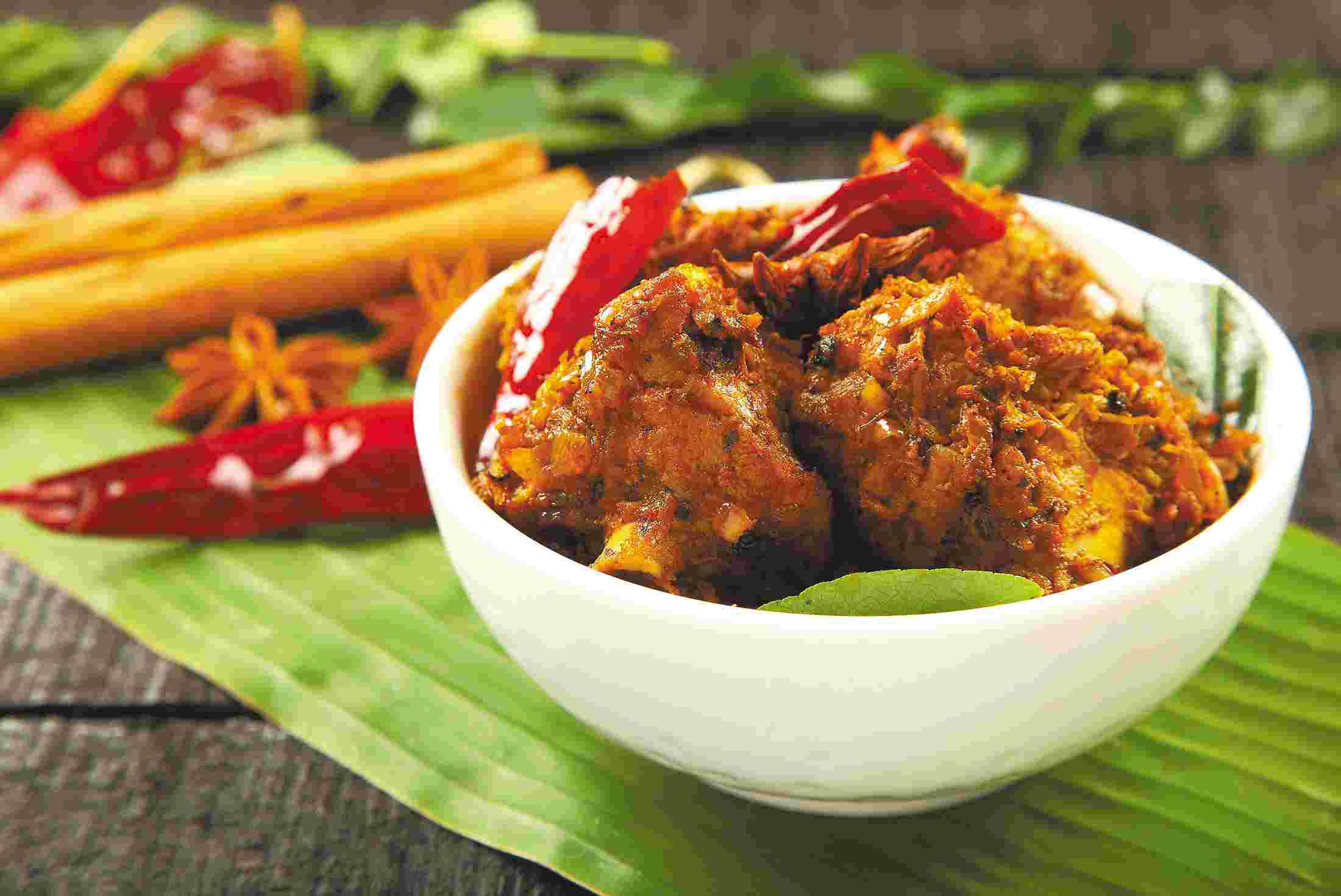 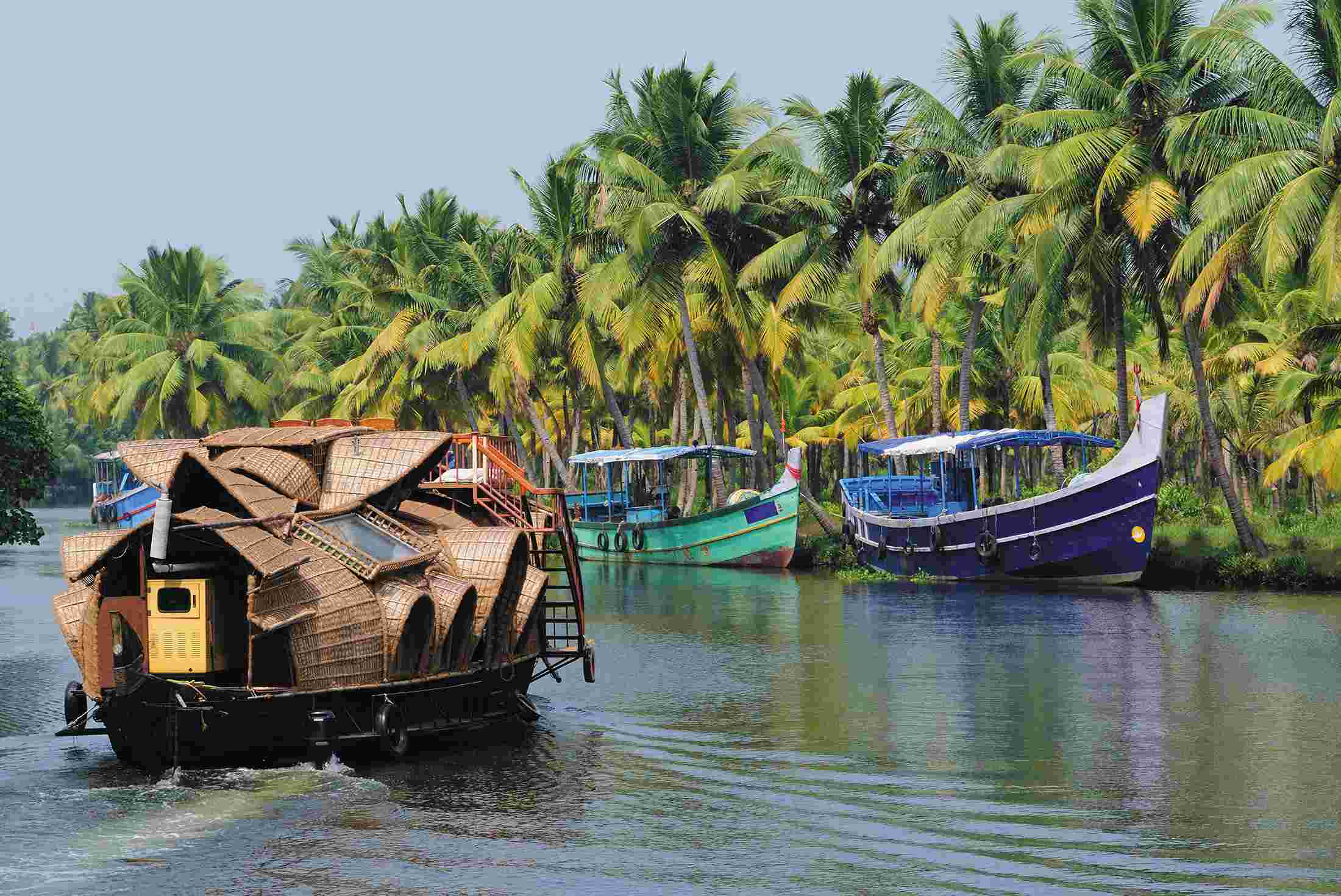 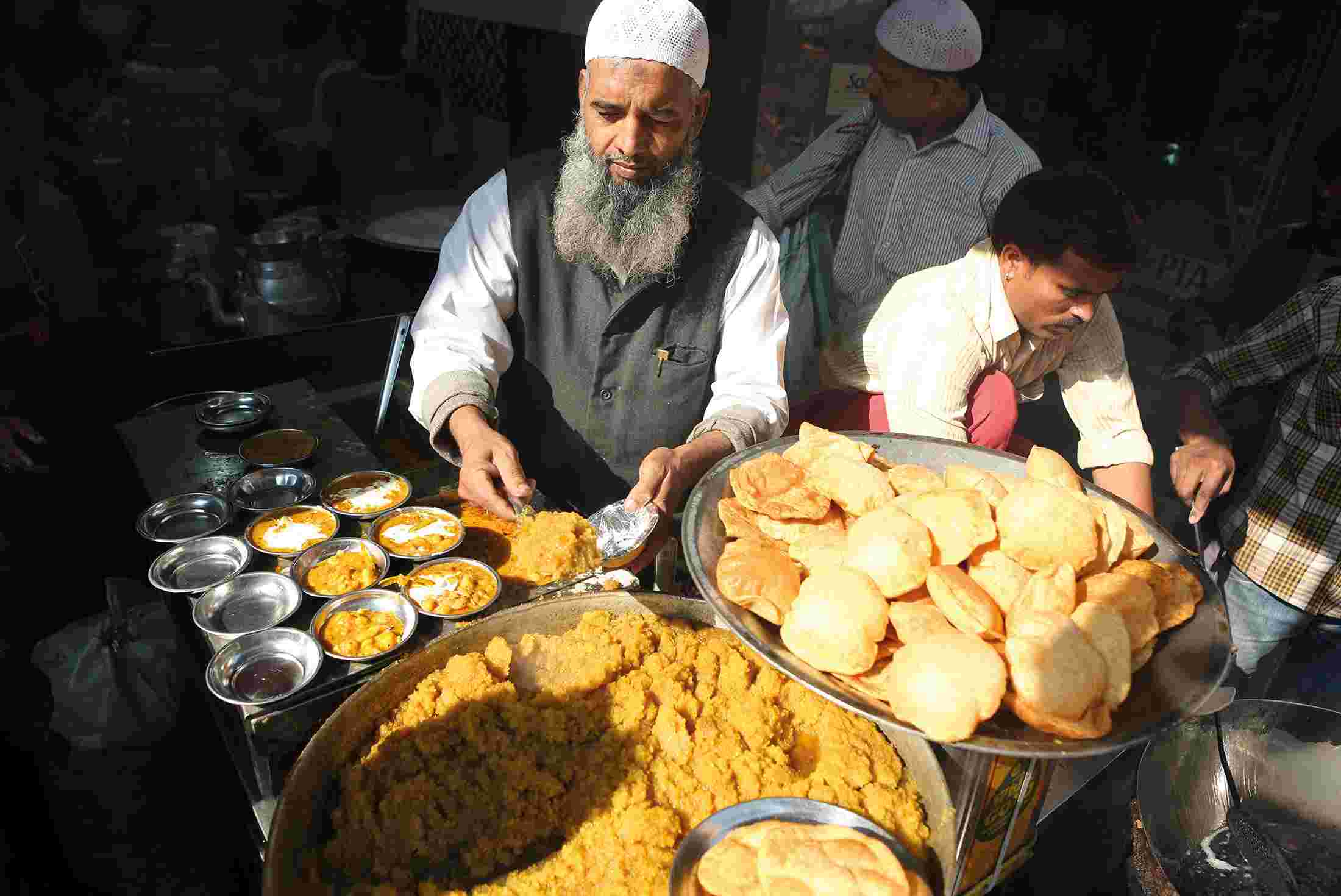 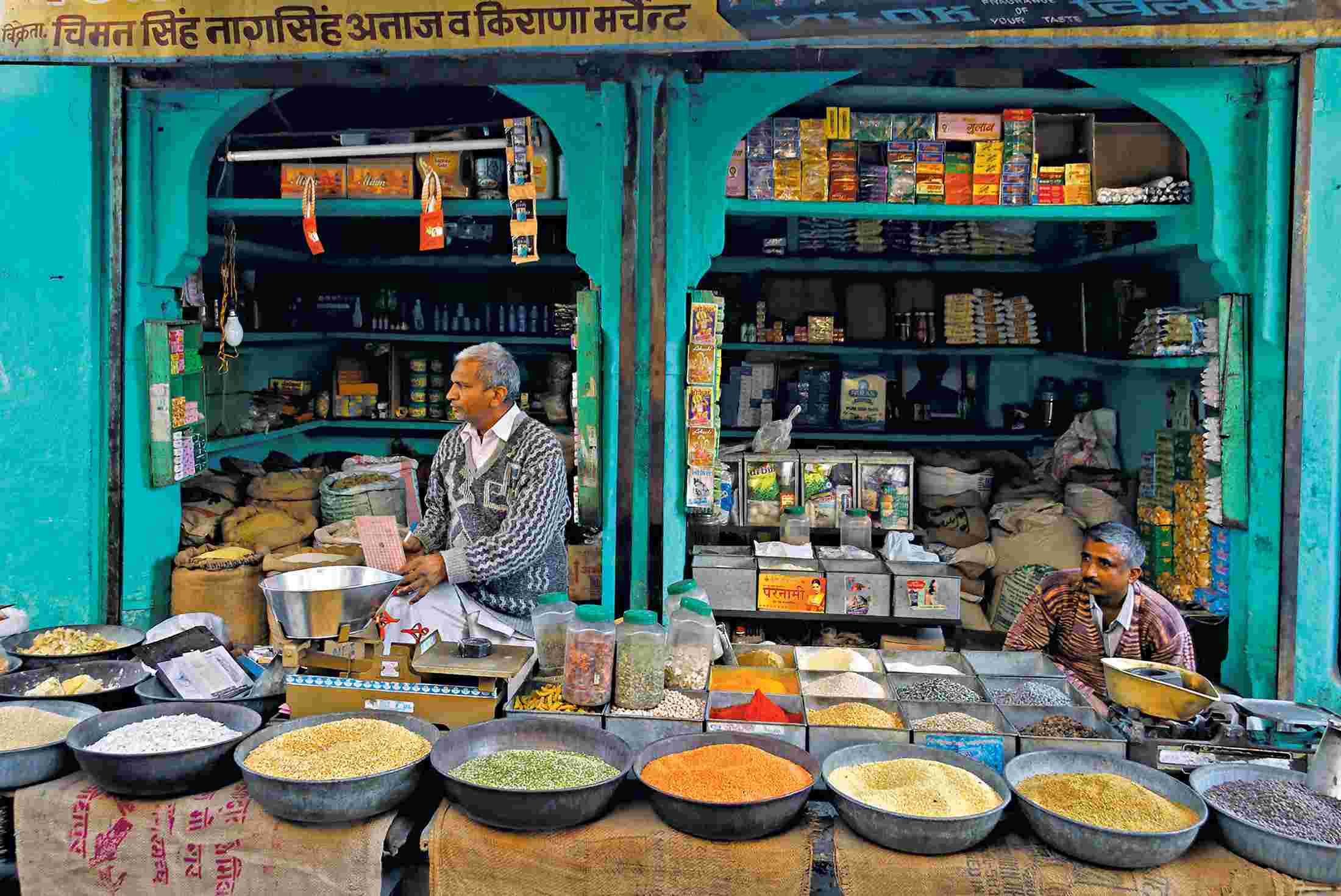 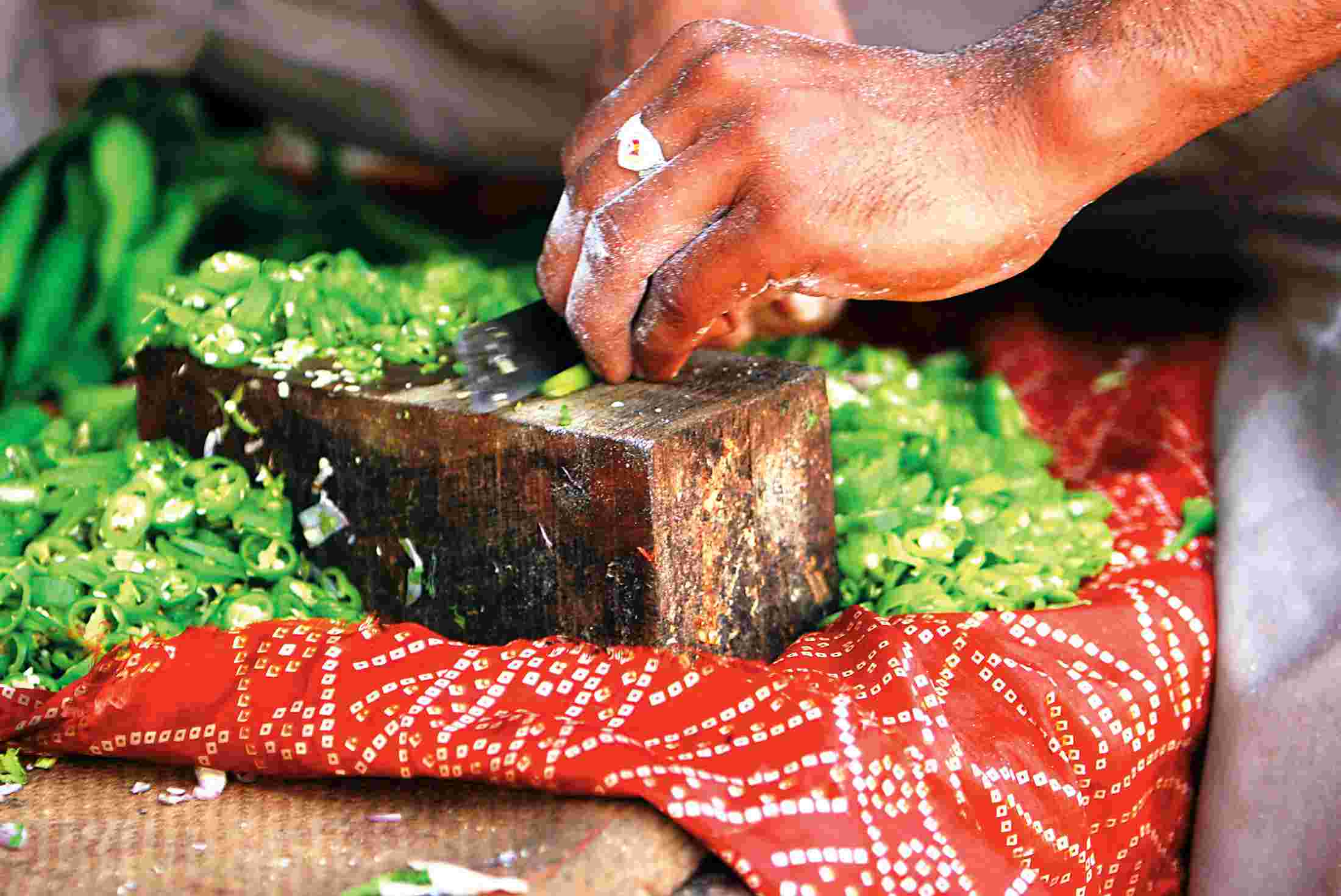 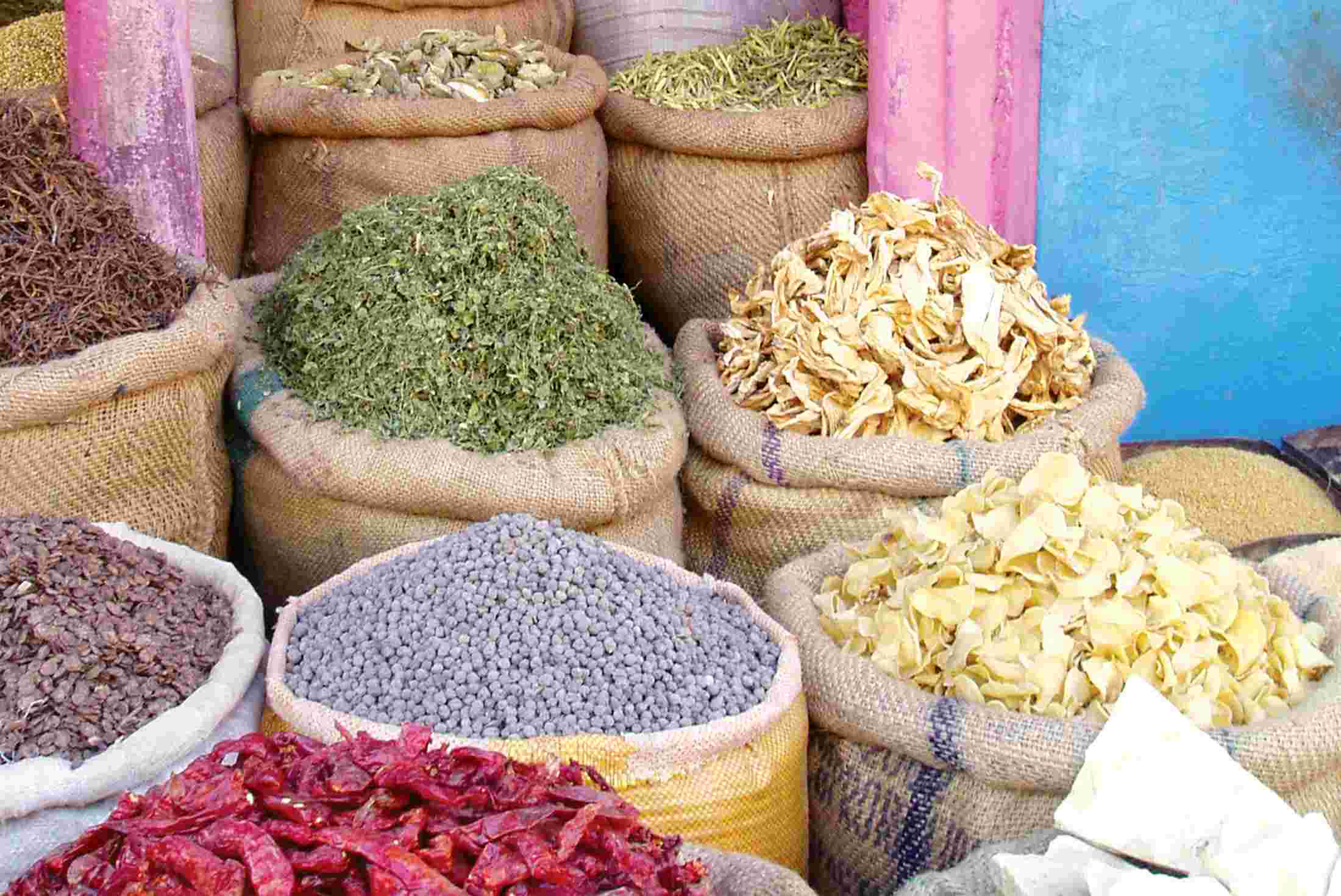 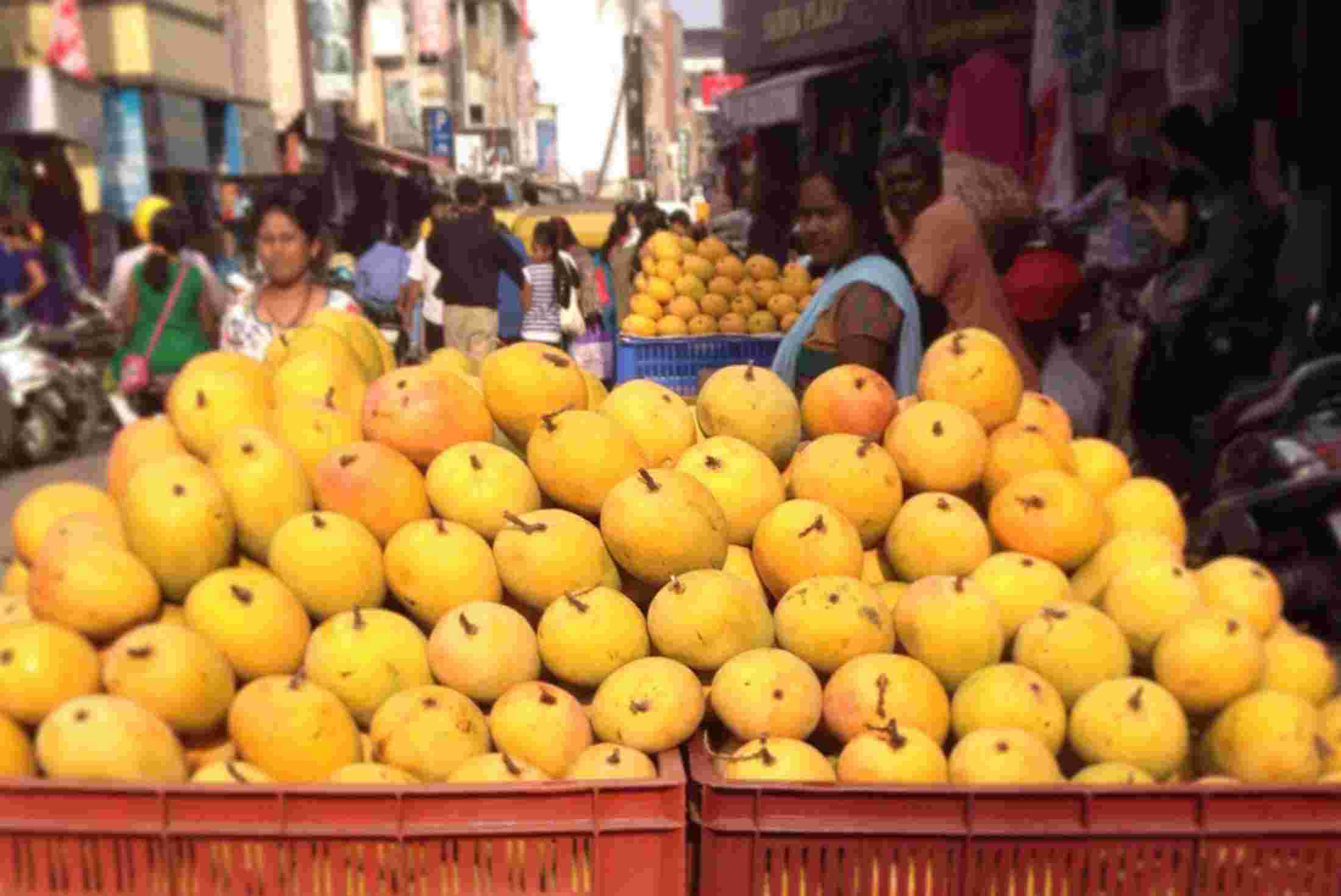 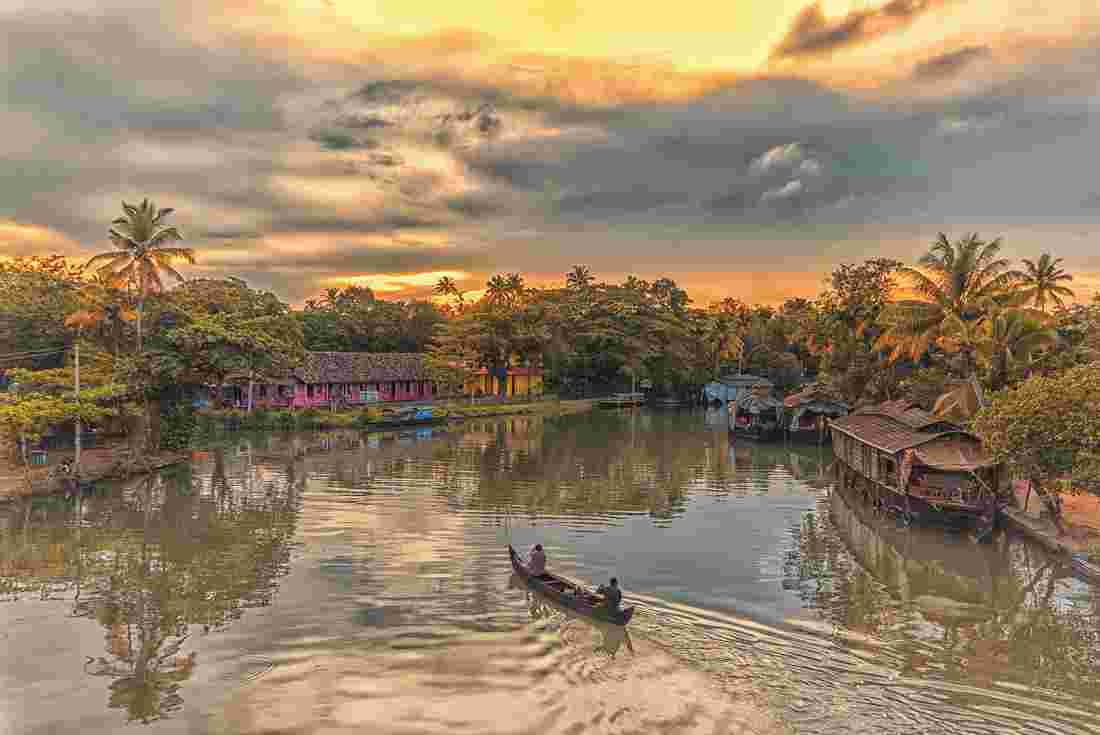 Namaste! Welcome to India. A fusion of modernity and tradition, the vibrant colours and diverse cultures of India are truly captivating. Be at one with bustling cities and feel the touch of the land’s spirituality. Your adventure will begin with a 6 pm welcome meeting in the hotel. Your trip begins in Kochi, or Cochin as it was formerly known, which is spread over several islands and has a diverse feel from Portuguese, Dutch, Chinese and British influences. The city boasts the oldest church in India as well as Vasco de Gama’s final resting place. Get to know your local leader and fellow travellers with dinner featuring the local cuisine.

Today, take in some of Kochi’s most interesting sights. Visit the Dutch Palace (Mattancherry Palace), which was built in the 16th century by the Portuguese and later claimed by the Dutch in 1663. The Dutch developed the existing palace before presenting it to the rajas of Cochin. Interestingly Kochi is also home to a Jewish community that has roots going back as far as AD1000, and you’ll see the Jewish synagogue in the city. Built in 1568, the Pardesi Synagogue is one of the oldest existing synagogues in India. In the afternoon visit a traditional 1940s Kerala home located in the heart of Fort Kochi and enjoy a cooking class. Among the dishes you’ll learn to prepare will be a Keralan classic – fish curry. Sit down and indulge in a feast with new friends.

Transfer by private vehicle to a homestay on the banks of the Kerala backwaters (approximately 2 hours). Swaying palm trees, lush rice paddies, winding waterways, Ayurvedic massage and welcoming locals all await on this amazing Kerala backwaters homestay. Take a pole boat ride through the community taking in the lush colours and scenes of daily life along the water’s banks. In the evening, join your hosts for a home-cooked dinner and pick up the trick to whipping up payasam – a delicious sweet and milky dessert.

Rise early and drive past rubber and pineapple plantations and thick jungle to the spice plantation town of Thekkady (approximately 4 hours). Thekkady is the gateway to Periyar National Park and Tiger Reserve, perched high in the ranges of the Western Ghats. Thekkady proudly celebrates the food traditions of both Kerala and Tamil Nadu, and the town and its neighbouring villages are highly regarded for their spice cultivation. Prepare for a fragrant tour of a spice plantation and discover some of the many varieties grown here, from ginger, cardamom and vanilla, to pepper, cinnamon, clove and nutmeg. In the late afternoon, head out to the home of a former rickshaw driver turned cooking teacher. The class will be conducted in an open courtyard with a small barbecue, where some of the cooking will take place. In this class you will also learn the secret to preparing porotta – a layered flatbread typical to parts of Southern India.

This morning, venture into the acclaimed Periyar Wildlife Sanctuary for a guided nature walk. The sanctuary surrounds a lake which was formed as result of a dam that was built in 1895. It ambles through the contours of the wooded hills and is a permanent source of water for local wildlife. Wildlife encounters are never guaranteed, but if luck is on your side you may see some Indian elephants, deer, tigers or gaur – the world's largest species of buffalo. You are more likely to see Bonnet macaques who are often found near the entrance to the reserve, or the Malabar giant squirrel – a species native to India. From here, learn about the essential tea traditions of the region with a plantation visit and tour with a local grower before enjoying a cup or two! In your free time this evening, you could enjoy an optional ayurvedic massage or attend an exciting demonstration of Indian martial arts (kalaripayattu) at the Kadathanadan Kalari Centre.

Drive on to Kandukathan (approximately 6 hours), famous for its unique architecture and salt trade, arriving around midday. Settle in at your accommodation – an impressive mansion built in 1902 by prosperous merchants who used construction materials, decorative items and furnishings imported from East Asian countries and Europe. Relax, go for a swim in the swimming pool, then get ready for a real treat – a masterclass in Chettinad cuisine. Chettinad cuisine is distinct to the Chettiars, a successful trading community who built a reputation for ‘eating like kings’. This regional cuisine in revered throughout India and is well regarded for its liberal use of spice, replacing chilli with pepper to impart a subtle heat to dishes. Chettinad cuisine also incorporates seafood, chicken and lamb, although Chettiars do not eat beef and pork. In the hall of the mansion, learn to prepare famous Chettinad dishes including the signature chicken drumstick curry accompanied by mint chutney, and follow it with a sumptuous feast in the open-air courtyard.

Today travel by private transport to Madurai (approximately 2 hours). Crammed full of bazaars, temples, small industries, pilgrims, cycle-rickshaws, beggars and street markets, Madurai showcases southern India at its colourful and lively best. The city is recognised as the centre of Dravidian culture, with its main attraction the famous Shree Meenaksh Temple in the heart of the old town. Take some time to explore this ancient and still active temple, which is a labyrinth of lamp-lit corridors that lead to shrines where some mysterious and interesting rituals are performed. The cuisine of the state of Tamil Nadu is also highly regarded and it is believed that the English word curry is derived from the Tamil word 'kari'. Characterised by the use of rice, legumes and lentils, the food of Tamil Nadu also has a number of regional variants, of which Madurai is a great example. Discover its signature flavours on a street food tour. Travel the city from east to west, past markets and temples, and get the inside scoop on the best street food the city has to offer. You’ll have the opportunity to sample delicacies such as peppercorn semolina, lentils and hand-churned ice cream made with sarsaparilla and seaweed. Finish up at a famous masala dosa spot, which is so popular it only opens for 4 hours a day!

Take a morning flight from Madurai to Hyderabad (approximately 2.5 hours). Hyderabad is the capital of southern India’s Telangana state, and is home to many upscale restaurants and shops. It is also one of India’s top food destinations where the cooking traditions of the princely state of the Nizams lives on. Take a leader-led orientation walk of the Old Town, and then embark on a delicious street food crawl in the evening with your group. Keep your eye out for the renowned biryani of Hyderabad – considered by many to be the country’s best, Lukhmi – the local samosas, often made with mutton filling, and Haleem – a savoury spiced stew. Dessert traditions thrive here too, namely Qubani ka Meetha – a Hyderabadi original featuring dried apricots cooked to a syrup and garnished with almonds and sweet cream.

This morning, take a trip outside of Hyderabad and head to Golconda Fort. This impressive fort once protected an ancient city at the centre of a diamond empire. Explore the mosques and the grand mud walls that once surrounded the city – the work of Kakatiya Kings from the 12th century. Once arrived back in the city, the afternoon is free for you to continue to explore but be sure to regroup with your fellow travellers for an included dinner, featuring the famous Hyderabadi Biryani.

With no activities planned for today, you are free to leave your accommodation at any time. That doesn’t mean your southern Indian adventure has to come to an end! If you would like to spend more time in Hyderabad, we’ll be happy to organise additional accommodation (subject to availability).

There are currently no scheduled departures on our South India Real Food Adventure trip. If you are interested in other trips in the region visit one of the links below.

FESTIVALS IN INDIA:
Please note travelling during major festivals such as Holi and Diwali can, at times, cause disruption the published itinerary. Please see the 'Safety' section for more details.

SINGLE SUPPLEMENT:
A single supplement is available on this trip