From the snow-capped peaks of Indian Himalaya's to whitewater rivers, this trip will have you hiking, biking and rafting through some of Ladakh's most spectacular scenery.

Hike, bike and raft your way through India's stunning Ladakh region. You'll call the Himalayas home and trek through mountain passes and remote villages before descending on two wheels from one of the highest motorable roads in the world. Explore the valleys as well as the peaks while rafting rapids and flat water, and gain an insight into the region's Buddhist beliefs after visiting several monasteries and religious sights. 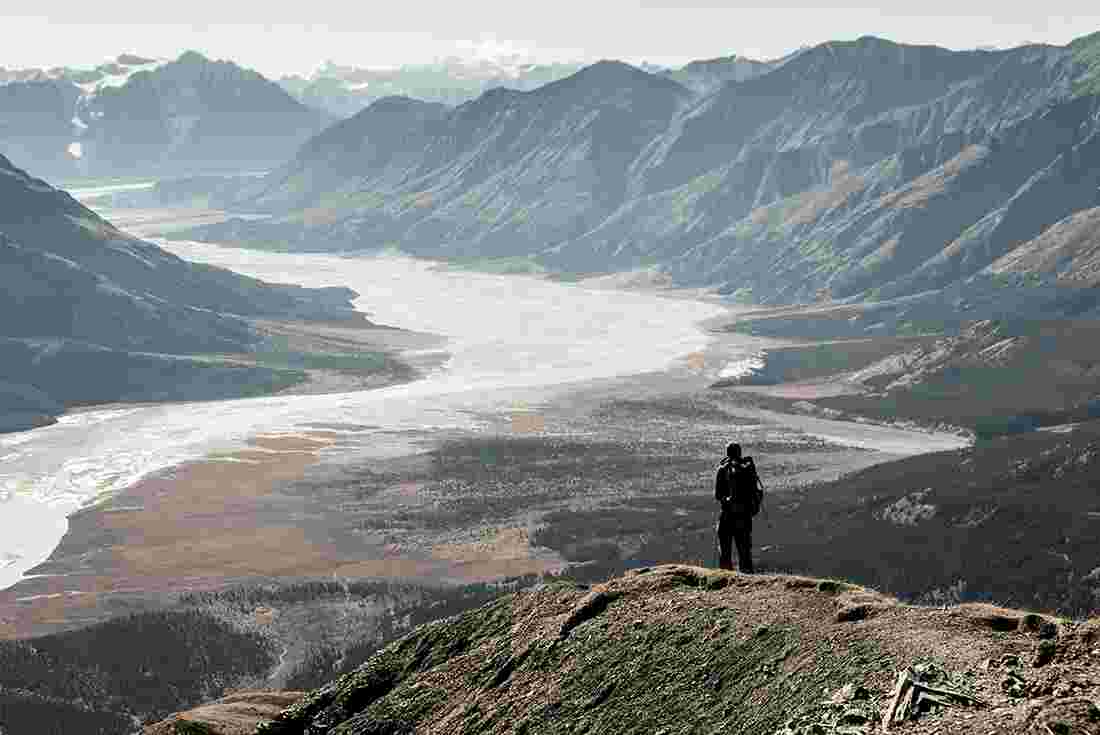 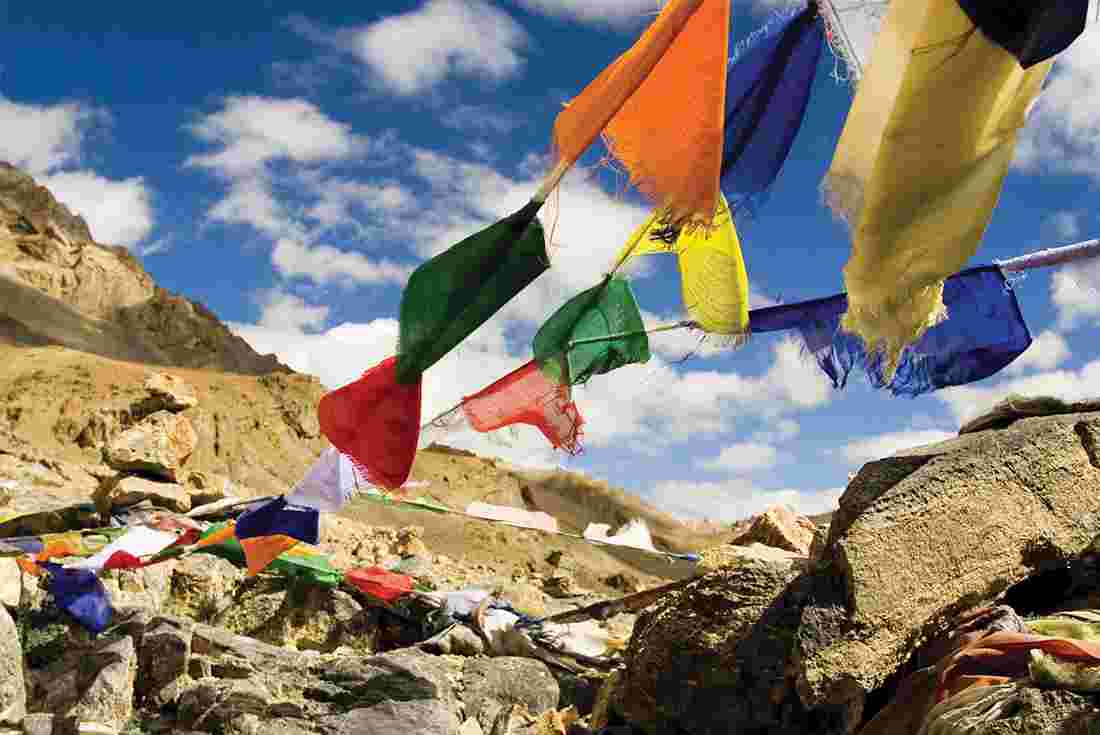 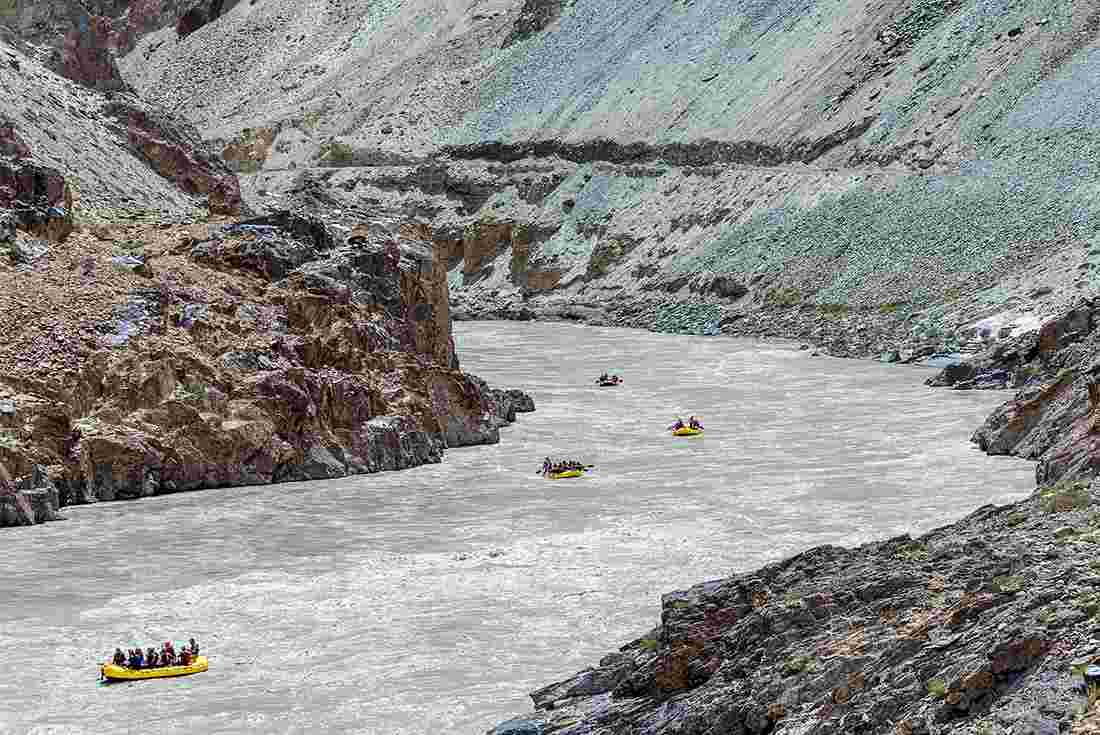 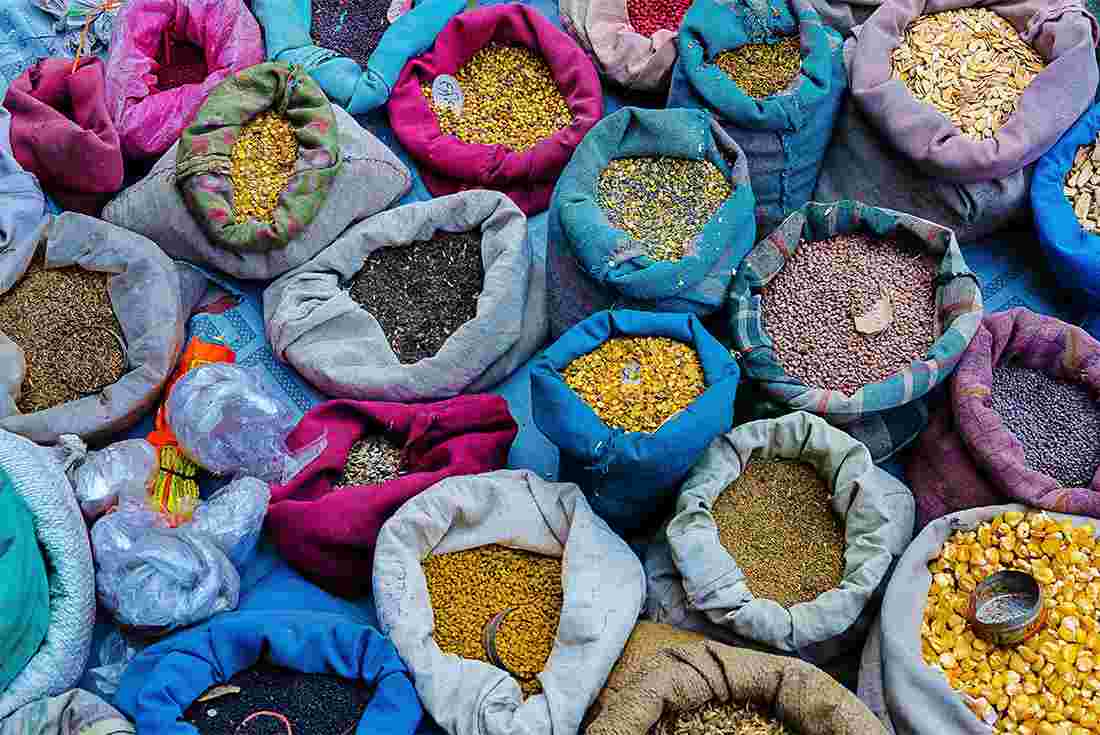 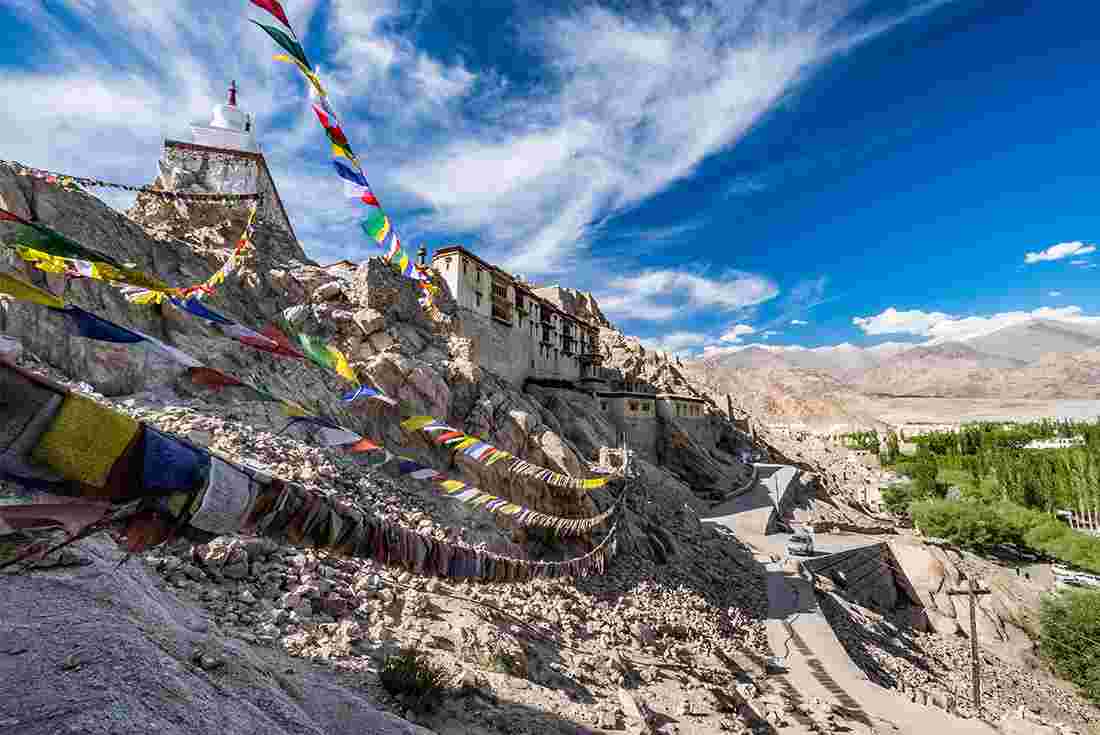 Welcome to Delhi, India's chaotic capital that's everything you imagine it to be and more. Meet your group at 6 pm, but there's no harm arriving early and immersing yourself in the sights and sounds of old and new Delhi.

Fly from Delhi to the mountain city of Leh, located in the Indian Himalayas approximately 3500 metres above sea level. Today provides an opportunity to relax and acclimatise to the altitude before taking part in some physically active adventures over the next coming days. Take a stroll, take it easy and take in the views.

Due to the high altitude of many of places we visit on this tour, the air is thinner and some travellers may suffer from altitude sickness, regardless of age, gender or fitness. Please see the 'Is This Trip Right For You?' and 'Health' sections in the trip notes for detailed information.

Spend another day taking in the sights of Leh. Sharpen your bargaining skills with visits to the Tibetan Market and local bazaars, then head to Leh Palace for spectacular views of the city and surrounding mountains. Construction of the palace began in 1553 and it's modelled after the Potala Palace, which was the Dalai Lama's official residence up until 1959. Nearby, the Shanti Stupa sits high above town and is a breathtaking sight nestled in the seemingly never-ending Himalayan range.

Ladakh is known for its phenomenal whitewater rafting and today you'll experience some of the best. Depart in the morning to paddle a 30-kilometre stretch of river from Chilling to Sangam, which features Grade III/IV rapids, some truly beautiful scenery and a serious adrenaline spike. Once finished, drive through the mountain passes and look down on the river on your way to your homestay in the Sham Valley.

Visit the monastery atop a hill upstream of the village, then hike through the villages of Sumdo and Yangthang as you cross small passes called Phobe La (3550 metres) and Charatse La (3650). Spend the night at camp in Yangthang after four to five hours of trekking, and enjoy your first night out under the Himalayan stars.

Wake surrounded by peaks and breathe in the crisp mountain air as you prepare for another day of trekking. Enjoy breakfast in Yangthang then hike towards Rizong Monastery, known for its strict monastic rules. Pass through groves of poplar, willow, apricot and apple trees alongside a mountain stream before arriving at Chulichan Nunnery, which sits below the monastery, after approximately half an hour. Enjoy lunch then continue trekking, crossing a pass behind the monastery on your way toward the small village of Hemis Shukpachan, where you'll camp the night.

Today you'll trek from Hemis Shukpachan to Temisgam, taking approximately three to four hours. It's a slightly longer day and involves crossing Maptek La, a pass sitting at 3750 metres above sea level. From here, there are fantastic views of the surrounding valleys and mountains. You'll get your first glimpse of Ang soon after the pass, from where the road leads down to Temisgam village. Here, there are ruins of a historical fort and a small monastery containing a marble statue of Avalokitesvara, a Bodhisattva representing compassion. The trek comes to an end here, and on completion the group will return to Leh for the night.

Spend a day sightseeing around Leh on bikes. Enjoy breakfast, then jump in the saddle and check out Shey Palace, the Thiskey and Hemis monasteries, the Stok Palace Museum and Sindhu Ghat. In total, you'll bike for three to four hours through breathtaking scenery, taking in Buddhist buildings and dwellings built into the sparse, imposing landscape.

Gear up for a big day of cycling. After breakfast, drive to Khardung La Pass, one of the world's highest motorable road (over 5300 m above sea level), from where your two-wheeled adventure begins. Translating as 'Pass of Lower Castle', Khardung La was once a vital road connecting Leh with trade routes across Central Asia, though now it services the Indian military and, of course, travellers. While the famous sign at the top claims the title of Highest Motorable Road, there are several others that are higher but still, it's pretty ridiculously high. You'll enjoy stunning views of the landscape on your descent. Later, in the afternoon, there'll be free time to explore the markets before overnighting in Leh.

Say goodbye to Leh, your mountain home, and the Ladakh region as you fly from Leh to Delhi. The rest of the day is free for you to reacquaint yourself with the sights and sounds of the city, no doubt a huge contrast to the past week or so. If you have any energy left, get together with your group for a farewell dinner and toast a trip that'll leave you feeling high regardless of the altitude.

This Himalayan adventure comes to an end in Delhi today. There are no activities planned and you're free to depart at any time, but we highly recommend spending some time in Delhi and checking out the range of Urban Adventures (urbanadventures.com/destination/delhi-tours). After all, you're only a few hours away from the Taj Mahal.

There are currently no scheduled departures on our India Himalaya: Hike, Bike & Raft in Ladakh trip. If you are interested in other trips in the region visit one of the links below.

Travel from the bustling streets of Kolkata into Odisha, travelling between markets...

This transformative journey explores the science of life and wellness, as traditionally...

1. A single supplement is available on this tour with the exception of the camping nights.
2. Due to the demands of travelling at high altitudes a Passenger Self Assessment Form is required for this trip.

NEW TRIP
Just as a heads up before you book: this trip is new to our range this year. And while we have thoroughly researched every detail of the logistics, new destinations can sometimes throw us some unexpected surprises. More often than not, it’ll be a great surprise. But every now and again there might be a hiccup. We like to think that’s what puts the ‘adventure’ in ‘adventure travel’.