Glamorous, grungy and full of character, Serbia is Europe put in a blender, shaken and stirred.

While the lush, vineyard-layered countryside and crumbling fortresses hint at the Europe of old, the fiery energy of Novi Sad's EXIT Festival and Belgrade's heaving nightclubs give this Eastern European mainstay a renewed spirit that defies its recent past. So for a taste of something old, something new and pretty much everything in between - why not accept Serbia's alluring cocktail. Trust us, you won’t regret it. 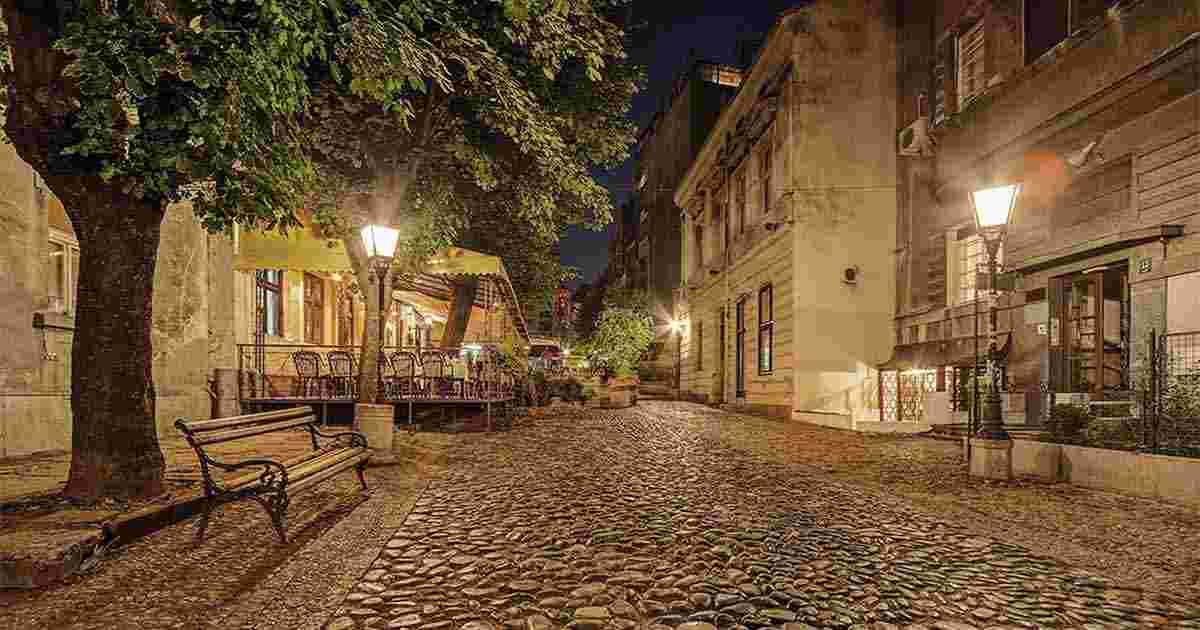 With bohemian cobblestone streets to stroll by day and legendary parties at night, Belgrade has got you covered 24/7. Step aside, Berlin. 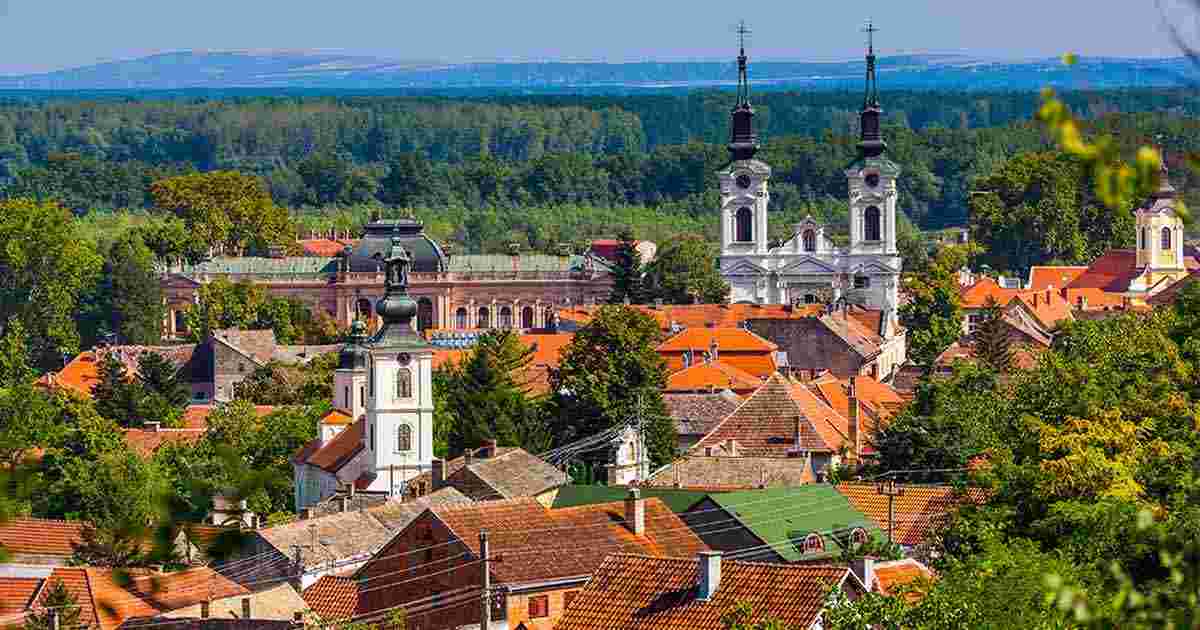 Sip local wine at a family-run vineyard in Sremski Karlovci 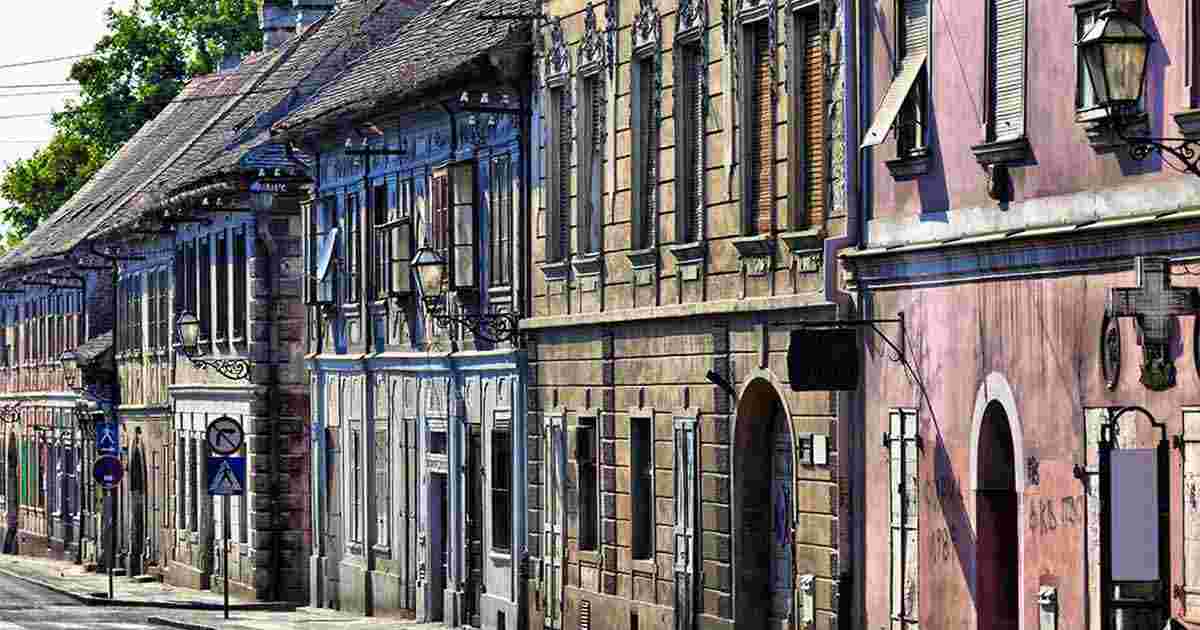 Perched on top of a 40-metre volcanic slab, soak in panoramic views of the Danube from the mighty Petrovaradin Citadel.

Generally, Serbia's weather is quite moderate, with a mixture of Central European and Mediterranean conditions providing the potential for fine weather in all seasons. Both summer and winter are prone to occasional days of extreme weather, with occasional dry, hot days in summer and heavy snowfalls from December to April. The majority of rainfall occurs from March to April and from October to November. Despite the temperature occasionally rising above 35 degrees C in the south, cold spells are not uncommon. With this in mind, it's a good idea to be prepared for all temperatures (regardless of the season), and pack a mixture of summer and winter clothes. For nature lovers, spring brings blossoming flowers and warm temperatures, and the countryside at its greenest during this time.

As is the case with many other European destinations, Serbia experiences the highest volume of visitors between July and August, so expect crowds around Belgrade and in Novi Sad, especially during the annual EXIT festival in July.

Serbia’s culture has been shaped by a history of migration, conquest and war. In some ways, the country is still reeling from the aftermath of the Yugoslav wars, though what has clearly emerged is a strong sense of patriotism. A sure-fire way to offend a local is to lump Serbia with other ex-Yugoslav nations. While what it means to be Serb is still evolving, for many it means being family-oriented, speaking Serbian and belonging to the Serbian Orthodox Church. 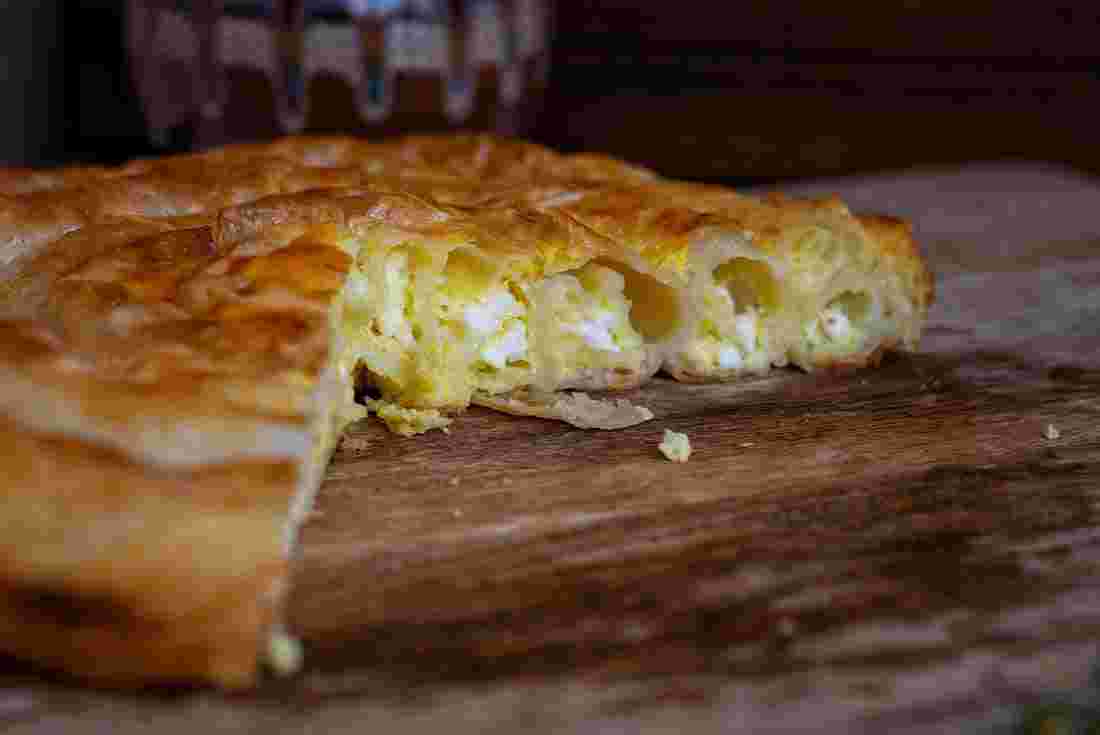 Traditional Serbian cuisine is a hearty fusion of Turkish, Mediterranean, Hungarian and Austrian influences, rich in meat, cheese and pastry. Drinking coffee is a national pastime in Serbia, with Turkish-style kafa being the blend of choice.

2.    Sarma
Similar to Greek dolmades, sarma is a small roll made using ground beef and rice that’s then wrapped in pickled cabbage or grapevine.

3.    Burek
Commonly eaten for breakfast along with a drinkable yoghurt, burek is made using thin layers of pastry filled with cheese, spinach or minced meat. 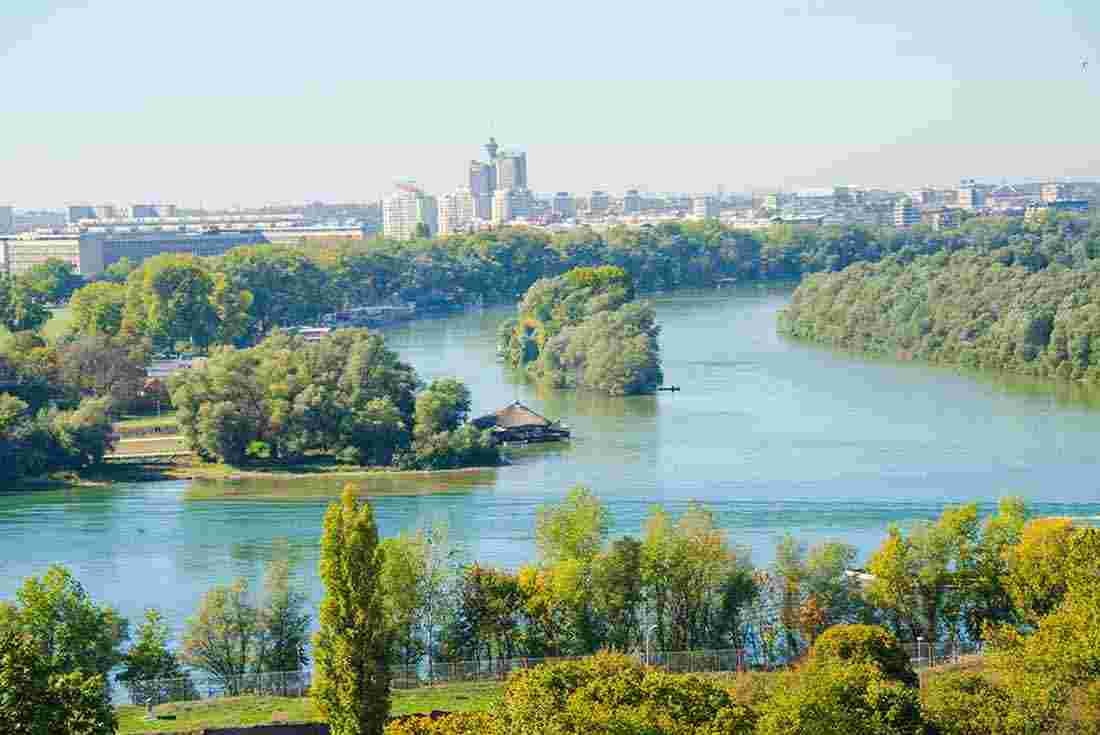 This largely unspoilt Balkan country is characterised by wide rivers, rugged mountains and stunning lakes. Picturesque Vojvodina flatlands, fertile fields and glacial lakes cover the northern region. South of Belgrade, the terrain becomes more rugged, with the Dinaric Alps to the west and the Balkan Mountains to the east. The Danube River extends across the country, entering from the border with Croatia in the west and exiting through Romania in the east; the eastern portion of the Danube is widely considered the most scenic part of the entire river. Djerdap National Park – home to white cliffs, lush green hills, oak forests and rich biodiversity, is located in this region. 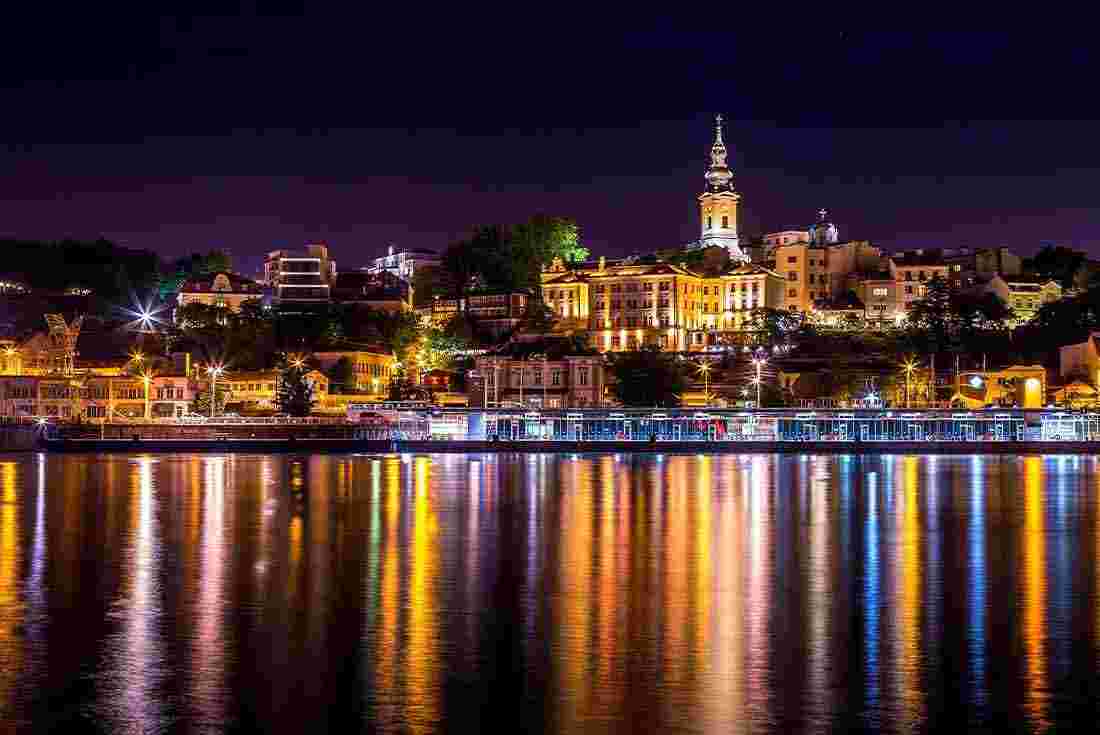 1. The Federal Association of Globe Trotters

Although its name may suggest otherwise, many travellers miss out on the delights of this uber-trendy spot. While an inconspicuous location and total lack of signage keep this carefree bar off the map, those curious enough to step off the street will find an eclectic and exotic decor that borrows from just about every culture on earth. Add a laidback vibe and some lip smacking cocktails and you can see why locals and tourists fall in love with this place time and time again. If Intrepid owned a bar, this is what it would look like.

You have to wonder whether Petrovic Blaznavak - a former Serbian defence minister - could have imagined that his former house would become one of Belgrade’s hippest bars, 150 years after it was first built. But that's exactly what makes Blaznavak Cafe particularly charming - it’s a perfect place to meet, drink, eat and discuss, in the classical surrounds of a Serbian house filled with technicolour graffiti. Need we say more?

Their website proclaims 'it doesn’t matter who Steven Brown is', but we reckon he must know how to party. With guests such as Gerard Butler, Novak Djokovic and Michael Madsen spotted in the midst of this super club, it's certainly not for the faint of heart or weak of wallet. But then again, the city views and all-night awesomeness might just make it a worthy end to any Belgrade pub crawl.

If someone told you that they spent a day in Belgrade lazing under the shade of an umbrella and sipping cocktails on the beach, you could probably be forgiven for thinking they had gone insane. But before you check them into the asylum, head down to the banks of the Danube on one of Serbia's glorious summer days. Not only will you find bronzed bodies splashing in the cool waters, but some of the city's best bars are set up along the shoreline - ready to welcome you with a fruit cocktail or delicious ice-cream sundae. According to one of the most popular of these bars, the aptly named Sunset Bar, 'your pleasure and good time are our mission'. Mission accomplished!

For those that like their cosmopolitans served with a side of contemplation, Plato’s Jazz Club is situated in the esteemed Philosophy Department of Belgrade University. A former meeting point during the student protest of the 90s, the debonair setting is absolutely charming, even if the drinks are a little pricey. Be careful though, emerging from Plato’s shadowy jazzy cave and into the daylight may change your perception (of bars) forever - or at least have you raving about 'the truth' to your friends for years to come. 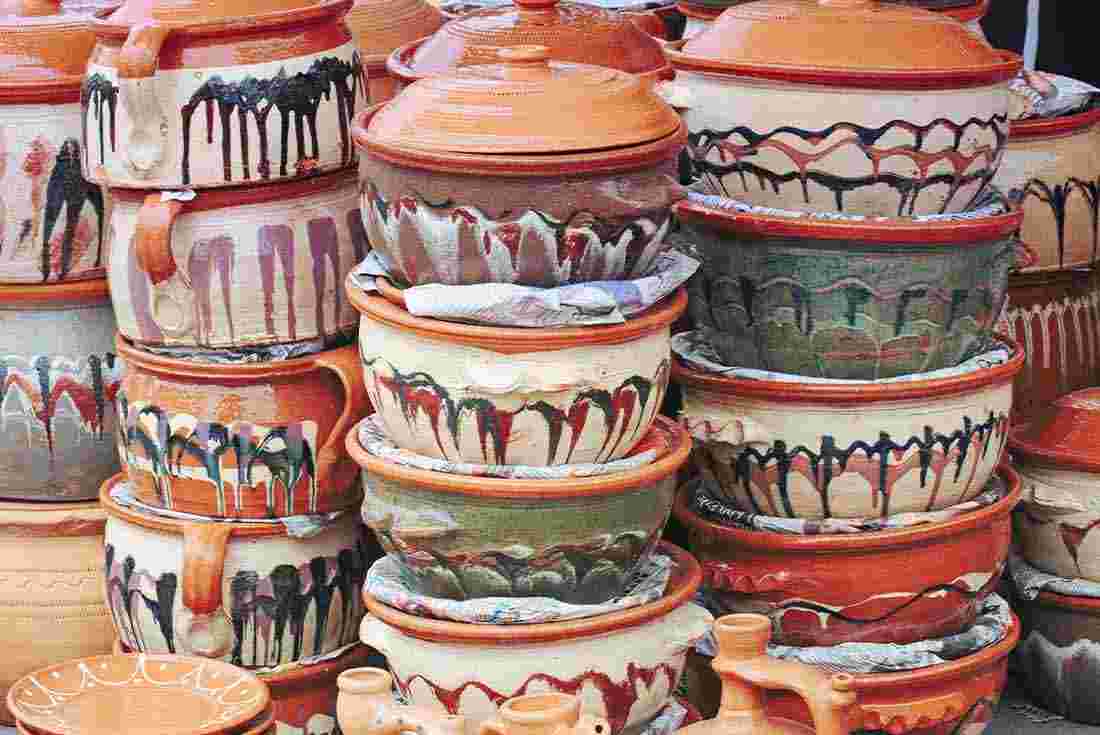 Shopping malls and stores selling international designers are increasingly popping up in Serbia’s larger cities, but local markets (pijaca) – where most Serbs still prefer to buy their fruit and vegetables – remain the best place to get a proper feel of the local culture. Most markets feature both flea market sections and fresh produce sections, so you can shop local culinary specialities – like ajvar (a capsicum-based relish) and homemade rakija – as well as antiques and other memorabilia.

Knez Mihailova is a lively pedestrian mall in the heart of Belgrade. Vendors selling artisan crafts and traditional items like opanci (traditional shoes with the toe curled back), Serbian embroidery and ceramics, can be found at the top end of the street. Department stores, boutiques and coffee shops are also located here.

Serbia is a cash country. Though payment by debit and credit card is becoming increasingly common, most places still only accept cash. Shops in larger cities tend to open from 9 am to 7 pm, Monday to Friday. In smaller cities, they tend to close at 5 pm instead. Most shops do not open on Sunday.

Festivals and events in Serbia

Festivals and events in Serbia 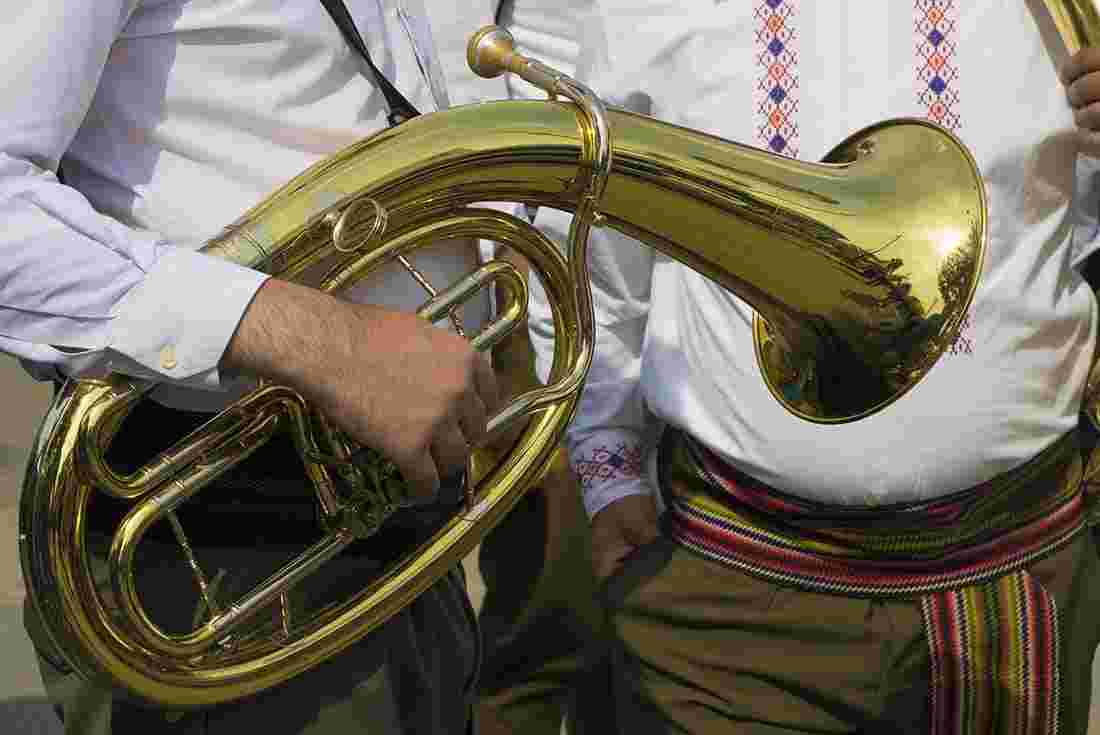 This popular festival originated as a student-led resistance to the Milosevic regime. It has grown into a multi-day, multi-genre festival that draws some of the biggest names in music to the stunning Petrovaradin Fortress in Novi Sad each July.

Think a festival dedicated to trumpets sounds like a dull school recital? Think again. This rowdy celebration of Balkan brass music, which takes place every August, is Serbia’s wildest party.

Though popular throughout the Balkans, the city of Nis claims to be the inventor of this flaky cheese pie. Every September, the city commemorates Nis’ culinary contribution by feasting on variations of savoury burek.

Do I need a visa to visit Serbia?

Is tipping customary in Serbia?

Tipping isn’t customary in Serbia, but feel free to leave restaurants, drivers or service workers a small tip if the service has been particularly good. It’s always appreciated.

The Internet can be accessed in internet cafes in Belgrade, as well as at some larger hotels, but is limited in rural and remote areas.

Can I use my mobile phone while in Serbia?

Can I drink the tap water in Serbia?

Tap water is considered safe to drink in Serbia, however, some may get an upset stomach from the different mineral content.

Credit cards are accepted by most large hotels and retailers, but are less commonly accepted at markets and smaller cafes and hotels. It’s a good idea to carry enough cash for smaller purchases in case credit cards are not an option.

ATMs are widely available in larger cities but are less common in small villages and rural areas. Make sure you have enough cash before leaving urban areas.

Do I need to purchase travel insurance before travelling in Serbia?

What public holidays are celebrated in Serbia?

For a current list of public holidays in Serbia go to: https://www.worldtravelguide.net/guides/europe/Serbia/public-holidays/

Is Serbia a safe destination for LGBTQI-travellers?

Discretion is strongly advised for LGBTQI-travellers. Serbia is a country where same-sex marriage is not legally recognised and random acts of violence continue to occur against those thought to be gay. Belgrade’s Pride Parade has been marred by riots and has been cancelled several times because of the threat of violence. 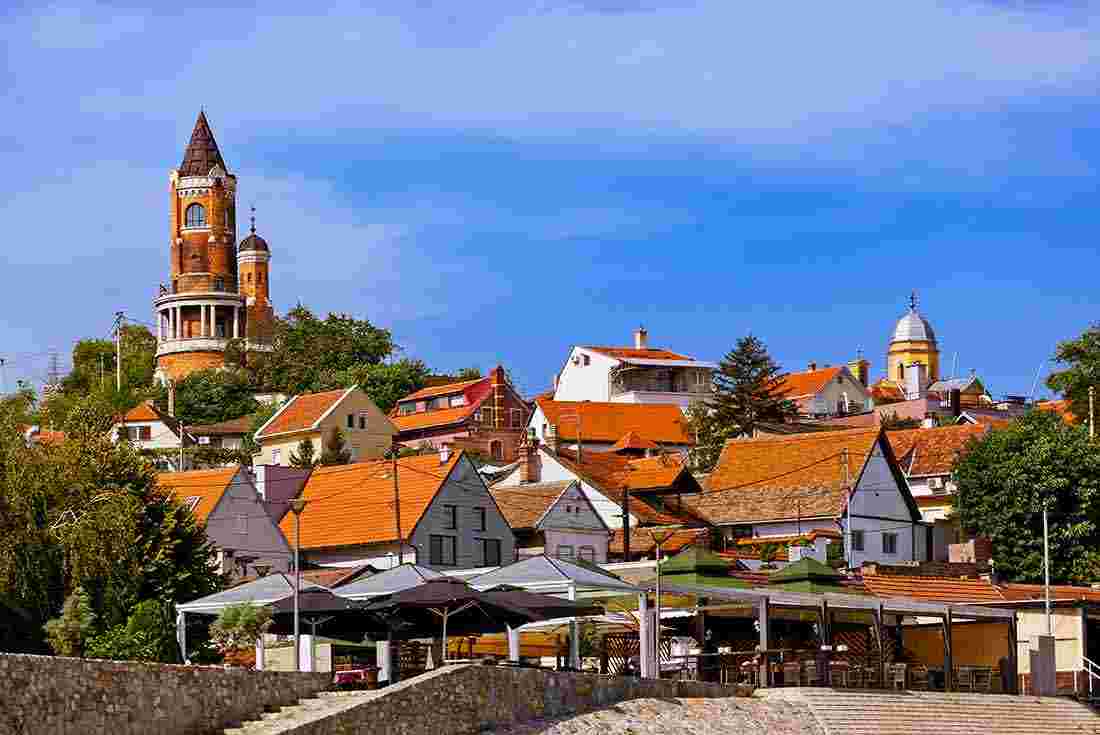 In Sebia, we stay in locally run accommodation including guesthouses, smaller-scale hotels and homestays in an effort to support the local economies. We also visit locally-run restaurants and markets where travellers will have opportunities to support local businesses and purchase handicrafts created by local artisans.