The best-kept secret of the Eastern Mediterranean.

Not all that long ago, Cyprus was a place you’d think twice before travelling to. But although this island country remains divided after a military coup in 1974, the beauty of the land and the hospitality of the people stand unfettered as the country edges towards unification. The south is well-established in tourism, but the Turkish-controlled northern part combines adventure, local interaction, history and cultural immersion with an understated flair rarely found elsewhere in the Mediterranean. Join us, on our way to stunning mountains and beaches, as we strike up a conversation with the locals over a sip of fiery zivania.

Travel to Kyrenia, Nicosia, Rizokarpaso and Famagusta as you experience castles,...

Travel through Turkey and Northern Cyprus, beginning in eclectic Istanbul and visiting... 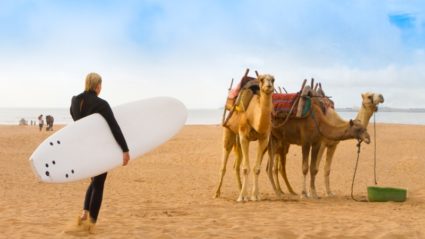 7 new destinations to explore with Intrepid in...

At Intrepid, we love exploring little-known corners of the globe. And in 2018, we... 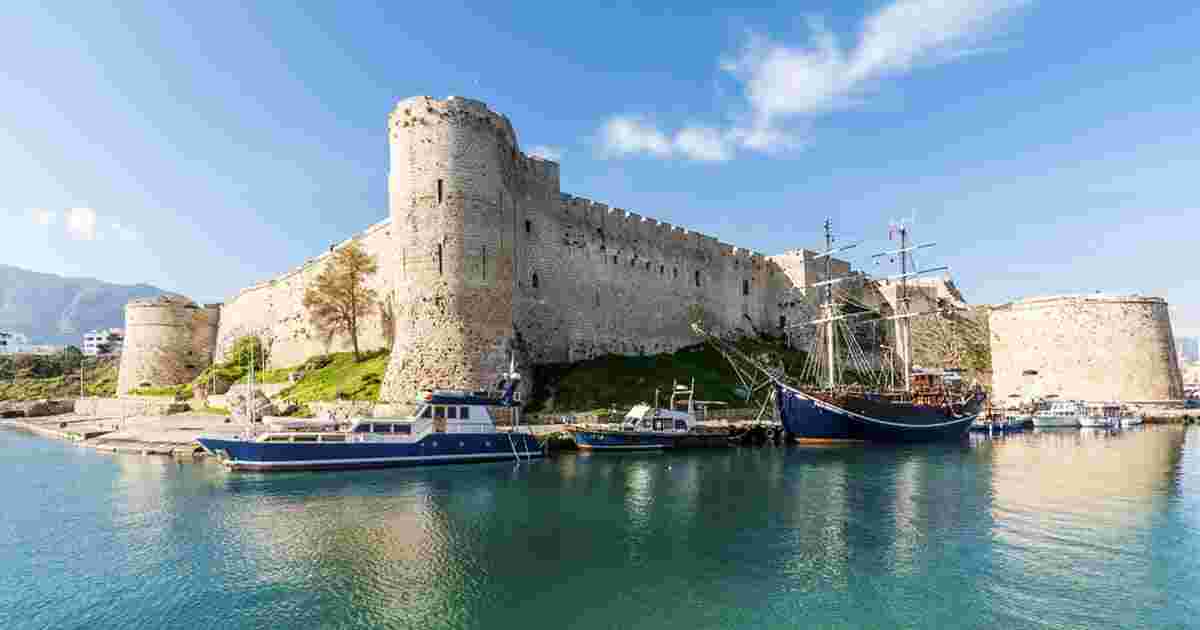 Wander the ramparts of Kyrenia Castle, perched on the horse shoe harbour’s northern cliff, and stroll the waterfront which is lined with the remnants of carob warehouses converted into cafes. 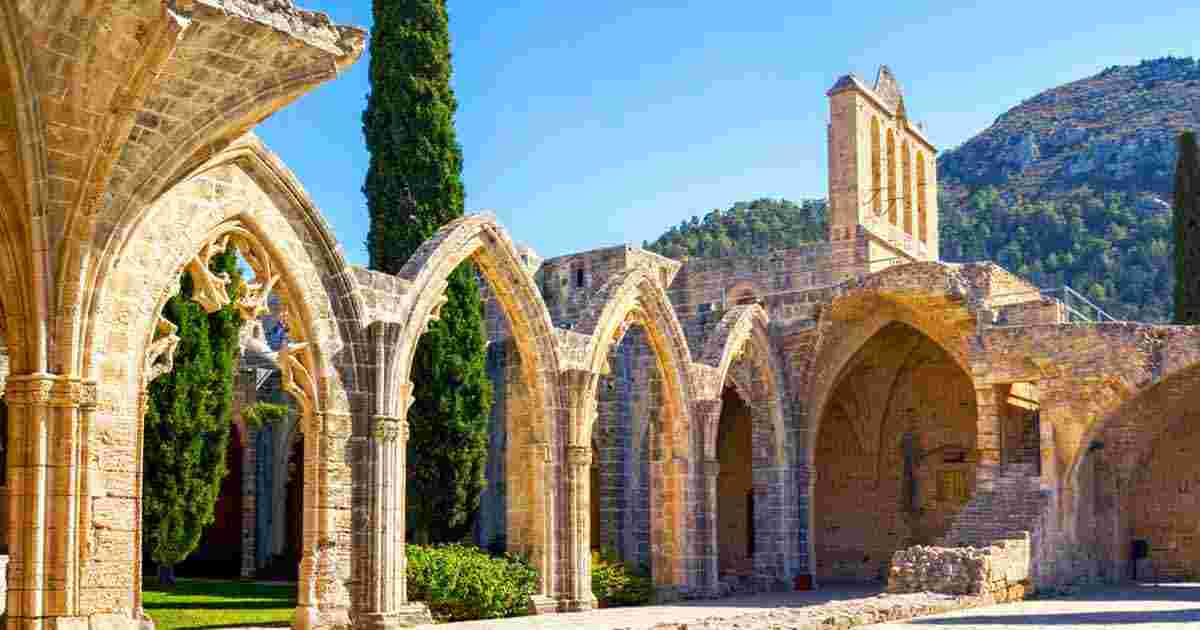 For a taste of medieval monastery life, visit the 13th century ‘Abbey of Beautiful Peace’, followed by a taste of fresh Turkish manti (lamb-stuffed dumplings) in the small hamlet of Bellapais. 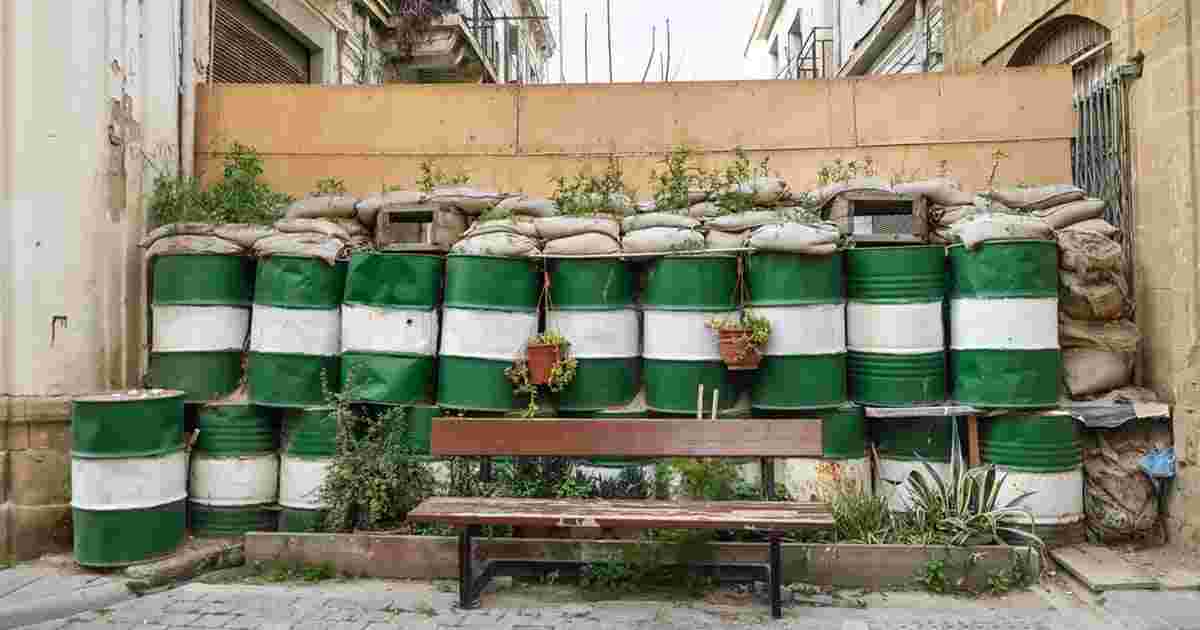 Officially called the UN Buffer Zone, the Green Line is what separates Lefkosa from Nicosia. Exploring it on foot is a fascinating experience of Europe’s last divided capital city. 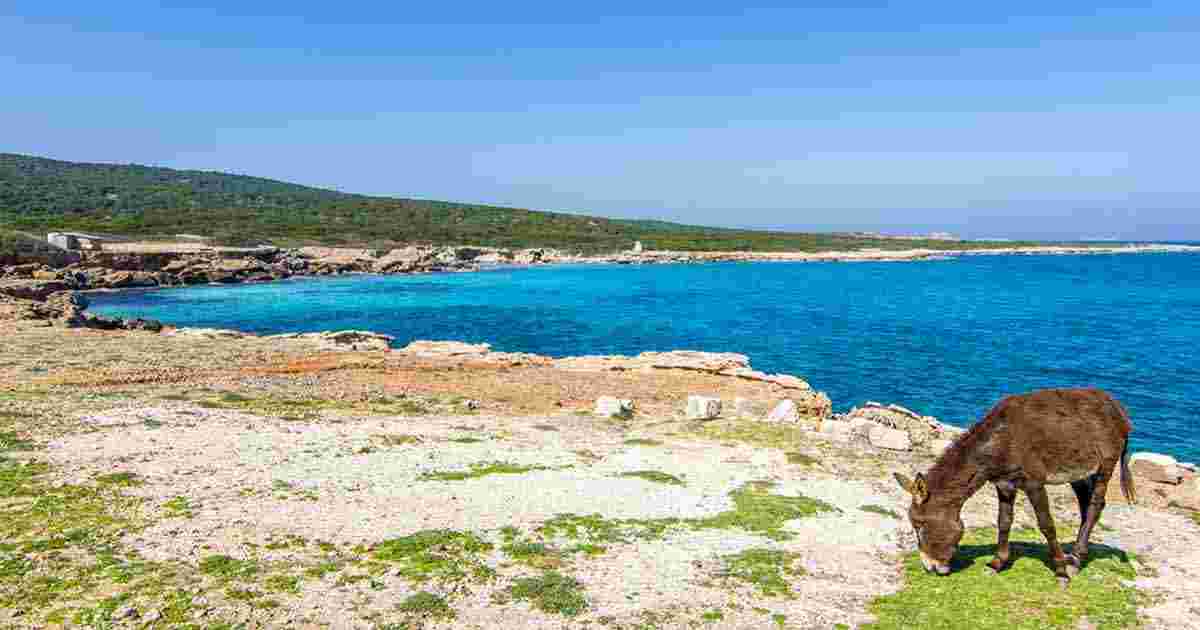 Getting amongst the wild donkeys of the Karpaz is almost obligatory, but spending time with local female entrepreneurs who are putting their village on the map is a standout excursion in this sparse and beachy heaven. 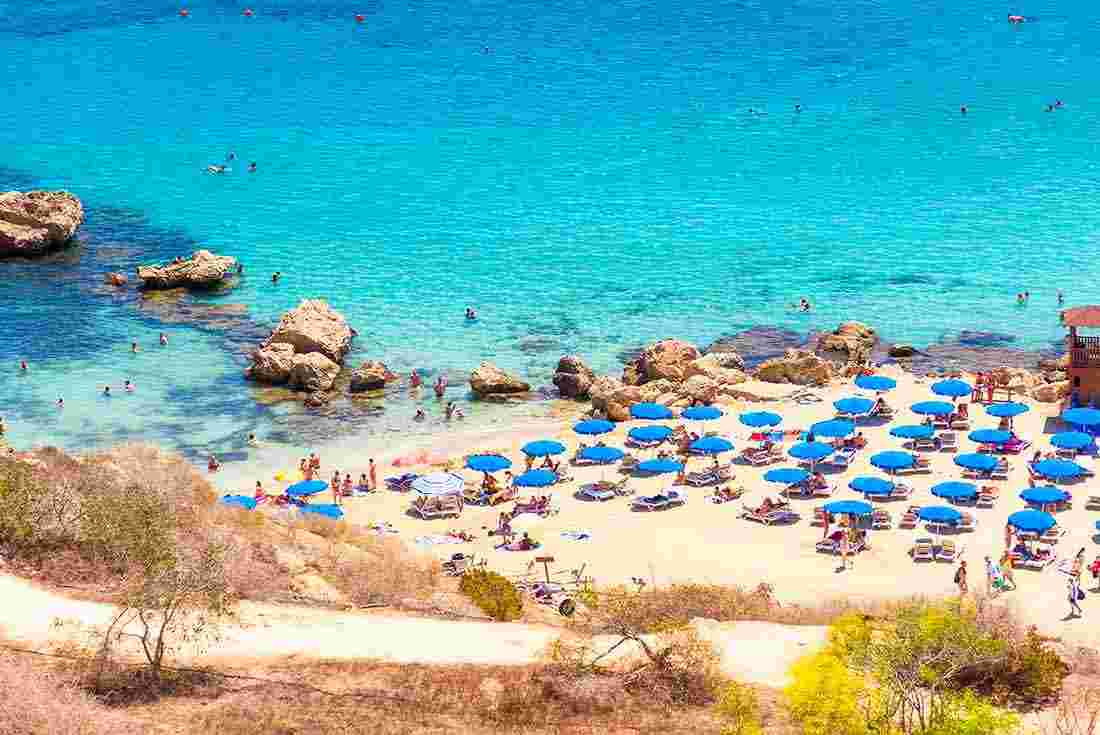 Spend a night within the medieval walls of a veritable an open-air museum, the well-preserved old town of Famagusta.

Before the 1974 military coup and subsequent split of the island, the two groups were largely mixed. Their cultures were more intertwined. Nowadays, however, with the island formally divided, there is more of a cultural divide. There are still many signs of cultural harmony, though. One need only look at the Home for Cooperation, a community centre and NGO hub located in the Green Line (the UN Buffer Zone between north and south) to see signs of hope for unification. Indeed the reopening of border points in 2003, allowing domestic travel between north and south, was a step forward.

While southern Cyprus has seen rapid tourism growth and environmental degradation, tourism in the north is growing at a much slower rate. The Republic of Northern Cyprus (formally recognised only by Turkey) is characterised by a Turkish–Cypriot dialect, a warm hospitality and friendliness, and Islam (though its practice is not as overt as in many other Muslim countries). The culture of northern Cyprus is strongly influenced by Turkey, but Turkish Cypriots consider themselves Cypriot first and foremost. 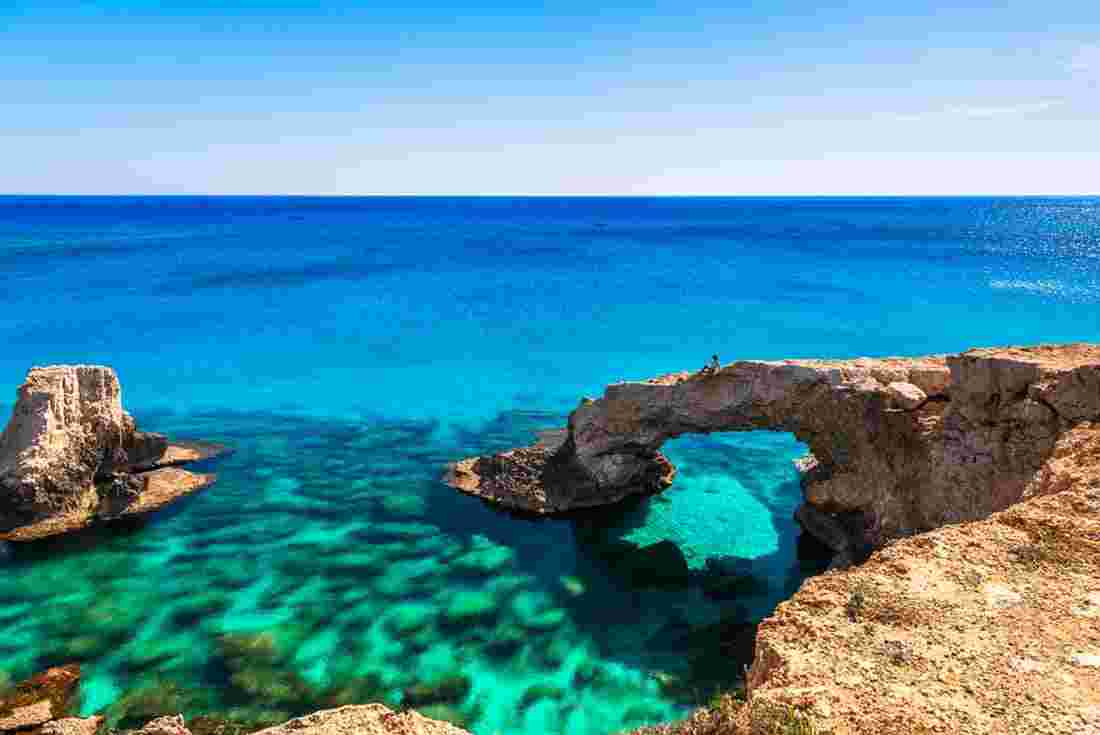 Located in the Eastern Mediterranean, Cyprus is an island that lies west off the coast of Lebanon and Syria, north of Israel and Egypt, and south of Turkey. At 9,250 square kilometres in size, it’s relatively small. Cyprus is essentially split in two: the northern part of the country (roughly one third of the land mass) is controlled by Turkey, and has been ever since the coup of 1974. The lower two thirds of the country is occupied by Greek Cypriots.

Northern Cyprus boasts a diverse and scenic land mass of beaches, mountains and sweeping plains. The Kyrenia Range is a major geographic feature of the north, and its highest peak is Mt Selvili (1,023 m). East of this mountain range there is a peninsula called Karpas, where the quiet town of Rizokarpaso and various beaches are found. The holiday towns of Kyrenia and Famagusta lie in the north and east of the main land mass respectively. 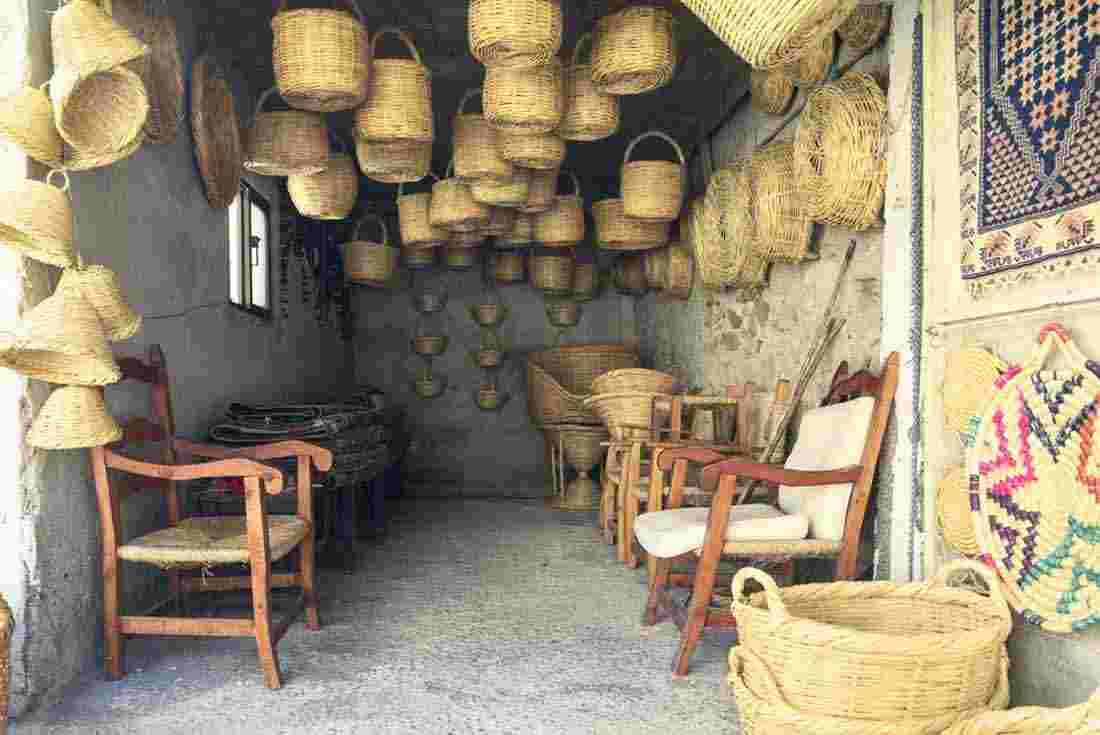 Cyprus is a fantastic place to shop for locally produced items, from handcrafted textiles to fresh fruit and vegetables. Perhaps the most tempting souvenir in Cyprus is a kilim – an Ottoman style rug woven by hand. There’s also some wonderful Turkish pottery, silk, scarves and tiles to be found.

Lefkara embroidery is a uniquely Cypriot item, originating in the village of the same name in the south; northern versions of Lefkara embroidery have a slightly different aesthetic. North Nicosia is a great place to shop for handmade lace like this, as well as baskets which are handmade in island’s more remote villages. Often rugs and baskets are not cheap, and it pays to shop around a little before you buy.

Thanks to the strength of Cypriot farming communities, market-fresh local produce is never too far away in Cyprus. Start with Nicosia’s markets – both the ‘open’ and ‘closed’ markets are worth a good stroll around, and great for local interaction. 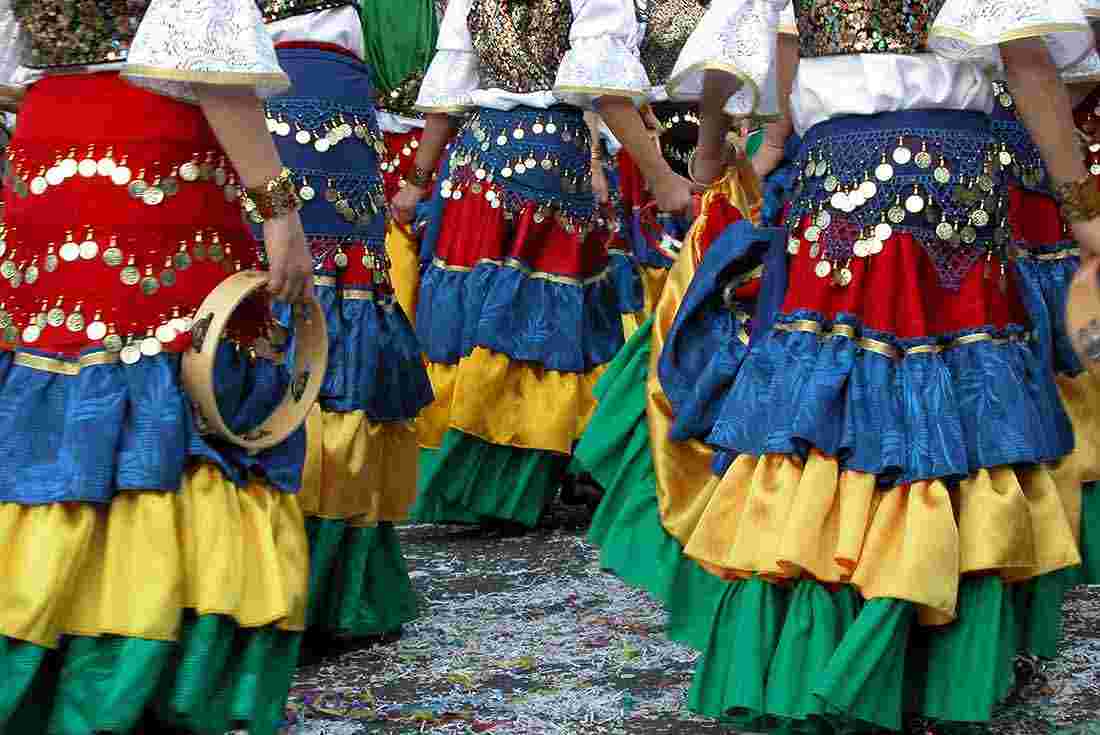 The Cypriots are a festive bunch, and it shows in their jam-packed calendar. The Limassol Carnival is a major event in the south – it’s one of the best-known carnivals of Europe. In the north of Cyprus food is a major theme of the festival calendar, with an event to celebrate just about any Cypriot food imaginable: the orange, grape, lemon, date, tulip and walnut just to name a few. Famagusta, meanwhile, has a reputation for regular music festivals.

It started in 2001 and before too long grew to attract visiting artists from many neighbouring countries. Olives are certainly not the only focus; dance performances, market stalls and seminars have all been known to feature in this multi-day affair.

Spanning hip hop, reggae, pop and classical, this 20+ year-old event has steadily grown into one of the most significant music festivals of the Mediterranean. With a strong world music bent, it’s a great place to experience just how much more there is to the region than sun, surf and sand.

For many years the village of Buyokkonuk has been a bastion of sustainable tourism and all things local, and this late-summer festival is a place to taste Cypriot food done the slow, proper way. While cuisine is the main focus, music and market stalls feature among the festivities. 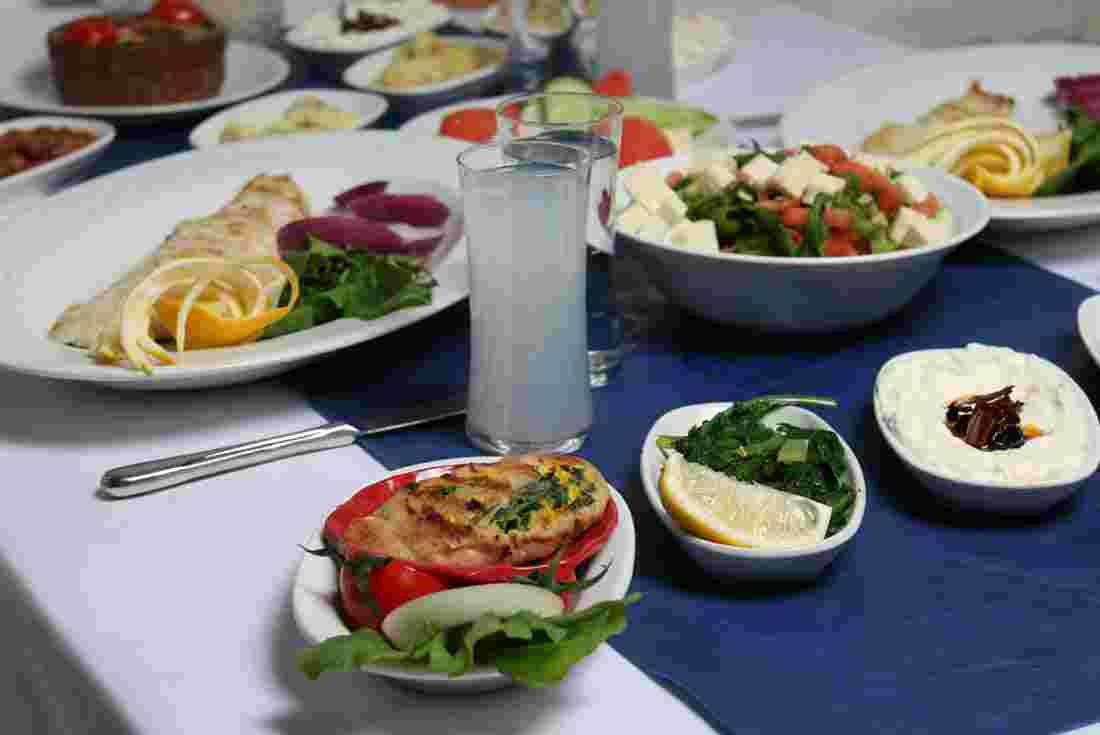 The cuisine of Turkish Cypriots comes from Mediterranean, Southern European and Middle Eastern influences. The beauty of eating in Northern Cyprus is that ingredients tend to be local, as food production is more agrarian in the north than in the south.

Must-try food and drink in Cyprus

Meze is a major pillar of Cypriot food culture, in the same way tapas is to the Spaniards. It’s the share-plate style of eating, the perfect accompaniment to a few drinks with friends. Meze dishes might include hummus, beetroot, yoghurt, grilled halloumi, spicy pastourma (cured sausage), koupepia or dolma (stuffed vine leaves) … the list goes on.

Is it Greek, or is it Turkish? No matter where you stand on the debate on its origins, this rich brined cheese is one of the must-eat foods in Cyprus. If it’s grilled (it usually is) it’s best consumed within minutes of it being served, preferably with copious lemon juice.

A spinach-like dish often seen in Northern Cyprus, Molihiya is perhaps of Arabic origin. It uses sun-dried Molihiya leaves which have distinct and potent flavour. Garlic, lemon, tomato and chilli are incorporated, and often chicken is too.

Another beloved Turkish-Cypriot dish, these zesty and spicy parcels are squash blossoms (or zucchini flowers) stuffed with a mixture of rice, onions, tomatoes and herbs.

To call it the local ‘firewater’ may be a little harsh – the Cypriot drink of choice certainly has a character of its own, though colourless and sugarless. It’s distilled from grapes but has a subtle raisin aroma, and is as refreshing in the summer (served cold) as it is heart-warming in the winter.

Ayran is a savoury yogurt-based beverage that is mixed with salt and served cold. Though filling, it’s quite refreshing and a great option for those who don’t drink alcohol. To get the full authentic dose, go for one with some dried mint in it.

Pronounced Sheftalia Kebab is a traditional Cypriot food. It is a type of sausage without skin, that uses caul fat, or omentum, the membrane that surrounds the stomach of lamb, to wrap the ingredients rather than sausage casing, thus ensuring a very juicy kebab

Do I need a visa to travel to Cyprus?

Residents of most western countries can enter Cyprus visa-free provided they are visiting for less than 90 days. Note that visas are the responsibility of the individual traveller, and entry requirements can change at any time, so it's important that you check for the latest information. Please visit the relevant consular website of the country or countries you’re visiting for detailed and up-to-date visa information specific to your nationality. Check the Essential Trip Information section of the itinerary for more information.

Is tipping customary in Cyprus?

Tipping is not expected in most situations in Cyprus, but it’s often appreciated. In restaurants, however, tipping is quite common. Servers will often add a 10% service charge to a bill; if they don’t, a similar amount is often expected as a tip.

Reliable internet access is increasingly common in Cyprus, especially in the major towns. Internet cafes tend to be more prevalent in the north. Wi-Fi is free in many hotels and cafes in both the north and south. Internet access will be more scarce in remote and rural areas.

Can I use my mobile/cell phone while in Cyprus?

International roaming is possible in Cyprus in the South.  For European travellers, as of 2017 this will no longer incur a fee. Travelling in the Turkish Republic of Northern Cyprus roaming may not be available and if so it may be expensive, better to check with your provider before travelling. If you’re staying for longer than a few days, inexpensive SIM cards with data are easy to purchase.

Toilets in Cyprus block easily when paper goes into them, hence the separate wastebaskets you’ll see for paper disposal. This is the norm throughout Cyprus.

The below prices refer to Southern Cyprus, for cost in the North where Turkish currency is used you can deduct 30%.

Can I drink the water in Cyprus?

The tap water in the south of Cyprus is fine to drink, but in the north it’s best to stick to filtered (or, when it’s the only option, bottled) water. The high mineral content can upset your stomach if you’re not used to it.

Most major credit cards are widely accepted in Cyprus. Dinners and Amex may not be accepted.

ATMs are widely available in Cyprus. However, it’s best to carry ample cash with you if you’re travelling to more remote areas in the north.

Do I need to purchase travel insurance before travelling to Cyprus?

What public holidays are celebrated in Cyprus?

Is Cyprus a safe destination for LGBTQI-travellers?

Homosexuality is legal in Cyprus, and the country is quite a popular destination among gay travellers. In the north, however, homosexuality was only decriminalised as recently as 2010. LGBTQI travellers should exercise caution when travelling, and be aware that conservative attitudes may still prevail in many areas. 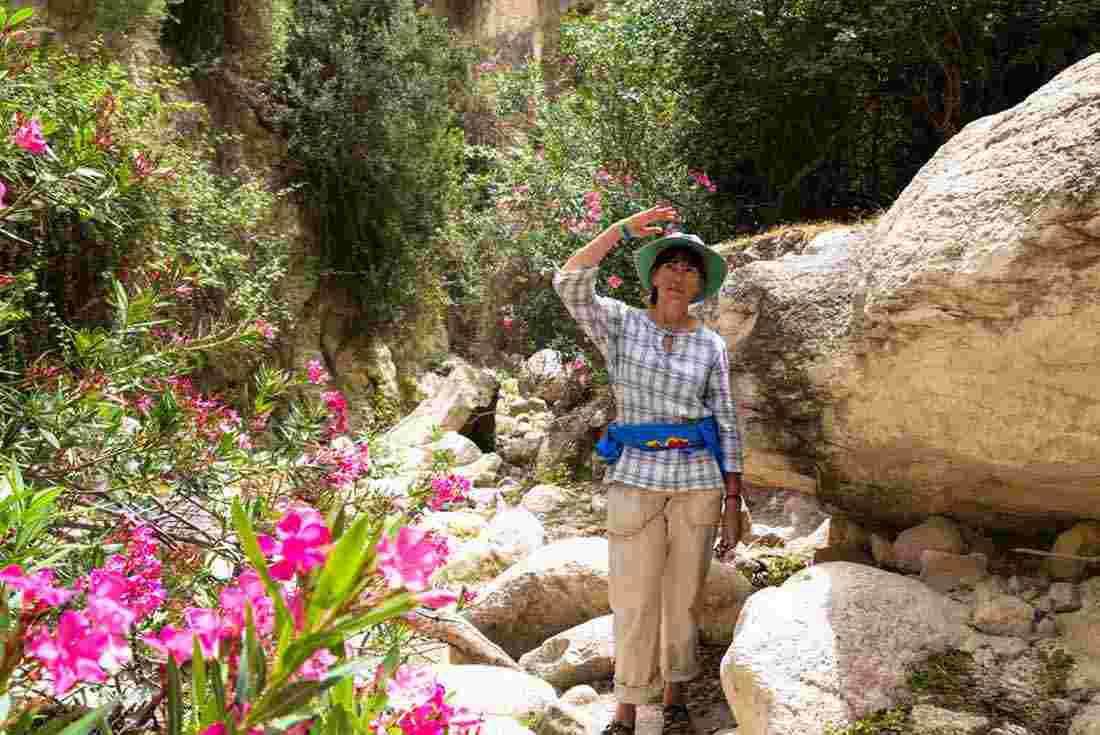 In Cyprus, we stay in locally run accommodation including guesthouses, smaller-scale hotels and homestays in an effort to support the local economies. We also visit locally-run restaurants and markets where travellers will have opportunities to support local businesses and purchase handicrafts created by local artisans.