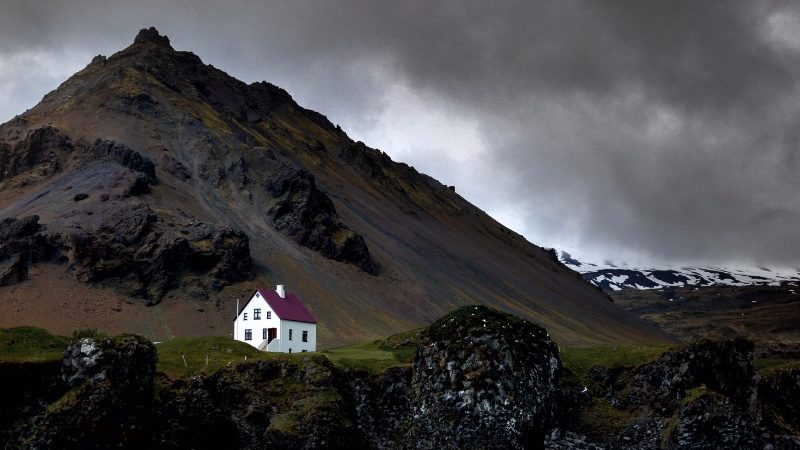 The capstone of Iceland’s dramatic landscapes, the Westfjords are splayed across the north-western corner of the country like the fingers of a giant, clawing its way towards the Arctic Circle.

Remote villages doggedly cling to their traditional ways of life in the sub-arctic landscape, constantly locked in battle with the elements and stranded in isolation during the long hard winters. Relatively cut-off from the rest of the country, the Westfjords are only connected by a seven kilometre stretch of land at its base; the ring road bypasses the region altogether. But delve into the remote reaches of the Westfjords to discover a region rich in culture, spectacular scenery and an abundance of landscapes begging to be explored in one of the wildest places on earth. 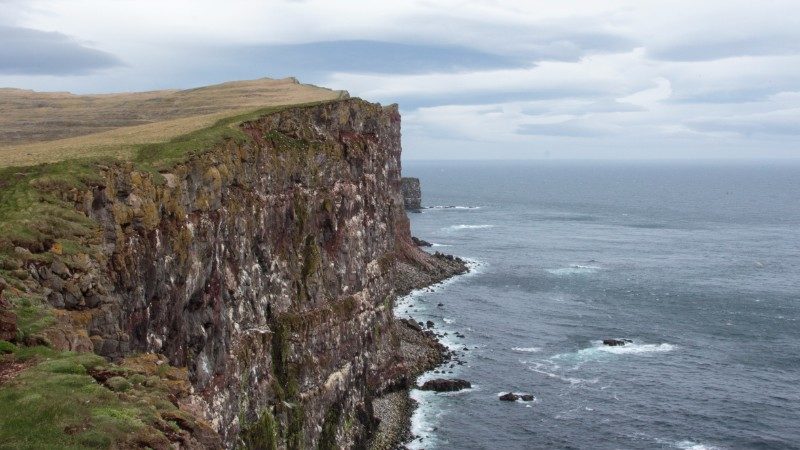 The south coast is marked by perilous roads clinging to the chaotic coast lines, weaving through the sparsely populated fjords past stunning mountains, sweeping beaches of black and gold, and over towering jagged cliffs that reach a spectacular climax at Látrabjarg, Iceland’s westernmost point. A 12 kilometre stretch of cliffs that plunge hundreds of metres down into the rough ocean, the craggy escarpment is home to thousands of nesting sea-birds during the summer months. Widely considered the best bird-watching cliffs in the whole of Europe, from the end of April until mid-August you’ll be able to see all species of Icelandic cliff-nesting birds, but the big avian attention-grabber here is, of course, the North Atlantic Puffin. Unrestricted access means that you’ll be able to belly-crawl right up to the precipice of the cliff, just below which you’ll find puffins sitting on rocks, picking tufts of grass for their nests and expertly navigating the freezing blasts of winds coming off the ocean. 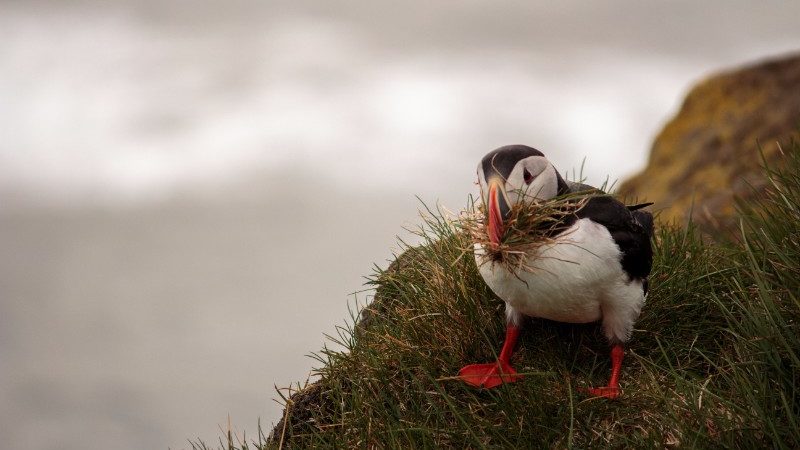 Also in the area is Rauðasandur (Red Sand Beach), a beach on the southern side of the mountain fringe with gentle dunes that change hue depending on the weather. Dotting the valley are a few farms and a small church, all back-dropped by waterfalls trickling down the steep mountain sides. At one end of the valley – and, seemingly, at the edge of the world – is Kirkjuhvammur Café, offering a nice view over the beach and serving up great coffee and waffles. 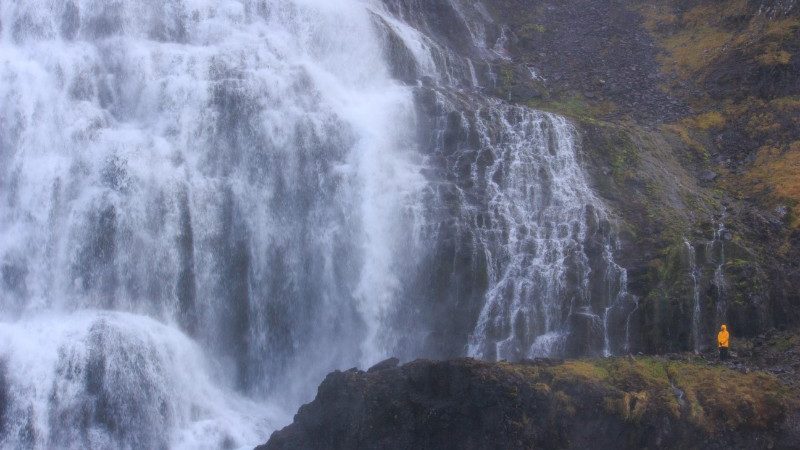 Continue northwards to the more mountainous central fjords, where silent stone giants sweep upwards from the depths of the ocean, the table-topped mountains often inundated with wild winds and snow even in the summer. Remote villages sit in the shadow of these mountains, linked by bumpy roads that wind up and over the towering peninsulas. Crashing audibly down one of these mountains before flooding down towards the ocean is the crown jewel of the Westfjords, and one of the most magnificent waterfalls in the whole of Iceland; Dynjandi. Walking up the trail from the nearby carpark leads you past several smaller waterfalls, but make your way up to the top where you can feel insignificant at the bottom of the largest and most thunderous of the falls, Fjallfoss, draped over seven tiers of cliffs.

BEST OF ICELAND: 6 EXPERIENCES EVERY TRAVELLER SHOULD HAVE IN ICELAND 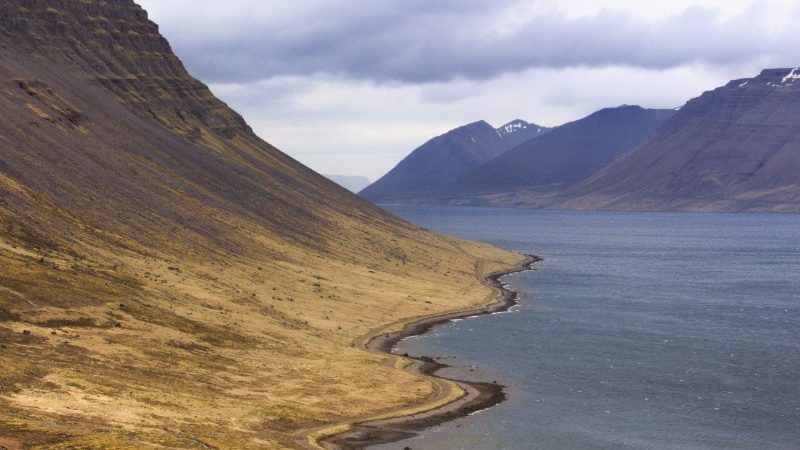 Looking back down towards the ocean from Dynjandi affords you a spectacular view over one half of Arnarfjörður, one of the bigger fjords in the region. To the north, the road tracks over the Westfjord Alps, exceptions to the standard table-topped mountains that populate all of the other peninsulas. Hidden within the razor sharp ridges is a veritable trove of deserted hiking trails that provide astounding panoramic views over the fjord and even back towards the Snæfellsnes Peninsula on a clear day. The highest peak is Kaldbakur; at 998 metres, it’s the tallest mountain in all of the Westfjords.

On the southern side of the fjord, in the shadow of the surrounding towering peaks, lies Bíldudalur, a sleepy fishing town that was founded in the 16th century. The biggest attraction here is the Bíldudalur Sea Monster Museum, an interactive display of stories, exhibitions and pictures detailing the folklore surrounding Icelandic sea monsters, most of whom lurk in the deep waters of Arnarfjörður. There have been 90 sightings of sea monsters in this fjord alone, and you’ll look at the sparkling water differently after you’ve finished touring the museum.

5 OF OUR FAVOURITE SMALL TOWNS IN ICELAND After a few days travelling through the Westfjords, it’s good to spend a bit of time in the one bastion of civilisation that is Isafjörður. The town has been one of Iceland’s most prominent trading hubs since the end of the 18th century, mostly thanks to its deep harbour making it ideal for fishing ships to dock and offload their catch. The town has prospered throughout its history, and now it somehow perfectly contrasts its relative isolation with a hip, cosmopolitan feel. Situated on a spit of gravel that juts out into the middle of the fjord, the town’s population of roughly 3000 enjoy a fine selection of good restaurants, cafes and bars. Surrounded by sheer mountains that dive down into the inky dark water of the fjord, during the winters it was often impossible to travel here without a boat. Nowadays there is access from the south via a one-way tunnel that was carved through the mountains, providing access for the smaller fishing villages in the central Westfjords.

An easy – and highly recommended – excursion to undertake from Isafjörður is to head south east along the coast towards the small town of Súðavík, where you’ll find the Arctic Fox Centre. The not-for-profit centre focuses on education about the elusive arctic fox through exhibitions and film screenings, and the centre also doubles as a research centre. They even have two of their own arctic foxes living out back that you can visit. 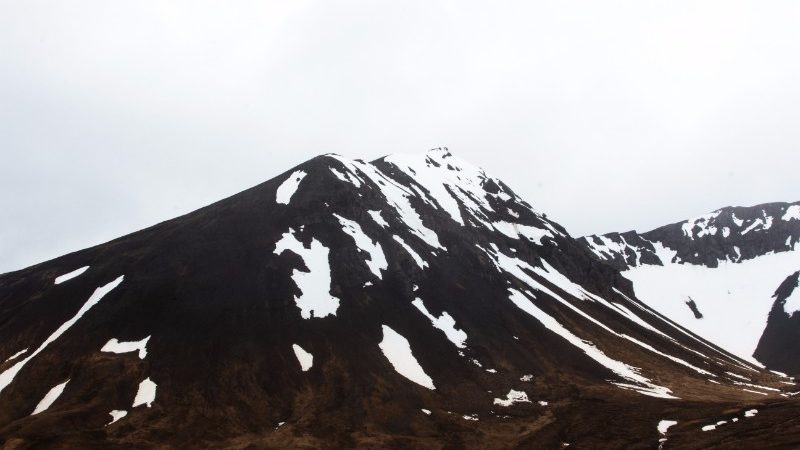 At the northern end of the Westfjords lies the Hornstrandir peninsula, shrouded in mystery and emphasising what already makes the entire region extraordinary; extreme sea cliffs, cascading waterfalls, and imposing mountains cut with deep valleys. Its enchanting and driftwood-laden shores acted as a haven for outlaws and bandits in days gone by, and the entire peninsula has been uninhabited since the 1970s. The region endures extreme winters, thanks to its proximity to the Arctic Circle, and the ice and snow lingers well into the spring. But when the sun eventually does emerge during the summer, the upland meadows bloom into life, boasting truly unique vegetation and acting as a home for the greatest population of arctic foxes in Iceland, who prey on the swarming bird life. Fantastic hiking awaits those who are brave and experienced enough to trek through the area, with trails criss-crossing over the mountains and along the coast lines. The huge protected nature reserve is one of Iceland’s national treasures, and, thanks to it being relatively untouched by humans, it exists as one of the last true wildernesses in Europe.

Are you ready to discover the dramatic landscapes of the Westfjords for yourself? Start exploring the wild west coast of Iceland with Intrepid.

Feature image by Cassie Boca via Unsplash. All other images C/O James Taylor.

James Taylor is an Australian freelance writer who frequently finds himself wandering off into the unknown. Growing up on stories of his parents travelling around Europe in a kombi van inspired him to explore the world, and he has since lived in America, Spain and France. He is currently living on the frozen rock that is Iceland.