5 reasons why Kerala deserves a place on every India itinerary 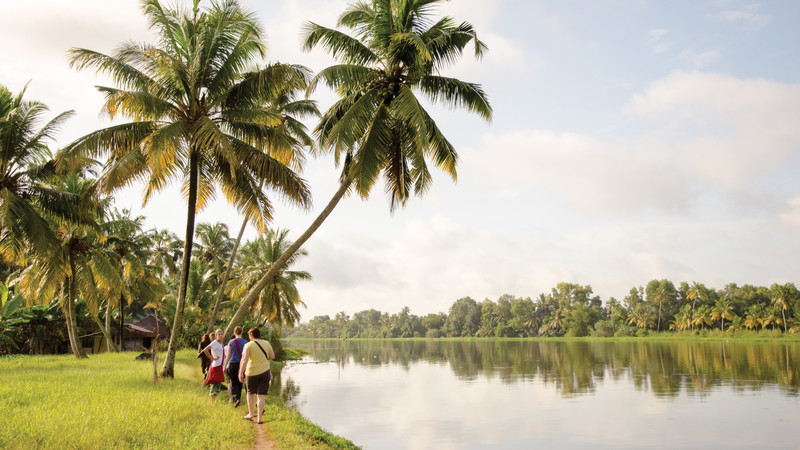 Locals call Kerala “God’s own country” for a reason. Down in India’s most southern state, tranquil backwaters give way to vibrant rainforests and tropical jungles, bursting with spice plantations and wildlife.

It’s a magical little paradise away from everything the usual set of guidebooks often associate with India and the north of the country.

Like many people travelling to India with a full-time job, I really had to pick and choose where I went to get the most out of a fairly short trip. Kerala was on my travel itinerary from the start, and here’s five reasons why it should be on yours too.

It’s completely unique to the rest of India

Tourist epicenters like Delhi and Jaipur often feel crowded and hectic, yet incredible in their own way. But they aren’t all that India has to offer. Taking a flight from India’s capital down to the state of Kerala only takes a few hours, but it truly feels like a night and day transition. Relaxation practically oozes out of the warm, tropical air, where the pace of life is slower and calmer. 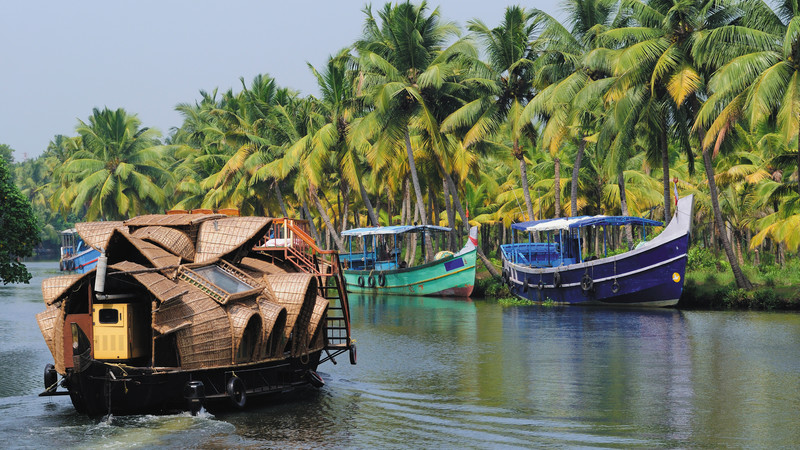 Landing at Cochin airport, you won’t find hustling auto rickshaws and rushing people. Just palm trees as far as the eye can see.

Kochi is diverse in every sense, even down to the various religions practiced in India’s most southern state. In Fort Kochi (a must on your travel itinerary) you can see a Hindu Temple, a Church and a Synagogue all practically on the same street, all the while hearing a Muslim call to prayer from a nearby Mosque. You can also find traditional Chinese fishing nets and 16th-century Portuguese houses from the colonial era, all adding to the cultural melting pot that is Kochi today.

Three must-visit places in Kerala, according to one of Intrepid’s amazing local leaders in India, Sana Jinah:

I recommend Kochi, Munnar and Varkala. Kochi for the history. Munnar for the peaceful vibes, mountains and tea plantations. And Varkala for amazing views of the sea from the cliff – it’s the only beach in India which is next to a cliff!

Let’s face it, ethical tourism is a huge concern wherever you are in the world – and wherever you are, the only way to see truly animals with a truly clear conscience is in their natural habitat. You can find that here. Within Kerala’s emerald green mountain ranges is the spectacular Periyar National Park, nearly 1,000 square kilometers of jungle, trekking paths and lakes that is bursting with wildlife. 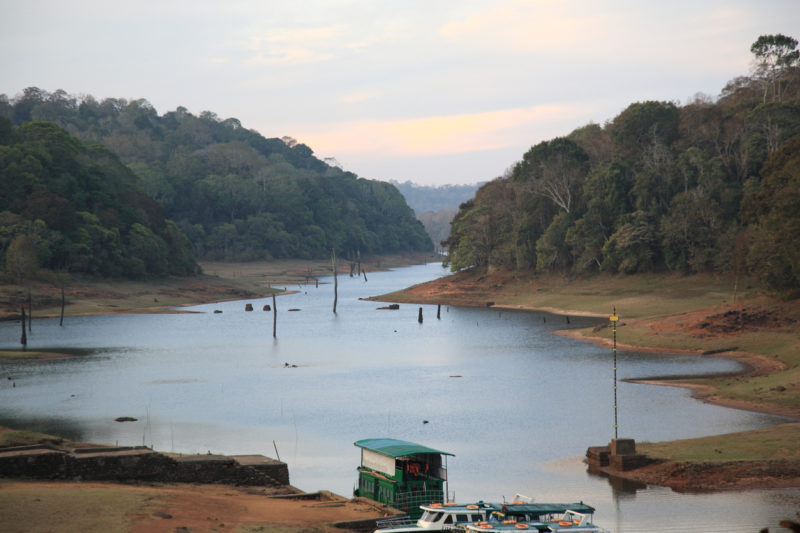 “Lock your balcony to keep out naughty monkeys”, read a sign in my hotel room in the nearby town of Kumily. I thought this was just a joke until I heard the excitable chattering of a troop of monkeys on the roof, making their ways to the trees using my balcony as a shortcut. You’ll find the common Indian monkey everywhere in the small towns surrounding Periyar, but the park itself is home to many more species – including the illusive black monkey, recognizable from its golden brown or gingery mane.

Monkey business aside, Periyar is best known as a tiger reserve and one of the few places you can see Bengal tigers outside of captivity. Visit during the month of April to maximize the chance of seeing one.  Don’t worry about tiger attacks though – secure campsites are built into a deep tiger-proof trench.

I turned up at Periyar National Park woefully out of season in the depths of the monsoon and still managed to see black monkeys, water buffalo and the briefest glimpse of a figure running ahead of us – which my guide later said was a jaguar. Plan ahead and if you’re lucky you’ll see a tiger or an elephant in the way that nature intended.

The landscape is dreamy

Wake up on one of the long wooden houseboats that glide along the tranquil Kerala backwaters and you’ll think you’ve arrived in paradise. Much of Kerala’s appeal is its dramatic diversity, the way in which the low-lying tropical beaches and lakes meet the towering hills and tea plantations of the Western Ghats.

An Intrepid group trekking in the Kerala backwaters

The main reason many travellers come to Kerala is, of course, to experience the famous backwaters. Essentially the backwaters are a complex chain of lakes and lagoons leading inland from the Malabar Coast. After a long few months travelling or a stressful period at work, I can’t think of anywhere else in the world I’d rather be.

Once used for transporting rice and spices around the state, the long wooden houseboats are now mostly for tourists – some even have onboard Jacuzzis and personal chefs. You can spend a few days traversing the maze of backwaters, or just a day as I did. Either way it will be an unforgettable experience.

Travel away from the coast for a few hours and you could be in a totally different country, given the steep change in scenery. I stayed in the aptly named Cardamom Hills, where the sweet and dreamlike scent of its namesake permeates the air. The idyllic growing conditions mean you’re likely to spot (or more likely smell) coffee, pepper or tea plantations on your ascent up the hills.

You’ll have the best meal of your life, three times a day 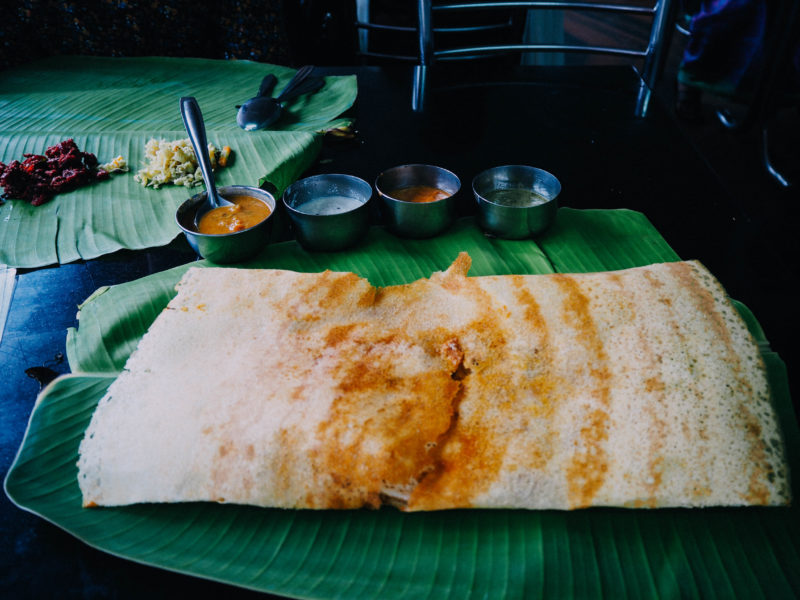 I won’t hesitate to say that the best food I’ve ever eaten was in Kerala. Picture delicate spices, intricate mild flavour with short, sour spikes of heat, rather than the intense spice and notorious traveller stomach complaints often associated with Northern Indian cuisine.

The real star of the show is the Kerala-style dosa, a paper-thin crepe about the length of your arm that can be loaded with coconut chutney, masala potatoes and a sour lentil and tamarind broth known as Sambar. This is traditionally served for breakfast, but you can find it all day long in one of Kerala’s many restaurants and homesteads. Kerala’s close connection to the Arabian Sea means that fresh fish is never off the menu. Try it fried up and served on a banana leaf with that omnipresent coconut chutney.

It’s not just the food that makes Kerala unique. Where else in the world can you turn up at a tea factory, gaze across at the fields where the tea leaves were grown and drink the freshest cup of your life? 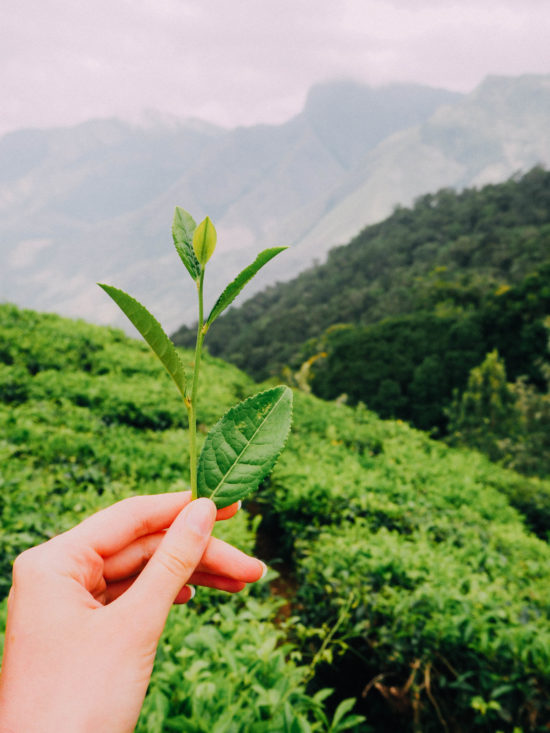 Lose yourself in a yoga retreat

Kerala is the spiritual home of Ayurveda, one of the world’s best-known forms of alternative medicine, which puts a heavy focus on yoga and meditation. Whether you’re a seasoned yogi or don’t know your dharma from your downward dog, there’s something for you.

The infectiously good vibes in India’s most Southern state mean you’ll probably be in a state of relaxation from the moment you arrive to the moment you leave, and there’s no better way to take advantage of that than yoga.

Spiritual people travel from all over the world to Kerala’s Ayurveda academies to learn about the practice, most notably to the schools in Ernakulam (just outside Kochi) and in Kollam to the south. If that’s not your bag, you can take in the lifestyle for just a few days in one of the tranquil yoga retreats tucked away in the Western Ghats.

They say the monsoon season is the best time to practise yoga. Just as the short bursts of heavy rain are nature’s way of revitalising the land, being here at this time can have a totally cleansing effect on your body.

That’s more than just a holiday.

Ready to visit this incredibly stunning part of the world? Check out Intrepid’s wide range of trips in India. 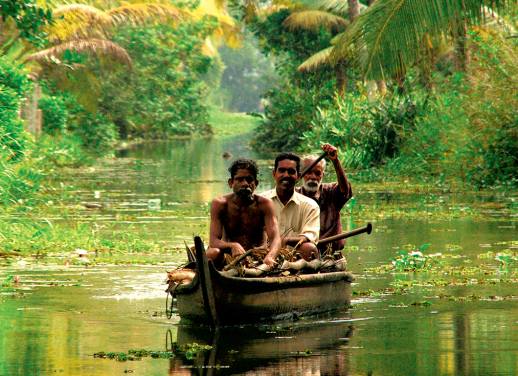 This blog will help me for my summer visit to kerala. Thanks Jack… love this blog.

From the variety of dishes to the backwaters journey, its beautifully crafted trip

This guide is indeed a helping one. I’ve got searching for! 🙂 Cheers

Beautiful pictures!! Nice post on Kerala an ideal guide. Very informative post. Thanks for sharing wonderful information with us.

Your blog is very helpful. and it is very well described about the meals of Kerala. The content is good enough.

What would you recommend is the best way of getting around from place to place? From Cochin to Mannur, Cardamom hills etc. We are two and prefer to travel on our own/private driver.

I absolutely agree with everything you say! Except I couldn’t enjoy the food as much, as it was mostly too spicy for me 😀 Kerala is wonderful, though. It was such a pleasant surprise and the best intro to India I could ever imagine. Thanks for reminding me of the incredible State! I gotta go back one day 🙂

Simply beautiful, ..india’s diversity is unimaginable before you actually visit…or ideally, live there.
You will have the feeling of falling in love, just as the same as being in love with a person… I miss India so much!

The Kerala backwaters were one of the highlights of my Intrepid trip around Southern India where our group had a homestay experience, complete with great food, wonderful accommodations and a guided tour of the area by our host. Loved the big boats, but also the narrow canoes, the slap of laundry on the rocks in the morning, the cool green of the entire area.