Italians are the masters of creating simple dishes that sing with flavour. Regional, seasonal and as fresh as possible, Italy’s cuisine is hearty, satisfying and made with heart. Inspired by the kitchens of the nonna, Italy’s food is authentic and surprising – pizza and pasta are only the tip of the iceberg when it comes to the diverse array of unforgettable food you’ll find on this adventure that travels from Venice to Rome via San Gimignano and Bologna. 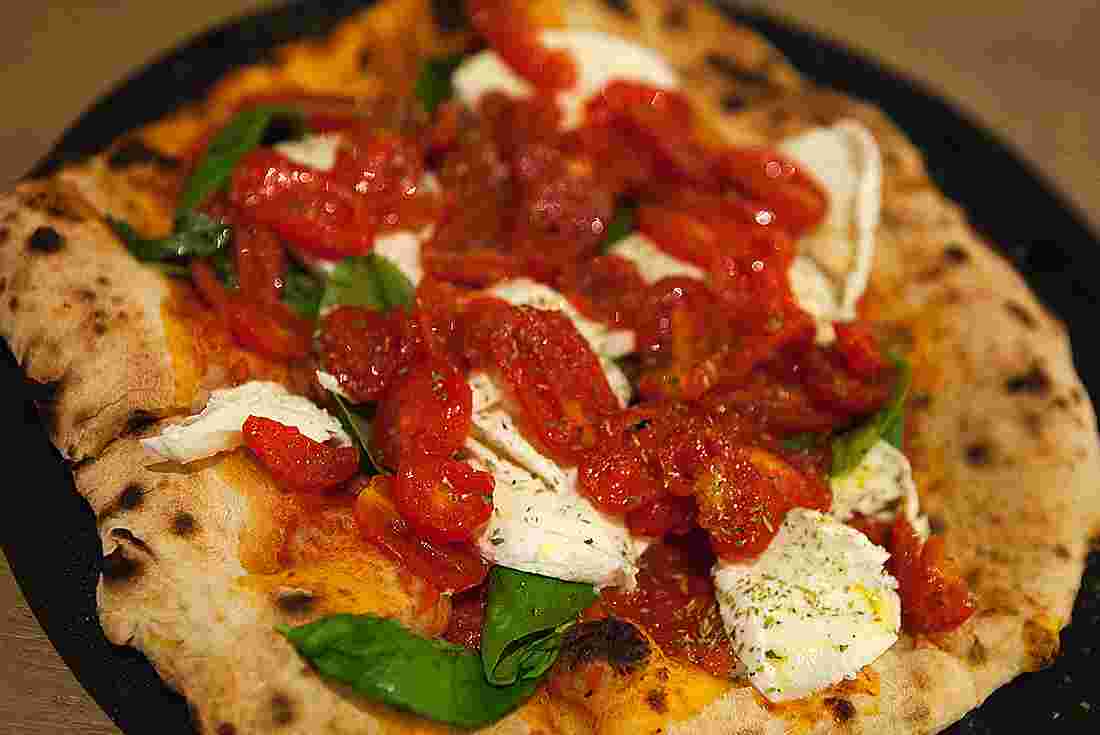 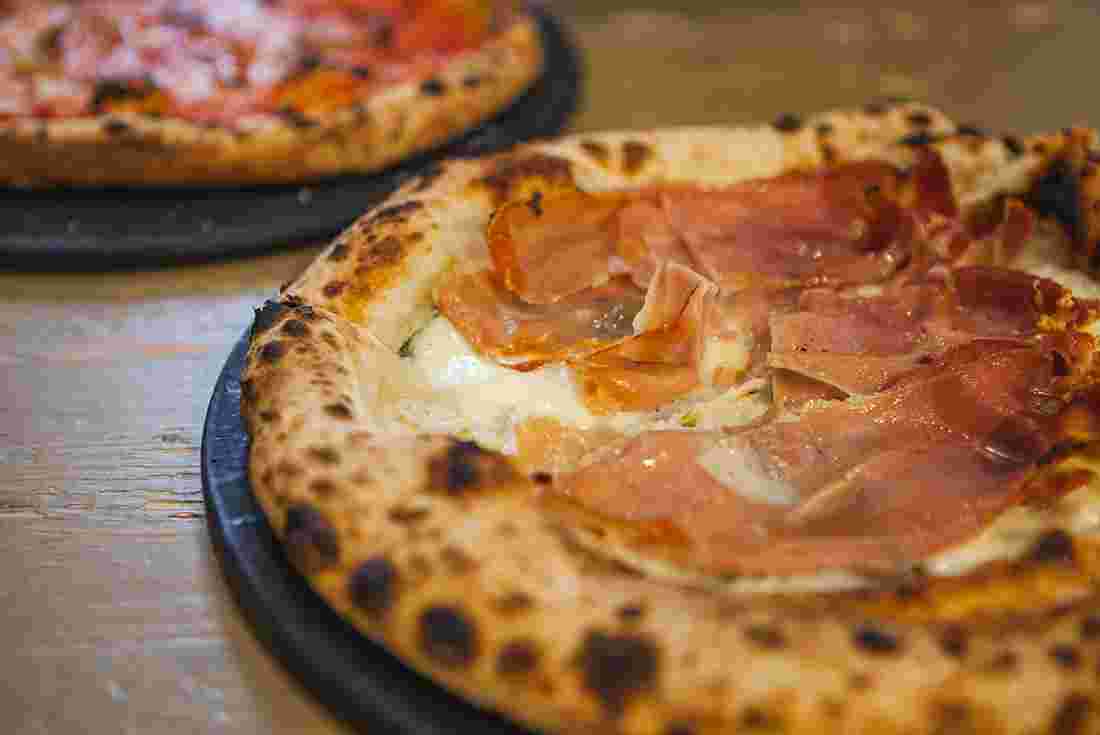 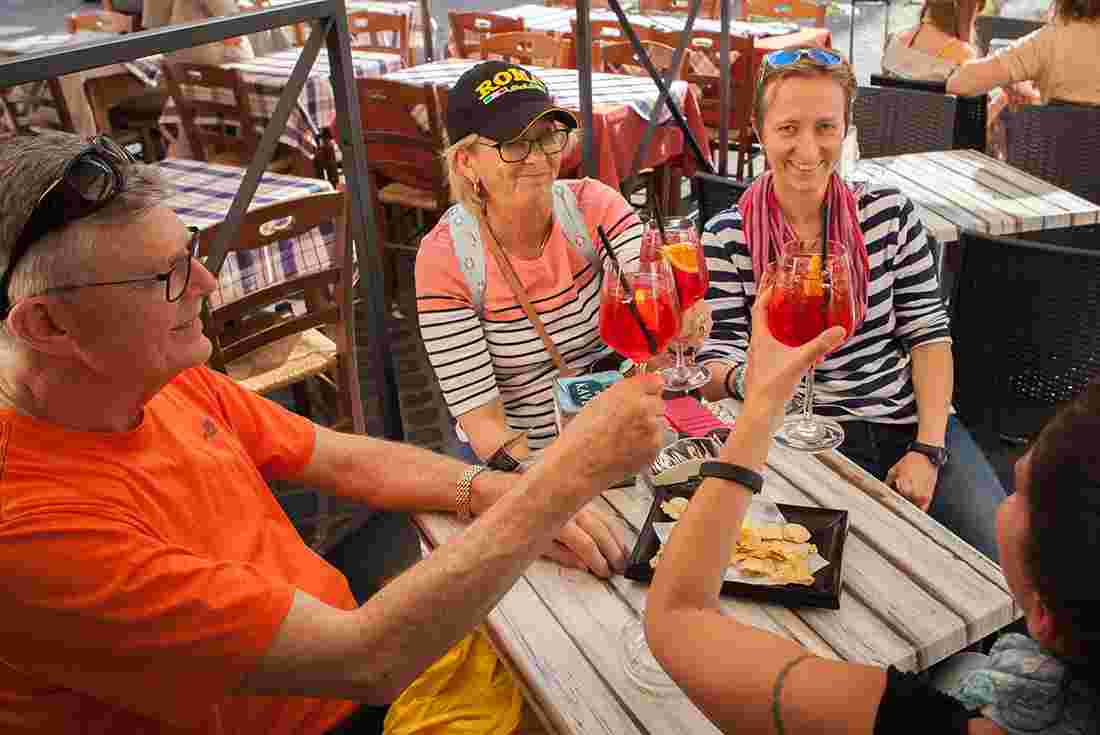 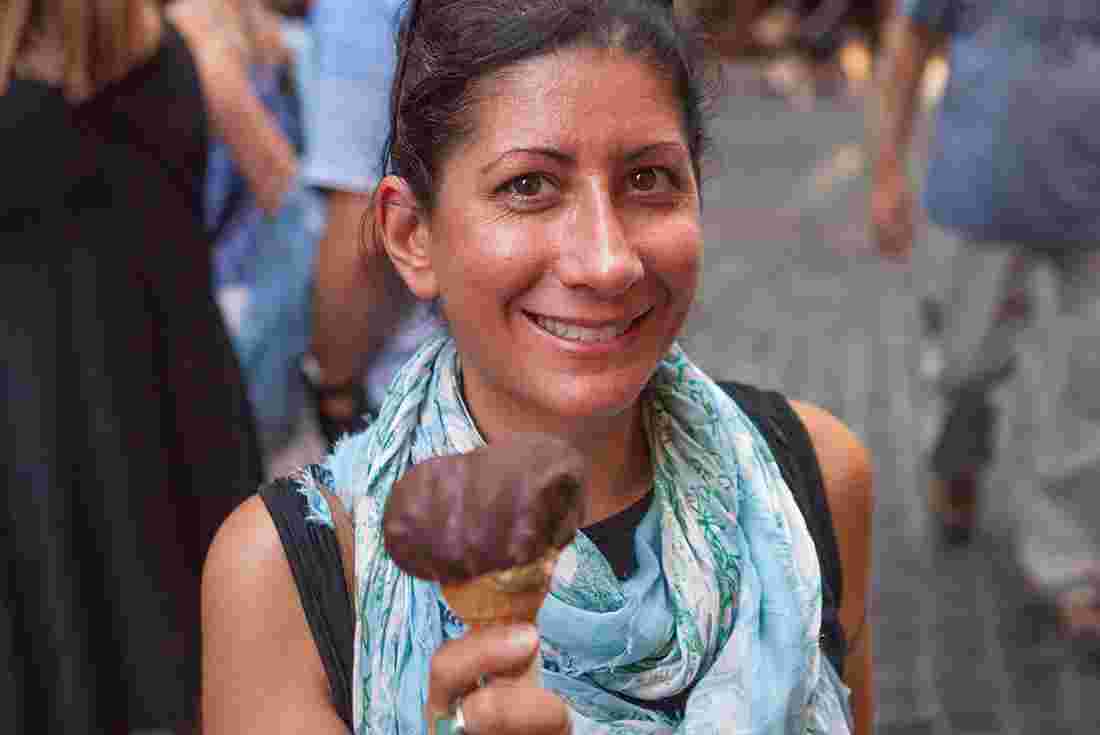 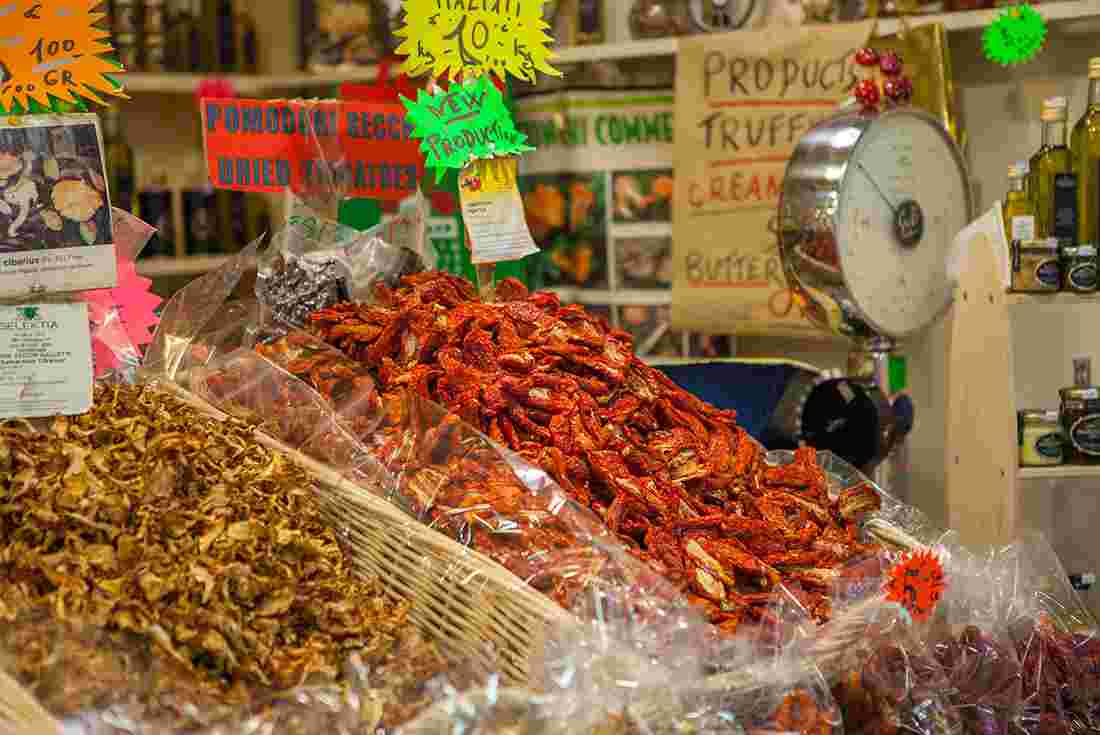 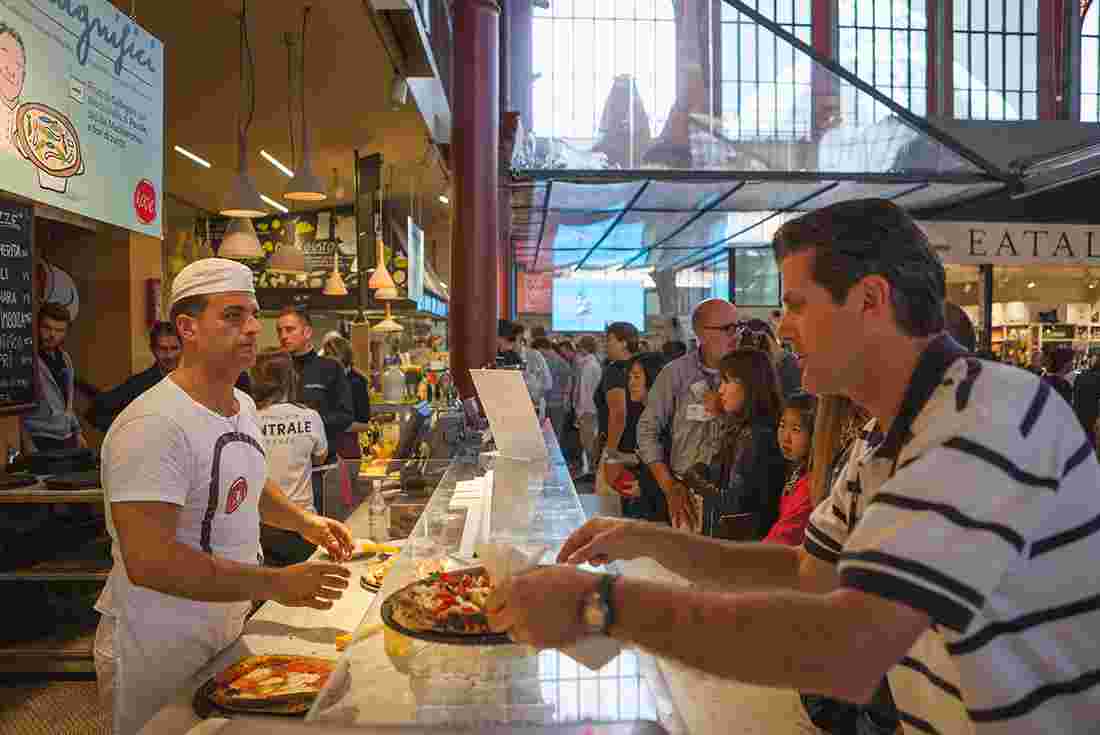 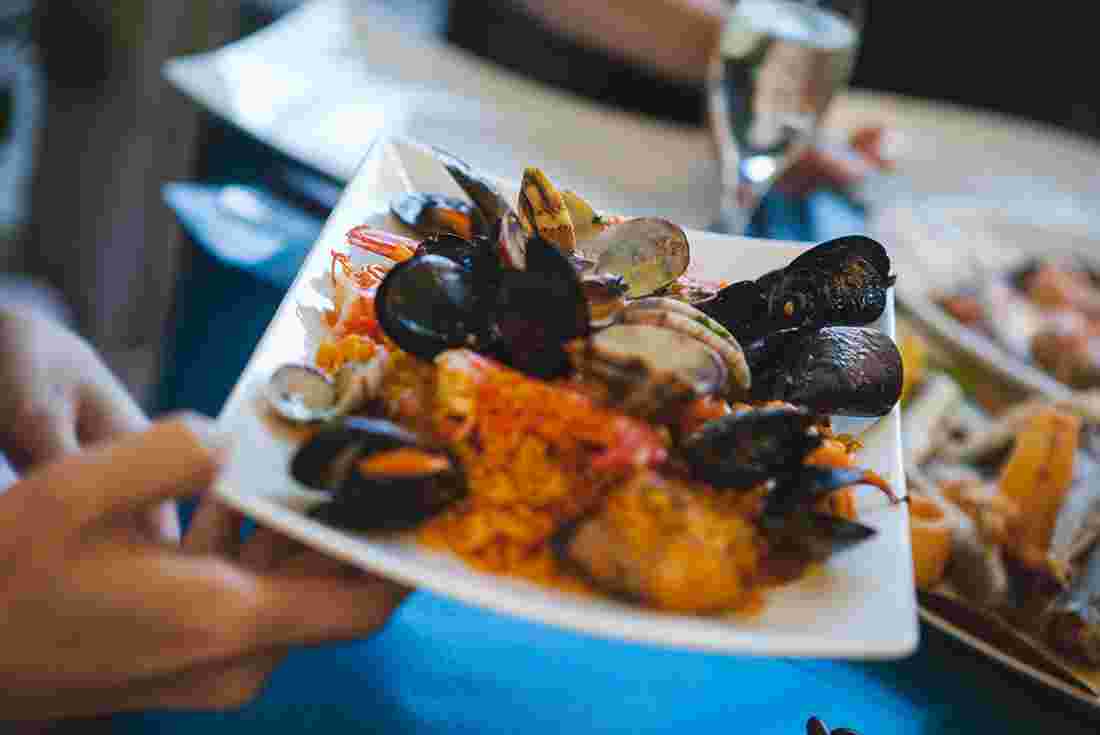 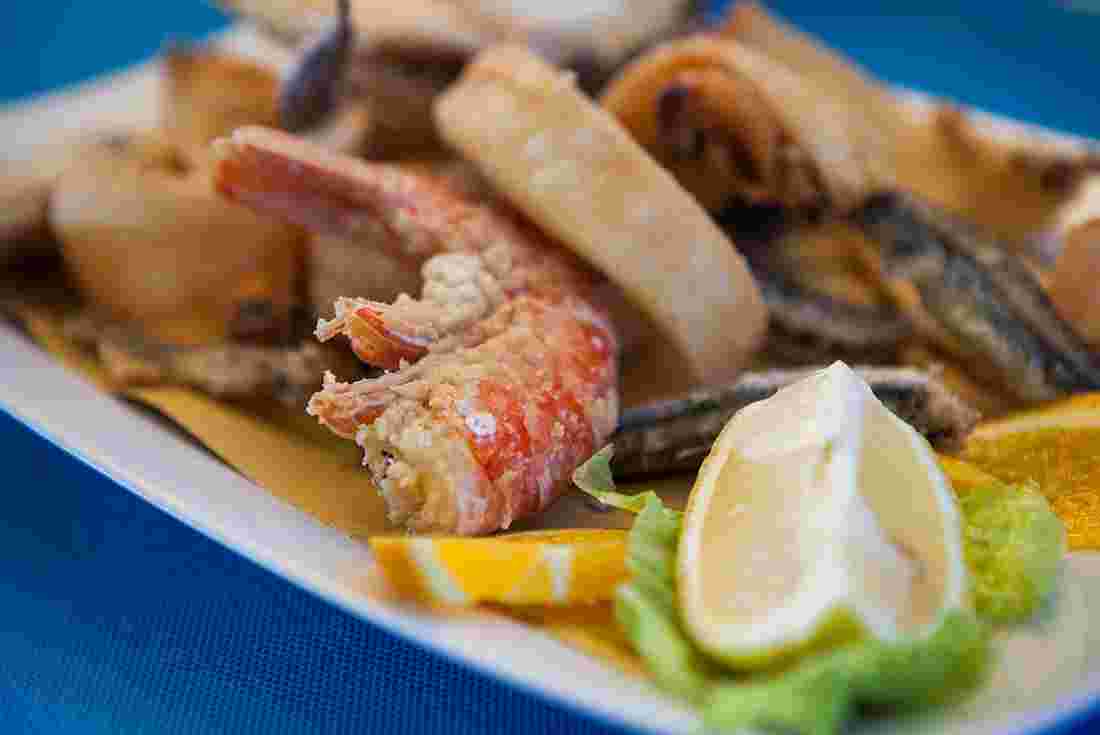 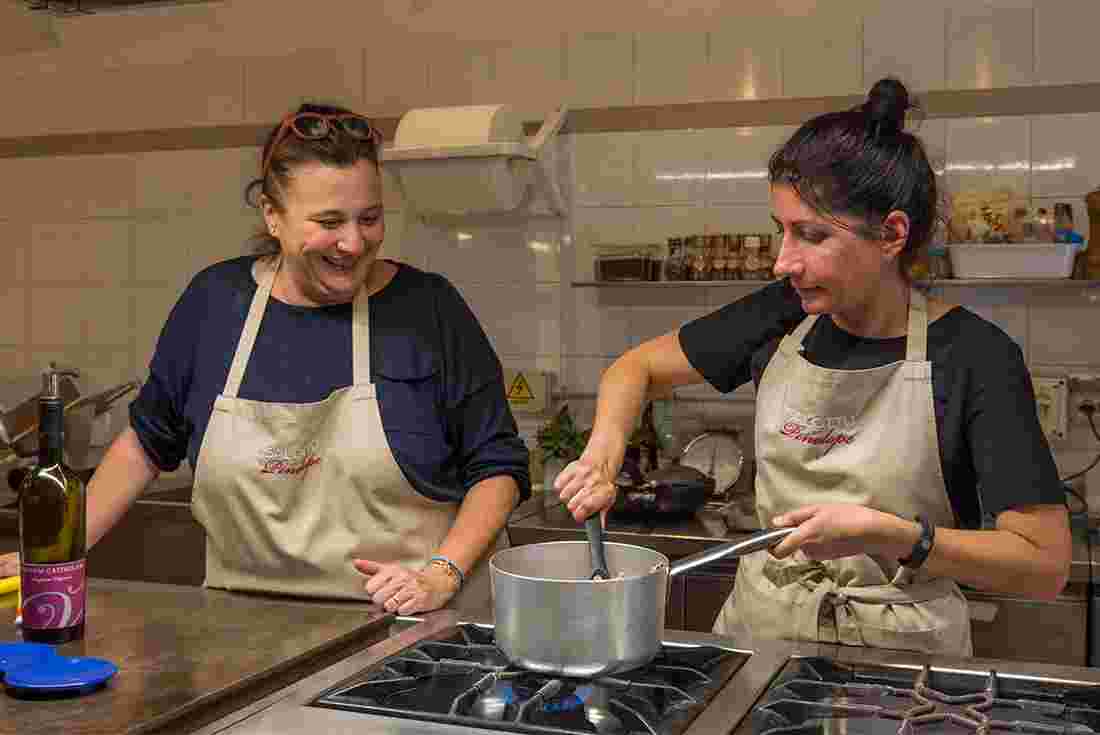 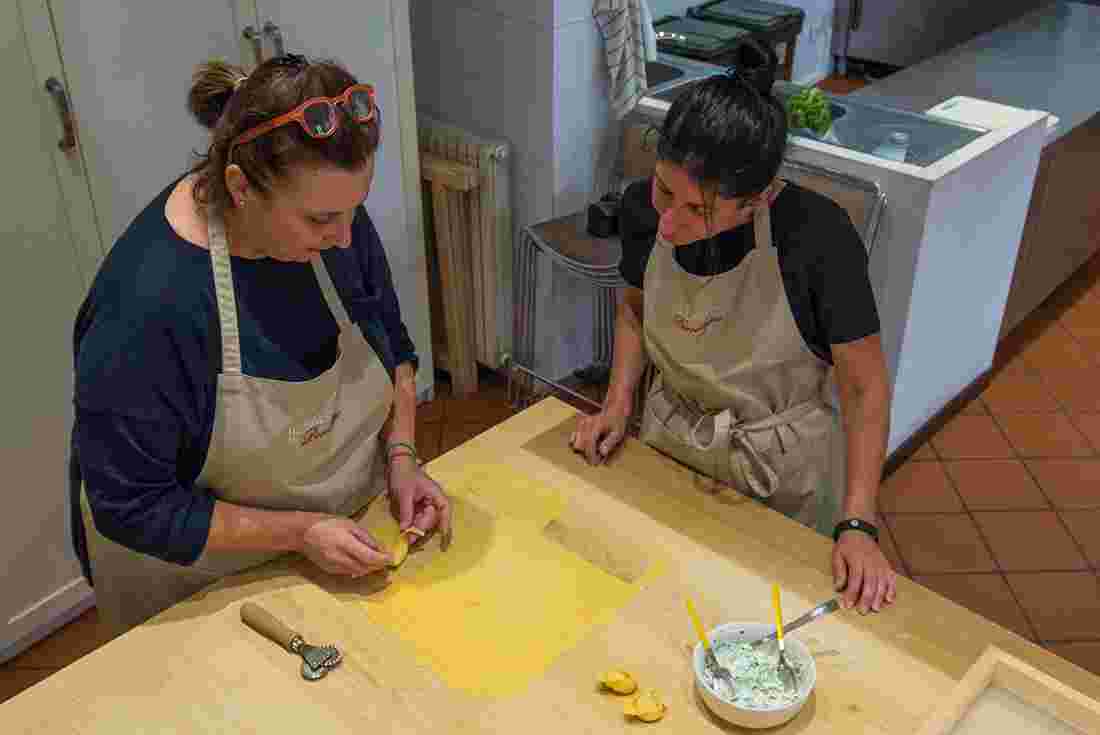 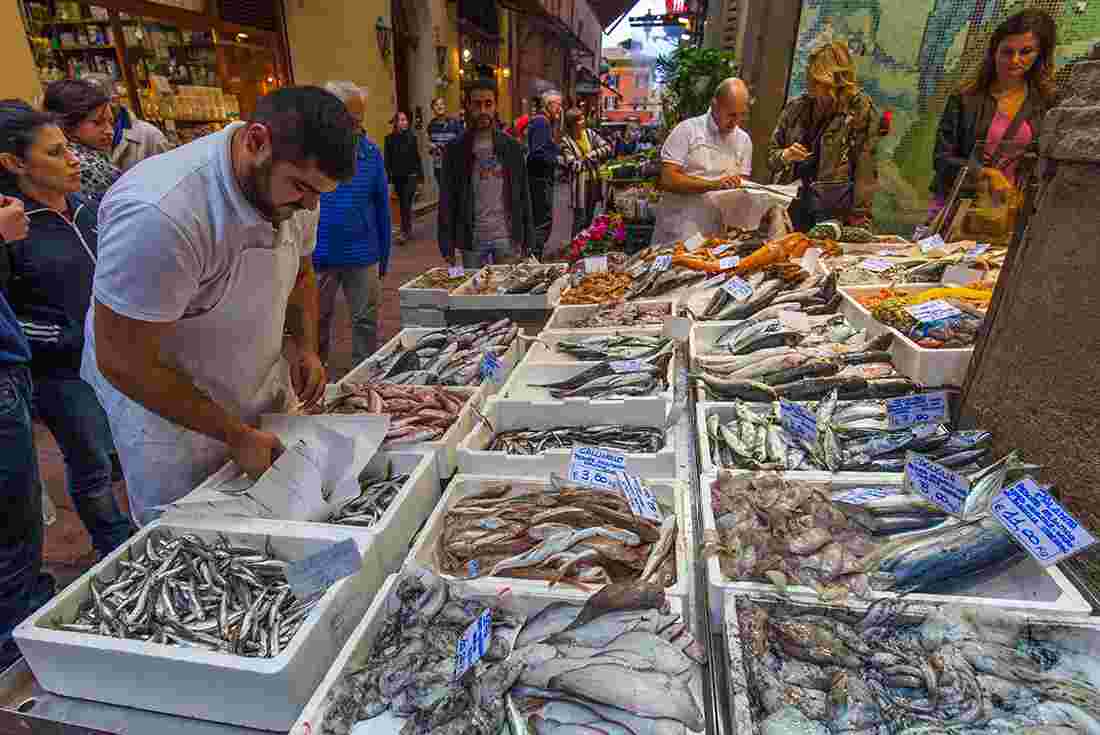 Buongiorno! Welcome to Italy and the iconic city of Venice. If you arrive early, take some time to get lost in Venice's narrow cobblestone streets and spacious piazzas, crossing the tiny bridges to find shops, markets, galleries, churches and stunning buildings. Stroll past St Mark’s Square, the Campanile and the Doges Palace. Cross the Rialto and admire the Bridge of Sighs. Your adventure begins with a welcome meeting tonight at 6 pm. Afterwards, head out for a welcome aperitivo – the spritz and the bellini are local favourites. Venice's distinctive culinary heritage goes back to ancient times and features rich risottos, saline baccala (salted cod) and creamy polenta. If you're hungry, follow your leader to an atmospheric restaurant for your first introduction to Venetian flavours.

It's an early start today. Walk down to the canals and watch farmers unload their produce from canal boats, ready to be sold at Venice's famous Rialto markets. This tradition is more than 1,000 years old. Next, swing past the fish market, where the catch of the day might come direct from the Venetian lagoon, the enclosed bay of the Adriatic Sea in which the city of Venice is situated. Finish with an Italian cafe alongside the market. You'll also be treated to a specialty dessert of the region, tiramisu. The afternoon is free for your own exploration. In the evening, discover the Venetian answer to tapas on a 'cicchetti' crawl through the city's fabulous bacari (wine bars). Snacking is an important pastime in Venice, with many people stopping for cicchetti (small bites) both before and after meals. Don't forget to try a 'spritz'. This mix of white wine, Campari or Aperol and soda water is a popular accompaniment to wash down the delicious cicchetti.

Travel to Bologna by train (approximately 2 hours). Bologna's culinary claim to fame is a significant one, thanks to the ragu alla bolognese. Home of tagliatelle, mortadella and a range of other cured meats and salamis, Bologna, along with the surrounding Emilia Romagna region, is a bonafide food mecca. On arrival, drop your bags at the hotel then get out and acquaint yourself with this city of beautiful old terracotta buildings and lively streets. Later in the day you'll discover the 'real food' of Bologna, with a hands on-cooking class in the fine art of pasta-making. Feast on your handiwork over dinner.

Get an early jump on the day with a trip to discover the flavours of the renowned Emilia-Romagna region. Visit a factory dedicated to the production of one of Italy's most coveted culinary exports – the mighty Parmigiano Reggiano. Get an insight into how this cheese is made, then enjoy a tasting. Continue to the town of Modena (approximately 1 hour) and visit an acetaia, a house where the family produce fine aged Modena balsamic vinegar in the attic. You'll see how the vinegar is aged in barrels made from different woods, and is never less than 12 years old (often well over 25). Taste it and learn the difference between the real stuff and the mass-produced kind. Over lunch, sample some of the town's other specialties: tortellini, or, for the adventurous, zampone (stuffed pig's trotter). Lambrusco, the town's famed sparkling red, makes for a fine accompaniment. Take some time to stroll around this delightful town, admire the Palazzo Ducale and, if you're still hungry, ask your leader about the great specialty panini shop in the market. Return to Bologna in the late afternoon.

Travel by train and taxi (approximately 3 hours) to the village of Pancole, located in the heart of Tuscany between Florence and Siena. The region is renowned for a cuisine that celebrates simplicity and the bounty of locally grown produce in hearty, rustic dishes. Pecorino cheese, farro (an ancient grain) and artisanal cured meats like lardo di Colonnata are just some of the many local ingredients you can expect to indulge in during your stay. Your accommodation is a traditional Tuscan farmhouse, located about 7kms from the enchanting village of San Gimignano. The farmhouse is surrounded by vineyards and olive trees from which the family has been producing excellent wine and olive oil by organic methods for over fifty years. Enjoy a guided walk through the vineyards and cellars of the estate, followed by a tasting of some signature Tuscan wines. The wine tasting will be accompanied by some delicious cheeses, oilve oil and bruschetta.

Take a walk (approximately 1.5 hours; 7 kilometres) along a portion of the Via Francigena, the major pilgrimage route to Rome during the Middle Ages. The walk is on easy terrain, although comfortable walking shoes are recommended. Explore the medieval walled town of San Gimignano. San Gimignano is a UNESCO World Heritage site and is often called the 'Town of Fine Towers' due to the preservation of a number of impressive 'torre' or tower houses within its walls. The town is also known for its white wine, Vernaccia di San Gimignano, produced from the ancient variety of Vernaccia grape which is grown on the surrounding sandstone hillsides. If you're keen to learn more, there is an informative wine museum located in the town. Before returning, stop past an award-winning gelateria, where intriguing flavours like Gorgonzola cheese and walnuts are waiting to be tasted. Spend the rest of your time exploring the walking paths around the farm or, weather permitting, relaxing by the pool, enjoying beautiful views of the Tuscan countryside.

Today jump on a train to Rome, then take a guided food expedition through the historical city centre of Rome. Walk past the Pantheon, Navona Square, Campo del Fiori, the Jewish Ghetto and Trastevere building up an appetite for the food stops along the way. Visit the city’s most famous bakery for the Roman’s go to snack pizza al taglio. When a Roman is on the run, pizza al taglio is the answer! This is pizza by the slice and here at this historic bakery, discover what’s so good about it, and how one orders it from the massive slabs of pizza visible from behind the counters! Discover Jewish-Roman cuisine in the city’s ancient Jewish neighbourhood. Winding our way into the city’s Jewish quarter, stand spellbound at the ancient Roman ruins that dot this centuries old neighbourhood, one of the culinary hotspots of the city. Then cross the 15th century Ponte Sisto into, Trastevere, the other side of the Tiber river. Saint Peter’s basilica provides the ultimate backdrop behind this landmark. Trapizzino has the whole city talking right now. Invented by a local Roman pizza maker named Stefano a few years ago, Trapizzino is has become Roman’s new favourite street food snack. With stomachs content and a newfound love for Roman cuisine and the centuries old history that has shaped it, it’s now officially Spritz o’clock. Finish the night drinking in the square just as the lively locals do (depending on the weather we will either go to the square or enjoy the drink in the bar).

Today's food tour takes place in the afternoon between lunch and dinner. While we have counted this as a dinner (as there will be plenty of food!), you may still wish to dine in the evening. The food walk will be approximately 3 hours in duration, so bring comfortable walking shoes.

This Real Food Adventure comes to a close today. There are no activities planned and you're free to depart the accommodation at any time after check-out. As there is so much to see in Rome, we recommend you stay a little longer to soak it up. We are happy to book additional accommodation for you (subject to availability). Please speak to an agent at the time of booking.

There are currently no scheduled departures on our Italy Real Food Adventure trip. If you are interested in other trips in the region visit one of the links below.

Indulge your tastebuds on a tour of northern and southern Italy, from Venice to Bologna...

1. A single supplement is available if you’d prefer not to share a room on this trip. The single supplement exclude Days 5,6 (Farmhouse) where you will be in shared accommodation, and is subject to availability. Please speak to your booking agent for further information.
2. While we endeavor to cater for specific dietary requirements, some meals and food activities are set in advance and may be difficult to adjust. Please advise us of any dietary requirements at the time of booking so that we can ensure you’ll enjoy this trip.