Encompassing the vast Arctic Ocean and ice sheets, land claimed by eight countries and belonging to three continents, the Arctic is one of the most diverse regions in the world. Its animal inhabitants are a true testament to that. Here’s a glance at some of the wildlife you might encounter on a visit here.

What lives in the arctic?

The Polar Bear, Caribou, Snowy Owl, Arctic Hare, Arctic Fox, Narwhal, Walrus, Musk ox and the Beluga Whale are some of the animals which live in the Arctic. 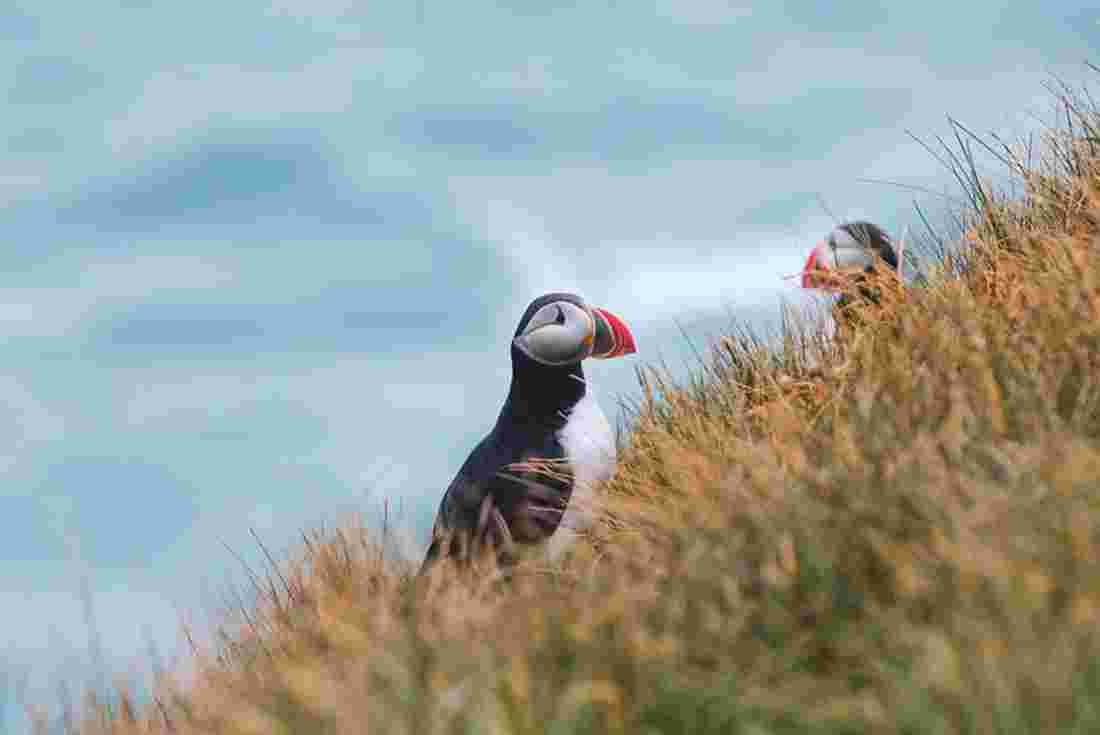 Obviously the cutest of all the Arctic birds, the petite puffin spends two-thirds of the year at sea. Before taking flight, they love a clumsy run across the water’s surface. Did you know their beaks change colour seasonally? So, if you’re looking for one in winter, forget the bright red bill – look for one a little bit more grey in colour.

Where to find them: Iceland, Westfjords and Greenland. 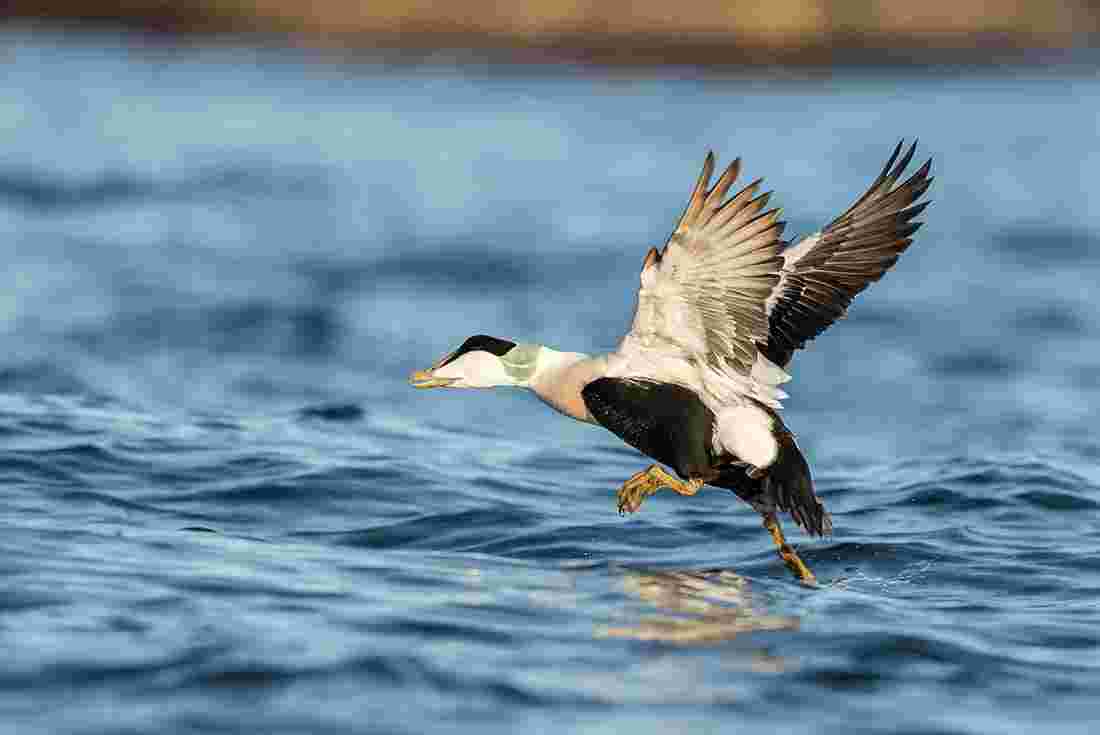 With females' feathers brown and black all over and males sporting a distinct white-to-black plumage plus shades of green, you’ll know who’s who straight away. They dive to the sea floor to collect molluscs and crustaceans, eating them whole, and cluster in chick creches when under predator attack. It’s a duck day care, if you will.

Where to find them: coastal Greenland and Spitsbergen. Keep an eye out for the rare king eider, with its colourful square head. 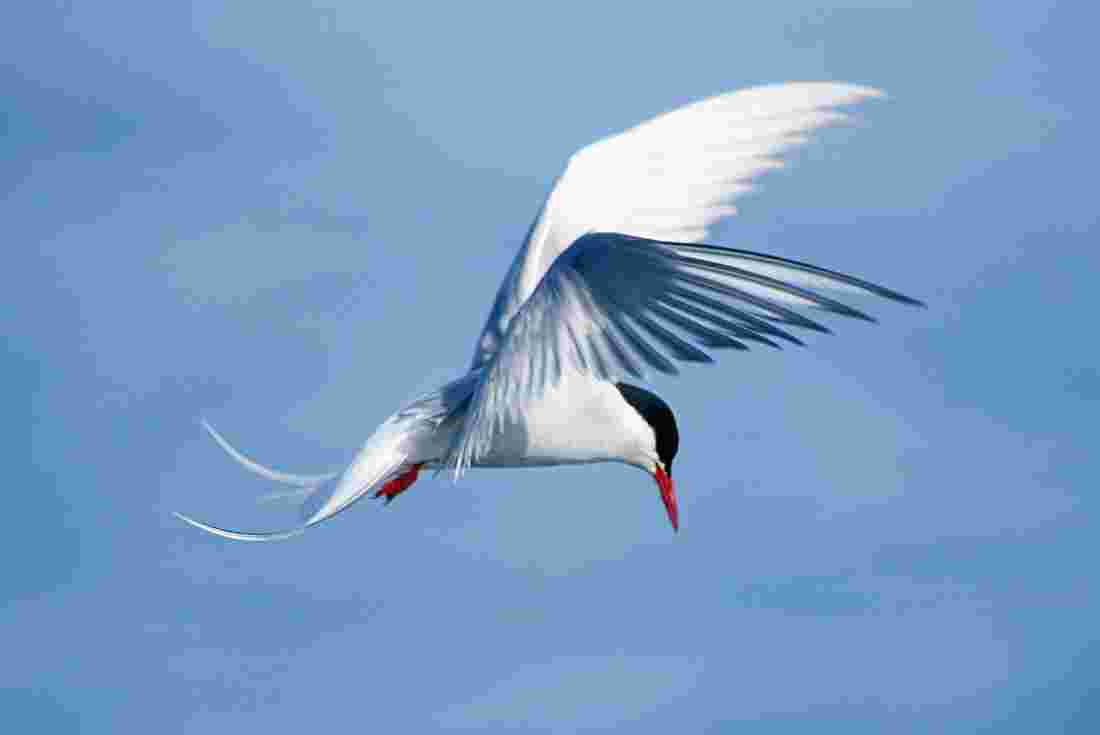 The elders of the Arctic, these terns can live as long as 30 years. Arctic terns have a small round head, red beak, long angular wings and very short legs. They dive just below the water’s surface to feed on small fish species.

Where to find them: all over the Arctic in summer, and down in the Antarctic in the Southern Hemisphere's summer. 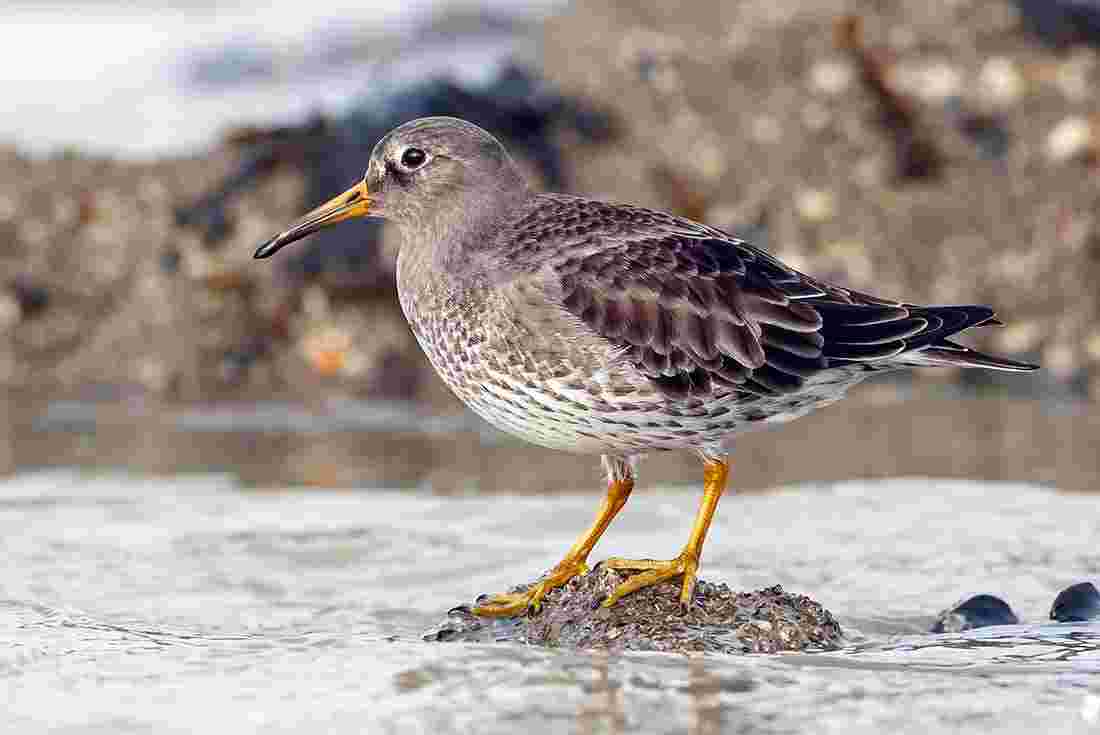 Purple sandpipers are plump, medium-sized creatures with one of the northernmost winter ranges of any shorebird. Their feather coat has a slight glossy purple sheen to it which may be hard to spot, but you’ll be sure to see their short yellow legs.

Where to find them: Arctic Ocean islands, Spitsbergen and parts of Baffin Bay. 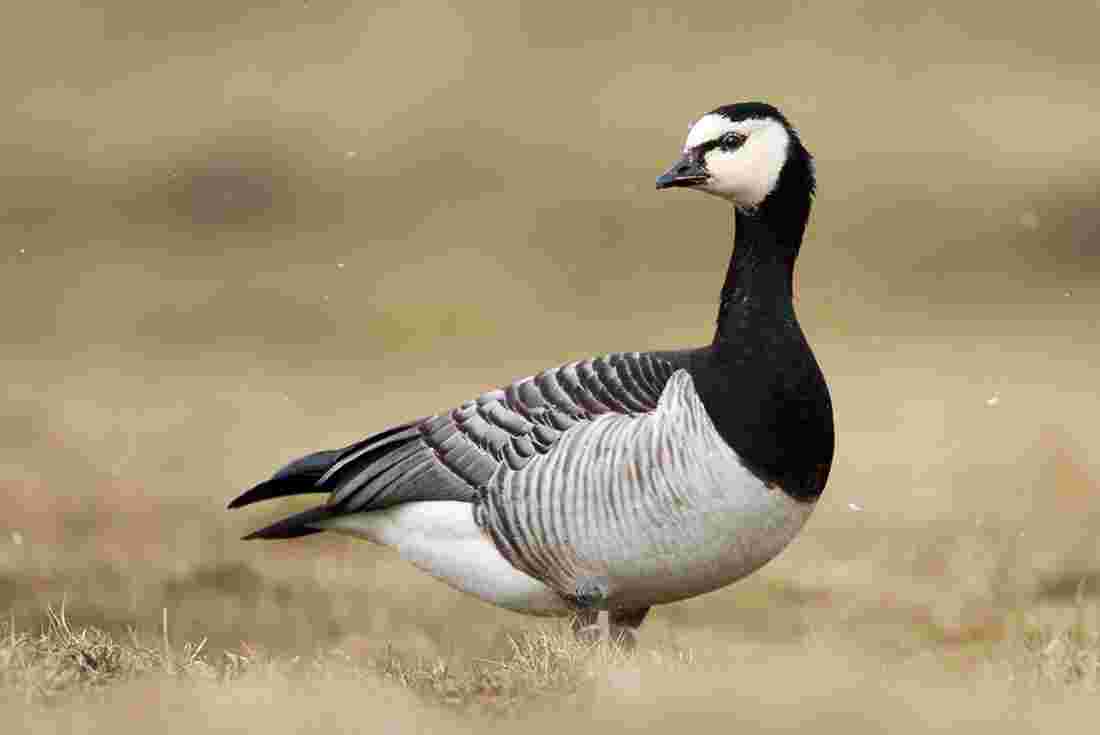 White-and-black adult barnacle geese set up nests at the top of cliffs, away from predators such as Arctic foxes and polar bears, but also away from food. So, barnacle goslings – unable to fly – must take the plunge and fall to their parents at the foot of the cliff so they can begin feeding. It’s the ultimate act of courage.

Where to find them: eastern Greenland, Svalbard and Novaya Zemlya during breeding season. 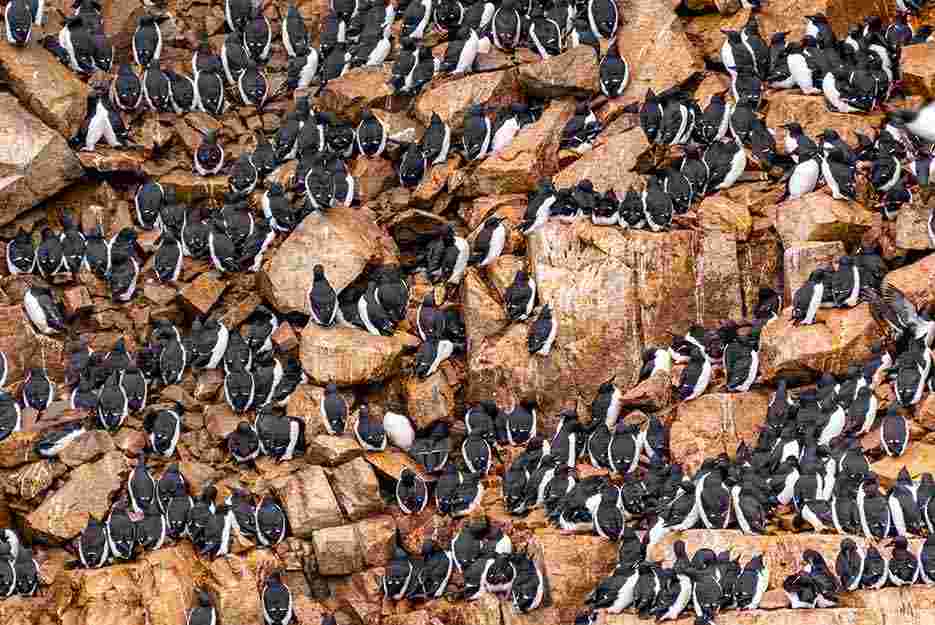 Also known as the thick-billed murre, these flyers are a lot like their penguin friends from the south with their black heads and backs and white bellies. The guillemot species, though, use their wings for flying as well as diving.

Where to find them: Greenland, Svalbard, Westfjords and Franz Josef Land. 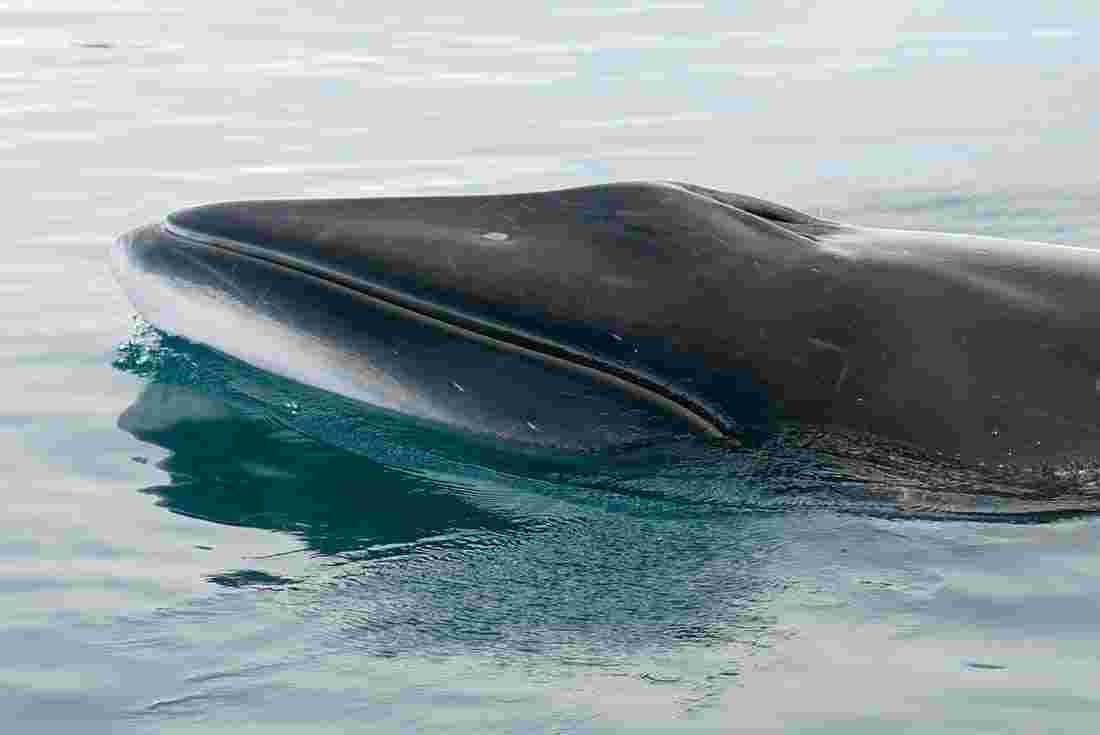 The smallest member of the rorqual family, the northern or common minke whale is still a mighty sight. Under constant threat from commercial whaling, these (relatively small) giants of the sea tend to live a solitary life in Arctic and Antarctic waters.

Where to find them: the waters off eastern Greenland, the Arctic Ocean, Barents Island and Kara Sea. 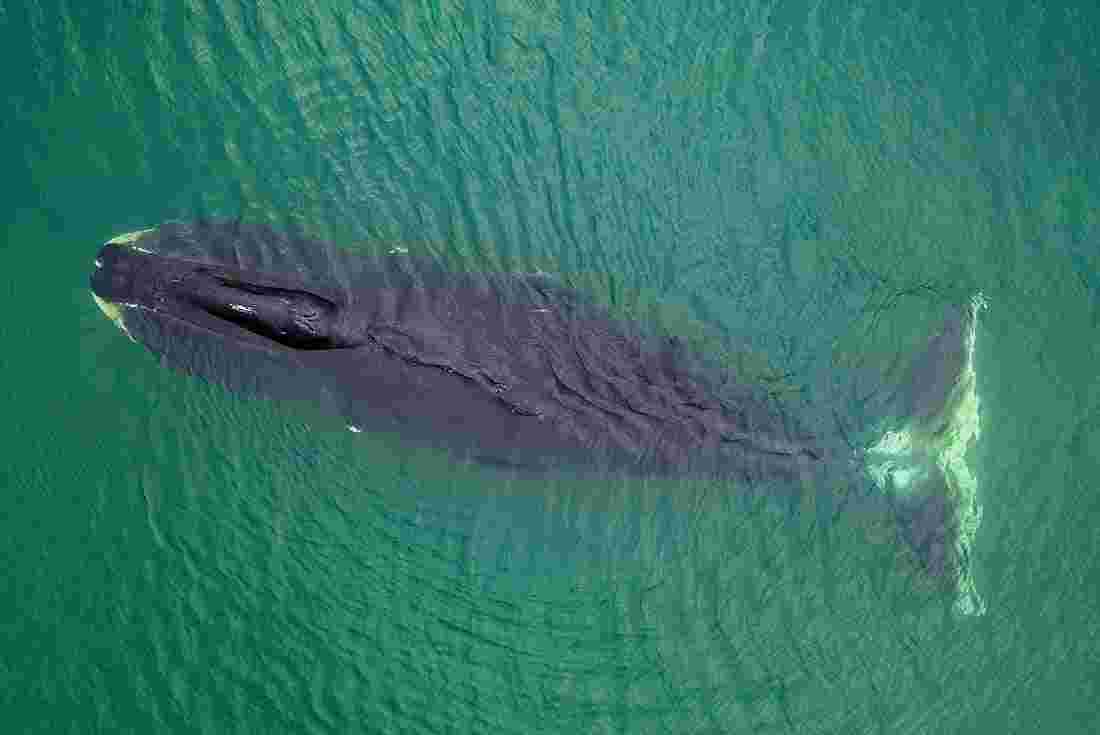 Not only is Diskobukta a fun word to say, it’s also one of many places you’ll find the bowhead whale – a marine beast with a large triangular skull to break through ice. They have the thickest blubber, longest lifespan, lowest core body temperature and greatest number of 'songs' than any other whale.

Where to find them: across Arctic waters from west of Greenland to the Barents Sea. 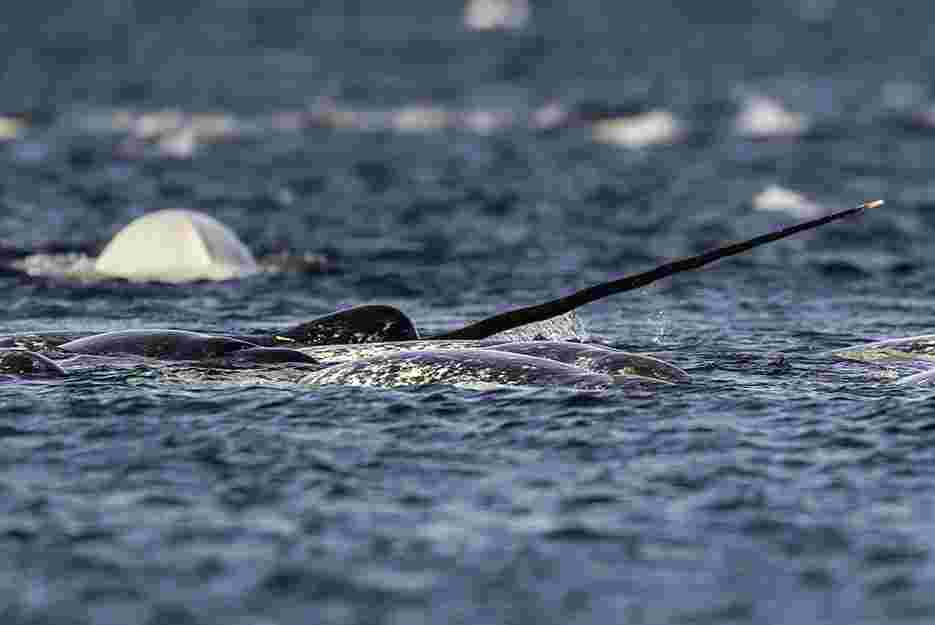 It may be considered rude to point, but not for narwhals – they were born this way. Their striking feature is a large ‘tusk’ (actually a protruding canine tooth), so that’s how you’ll be able to tell them apart from their marine buddies.

Where to find them: in Arctic waters around Greenland, Canada and Russia, all year round. 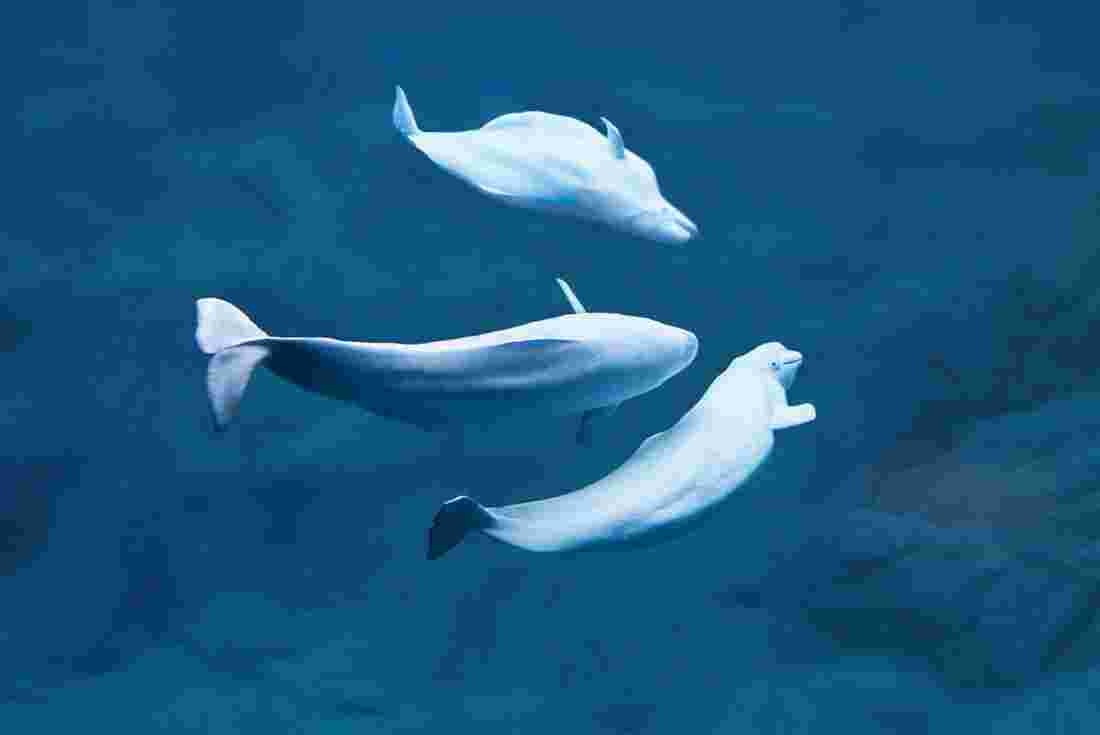 Easily distinguished with their brown-grey to white skin, beluga whales are super vocal and sociable in their pods and have a sizeable round forehead. They may look odd, but these incredible creatures use a whole range of sounds to communicate and are known to mimic what they hear.

Where to find them: singing in the Arctic Ocean off the coast of Svalbard and Greenland. 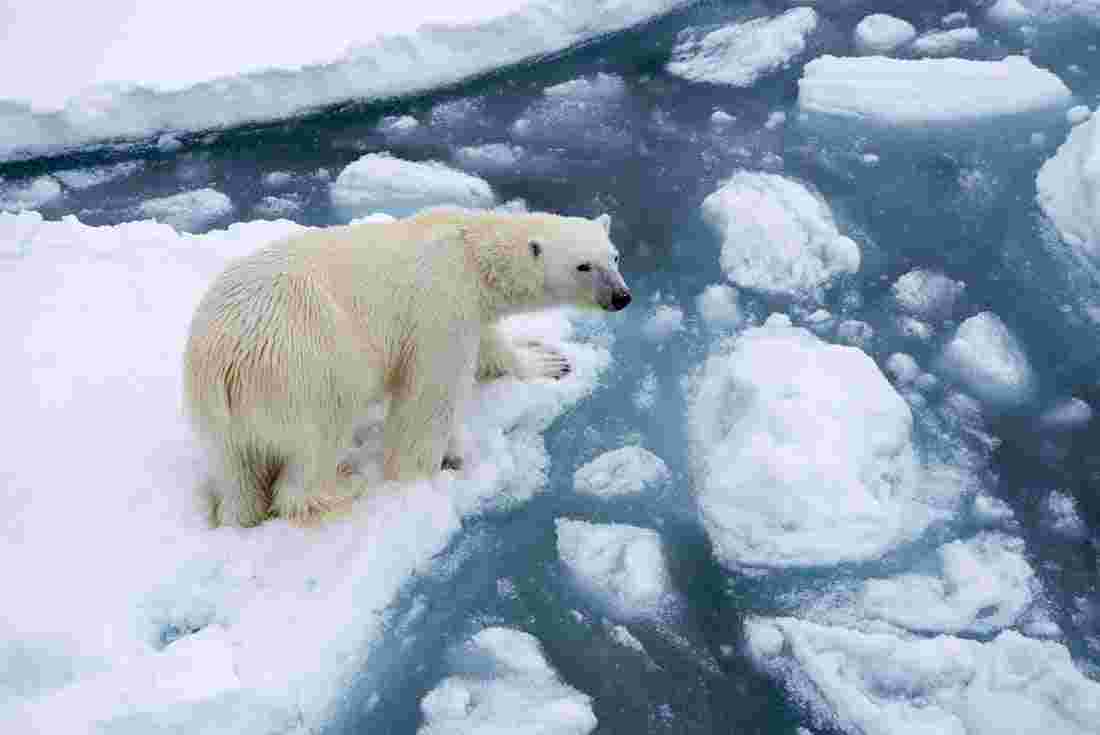 Not only are the icy icons of the Arctic some of the most well-known mammals of the region, they are also surprisingly good swimmers who use their front paws to paddle while holding their hind legs flat like a rudder. They love a feast too – spending around half of their time in search of food.

Where to find them: in small numbers in Greenland (Phippsoya and Isbukta), Spitsbergen, Franz Josef Land and around the Kara Sea. 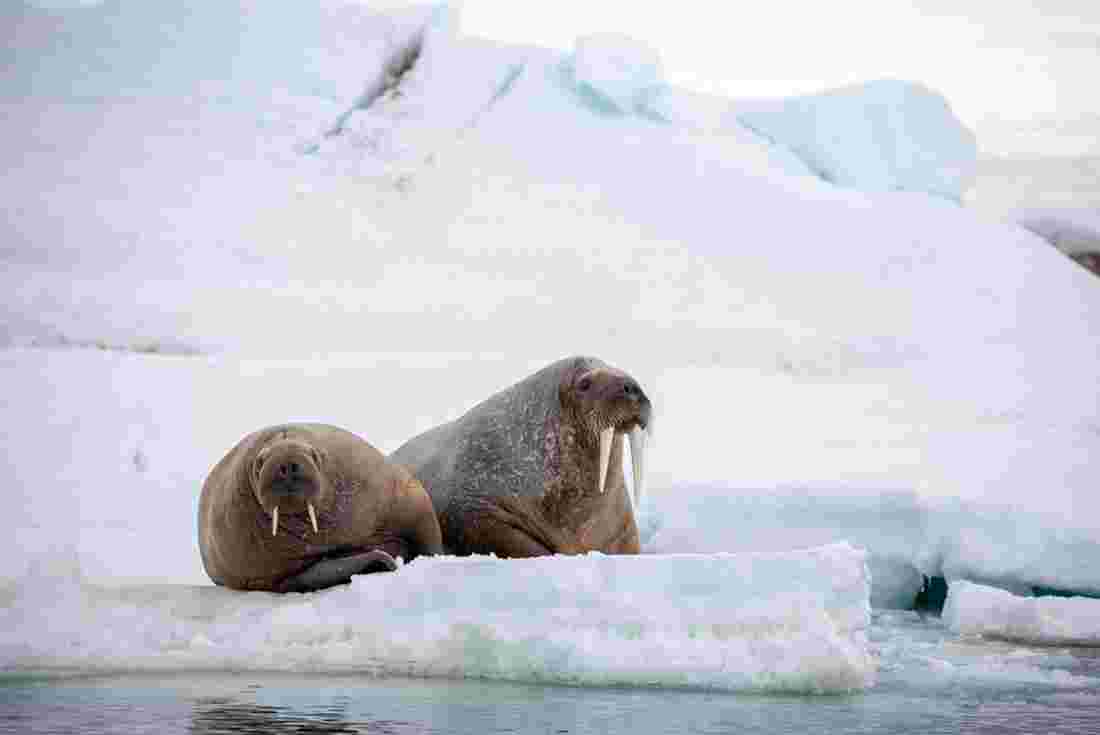 True heavyweights of the animal kingdom, the Arctic’s walruses can weigh up to 1700 kilograms, thanks in part to a six-inch layer of insulating tissue. Often spotted lolling about on the icebergs and rocky shores of Spitzbergen and Franz Josef Land, they’re made conspicuous by the sizeable tusks that they use to haul themselves out of the water onto land.

Where to find them: Kapp Lee, Spitzbergen and Franz Josef Land. 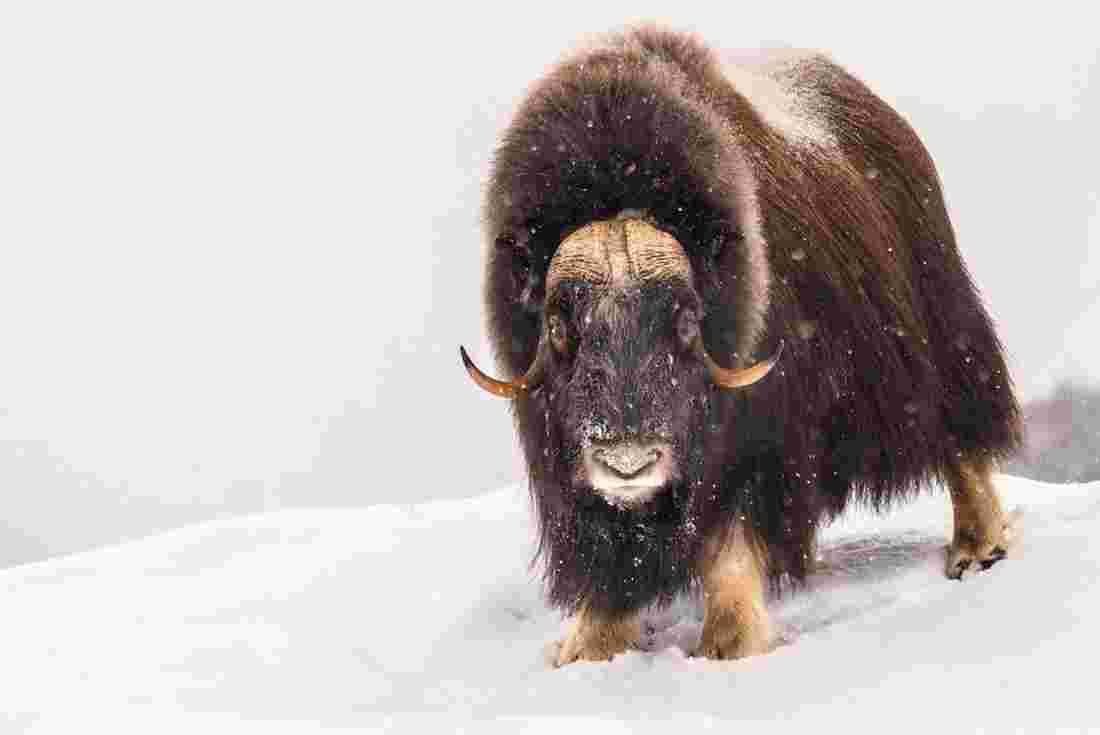 Native to the far north of Greenland and found in treeless tundra, musk oxen were almost wiped out in many places due to overhunting but are now found across the Arctic. They move about seasonally to get the best food and have an inner and outer fur coat to endure harsh conditions in winter.

Where to find them: Eastern Greenland and Svalbard. 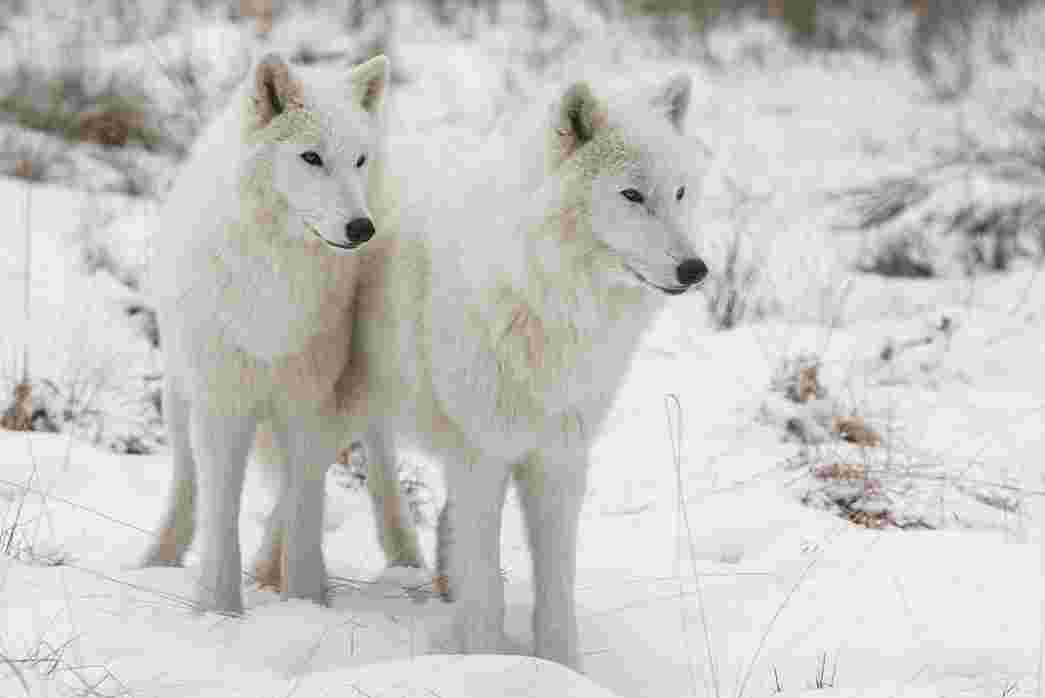 Where to find them: Arctic regions of North America and Greenland. 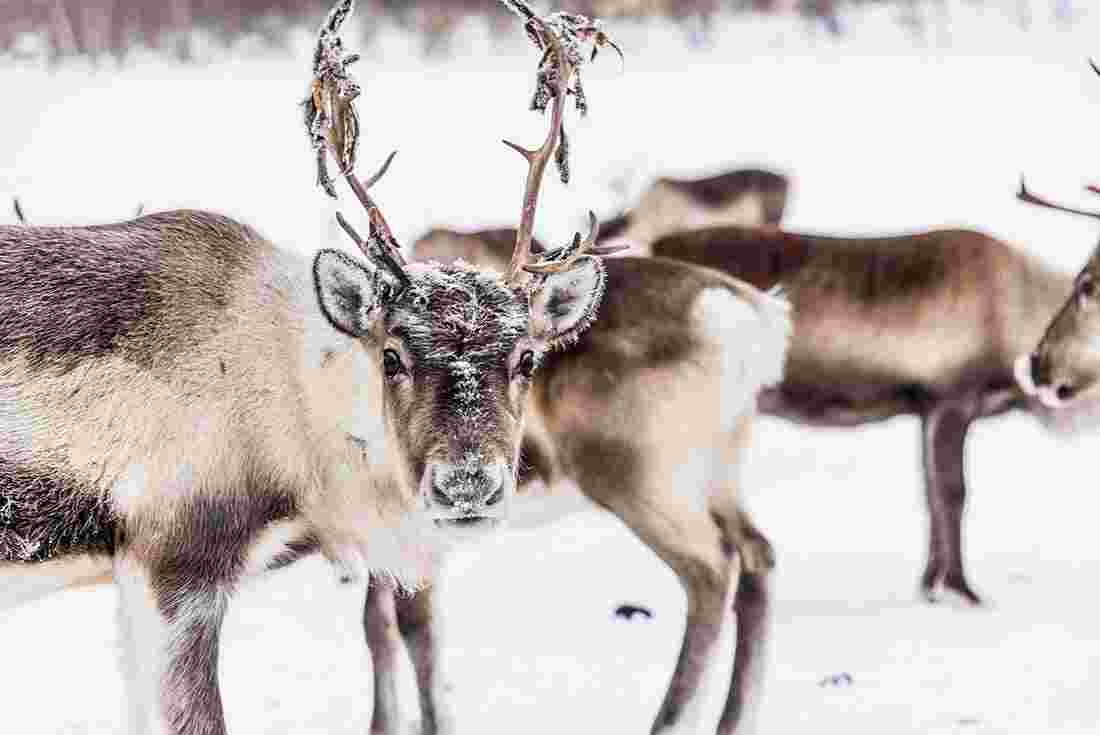 With a population currently pegged at approximately 10,000, the Svalbard is the smallest subspecies of Arctic reindeer. They can reach speeds up to 80 km when they choose to run, but generally keep to a sedate shuffle.

Where to find them: on Svarlbard. 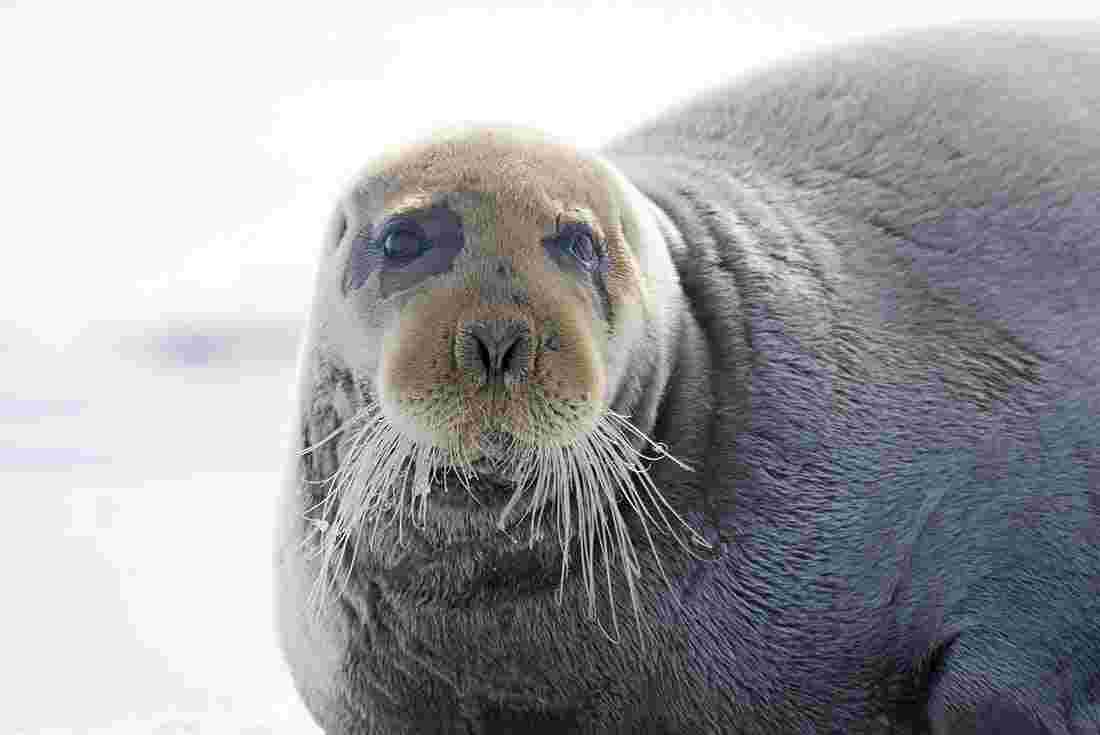 The largest species of Arctic seal, bearded seals can grow to over 350 kilograms and are easily recognised by their long white whiskers. In summer, they’re sunbaking on pack ice, and at other times of the year are chasing the warmer waters and larger sea ice formations.

Where to find them: Greenland, Barents Sea and parts of the North Atlantic. 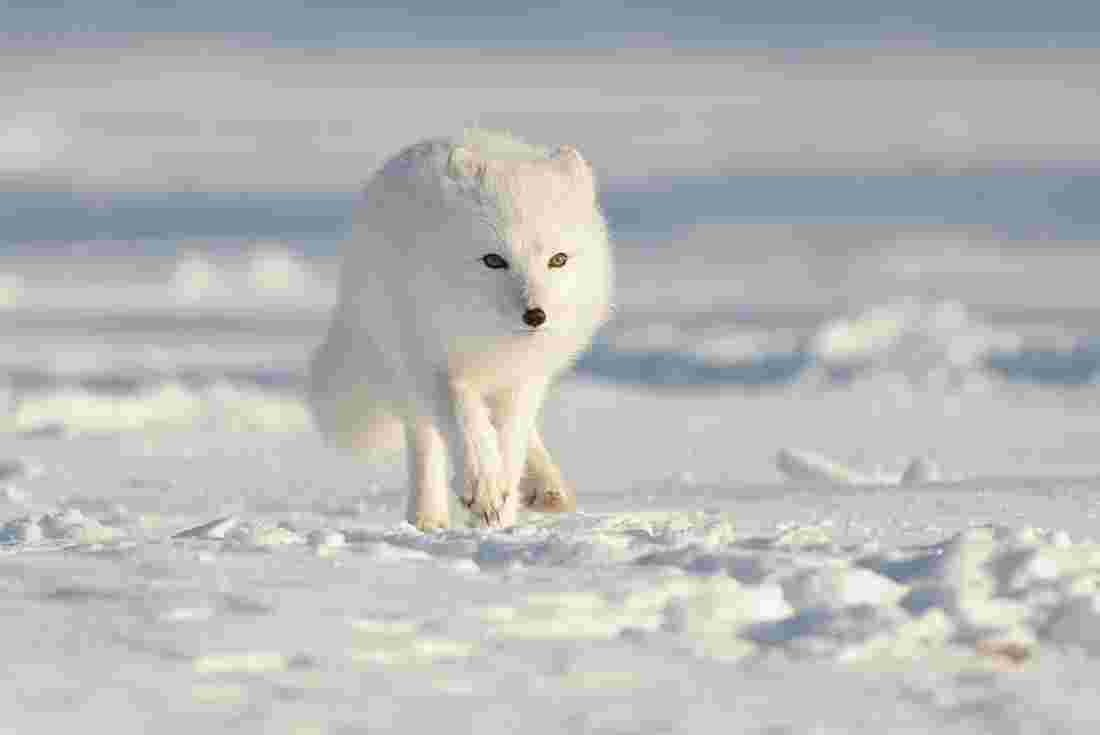 Spotting these fleet-footed puppies is easier during the summer months when their normally snow-white fur turns a dusty grey. They often live in a complex network of burrows housing multiple generations, and have remarkable hearing which enables them to detect and catch prey scurrying about under the snow.

Where to find them: while they can be found throughout Greenland, their wily ways make them a rare sight. 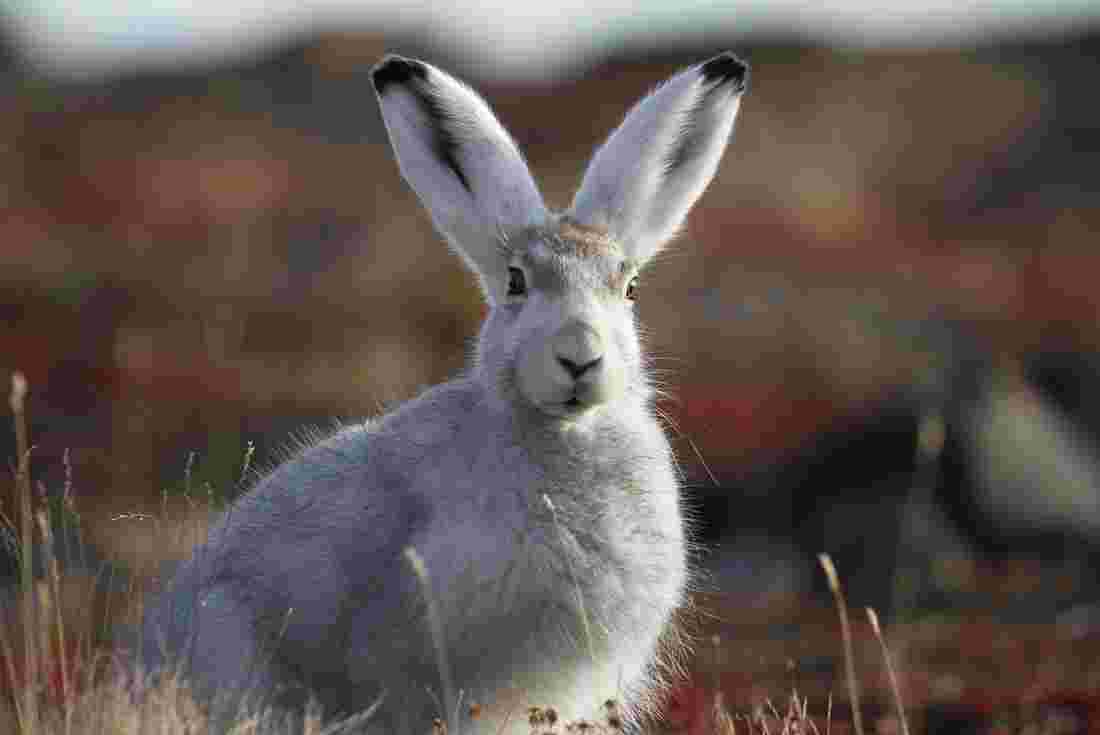 These jumpers have acclimatised to the Arctic conditions with shortened ears and limbs, a small nose, lots of fat, almost 360-degree vision and a fluffy coat of fur. Hares in the far north of the Arctic stay white all year round. However, those in more southern regions moult and turn a shade of brown for better camouflage during the summer.

Where to find them: Greenland and the north Canadian Arctic islands.