Home » Why you should give on Giving Tuesday
News

Why you should give on Giving Tuesday

written by The Intrepid Foundation November 28, 2019 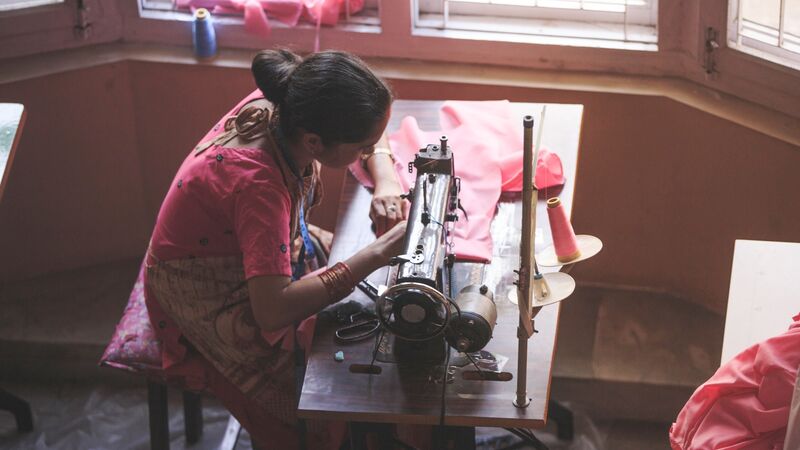 I still remember the first Intrepid Foundation project I visited. We were in Kathmandu, about three months after Nepal’s devastating 2015 earthquake, and it was hot. The streets were still covered in dusty piles of red brick, and most of the walls were cracked or leaning drunkenly to one side, propped up with bits of timber. Our taxi drove through the crumbling backstreets of Kathmandu until we reached a three-storey building and some rusty, wrought iron gates.

Behind the gates was Seven Women, an NGO that’s educated and employed more than 5000 Nepali women over the last 12 years. The organisation runs literacy and numeracy programs, a small (but delicious) cooking school, and sells fair trade goods and handicrafts, made by the women themselves. Many of the kids running around Thamel owe their school uniforms to Seven Women. It’s one of Nepal’s social enterprise success stories.

It’s funny which parts of an adventure you remember. Four years later and the Himalayas are a foggy blur, but I can still feel the cool shade of that building, see the smiling women inside, hear the gentle jangling of pedal-powered sewing machines.

VISIT SEVEN WOMEN ON A SMALL GROUP ADVENTURE WITH INTREPID. VIEW OUR RANGE OF TOURS HERE. 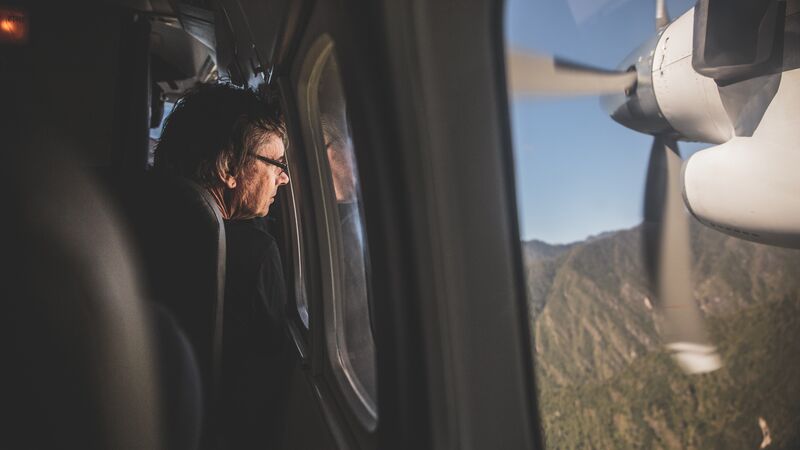 Seven Women is one of over 130 community organisations supported by Intrepid’s not-for-profit arm, The Intrepid Foundation, whose projects cover almost every imaginable charitable cause: from an elephant sanctuary in Laos and Peruvian porter welfare to education programs in Morocco’s High Atlas mountains. These days it’s not unusual for tour companies to dabble in philanthropy, but in 2002, this was definitely the road less travelled.

“The travel industry was very different in 2002,” says Intrepid’s co-founder Geoff ‘Manch’ Manchester. “I remember our Responsible Business manager, Jane Crouch, used to speak at conferences about how travel companies could actually help people, and the industry was sort of taken by surprise.”

FIND OUT MORE ABOUT THE INTREPID FOUNDATION NOW

Manch says The Intrepid Foundation (which has raised more than $7.5 million since its inception in 2002) was actually driven by traveller demand. Intrepid Travel was already visiting some not-for-profit organisations back in the late ‘90s, particularly in South East Asia, and travellers wanted to donate. But the company had no effective way to handle those donations, or to make sure the money ended up in the right hands. So The Intrepid Foundation was born. 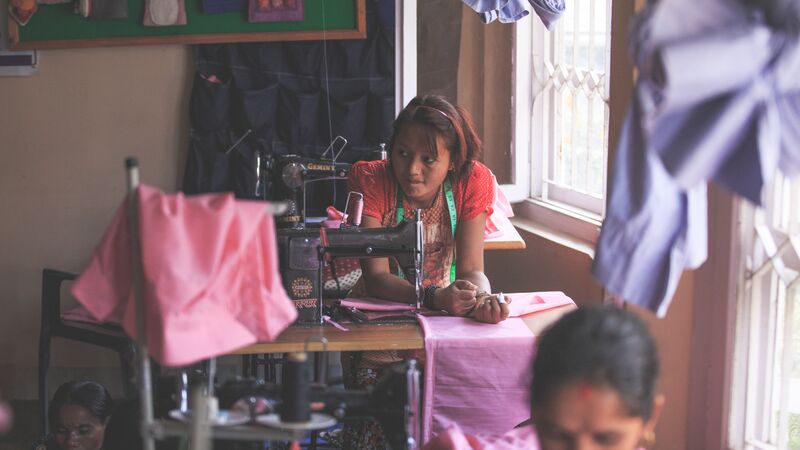 “We had the idea of running a separate foundation,” Manch says. “which could receive donations from people and direct that money to community groups. Intrepid would then match the donations dollar for dollar. It was a way to support a large number of organisations that would otherwise struggle to get funding with a larger amount of money.”

This was nearly 20 years before ‘sustainable tourism’ and ‘ethical travel’ became global marketing slogans. The Intrepid Foundation was also one of the first not-for-profits to take a more granular, grassroots approach to charity: instead of funnelling money into a single massive NGO, the Foundation would act as a sort of distribution network, connecting travellers with projects they could visit in the flesh. It was like giving a face to the faceless. For the first time, small NGOs could get access to a proper network of global travellers.

“Most of these organisations don’t have big budgets,” says Manch. “They run on the smell of an oily rag. And it’s not that giving money at the grassroots level is necessarily better – there are still some fantastic global NGOs out there – but doing it this way means we can support a much wider variety of causes.” 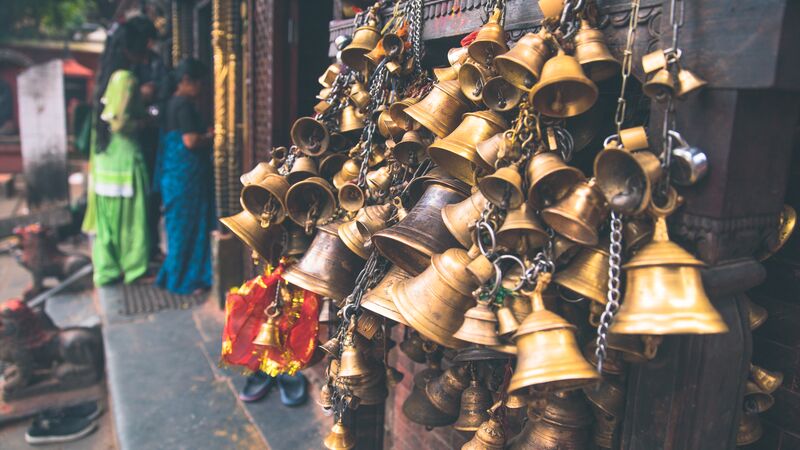 It’s a good time to think about the past. Giving Tuesday is here – and The Intrepid Foundation is asking travellers and organisations to dig deep. What started in New York in 2012 has spread to over 50 countries around the world – Giving Tuesday is one day on the calendar where individuals and communities come together to celebrate generosity. It’s a movement dedicated to selflessness, which is probably the one thing the world really needs right now.

There are plenty of ways you can get involved, including a direct donation to The Intrepid Foundation. Intrepid will match your generosity dollar for dollar and cover all administrative fees, so 100 per cent of giving can go directly to the projects.

“Go ahead and do it, because you’ll feel great afterwards,” Manch says. “As travellers we’re very privileged. Most of the world can’t afford to do the things we get to do. And as an industry, we make money from taking people to other countries, particularly developing countries. There’s a responsibility there to give back. To share the wealth. That’s what travel’s all about.”

Giving Tuesday will take place on 3 December 2019. If you’d like to donate, find a project close to your heart or support all of them at once by giving to The Intrepid Foundation.

All images by Ben McNamara. 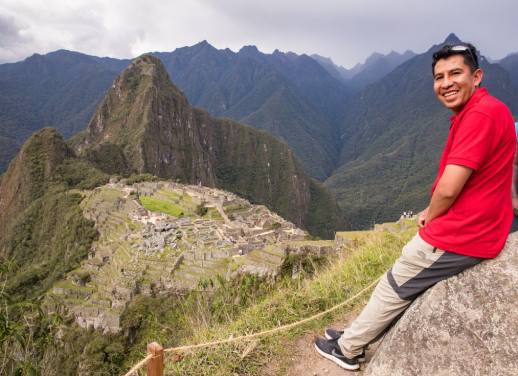 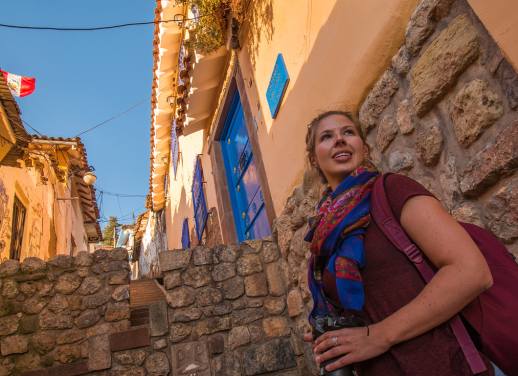 Everything you need to know from Intrepid’s 2021...

Intrepid Women’s Expeditions are back and better than...