Home » What visiting Gallipoli meant to me, a young Aussie traveller
Features

What visiting Gallipoli meant to me, a young Aussie traveller 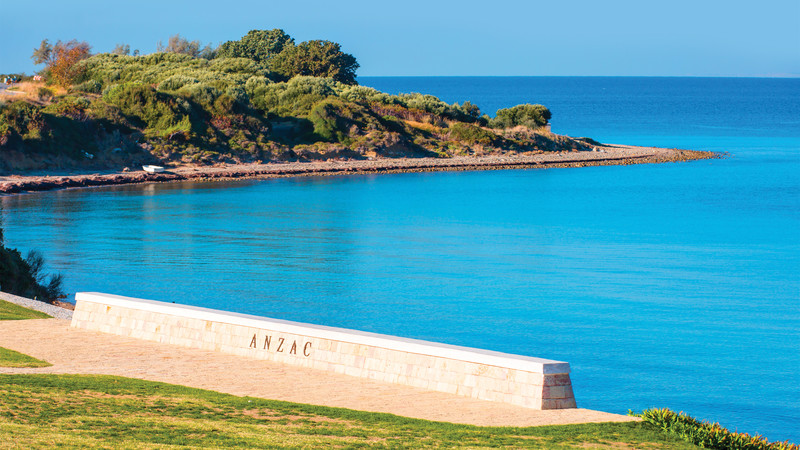 As we stepped off the bus, the smell of salty ocean hit my nose. In all my research about Gallipoli and the conflicts of World War I, I had forgotten that such a significant battle unfolded on a stretch of stunning Turkish coastline.

Our minds associate war with barren desert or muddy trenches, but the Gallipoli campaign doesn’t fit this stereotype and when I finally laid eyes on the turquoise Aegean, there was a dissonance that I couldn’t shake.

How could such a beautiful place have hosted such atrocities?

It seemed impossible that almost 150,000 brave soldiers had lost their lives fighting on a shore as blue and beautiful as a beach resort. 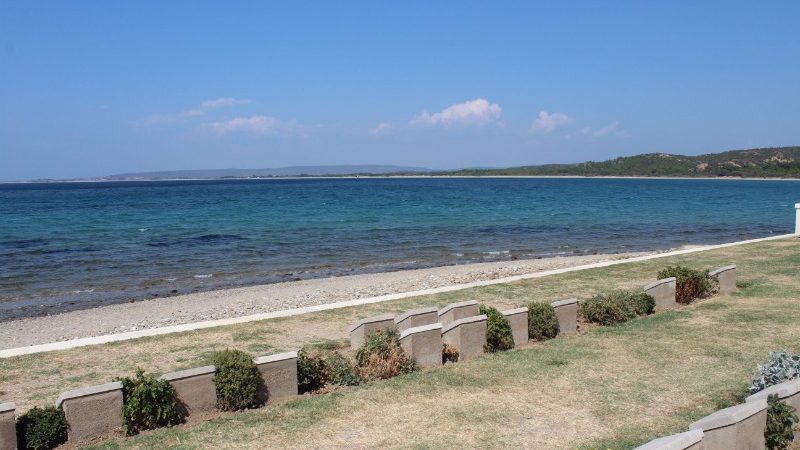 Like many Australians, I had grown up observing ANZAC day on the 25th of April. Every year, we’d pin bronze badges to our tops and head to our local dawn service to listen to the Ode to Remembrance be recited by veterans. But other than a basic familiarity with names like Gallipoli and Lone Pine, I had no real concept of what unfolded at the beginning of World War I.

VISIT TURKEY ON A SMALL GROUP TRIP WITH INTREPID

ANZAC day commemorates the anniversary of the first major military campaign fought by the Anzacs (Australian and New Zealand Army Corps) in World War I. When Britain declared war in 1914, Australia had been a federated country for little more than a decade. While many soldiers feared for their lives, entering the war as a part of the Commonwealth was Australia’s first chance to establish its nationhood and on the shores of western Turkey, the ANZAC legend was born. Today, those who have served in all wars and peacekeeping operations across history are remembered on ANZAC day for their courage and sacrifice.

The Gallipoli campaign was launched to gain control of the peninsula for the Allies, enabling navy access to the Dardanelles strait and ultimately, the capture of Turkey’s capital city (then Constantinople, now Istanbul). However, the reality of what unfolded was vastly different to expectations. The swift attack on Turkish forces they planned for was foiled by Ottoman resistance and the battle became a stalemate, dragging on for eight months and taking the lives of tens of thousands. 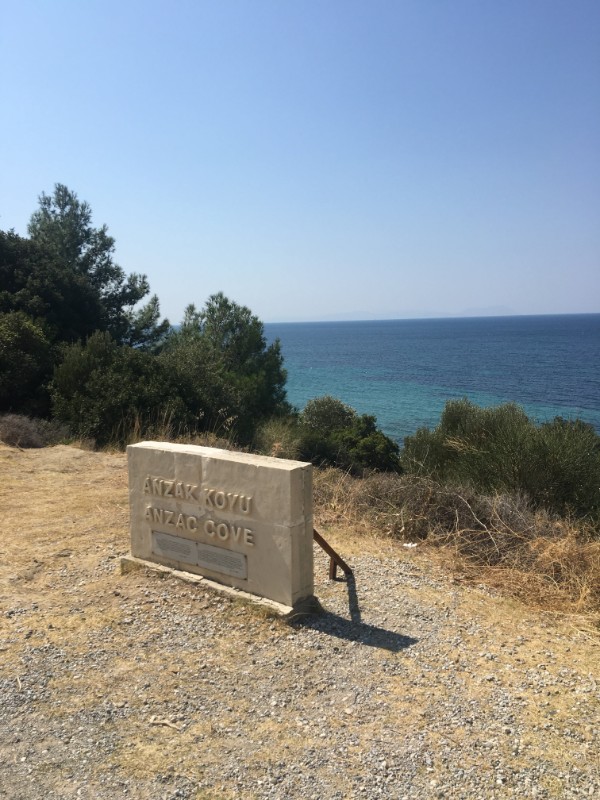 After reading the site map, we began the ANZAC loop, which encompasses several major locations involving Australian and New Zealand fighters. Along the way, there are information boards detailing various parts of the campaign, from its bloody beginning to its unfortunate end and the stories of heroism born from the chaos.

Each area has its own cemetery, where hundreds of modest gravestones sit by the shore, interspersed with native plants. Every stone bears the name of a fallen soldier, his age (if known) and a simple inscription by his family. I walked through the site, row by row, and paused to examine each one. My heart ached whenever I saw 18, 19 and 20 engraved; men younger than me who gave their lives to protect my country. Staring out to the sea, I imagined how things would have looked back in 1915. Ships upon ships. Dehydration and disease. Soaring temperatures in summer and bitter, snowy weather in winter. Now, I could see young people sunbathing, on a beach that had once seen the horrors of war.

Continuing our route, we paused at an enormous monument known as Arıburnu Sahil Anıtı, inscribed with words by Mustafa Kemal Atatürk. An army officer during Gallipoli, Atatürk is credited with founding modern Turkey from the remnants of the Ottoman empire. His words about Gallipoli – both haunting and beautiful – and message of camaraderie have been immortalised in the plaque. 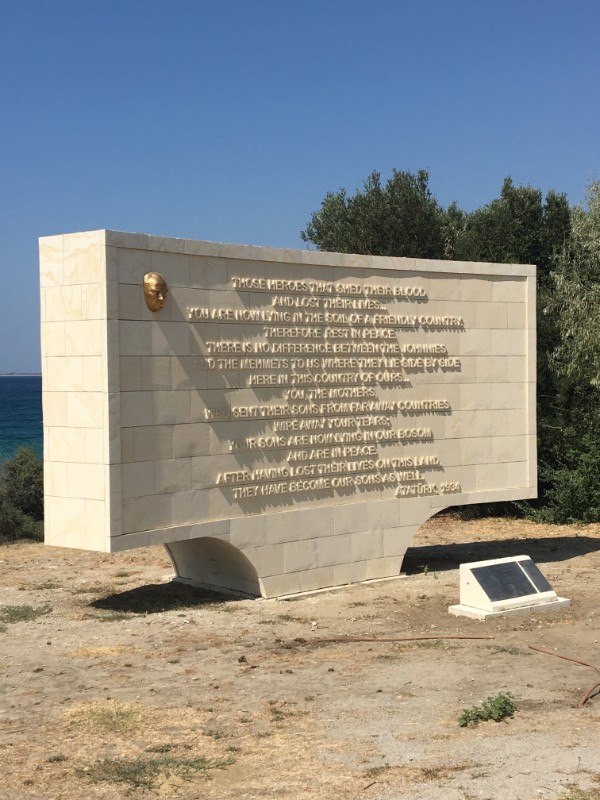 The last stop on our tour was Lone Pine. Back in 1915, much of the Gallipoli peninsula was cleared of flora to make way for Turkish trenches. On one particular hill, a single pine stood almost defiantly, giving the area its name. The tree became an important feature of the landscape and even inspired a song. Months into the campaign, a significant battle was fought at Lone Pine, killing thousands and ultimately destroying the famed tree. One soldier who lost his brother in battle gathered pine cones from the remains of the tree and sent them home to Australia. His mother successfully cultivated them and grew two seedlings; she planted one in the town her sons enlisted and gave the other to the war memorial in Canberra.

READ MORE: 4 MUST-VISIT DESTINATIONS IN TURKEY, ACCORDING TO A LOCAL LEADER

Following World War I, the Gallipoli peninsula was turned into a site of remembrance and a new pine tree was planted at Lone Pine. It wasn’t until years later that the Turkish government appealed for anyone with seeds from the original lone pine to come forward. Eventually, news reached Australia and seeds were sent to Turkey. Now, two tall pines stand in the Lone Pine cemetery: one built to commemorate the battle and another, descended from the original, to signify resilience and the ANZAC spirit. 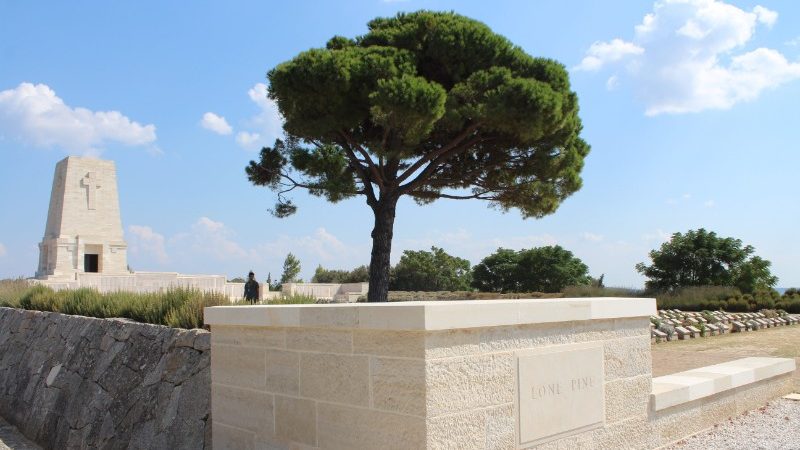 The joint cemetery and memorial at Lone Pine is the main ANZAC commemoration site in Gallipoli. It honours both the Australian and New Zealand troops who died in the campaign with no known grave and those who rest at sea. The site is truly moving, with rows of humble gravestones set in front of a large limestone memorial, engraved with the names of men who perished and were never found.

Gallipoli is a place I’ve always felt compelled to visit. It has seen unspeakable tragedy, valour and mateship, yet it bears no resemblance to a typical warzone. And while people around the world still remember those lost in the Great War, the only sign of Gallipoli’s troubled past are the moving memorials. Time is indeed the greatest healer.

Hero image by muratart via Shutterstock.