Travelling to Chile? Here’s the best time to go 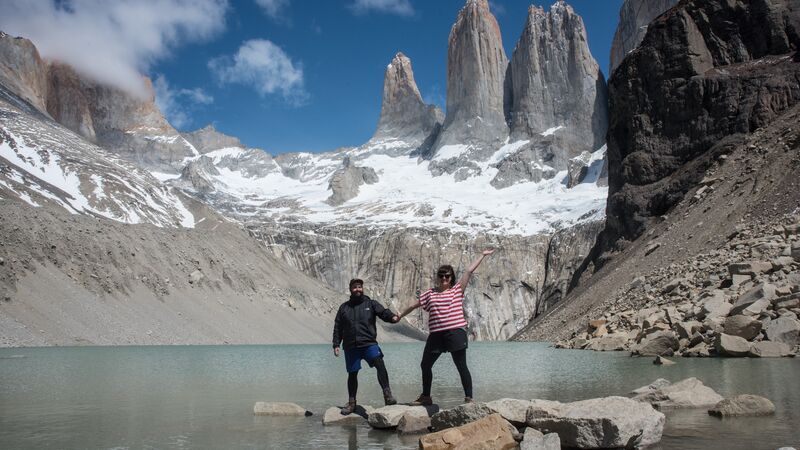 Planning a trip to Chile? Firstly, congratulations – you have bueno taste in travel destinations. Secondly, it’s normal to be feeling a little overwhelmed right now. I mean, Chile has got everything. There are almost too many geysers to see, trails to trek and wines to drink. But don’t worry, we’re going to break things down for you, dear traveller.

To start, how about we divvy this extra long country up (FYI Chile is over 4000 kilometres in length but only 170 kilometres wide east to west) into three key areas: Santiago and Valparaiso; Chilean Patagonia; and San Pedro de Atacama and the salt flats.

We’re doing this because Chile is a lanky land of extremes. One day you might be staring down the belly of a volcano and the next you’re hiking the mythical Andes ranges. You might begin your adventure stargazing in the north, only to be drinking world class Malbec by trip’s end.

But that’s exactly what makes Chile an adventure wonderland. Because no matter the time of year, there’s an experience out there guaranteed to keep your travel fire stoked. So, let’s talk Chilean weather patterns, peak seasons and where to get the best mate  in town. 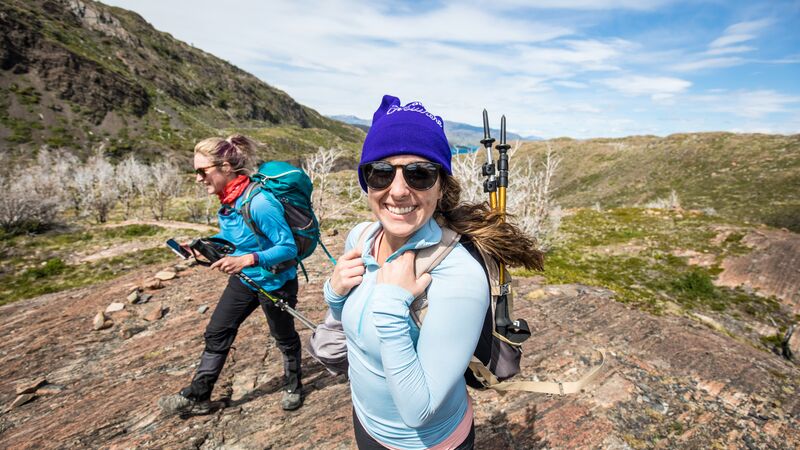 Chilean Patagonia may be staggeringly beautiful but it’s also a fickle beast, and travel to this region during its winter months is likely to feature world record winds (they can get up to 120 km/h) and negative zero nights. 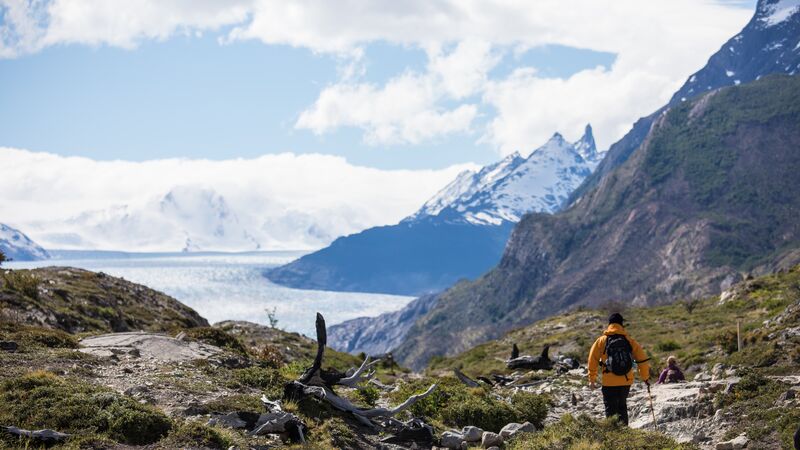 But even if you’re Shackleton incarnate and you wish to brave the Patagonian steppe at its most wild (perhaps spotting a puma or two), be warned that many of the key attractions close over winter and much of Southern Patagonia empties out.

That’s why summertime is your best bet, especially if you’re keen on horseback riding and hiking. Sure, travel during peak season will inevitably involve bigger crowds, but dealing with a couple of extra hikers on the trails will be worth it to see Torres del Paine in all its glory. Not to mention the light at sunrise and sunset will be perfection (thank me later, photographers). 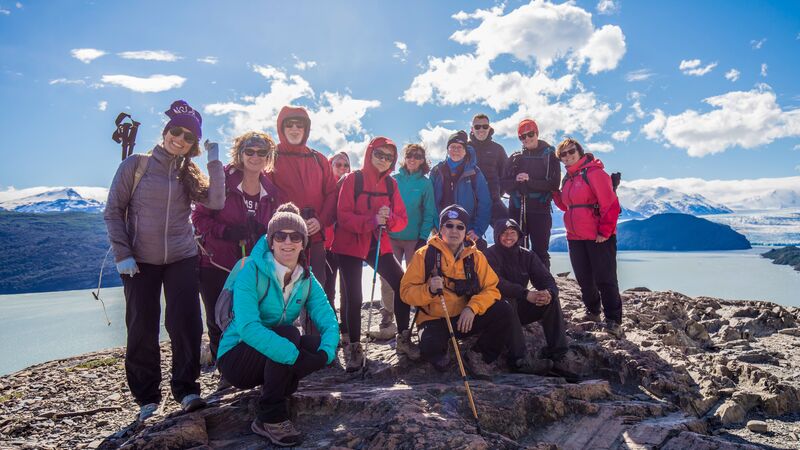 RELATED: WHAT IT’S REALLY LIKE EXPLORING PATAGONIA ON A GROUP TOUR

The Spring (September, October, November) and Autumn (March, April, May) shoulder seasons see fewer crowds and relatively mild temperatures, but I would still recommend packing one (or two) of everything. Patagonia is completely unpredictable and you can expect rain, hail and shine all in the same day – sometimes all at once. San Pedro de Atacama lays at the heart of some of northern Chile’s most dramatic landscapes. Bordered by bubbling geysers, a ring of volcanoes and those magical salt flats, it’s a bona fide oasis town. It also happens to be one of the driest regions in the world; in fact, some parts haven’t seen rainfall in over 400 years. So if you’re looking to escape the wet, you’re in the clear. Literally. 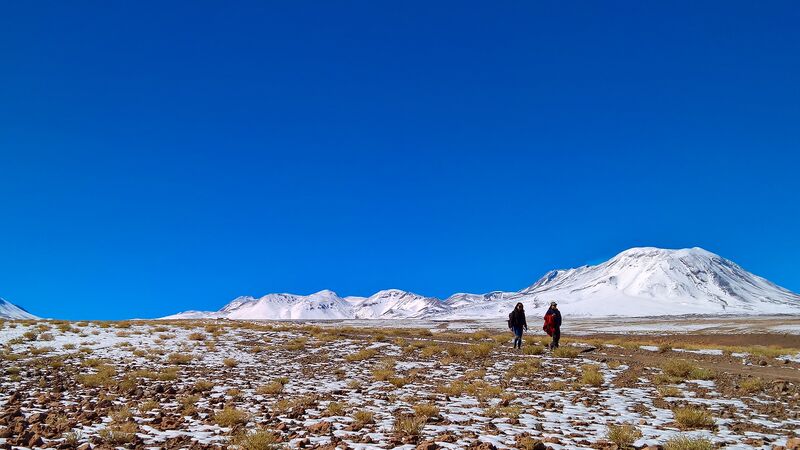 Daily temperatures are pretty stable all year round (sitting at the mid to low 20s), the only difference between seasons is the chill factor at night. If you’re visiting in winter, expect below zero evenings. That said, winter in the Atacama is delightfully dry so if you’ve got yourself a first-class sleeping bag and don’t mind a little frost, this is a spectacular time of year to see the desert plains bloom with over 200 species of flowers. So like, not all bad. Pretty enticing for florists, I would imagine. 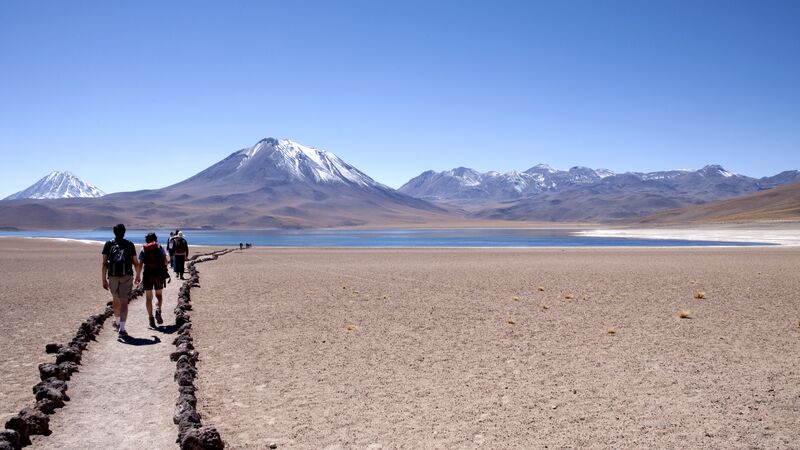 High season in the Atacama means super comfortable temperatures (we’re talking daily highs of 24 and nights of five degrees). If you’re in town for the skygazing, summer is the season for you. The night sky during these months are crystal clear, so you can lay your head down on the dusty desert floor and get lost in the milky way. Also, sunrise at El Tatio geyser is best this time of year, when you can see the white steam columns billowing into the morning sky. Dreamy. 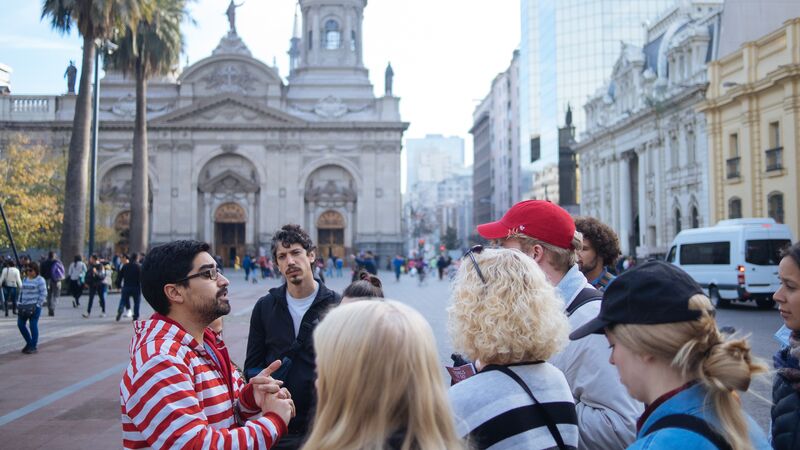 Santiago (Chile’s capital) and Valparaiso (the port city) are all about indulgence. Culture? Check. Nightlife? Double check. Good food and wine? More than you can imagine, little adventurer. Whether you’re shopping the Avenida Vitacura, swimming the Playa Canelo, or stuffing your face with seafood at Mercado Central, this region is muy bien all year-round – it just depends what you’re after.

EXPLORE SANTIAGO ON ANY OF THESE SMALL GROUP ADVENTURES NOW

If you’re into snow sports, Chile has some of the most ridiculously good looking slopes in South America. Imagine a ski field set against an Andean backdrop, just two hours from the ocean. If that gets you dusting off your board then I would consider hitting up the capital over winter (June to August).

RELATED: SANTIAGO IS SO MUCH MORE THAN A STOPOVER CITY. HERE’S WHY.

Otherwise March and April have got to be some of the most beautiful times of year in and around Santiago. The autumnal leaves are turning, the wine festivals are in full swing and you can tour the winelands during harvest. Valleys and vineyards and wine, oh my! 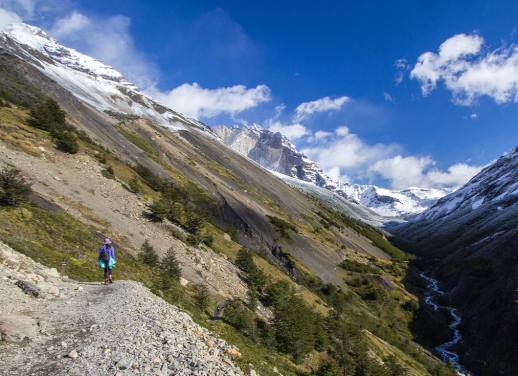 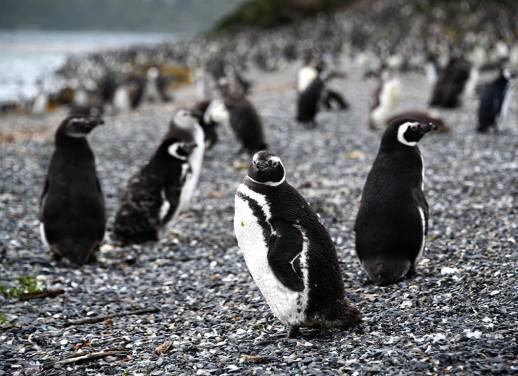 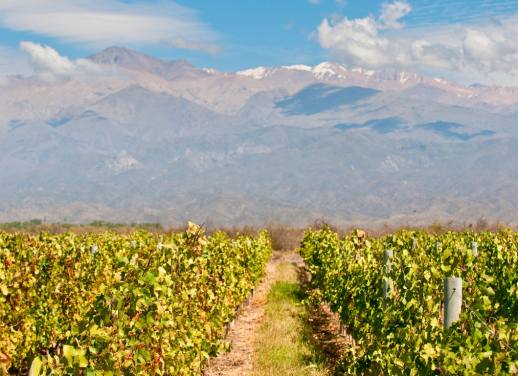 Meet the husband-and-wife team behind our Mongolia Naadam...

That very nice. I hear before it’s a beautiful country to visit. Moreover I read something in other tourist information. The Chilean people is The most honest people in the world . What you may say about this? I believe that is beautiful. Thank for your report.