Home » To the moon and back: why you’ll love San Pedro de Atacama
Guides 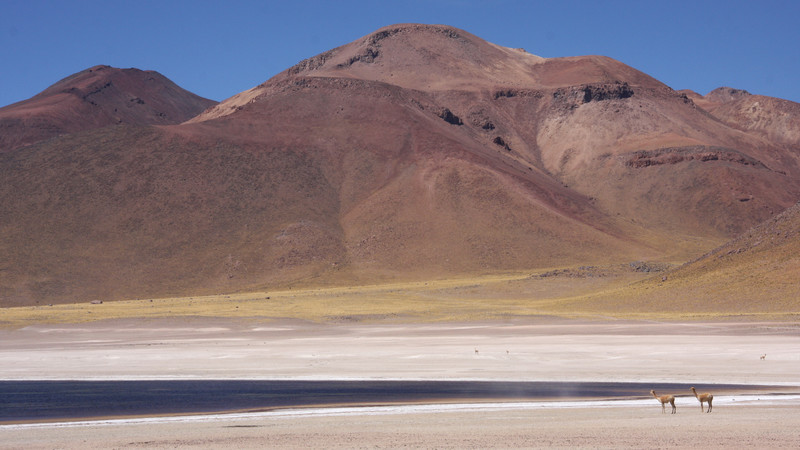 It’s unlikely you’ll ever walk the surface of Mars. However, find yourself in San Pedro de Atacama and you’ll realise there’s no need to leave earth for an other-worldly experience.

Of course, the popularity of this little village lies in its proximity to northern Chile’s most dramatic scenery. The Atacama Desert is vast and breathtaking. A volcanic expanse of sweltering geysers, epic salt flats, crimson lunar valleys, and the purest night skies you’re ever likely to see.

With its dusty streets and boho vibes, San Pedro itself hardly seems capable of entertaining the hoards of travellers that pass through every year. But dig a little deeper and you’ll find it’s more than just a gateway to adventure. From its chic accommodation and lip-smacking culinary scene, to its famed desert scenery; there’s enough going on to sustain you for weeks on end (if you’re not careful).

Making your way there 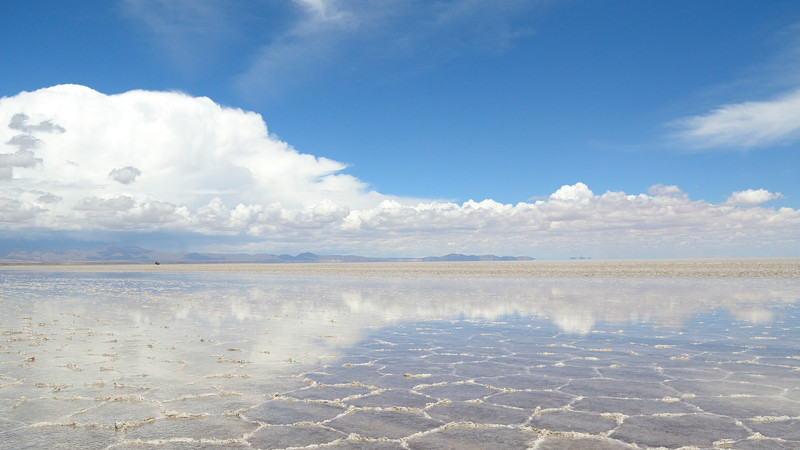 Already in Chile? The easiest way of getting to San Pedro is flying into the neighbouring city of Calama. From here, jump on a bus and you should arrive within two hours. Direct buses from Santiago to San Pedro are also available, though the journey takes around 20 hours. However, if you’ve been traipsing through South America for a while, you’ll be no stranger to those marathon overnighters. If you’re coming off a tour of Bolivia’s Salar de Uyuni, then you can easily arrange a transfer to San Pedro with your tour operator.

From dorms to domes 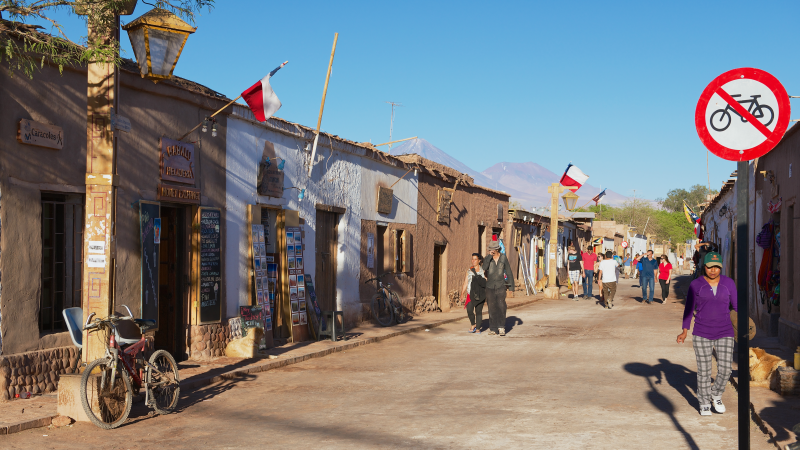 Like most travellers in South America, you’ll likely be on a budget. In this case, hostels are your best bet for accommodation. But if, like me, you’re willing to trade in sweaty dorms and temperamental showers for a few days of well-earned comfort, then San Pedro de Atacama is definitely the place to do it.

After slogging it out through Peru and Bolivia, San Pedro offers up its fair share of quality accommodation. At the higher end, you could go all out at the Tierra Atacama Hotel and Spa, but be warned the prices here are as astronomical as the surrounding landscape. For something a little more down to earth, I’d suggest booking an eco dome at the quirky Domos Los Abuelos.

Forget natural wonders. San Pedro de Atacama could hold its own simply as a foodie destination. And while tourism might have degraded the town’s charm to some extent over the years, it’s also given rise to a number of amazing restaurants and cafes.

For delicious Chilean food, pull up a seat at La Casona, La Estaka or Las Delicias de Carmen. While there are plenty of international places on the main stretch, keep an eye out for little restaurants on the edges of town that offer a menu del dia. For anywhere between $10 and $20, you’ll get en entrée, main, and dessert or drink. And it goes without saying – wherever you eat, order a pisco sour or two to wash it all down.

DISCOVER 3 MORE OF THE BEST DESTINATIONS IN CHILE 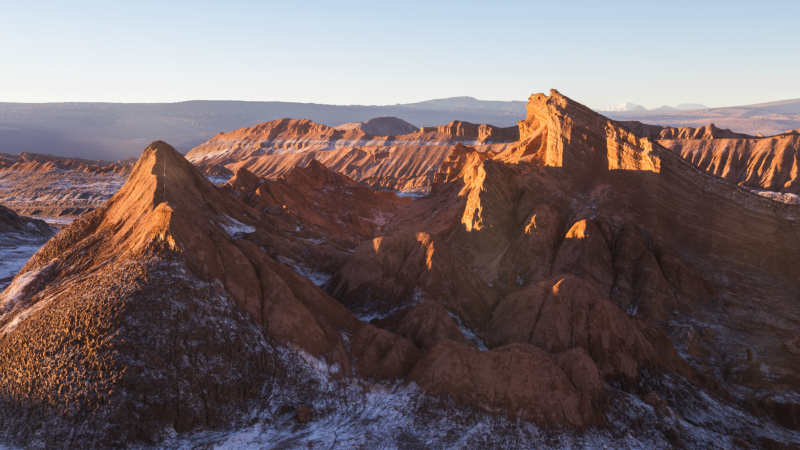 There’s no point talking up San Pedro de Atacama without gushing over Valle de la Luna (Valley of the Moon). Earning its name due to its moon-like resemblance, this crinkled and stark landscape of polychromatic rock and sand formations is totally unreal. Located 12 kilometres west of town, you can choose to navigate its trails with a tour group or rent a bike and do it yourself. Either way, don’t even think about leaving before catching the sunset over the valley.

When it comes to sunrises, book in an early morning tour to the El Tatio Geyser Field – a collection of steaming and spluttering pools 90 minutes out of town. Before heading back, make a pit stop at Chile’s largest salt flat, Salar de Atacama. While not as staggering as Bolivia’s Salar de Uyuni, it’s still a spectacular sight. If bird watching is more your thing, head to the Los Flamencos National Reserve to see bright pink flamingos roaming around the shores of Laguna Chaxa. In this area you’ll also find the impressive Miscanti and Miniques lagoons.

Sandboarding down 150-metre dunes might be a legitimate daytime activity in San Pedro, but what do the nights offer? With its high altitude and cloudless skies, the Atacama Desert is, quite literally, a stellar stargazing destination. So to see the planets, nebulae and distant galaxies in all their glory, sign up to a tour that visits South America’s largest public observatory, before telescope-hopping around the surrounding hills.

Uncover the magic of San Pedro de Atacama and Bolivia’s Salar de Uyuni on an adventure through Peru, Bolivia, Chile and Argentina. 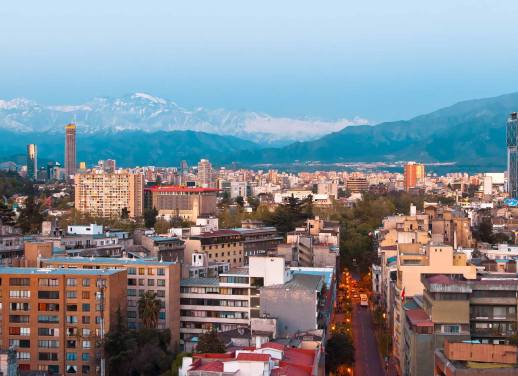 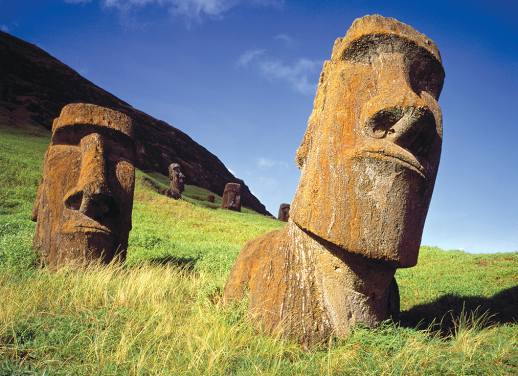 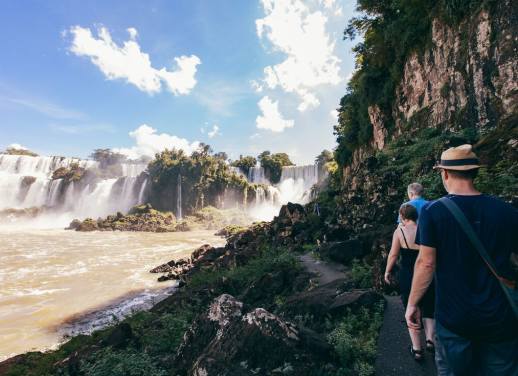