Home » North vs South: Which part of Morocco should you visit?
Guides

North vs South: Which part of Morocco should you visit? 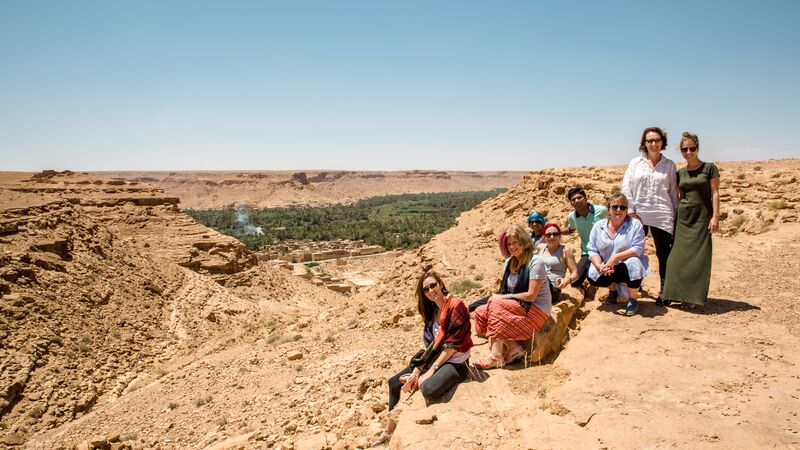 When most people think of Morocco, they think of lively souks and the Sahara Desert. That’s certainly all I really associated with Morocco before I visited for the first time.

But what most people don’t realize is that Morocco is much more than just those two things – it’s a diverse country with beaches and deserts and snow-capped mountains; with chaotic cities but also cozy farming villages and luxurious palaces.

Morocco is unlike anywhere else you’ve ever been, and after spending two weeks there on Intrepid Travel’s Morocco Uncovered trip, I realized that you could probably travel around Morocco for a month and still not see it all.

READ THIS TRAVELER’S REVIEW OF HER MOROCCO TRIP WITH INTREPID

If you don’t have a month to spend in Morocco, though (and, let’s be honest, most of us don’t!), my advice is to focus on just one part of it. And the easiest way to do this is to choose between the north and the south of the country. 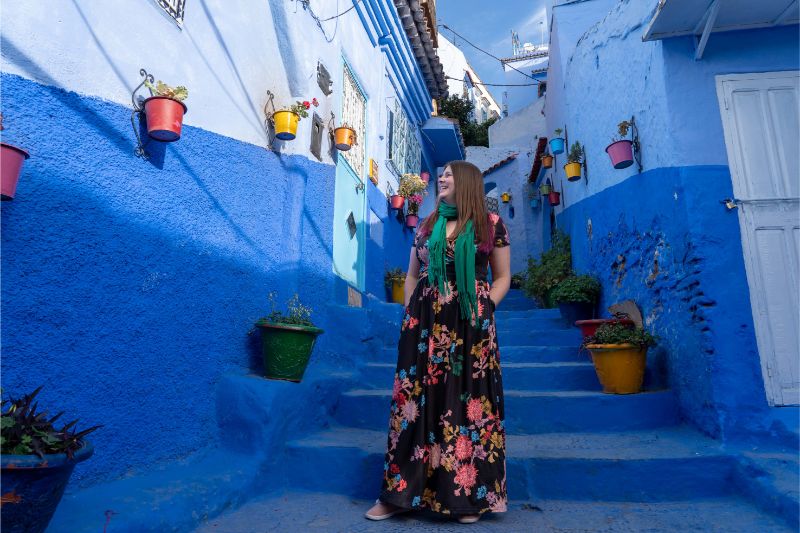 Beautiful Chefchaouen, in the north

Don’t have any idea what the differences between the north and south of Morocco are? Here’s a handy guide to make your trip planning easier:

Highlights in Northern Morocco include parts of the Atlantic and Mediterranean coasts, Roman ruins, the Rif Mountains, and several colorful and ancient medinas. The north of Morocco is likely greener than you’d imagine (they grow olives and even wine grapes!), and it’s home to most of the country’s imperial cities and the history that goes along with them.

Major stops in this part of the country include Casablanca, Rabat, Meknes, the ruins of Volubilis, Fes, and Chefchaouen.

How to know if North Morocco is right for you

A trip to northern Morocco might be for you if…

You want to visit a mosque in Morocco – Non-Muslims are not able to enter most mosques in Morocco. But there’s one you CAN visit as a tourist: the Hassan II Mosque in Casablanca. This large mosque is stunning, and you can take a tour inside to learn more about it. I appreciated this glimpse into religious life in Morocco. 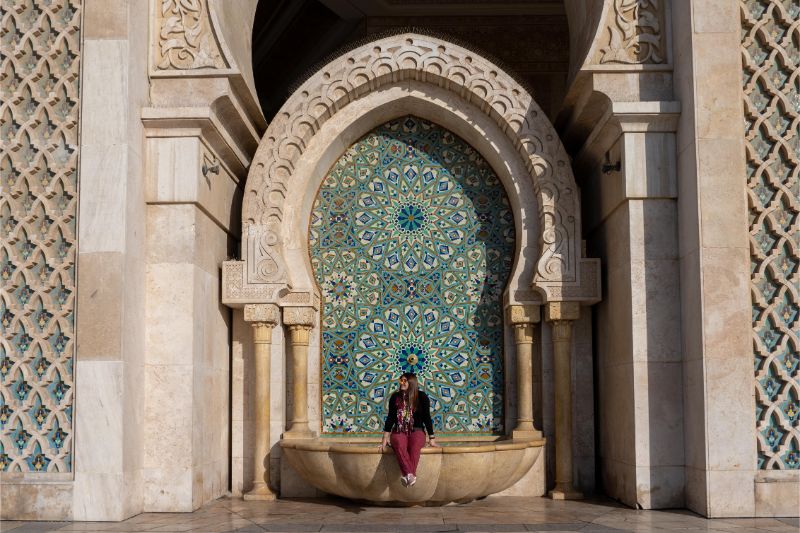 You really like history – Northern Morocco is home to three of the four historical capitals of Morocco: Fes, Meknes, and Rabat (which is the current capital). It’s also home to ancient Roman ruins at Volubilis, and five different UNESCO World Heritage sites. The medina in Fes (one of those UNESCO sites) is not only more than 1000 years old, but is also the largest medina in the world with more than 9,000 different streets and alleyways.

Chefchaouen is on your bucket list – When I was planning my own trip to Morocco, I knew that I wanted to visit Chefchaouen, the “Blue Pearl” tucked into the Rif Mountains. This town’s blue-washed medina is infinitely Instagrammable, and is actually even more beautiful in person. 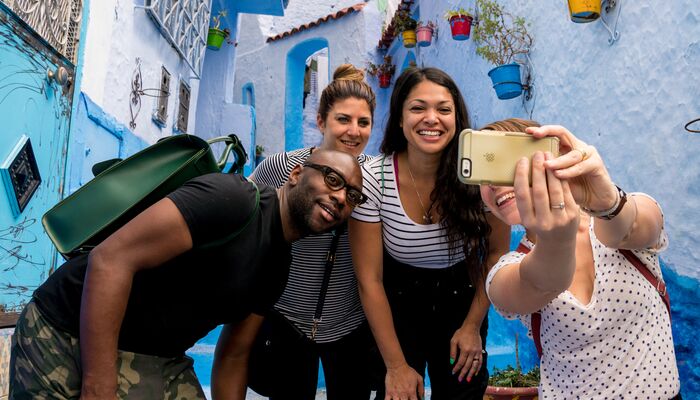 South Morocco is the Morocco you’ve probably envisioned: arid mountains and seas of sand dunes and ancient kasbahs that look like giant sandcastles. This is the part of the country where you can spend a night in the Sahara Desert, get to know Berber culture, and trace the paths of the old caravan routes.

Major points of interest in this part of Morocco include Marrakech, Ait-Ben-Haddou, the Sahara Desert, the Atlas Mountains, and the coastal town of Essaouira.

How to know if South Morocco is right for you

A trip to southern Morocco might be for you if…

You dream of riding a camel into the desert – I’m going to be honest with you: riding a camel is so much more awkward than it looks! But it’s an experience that’s worth having, especially when your camel ride ends at a comfortable camp deep within the dunes. My overnight trip to the Sahara Desert was one of the highlights of my time in Morocco! 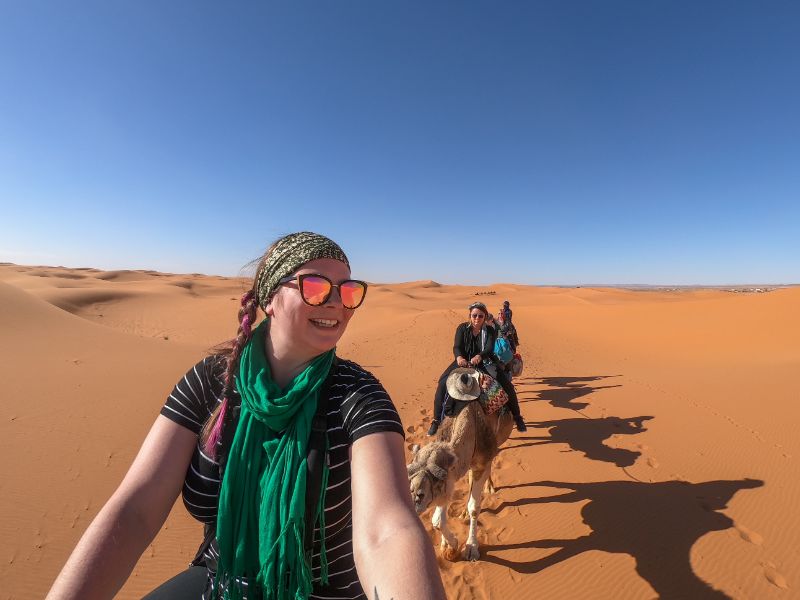 You want to feel like you’ve walked onto a movie set – There’s a town in southern Morocco that’s been dubbed “Mollywood” due to the amount of films and TV shows that have been shot there over the years. This is the part of Morocco where you’ll find ancient fortified cities and mud brick kasbahs, some of which have been used in films like “Lawrence of Arabia” and “The Mummy,” and TV shows like “Game of Thrones.”

You want to explore the High Atlas Mountains – In order to get to the desert in Morocco, you first have to cross the mountains. The High Atlas Mountains are home to golden gorges and traditional Berber villages. This is a great place to go for a hike, or get a glimpse of how local people live. My time spent in the Rose Valley on my Morocco Uncovered tour was another trip highlight. We stayed in a local guesthouse and went on a morning walk through fields of local crops that sit at the base of pink mountains. 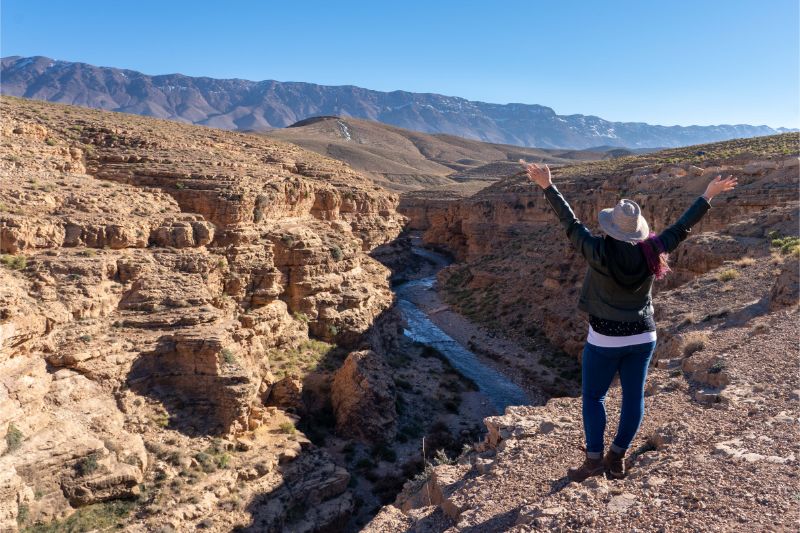 As you can probably see, you can’t really go wrong no matter which part of Morocco you visit. There are history-filled cities and stunning landscapes all over the country. It all comes down to which spots speak to you the most as a traveler.

If you’re like me and can’t possibly choose between the two, I’d tell you to see both the north AND south. This is what I did on my first trip to Morocco with Intrepid Travel and I loved all of it!

Want to read more about Morocco travel? Check out these useful blog posts: 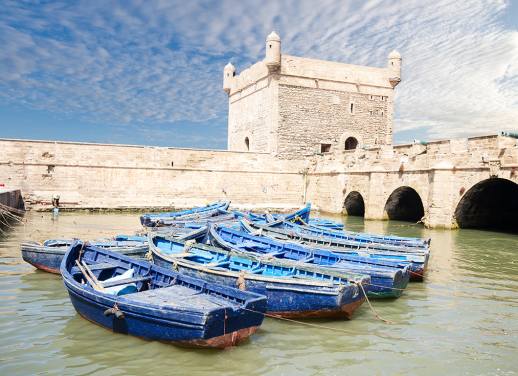 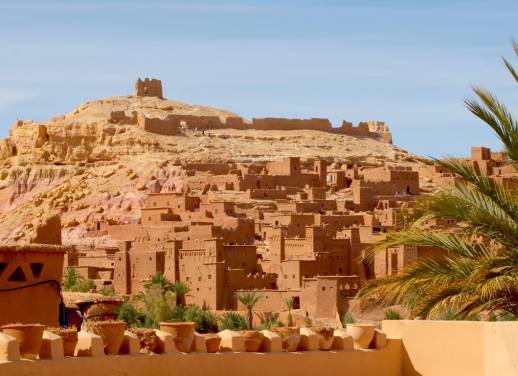