Home » 7 new destinations to explore with Intrepid in 2018
Features 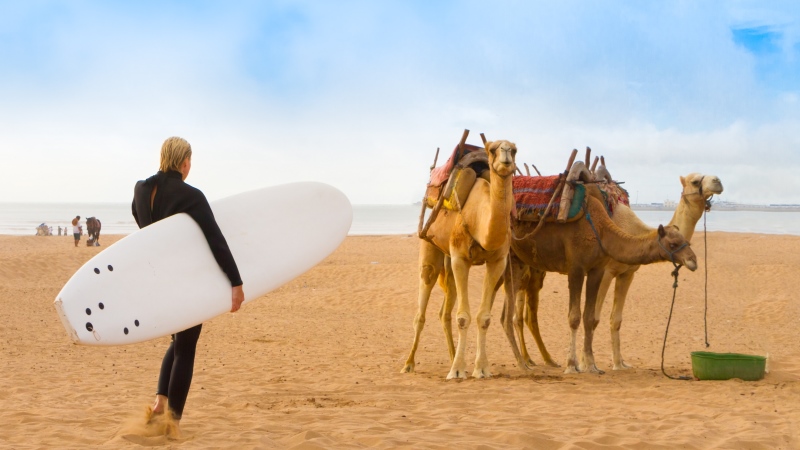 As much as it seems that brag-worthy travel stories dominate everyone’s dinner party conversations (you know, besides politics and dating sagas), there’s still a lot of world out there to discover.

Even us – a nearly 30-year-old travel company with over 1,000 itineraries – are still finding new corners of the globe to get excited about. And in honor of our range of new trips for 2018, we’ve decided to share a few of them. Yes, we’re here to shake up your bucket list and give you some different destinations to consider. After all, we’re all about spreading the benefits of tourism done right (and our love of travel) to lesser-known gems. Especially when they’re as cool and wide-ranging as rugged Mediterranean islands, colorful Chilean cities, and awe-inspiring Finnish landscapes.

Here’s a list of 7 noteworthy destinations we’ve never been before. We hope you’ll love them as much as we do. 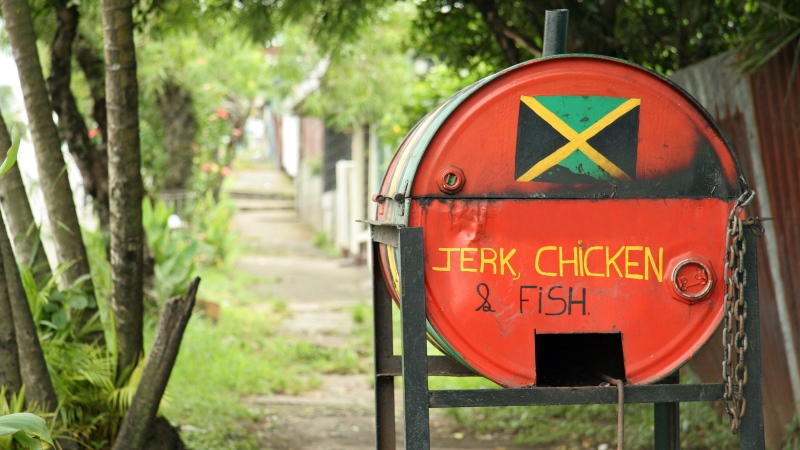 The ‘real’ Jamaica has so oft been overshadowed by stuffy all-inclusives and kitschy pop culture references (Cool Runnings, anyone?) that it’s a shame some don’t get to know this Caribbean gem in all its authentic glory. It’s packed with natural wonders, artistic culture and food so good you may start hoarding jerk sauce in your fridge when you get home. That’s why we’re thrilled to have a dedicated Jamaica tour launching in 2018.

On our new 8-day Best of Jamaica trip, you’ll get immersed in Jamaican culture – visiting a Rastafari Village and enjoying a delicious cooking class – and take in breathtaking natural beauty at Seven Mile Beach and Glistening Waters Luminous Lagoon (an incredibly cool bioluminescent lake the glows a brilliant blue, no joke). And if you’re worried you may let an unsavory “hey, mon” slip in conversation, a crash course in Jamaican Patois will bring you up to speed.

READ MORE: 10 OF THE COOLEST THINGS TO DO IN JAMAICA 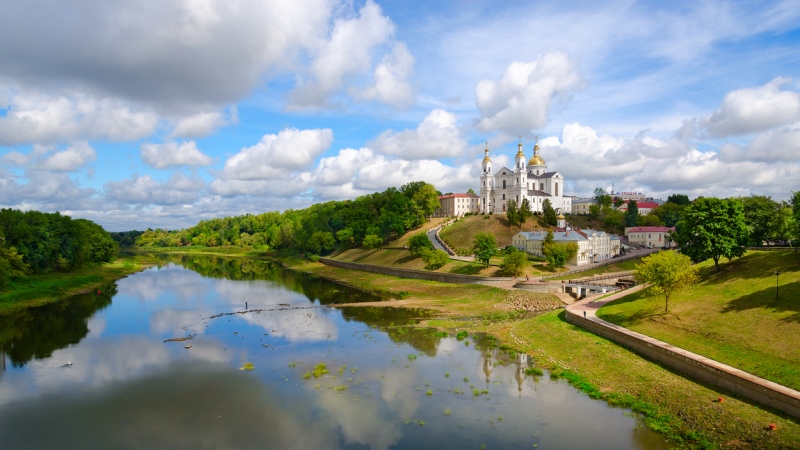 Tucked in the middle of the former Soviet Bloc, Belarus is the shy neighbor of Russia, Ukraine, Poland and the Baltics – where Soviet, Polish, Orthodox and Jewish influences meet. Though it experienced a turbulent past, including bombings in World War II and Cold War-era Soviet control, it’s a modern country that offers unspoiled national parks, architectural treasures, and a delicious European-fusion cuisine. Still shrouded in mystery, Belarus needs to be visited to be understood.

On our new 11-day Highlights of Belarus tour, you’ll get acquainted with the country’s unique cities, such as Minsk and Brest, and enjoy the country’s scenic nature at Belovezhskaya Pushcha National Park and Berezina Biosphere Reserve. Oh, and did we mention you’ll spend a night in a castle? 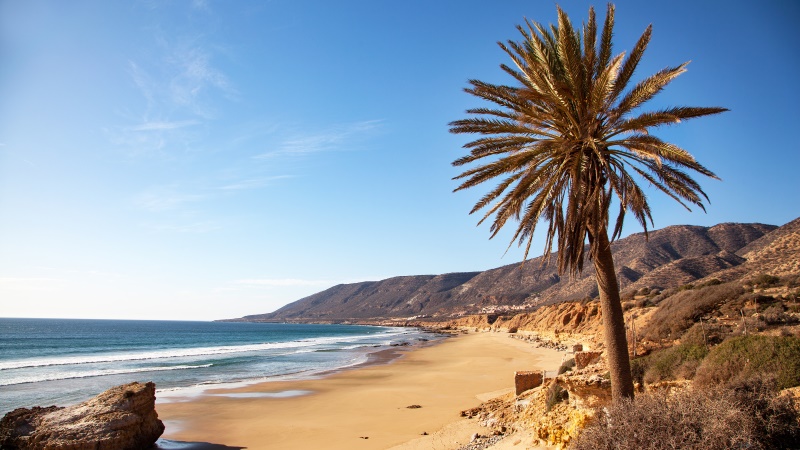 A quiet beach near Taghazout

It’s no surprise that Morocco is one of our most popular destinations. Sprawling Saharan sands, bustling souks, pastel-hued cities – it’s definitely a charmer. And one Moroccan destination we can’t wait to finally be traveling to in 2018: Taghazout. Located in southwest Morocco, Taghazout is a fishing village that’s also considered the country’s premier surfing destination.

But don’t let its beachy appearance and blissed-out vibe fool you, its Berber culture, camels and Argan oil products prove it’s still distinctly Moroccan. We head to Taghazout on our new 8-day Morocco tour. So, get ready to surf (lesson included), pop by one of the town’s many sleepy cafes, and unwind with a yoga session.

SURFING IN TAGHAZOUT IS ONE OF INTREPID’S TOP 10 MOROCCO EXPERIENCES; CHECK OUT THE OTHERS 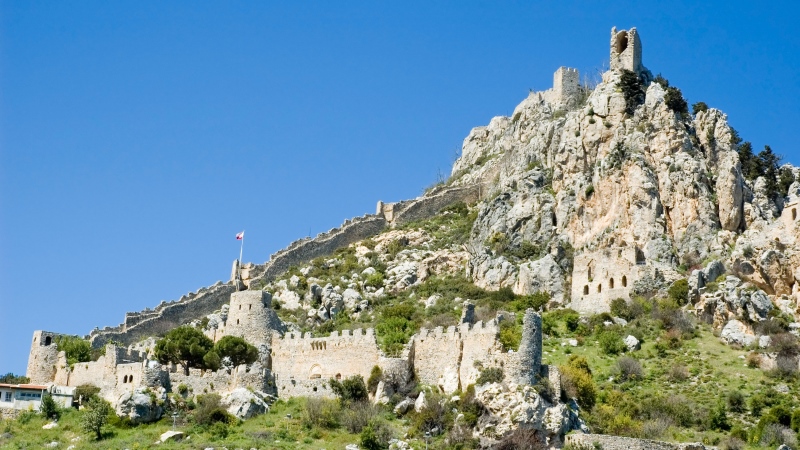 Considered one the Mediterranean’s last frontiers for holiday destinations, Cyprus is a small island nation with a lot of tricks up its sleeve – Girne’s lively nightlife enjoyed nearby a Venetian castle, wild donkeys frolic near Karpaz’s pristine stretches of beach and opulent mosques juxtapose modern skyscrapers in Lefkosa (‘Nicosia’ to the Greeks).

It’s a sunny – 320 sunny days per years to be exact – culturally-rich country that’s also a historic treasure trove. And that’s exactly why we’ve added Northern Cyprus to our ever-growing portfolio of destinations. On our 8-day Northern Cyprus tour, you’ll tick off the must-dos, but also have memorable local interactions, such as spending the evening in a log cabin near a traditional Cypriot Village and learning to make bread and cheese. Who’s in? 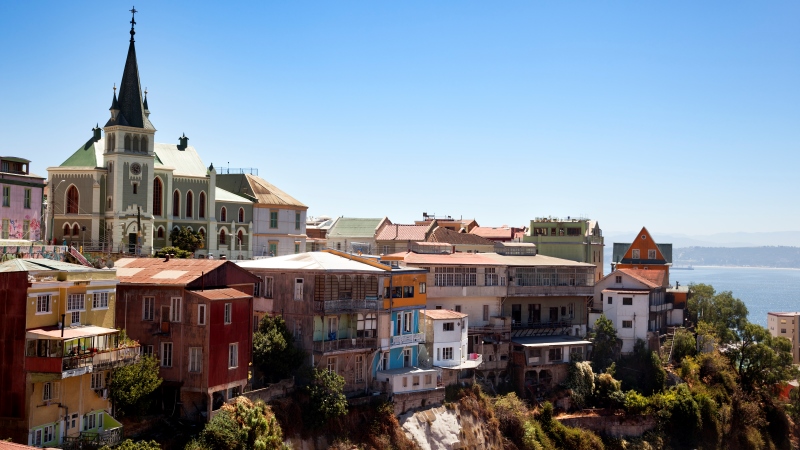 One of Valparaíso’s many colorful streets

Chile is South America’s longest country, and perhaps one of its most underrated (want proof? check out these destinations). While many flock south for a quintessential Patagonia adventure, the rest of the country is deserving of some of the spotlight – Valparaíso in particular. This colorful coastal city is known for its thriving art scene, bohemian culture and vibrant nightlife. Just to give you some context, it’s where famous poet, Pablo Neruda, drew much of his inspiration (pretty impressive, right?).

We were inspired too, which is why we’re adding Valparaíso to our new 8-day Best of Chile trip. You’ll wander the city’s winding boulevards, watch sailors arrive at their boats at Muelle Prat (Prat Dock) and maybe even try the country’s best empanada at Le Pato. Spoiler alert: it’s delicious.

READ MORE: A GUIDE TO VALPARAISO, CHILE’S CITY OF ARTISTS 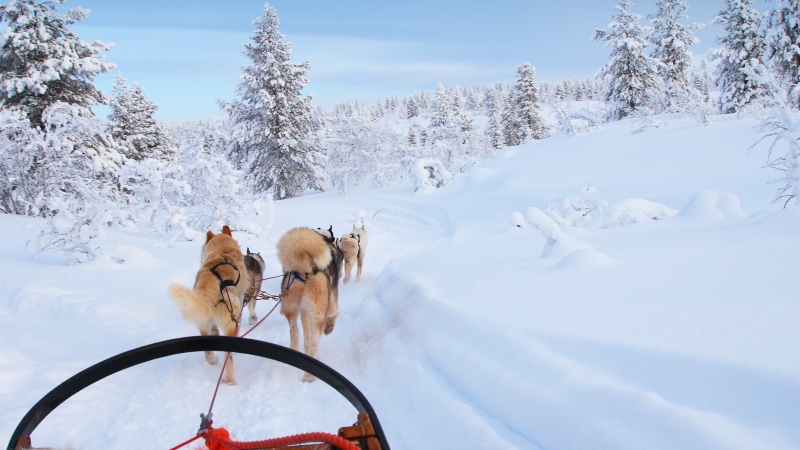 It isn’t easy being grouped with fellow Scandinavian cool kids like Iceland and Sweden, but Finland is showing its muscle as a year-round destination. And not just for Helsinki (though we love it too). Finland’s northernmost region, called Lapland, is the ultimate place to travel in the winter. It’s effortlessly epitomizes ‘winter wonderland’ with its snow-dusted woodlands, roaming reindeer and pristine peaks.

On our 8-day Finnish Lapland tour, you can tick of the must-do winter activities, like dog sledding, snow-shoeing and ice fishing. You’ll visit a traditional Sami family and meet their beautiful reindeer. And one of the highlights? Watching the magical display of the Northern Lights (if Mother Nature agrees, of course).

READ MORE: 5 REASONS FINNISH LAPLAND SHOULD BE ON YOUR BUCKET LIST 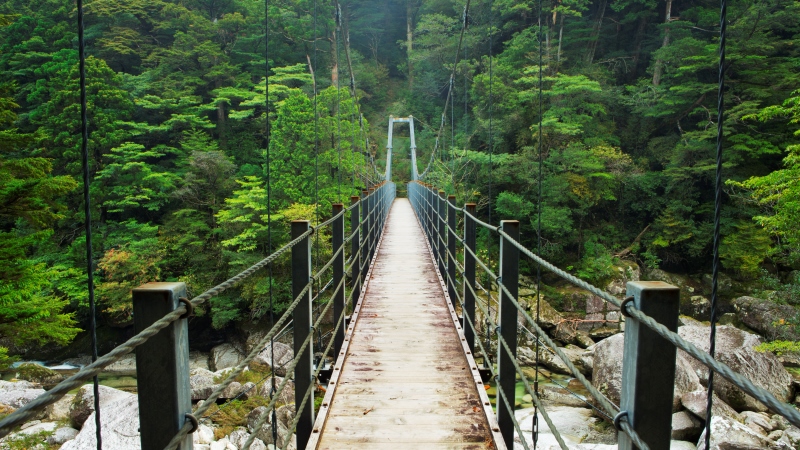 A rainforest bridge in Yakushima Island

Ok, ok, Japan is by no means a new destination for us. But this country is so adored it deserves to be explored in its entirety – that’s why we’re heading further south in 2018. Southern Japan offers traditional Japanese experiences, like experiencing Osaka’s food scene and Matsuyama’s Dogo Onsen, but also offers a unique mix of art, history and nature. So we thought it best to add a dedicated Southern Japan tour to the mix next year.

On this 12-day itinerary, you’ll island hop Shikoku, Naoshima, Kyushu and Yakushima Islands round-trip from Osaka. You’ll experience Naoshima’s world class art, solemnly take in the remnants of World War II in Nagasaki, and trek through Yakushima’s lush forests. What a wondrous part of the world.

Can’t decide which adventure you want to have next? Check out our wide range of new 2018 small group adventures. 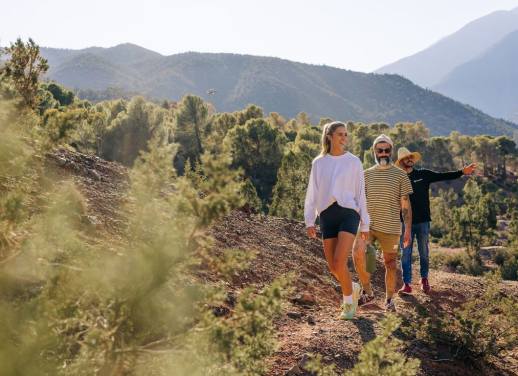