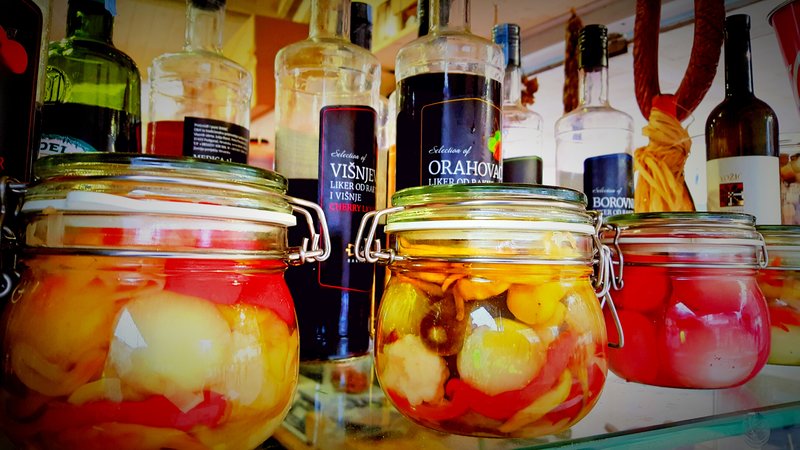 In the heart of Zagreb, residents weave in and out of stalls, jostling for position as they pick up a day’s supply of locally grown veggies, freshly baked pastries, meats and cheeses at the historic Dolac Market. As part of Urban Adventures’ brand new Made In Croatia tour, we join the locals and head straight to our first destination to devour cheese.

I’m handed a freshly cut slice of pag cheese (paški sir) and savour every bite of the salty, nutty, earthy flavour. If left alone, I might gobble down the entire wheel of the cheese that’s only produced on the island of Pag on the Dalmatian Coast.

“It tastes like the land,” the woman behind the counter notes as I lick every last morsel from my fingers. The specific one I taste comes from a family operation that’s been producing pag, as well as several cow’s milk varieties, for four generations using traditional methods.

Indeed, Croatia excels at locally produced food that best exemplifies what the French call terroir, or the concept that the land (and sea) impart flavour and characteristics on livestock and food that can’t be reproduced anywhere else. 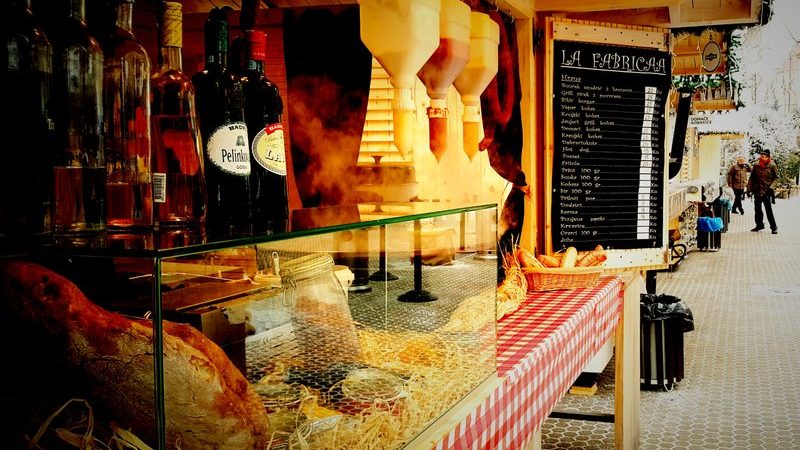 In the case of pag cheese, it’s the wild herbs that flourish on the otherwise barren land, and the Bura winds blowing salt from the sea onto the rocky pastures, which the native breed of sheep lap up. There are other food and beverages, too, which you can only taste in Croatia thanks to its range of microclimates and historical influences.

“We don’t have just one iconic food. Zagreb features the best cuisines from Central Europe and the Mediterranean,” our guide, Max, explains as we crisscross the city in search of the most authentic flavours.

RELATED: 10 REASONS WHY ZAGREB SHOULD BE YOUR NEXT EUROPEAN CITY BREAK

A meal in Zagreb tastes like an adventure across varied landscapes and multiple empires. It’s not just the earth, but history, too, that’s created today’s sought-after Croatian food. The Venetians, Romans, Austrians, Hungarians and Ottomans all had close ties to the city and those influences are apparent in meals today, from burek (savoury pastry stuffed with cheese or meat) joints to high-end bistros serving up truffle-scented pasta.

In addition to the cheese, which has won dozens of international accolades, including a gold medal at the legendary Global Cheese Awards in Britain, save room to sample the country’s other specialties. 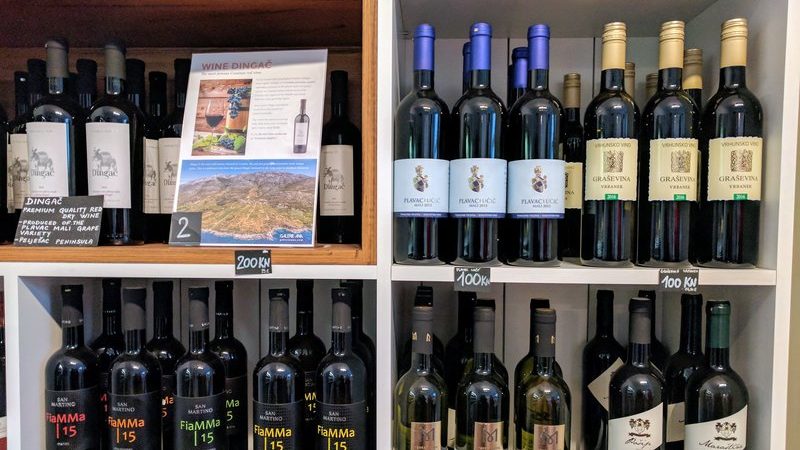 If you’ve never tasted Croatian wine, prepare to be pleasantly surprised. Winemaking in Croatia dates back 2,500 years, and today there are more than 800 wineries and 150 varieties. While Croatia is a haven for wine lovers, you’ll need to visit to get a true taste of the good stuff. That’s because only about 10% is exported. Wine production remains a family business in Croatia, and 85% of vineyards are boutique operations handcrafting limited quantities each year.

Among the most popular across the country is plavac mali, a bold red from southern Dalmatia known for its rich flavours and notes of cherry and blackberry. For a dry white, malvazija can’t be beaten. The grapes, grown in the Istria region, carry a citrus aroma with traces of white pepper and dried grass reminiscent of sauvignon blanc. Pošip is an earthier white produced from grapes grown almost exclusively on the island of Korčula, and holds up to stronger dishes than your average white. 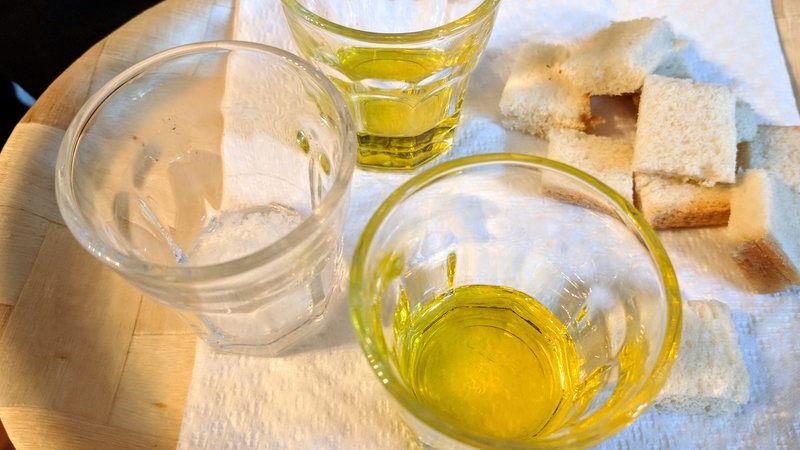 The average gastro-tourist might assume all the world’s best olive oil comes from Italy or Spain, but Croatia has been winning an increasing number of awards for the prized oil made from olives harvested on the Adriatic coast. The fruits, especially those grown in Istria, are largely hand-picked (as opposed to using machine methods). They are pulverised at their peak, resulting in extra-virgin varieties that pack a peppery, citrusy and sometimes nutty flavor. Save the high-end oils for drizzling on salads, cheese and fish.

RELATED: CROATIA IN ONE WEEK – THE ULTIMATE GUIDE 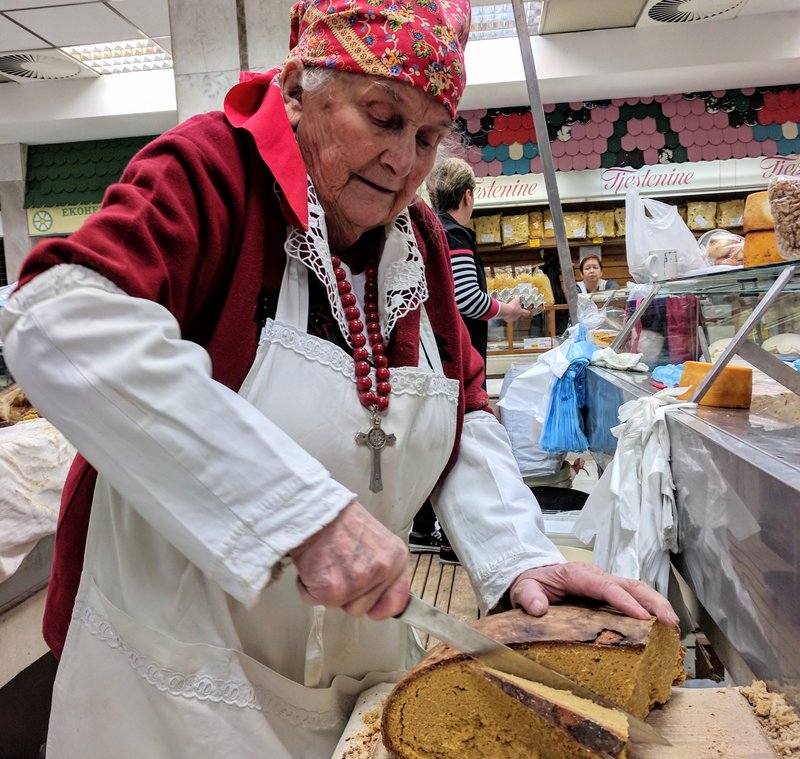 To taste a Zagreb specialty, arrive at the market early. There are only a few women who continue to bake a traditional style of yeast-raised cornbread, and the loaves sell out before midday. It boasts a crusty exterior and a dense yet soft interior packed with the flavour of fresh corn. One of the kumica (market women) is a feisty septuagenarian who has been selling the labour-intensive bread at Dolac since she was 19. 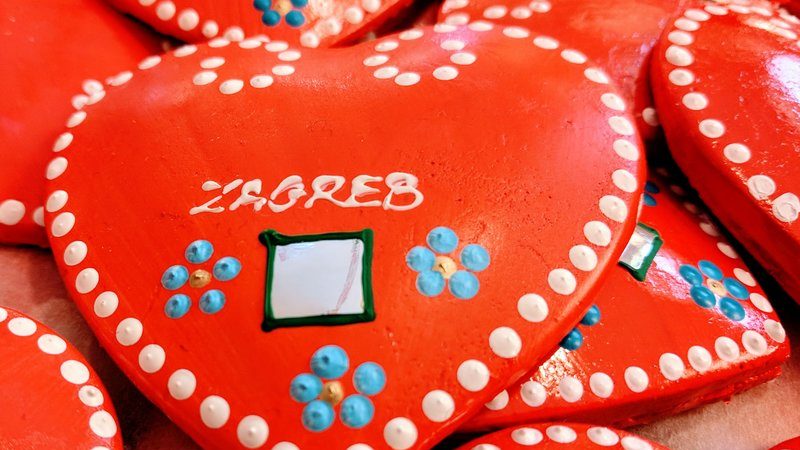 The licitar, a gingerbread biscuit shaped like a heart, has been used as a sign of affection in and around Zagreb for centuries. Traditionally sold at church fairs, men gave the women they admired the confection. A small mirror was affixed to the front, and the gift-giver would tell the recipient, “Look into my heart to see who I love.” Today, the heart is the symbol of the city, and visitors can pick up the customised gift handcrafted by artisans who decorate the souvenir while you shop.

Ready to get stuck into Croatia’s delicious cuisines? Jump on an Urban Adventures brand new Made in Croatia tour and sample truffles, cheeses, Štrukli, rakija, gemišt and more!

Quite simply, the Best. Day. Ever.