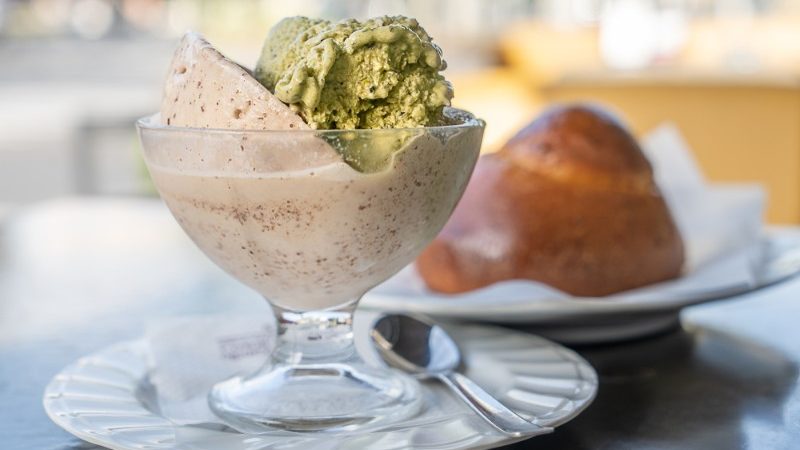 If there’s one thing everyone knows about Italian culture, it’s the food. No matter where you go around the world, no matter the continent or country, you will inevitably find some version of pizza, pasta and espresso.

Of course, being an ancient country with a diverse population, there is no one true source of authentic Italian cuisine. In fact, each of the country’s regions are known simply by their specialties, such as risotto from Lombard, pasta carbonara from Rome, or traditional pizza from Naples.

And then, dominating southern Italy’s food for over 2,000 years, there’s Sicilian cuisine. As a major trading port for ancient Italy, the island boasts a unique blend of mainland Italian cooking with influences from Arabia, Spain and ancient Greece.

It’s here that seafood dominates, that the cannoli was born, that breakfast is a frozen coffee topped with whipped cream, that you’ll find the best eggplant pastas the country has to offer.

These are the essentials for any visit to Italy’s south. 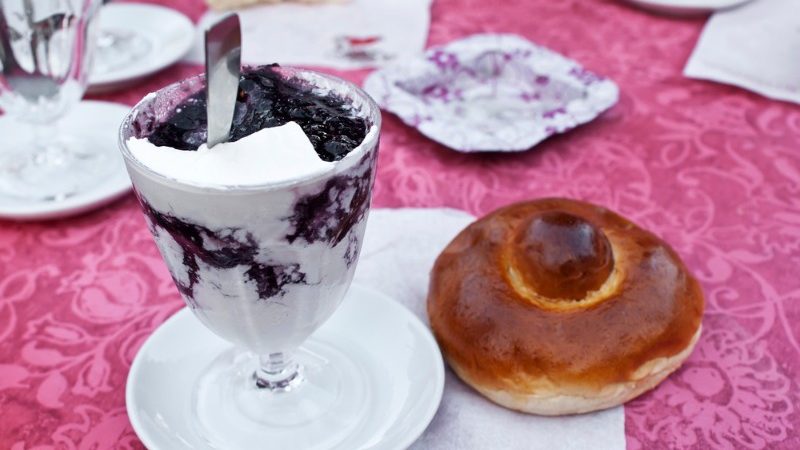 For a Sicilian, breakfast is served ice cold.

Granita is a mixture of ice, sugar and fresh fruit or nuts — think sorbet, only coarse and served in a glass with a dollop of fresh whipped cream. The typical flavours include lemon, coffee, pistachio, almond, strawberry and black mulberries.

The Sicilian breakfast special is a granita al caffe served with a brioche bun. Tear the bun apart, dip its pieces in the creamy, icy mixture, and try not to think about your boring breakfasts back home.

RELATED: WHY ITALY IS AN AMAZING DESTINATION FOR VEGAN TRAVELLERS 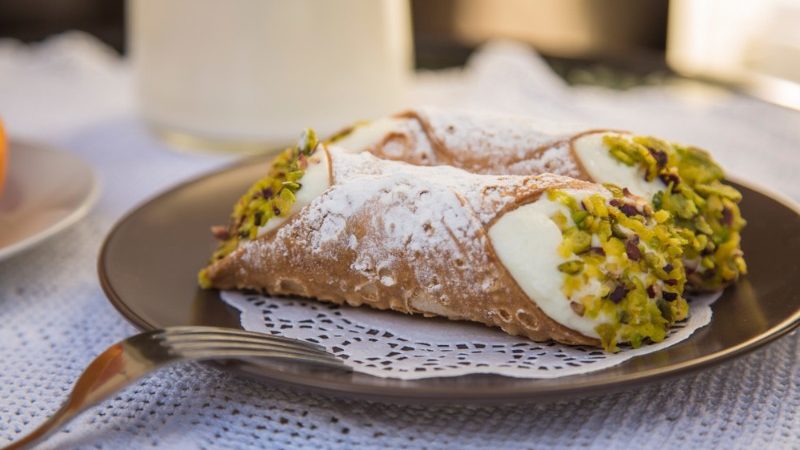 “Leave the gun. Take the cannoli.”

As the famous scene from The Godfather suggests, cannoli is an irresistible treat, for the locals and hardened Sicilian mobsters alike.

Avoid any pasticceria serving you pre-filled cannoli — the best cannoli is filled while you wait.

CHECK OUT OUR RANGE OF DELICIOUS REAL FOOD ADVENTURES NOW 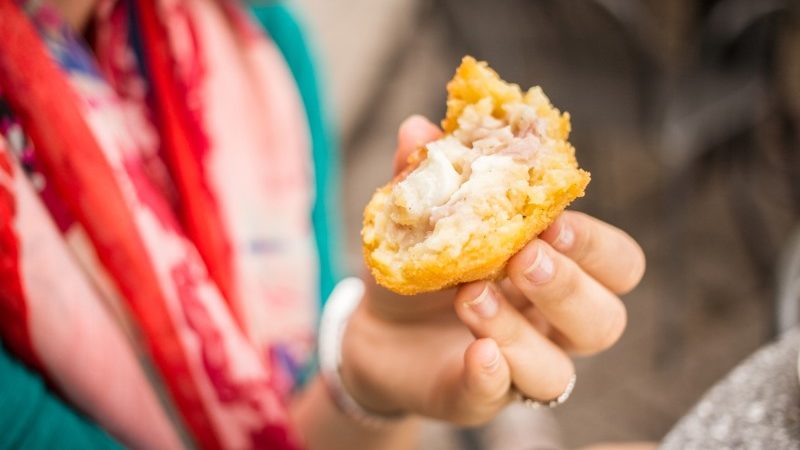 Despite being one of the most widespread street foods in Sicily, the locals still haven’t agreed on the official name. Typically, if you’re in Palermo or further west, you’ll see signs for “arancina”; for Catania and the east, it’s “arancino”.

Either way, no day spent exploring the sun-drenched streets of Sicily’s main towns is complete without one. A crumbed and deep-fried pyramid of rice, meat, tomato sauce, peas and melty mozzarella, arancino is essential Sicilian street food. 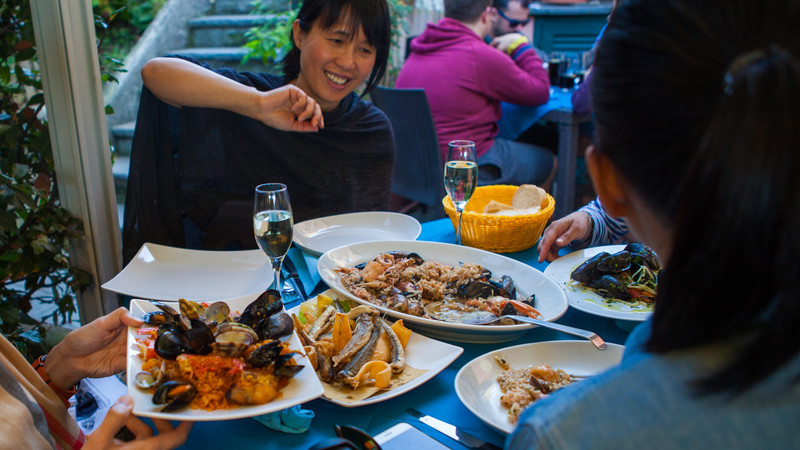 Blessed with the Mediterranean at their doorstep, Sicily is obsessed with seafood and serving it fresh. Mussels, squid, octopus, sardines, tuna, anchovies, swordfish — these are the main courses for a significant chunk of restaurants on the island, often plucked fresh from the sea that morning. Don’t miss the swordfish: whopping steaks grilled for just a couple of minutes on each side for a tender, juicy centre.

A traditional side to a Sicilian seafood meal is the caponata; a sweet and sour stew of fried eggplants, sweet vinegar and celery. This dish can even double as a main course, where it’s served with squid, shellfish, olives, potatoes, raisins or pine nuts. 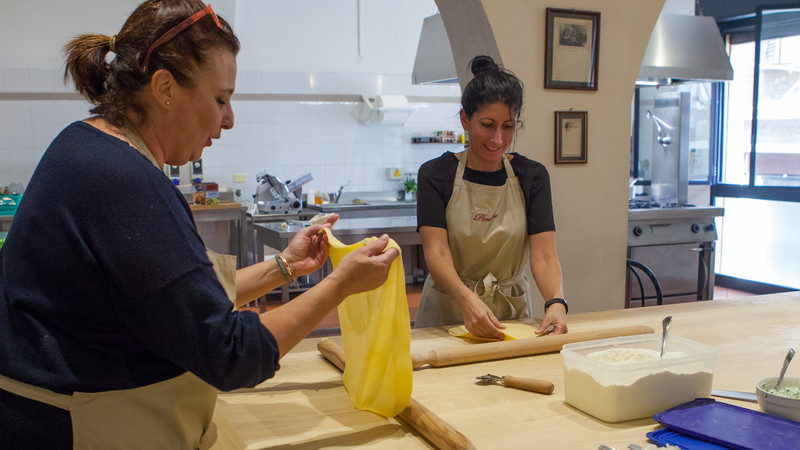 The other Sicilian obsession is the eggplant. This ingredient is unique to Sicilian cuisine, featuring heavily on the island’s menu of antipasti, pizzas and, of course, pastas.

The pinnacle of Sicilian eggplant cooking is the pasta alla norma, a simple dish of fried eggplants cooked in tomato sauce and served with grated ricotta salata, a firm and salty cheese. As with most Italian dishes, the traditional pasta for this one is up for debate, although you’ll most likely find some version of penne or bucatini (hollowed-out spaghetti).

RELATED: 12 PHOTOS THAT WILL INSPIRE YOU TO VISIT SICILY IMMEDIATELY

Naples has the market locked for traditional, deliciously authentic, incomparable Italian pizza. However, Sicily’s variation on the pizza, the pane cunzato, has long been a strong competitor.

The name roughly translates to “seasoned bread” and the recipe sits somewhere between pizza and bruschetta: a baked dough base topped with some combination of fresh tuna (or anchovies), tomatoes, basil, olives, capers, red onions, olive oil and oregano.

In the past, it has also been known as the “bread of misery”, as poorer Sicilians only had access to more miserable seasonings than those listed above. Now, the pane cunzato overflows with fresh, rich ingredients and has become a staple in most restaurants, cafes and bars — the perfect companion to your mid-afternoon cocktail. 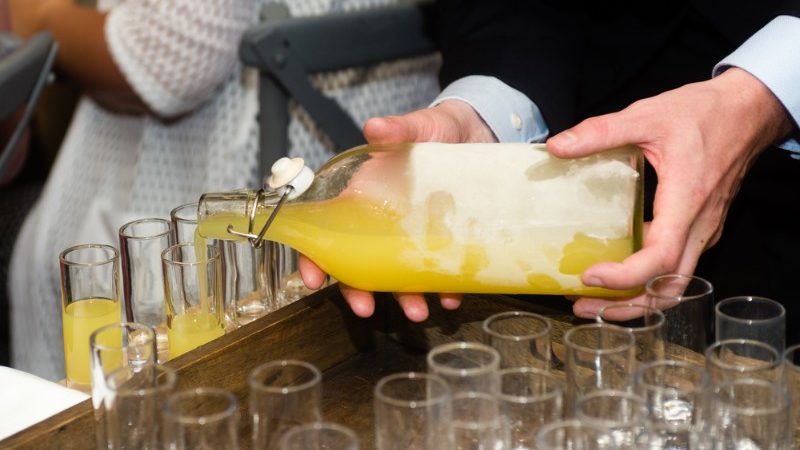 Where do you turn once you’ve overdone it on all of this swordfish, pasta alla norma and cannoli? Limoncello, that’s where. Second only to Campari on Italy’s list of favourite liqueurs, limoncello is a lemon-based digestivo (after dinner drink) that’s sweet and strong in equal measure.

While Sicily can’t make a definitive claim as the birthplace of limoncello, its particular version of the drink — made with lemons from the volcanic grounds of the nearby Mount Etna — has been enjoyed since at least the 1870s.

Enjoy a glass (or two or three) chilled or over ice.

I looked at the above meals
All low budget snacks for the main part
Nothing substantial or solid
Pasta this and that and poor in substance
No thank you.

My mouth is an ocean right now. I am an absolute sucker for cannolis. Those look specially tasty!

Oh no, this to die for! I am ready to pack my pack my bags and go! The food in Italy is just amazing, thanks for sharing.