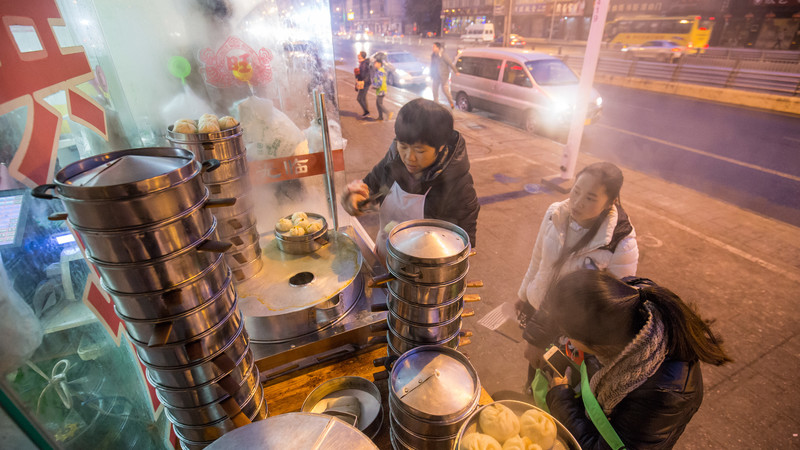 In the West, Chinese food is often associated with guilty pleasures, such as deep-fried honey chicken or a bland (but oddly satisfying!) steak and black bean stir-fry. And while there’s a time and place for humble bain-marie Chinese, the real deal is quite different, and infinitely more delicious.

One of the most popular forms of traditional Chinese food, everywhere from Shanghai to Beijing, is street food. Here are some of the best street food options that the land of the red dragon is serving up: 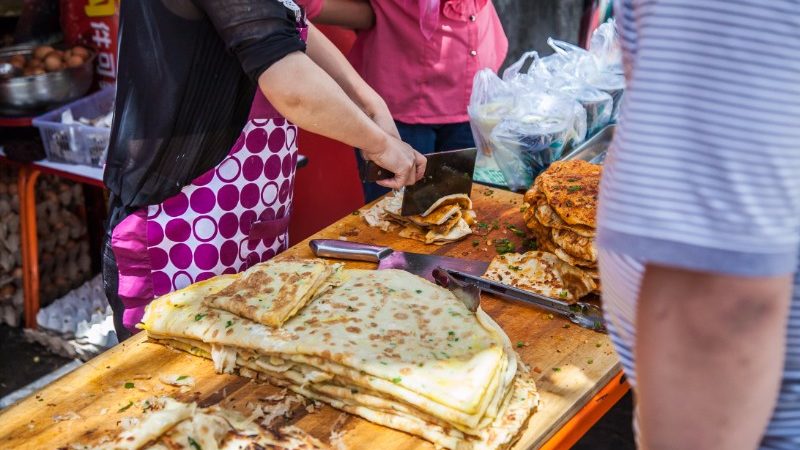 Jianbing means fried pancake in English but the crispy delights are more similar to a crepe. Traditionally a breakfast food, these are so delicious, people eat them at all times of the day. You’ll find them topped with a variety of different sauces and fillings including pickles, spring onions, coriander, chilli sauce, hoisin sauce… the list goes on.

It may not be as familiar as the beef patty you’re used to at home, but apparently donkey meat has been consumed in Beijing and its surrounding province since the Ming Dynasty. To make a Lv rou huo shao (Donkey burger), the meat is shredded and cooked with spices and may be sandwiched between a flatbread bun with a green pepper. Some people say that donkey meat tastes a little like corned beef and others dismiss that completely. Best to just try it for yourself. 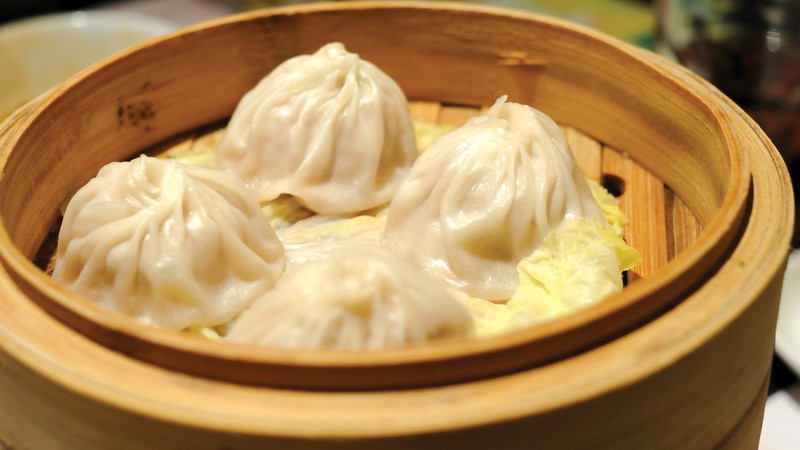 Dumplings are arguably the most popular street food in China and the Xiao longbao (soup dumplings) is the darling of them all. They’re so popular even Western Chinese restaurants have cottoned on to them, but their renditions often pale in comparison to the authentic ones. While there are a variety of styles and flavours available, the original Xiao longbao is fragrant pork mince filling with a rich, meaty soup, all encased in a delicate (but sturdy) steamed dumpling wrapper. There’s a fine art to knowing how long to wait so that the soup explosion doesn’t burn your mouth (but you obviously don’t want to wait until it gets cold). Our tip: bite a small hole in the wrapping of the dumpling to let the soup flow onto the spoon, sip the soup, then eat the rest of the dumpling.

This one is probably more recognisable than a donkey burger, but it shouldn’t be underappreciated – there is scarcely anything more comforting than a moreish roast sweet potato. During the frosty winter months, a smoky sweet potato out of a vendor’s portable street oven is the perfect thing to keep your belly full and your mitts warm. 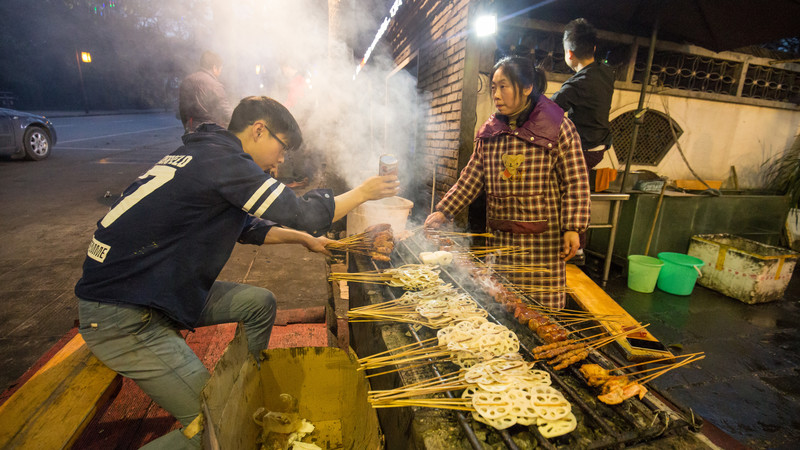 Whether you know them as a shish kebab, satay skewer or anything else, many cultures around the world enjoy threading meat onto a stick and grilling it. And we get it – it’s a delicious and efficient way to enjoy a meal while you see the sights. In China, these spicy lamb or beef skewers are known as Yang rou chuan. On the streets of Xi’an, you’ll smell the scent of meaty, smoky chilli and cumin in the air (not ideal if you’re vegetarian), but for carnivores it’s a mouth-watering way to experience the capital.

Shansi Leng Mian or cold eel noodles are a classic restaurant dish that has made its way to the streets of Shanghai. The noodles and eel are served in separate compartments – cold noodles and hot eel – and it’s up to you whether you combine them or eat them individually. The eel sauce is sweet, gingery and salty from soy sauce, which is basically the perfect combination of Chinese flavours to compliment the different textures and temperatures of the main components of the dish.

Chinese food isn’t all chilli and rice; there are plenty of options for dessert-lovers too. The bing tanghulu is China’s answer to a toffee apple – a bright red fruit called a hawthorn fruit (similar to crab apple), which is covered in sugar syrup and threaded on to long skewers. The fruit itself has a slightly sour flavour, so the combination of this and the crunchy, sugary exterior will certainly wake you up. Mainly found in the winter months, you can also enjoy tanghulu of other varieties like strawberry or apple, but when in Rome – or Beijing – stick with the original.

Want to devour dumplings in Shanghai and chow down on lamb in Xi’an? Join us on a Real Food Adventure in China.

The street food in China sounds so delicious! I can’t wait to try a real Xiao longbao 🙂 So much amazing food to try! Great post 🙂