How to get to Ireland

If you want to get to your final destination in Ireland as quickly as possible then flying is the way to go. The Republic of Ireland has four major international airports; Dublin Airport (DUB), Cork Airport (ORK), Shannon Airport (SNN), and Ireland West Airport (NOC). There are also a few regional airports in Galway, Donegal, Kerry, Waterford, and Sligo however, there aren't frequent flights into or out of those airports so it's more convenient and time-efficient to fly into one of the four major ones.

The most popular airport is Dublin Airport as this is where most international flights land and take off with over 40 airline companies offering daily services. These Airlines include British Airways, Air Canada, Air France, American Airlines, Emirates, and Qatar. The cost of airfares will differ depending on where in the world you're travelling from but if you're looking to get a cheaper deal then try booking your flight well in advance to avoid paying increased prices due to higher demand.

See below the approximate flight time from various cities to Dublin, Ireland:

Once you've landed, it's easy to get a connecting flight to another Irish city or region if Dublin isn't your final destination, rent a car so you can explore Ireland's beautiful landscapes on four wheels, or catch a taxi or other ride-sharing option to your chosen accommodation.

If you fancy the idea of driving your way through Ireland then it's fairly easy to hire a car from Dublin Airport (or any of the other airports) as there are over 25 car rental companies for you to choose from. These companies include Budget, Enterprise, Alamo, Thrifty, and Avis. The cost of renting a car differs depending on what type of car you want and how long you need it for but you can expect to pay anywhere between AUD$25 - AUD$40 per day.

It's fairly easy to drive in Ireland with most major highways and motorways featuring frequent signage with bold lettering for convenient navigation. If you're travelling to smaller regions within Ireland, some of your journey may take place on small, winding countryside roads so make sure you're heeding speed advice and taking the bends carefully. It's also wise to keep up to date with weather conditions (especially if you're driving in the early morning or at night) so you can avoid any potentially hazardous situations.

Taking a ferry to Ireland

Catching the ferry from England to Ireland is one of the easiest ways to travel to the Emerald Isle and is cheaper than flying. There's only one ferry route that'll take you from Liverpool to Dublin which runs 17 trips daily and is operated by P & O Irish Sea. You have a choice of either day or night sailings so you can easily pick a time that's convenient for you. Even though there are a large number of trips daily, it's still recommended that you prebook your tickets to avoid disappointment.

The duration of the ferry trip can vary depending on weather conditions but it generally takes around 8 hours. The price for a ticket can also vary depending on whether you're bringing a vehicle with you or if you're travelling on foot (no vehicle). If you're a foot passenger, you can expect to pay AUD$250+ with the price going up considerably when you add a vehicle. The type of vehicle you bring also affects the price of your ticket with larger vehicles costing more.

Do I need a visa to get into Ireland?

Whether or not you need a visa to travel to Ireland depends on your nationality. Ireland has granted exemptions to nationals that come from a country that are a part of the EU and EEA meaning they do not require a visa to enter Ireland. On the other hand, there are some countries that have not been granted exemption from visa requirements so those nationals will have to go through the application process if they wish to travel to Ireland.

You will need to apply for an Irish visa if you're a national from one of these countries:

Please note that even though you might have been approved for an Irish visa (or be exempt from needing one), you are not guaranteed automatic entry into Ireland. The visa is purely a prerequisite for entry so you'll still need to declare yourself to Irish immigration and they're the ones who'll decide whether you have permission to enter.

Learn about the best time to visit Ireland 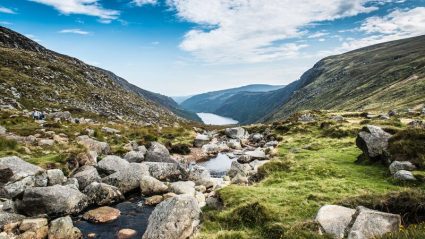 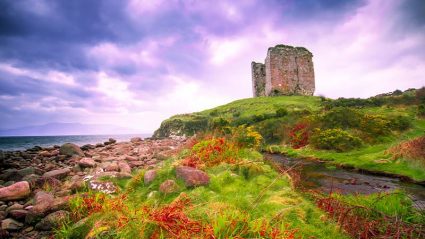