The Scottish Highlands refers to the north-western part of Scotland. It stretches from Fort William all the way up to the coast by the Isle of Skye, and Durness in the far north-west to Inverness in the east. Scotland is well-connected with major cities and towns in the UK, Europe and other international destinations. The capital of the Highlands is Inverness, but there are good transport links with other cities and smaller towns including Fort William, Inverness and Aviemore, Oban and Skye.

Getting around the Scottish Highlands

Driving is the easiest way to get around the Highlands and explore at your own pace. Don’t worry if you don't have a car or aren’t keen on driving, as the Highlands’ main sights are pretty well serviced by public transport.

Getting around by train

ScotRail operates trains between the main cities including Inverness, Aviemore and Fort William, as well as smaller towns in the region. If trains aren’t available for where you want to go, chances are you can take a local bus or coach with Stagecoach, Scottish Citylink or the National Express.

If you’re planning on getting around mostly by train, it might be worth getting the Highland Rover Pass which gives you four days of unlimited travel in the Highlands over eight consecutive days for £95. The pass also includes ferry travel to Skye and other islands in the Hebrides.

Getting around by coach

Travelling by coach is probably the cheapest option. Sure, it’s a little slower than taking a train or driving, but it’s affordable and comfortable. The most popular bus companies in the Highlands are Stagecoach and Scottish Citylink. Stagecoach services more remote destinations while Scottish Citylink services the main tourist hubs including Fort William, Inverness, Skye and Oban.

Getting around by ferry 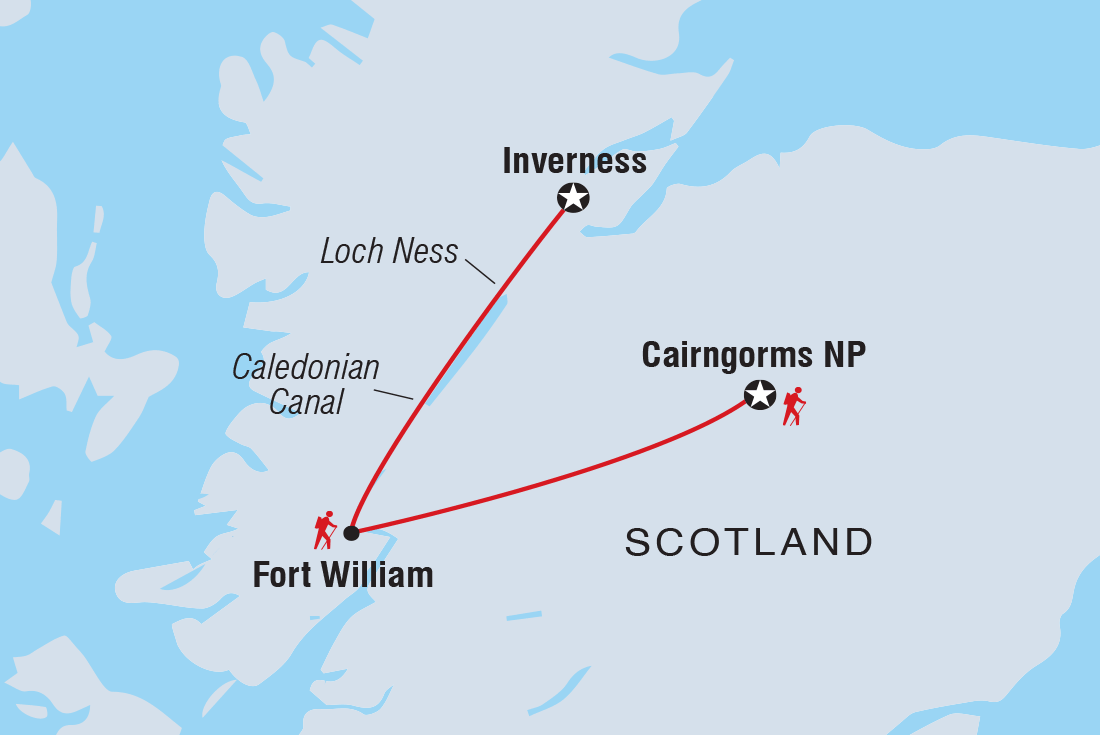 Spend six days gallivanting through Scotland with Intrepid. From Inverness, paddle the...