Home » Why Japan does whisky bars better than anyone
Features

Why Japan does whisky bars better than anyone

We’re in Kyoto’s Gion district, and the Geisha Hour is about to begin. It’s the time of night when green-robed figures emerge from doorways and flit through the alleys of Ponto-chō like spirits from a Miyazaki movie. I can see packs of tourists prowling the streets, hoping for a glimpse, but the Geishas move notoriously fast. Seeing one sends a little shiver up your neck. Like spotting a pale fawn in a dark forest. 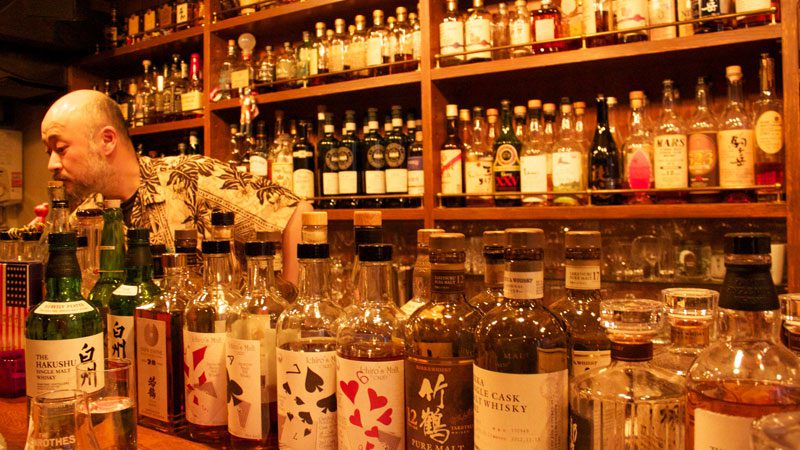 “How about over there?” My friend points to a Starbucks, which doesn’t fill me with confidence. Then I notice next to it, small and nondescript, a little sign that simply says ‘BAR’, with an arrow pointing down some stairs. It doesn’t look very promising.

“That looks underwhelming. Can’t we find some cool whisky bar?” I say. “I hear they have grand pianos and Bill Murray and stuff.”

“Let’s just try it. We can always wander the streets of Gion if it turns out to be lame.”

We walk down the stairs and the sound of the Starbucks becomes muffled. Left, right, left right. Again a little sign saying ‘BAR’. An arrow leads the way (the Miyazaki vibes are beginning to build). And suddenly there’s a wooden door; we give it a push. Inside is the distillation of understated Japanese elegance. Dozens of small glass cabinets line the walls, each carefully numbered, housing a collection of the world’s best whiskys. Yamazaki and Glenmorangie, Nikka and Talisker, fresh-faced Japanese amber and peaty Scottish malt, row upon row upon row. In the corner is a piano (check) and behind the bar a bowtied bartender, his well-oiled hair combed to a razor part. The sound of soft jazz oozes out of the walls. A few whisky nerds (they call them otaku here) are sitting down the far end, sipping their drinks. 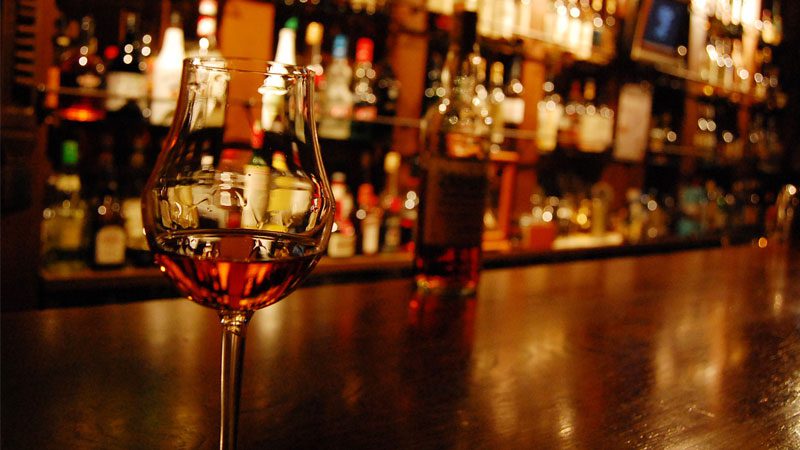 Japan is a country that understands the beauty of a cliché. I can practically hear Sofia Coppola doing cartwheels in my brain. But experiences like this one aren’t all that unusual in a country that has stamped its mark on the world whisky stage.

It probably began in 2001, when Nikka’s Yoichi Single Case won Whisky Magazine’s Best of the Best. After that it was the Yamazaki 12-year, which picked up a gold medal in the 2003 International Spirits Challenge. More recently, Yamazaki’s Sherry Cask nabbed top spot in Jim Murray’s definitive 2015 ‘Whisky Bible’. For those that thought good whisky meant a windswept Scottish moor, a babbling brook and a well-antlered stag sipping a single malt, it marked a turning point – Scotland had met its match.

The history behind all this is pretty interesting, because way back in the 1920s, it was Scottish whiskey that gave birth to the Japanese scene. Yamazaki founder Masataka Taketsuru was sent to the University of Glasgow to study chemistry (the first Japanese person ever to do so) and returned home in the 20s to create Japan’s first whisky distillery, closely modeled on the Scottish style. It didn’t work. The Japanese palate didn’t warm to the smoky Scotch-like taste, so Taketsuru set about refining it. Creating something new – smoother and more delicate than its predecessors. Japanese whisky was born (they spell it without the ‘e’ here). And nearly a hundred years later, the rest of the world is finally taking notice. 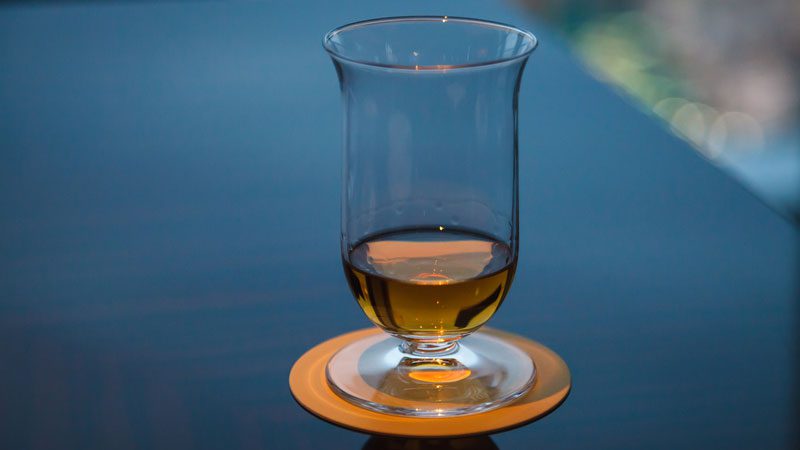 Whether you prefer Japanese whisky over its Scottish, Canadian or Tasmanian rivals doesn’t really matter. Because the more I travelled in Japan the more I realized that only part of their whisky culture resides inside the glass. It lives in meticulous attention to detail: the frozen orbs of ice, selected for their shape and size, gently warmed by clockwise motions in the palm; the precise pouring action; the barmen in their immaculate attire; the soft lighting and piano music. It’s a very Japanese approach to life in general: if something’s worth doing, it’s worth doing as well it’s possible to do. Watching our barman prepare a simple dram of whisky is like observing an Ikebana flower arrangement, or a bonsai master tending a miniature world. It’s an experience that’s hard to replicate elsewhere. Even if you get the details right, a Japanese whisky bar in New York or Melbourne or London always feels like someone who’s read the music, but never heard it played. I guess you can’t fake authenticity.

We sit at the bar for the better part of an hour, discussing the merits of different labels and chatting with the bartender, who it turns out is a part-time illustrator. He draws us a few anime cartoons on the back of a napkin. A schoolgirl holding a samurai sword. A scaled monster crushing a city under huge, clawed feet.

Eventually we say goodbye to the whisky den and climb back up to the street and the Starbucks. I look back, half expecting the little sign to have disappeared, but it’s still there. Inconspicuous but there.

We walk on into Gion’s rain-slicked backstreets, the whisky warming us from the inside. At one point I see a flash of green disappearing around the corner, but by the time we catch up, it’s gone.

Want to get a taste of the real thing? Check out our Japan Real Food Adventure.

We’re not regular whisky drinkers, but we had a fabulous evening in Strange Bar Jun in Matsumoto, where the owner really knows his whisky, is happy to help, and all to a soundtrack of Monty Python sketches.