Home » Why it’s time to return to Sri Lanka
Guides

Why it’s time to return to Sri Lanka 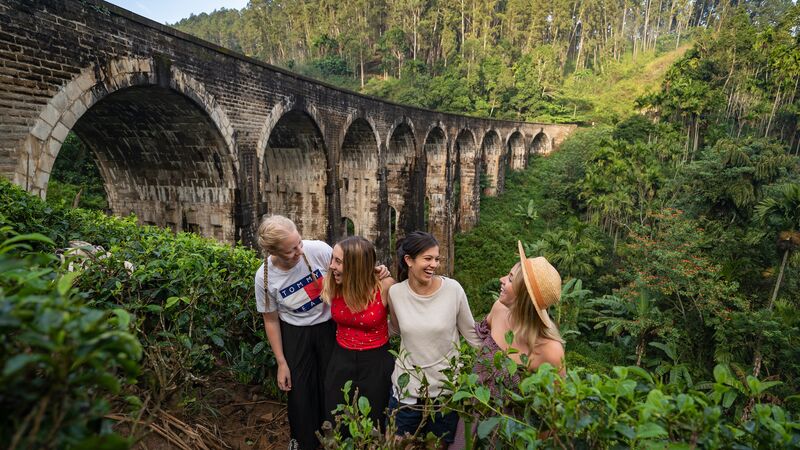 It’s official: Sri Lanka is on the rebound.

After the Easter attacks in Colombo, Negombo and Batticaloa, Sri Lankan tourism took a substantial hit. Bookings across the island plummeted, with many of the country’s major hotels and attractions standing empty.

But over the last few months, government travel warnings have started to lift. And with traveller numbers increasing, locals say that life is gradually returning to normal in Sri Lanka.

“The Easter attack shook us all,” says Intrepid leader, Irosha Nanayakkara. “I never thought the industry would pick up so soon. I thought we’d have to wait until August to see traveller numbers pick back up, but things started returning to normal in July.” 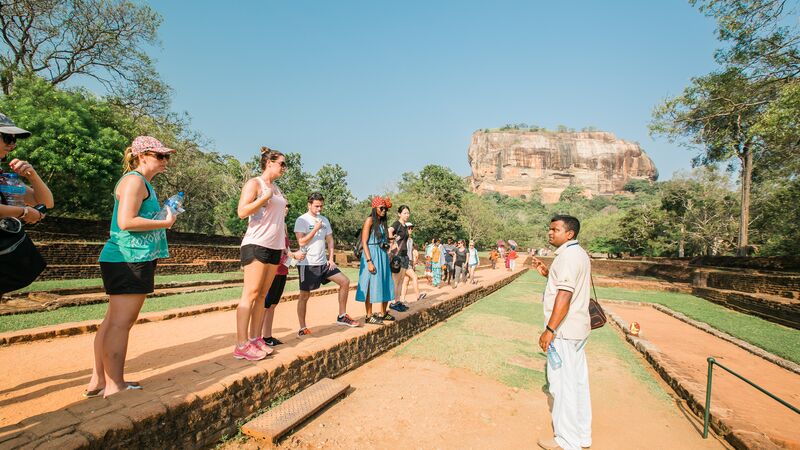 RELATED: 25 PHOTOS THAT WILL INSPIRE YOU TO TRAVEL TO SRI LANKA RIGHT NOW

Irosha says travellers feel safe walking around Kandy and Colombo, and even through the attacks took their toll on Sri Lanka’s tourism industry, they haven’t dampened local hospitality. Other leaders agree.

“It’s interesting to see ordinary life come back,” says local guide, Suminda Dodangoda. “People in every part of the country are welcoming guests with great expectations of happiness. Even the surfers are coming back to Arugambay. Everyone’s hoping for a brighter tomorrow with peace and prosperity – like we had before Easter.”

Sri Lankan tourism was enjoying a bumper year before the April attacks. Lonely Planet awarded the country top spot in the annual Best In Travel Awards, making it the must-visit destination for 2019. As an island emerging from decades of civil war, this was meant to be Sri Lanka’s golden age – a time for peaceful rebuilding and expansion. 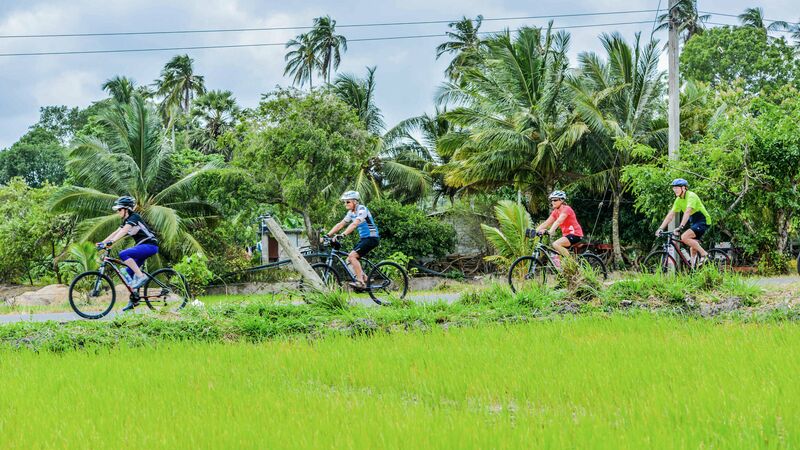 Intrepid leader Asanga Rajapakshe says the April attacks did affect a lot of local industries, but now everyone just wants to get on with business. “In the beginning, there was a big drop in tourism,” he says. “Lots of people had invested in Sri Lanka, and they were worried about whether travellers would come back. But little by little, we’re starting to recover. The trains are full again. The national parks are full again. I think in a few months, it will be business as usual.”

EXPLORE OUR FULL RANGE OF ADVENTURES IN SRI LANKA NOW

Some travellers will still have safety concerns about Sri Lanka, and that’s okay. Most governments still recommend common sense precautions, and you’ll definitely see more security personnel on roads and around major attractions, particularly in Colombo. While every destination has potential safety risks, Intrepid continues to feel comfortable and confident in our decision to run tours in Sri Lanka.

If you’ve got any questions about safety precautions in Sri Lanka, check your trip notes, or get in touch with one of our travel experts.

What should I visit?

Yala is probably Sri Lanka’s most famous national park. It’s a beautiful, unbroken stretch of grassy plains, scrubland and waterways, home to elephants, crocodiles, leopards and buffalo. Over the years overtourism and lack of sustainable management practices have become a concern for us in continuing to visit Yala. In order to reduce our impact on wildlife and the environment Intrepid trips visit a less touristed section of Yala. 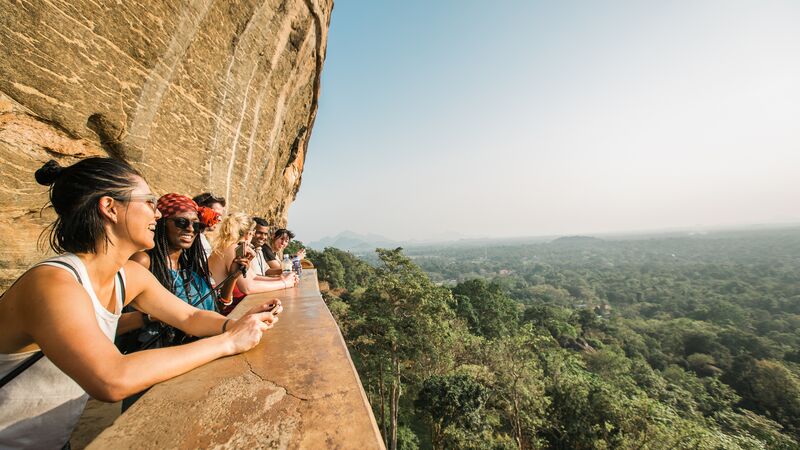 Ten years ago, hardly anyone had heard of Sigiriya, the so-called ‘Eighth Wonder of the World’; now it’s on almost every Sri Lankan itinerary.  Sigiriya is an ancient palace that sits on top of a massive rocky plateau, 370 metres above sea level. It’s one of the most spectacular man-made spectacles on the planet.

Sri Lanka’s Galle Fort is a World Heritage site; it’s also the biggest surviving European-built fortress in Asia. Since the Easter terrorist attacks, security has increased in the area. The streets in Galle were pretty empty after April, however travellers are now starting to return. Make sure you walk the periphery of the fort, check out some of the boutique shops and gem stores, and hole up at a waterfront bar with a beer to watch the sunset. 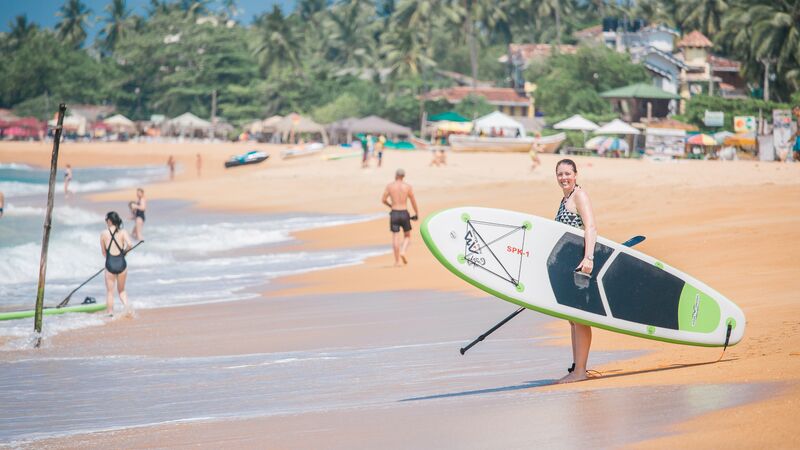 Just around the corner from Galle, Mirissa is one of Sri Lanka’s best beachside locations to do, well, absolutely nothing. If you need more out of your day than just idling on a beach with a book, consider a bike or tuktuk ride to the nearby fishing town of Weligama, or set your alarm for an early morning whale watching expedition.

RELATED: 6 OF THE BEST BEACHES IN SRI LANKA (AND WHEN TO VISIT THEM)

Polonnaruwa, the capital of the Indian Chola Dynasty, is a little off the tourist track, sitting to the east of Dambulla. The best way to explore the ancient city – a UNESCO World Heritage Site, made up of ruins, palaces and temples – is from the saddle of a bike. Make sure you stay hydrated, particularly if you’re there during summer, and keep your eyes open for the resident toque macaques.

RELATED: EVERYTHING YOU NEED TO KNOW ABOUT TAMIL FOOD IN SRI LANKA

We tell every traveller to visit Jaffna. It’s too delicious to miss. Jaffna is the home of Sri Lankan Tamil culture, and for decades during the civil war, tourism was almost non-existent. Then the war ended in 2009 and visitors began venturing north, discovering the spices and scenery of Sri Lanka’s northern peninsula. If you’ve got a few days spare in your itinerary, make sure to explore the stunning beaches and islands to the west (and prep your stomach for a few plates of fiery Jaffna Curry).

Don’t turn your back on Sri Lanka. Explore our range of adventures to this incredible part of the world now. 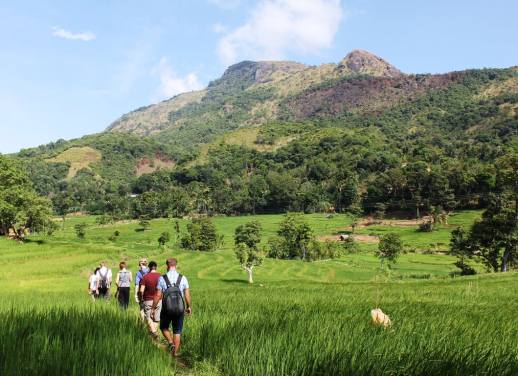 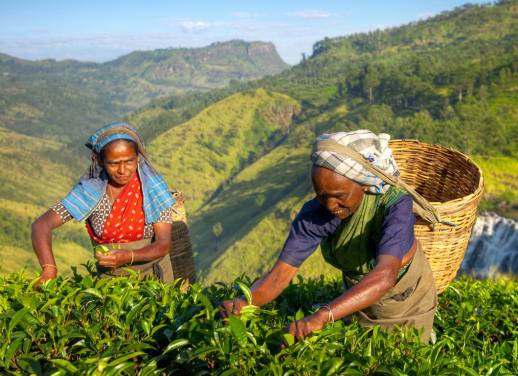 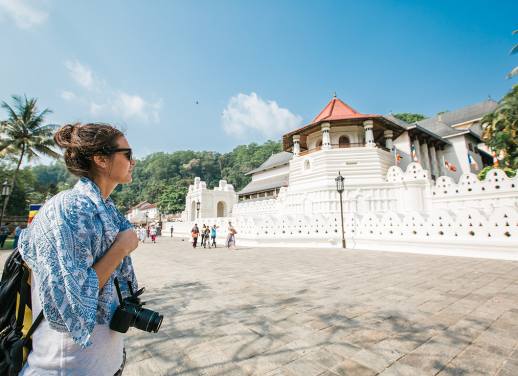