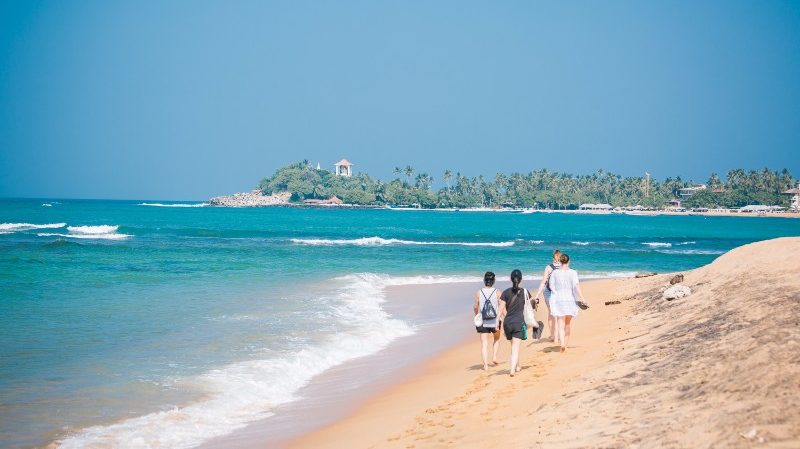 Sri Lanka is fast becoming one of the world’s hottest travel destinations.

The people are incredibly friendly, the food is to die for (I’m looking at you string hoppers and kotthu roti) and there are lots of amazing cultural sites to drink in. But, in addition to all of this, Sri Lanka has some stunning beaches; great for surfing, swimming or simply relaxing on with a Lion Lager in hand.

Sri Lanka is surrounded by the Indian Ocean, so even if you plan to spend the majority of your trip in Kandy’s hill country, or further north checking out the historic ancient sites of Anuradhapura, a few days at the beach are totally viable. Plus, the weather is pretty hot and sticky, so after a week of inland exploring, I found the sea breeze a welcome respite from the heat. Here are some of the best beaches in Sri Lanka to check out on your next holiday to this sub-continental island paradise. 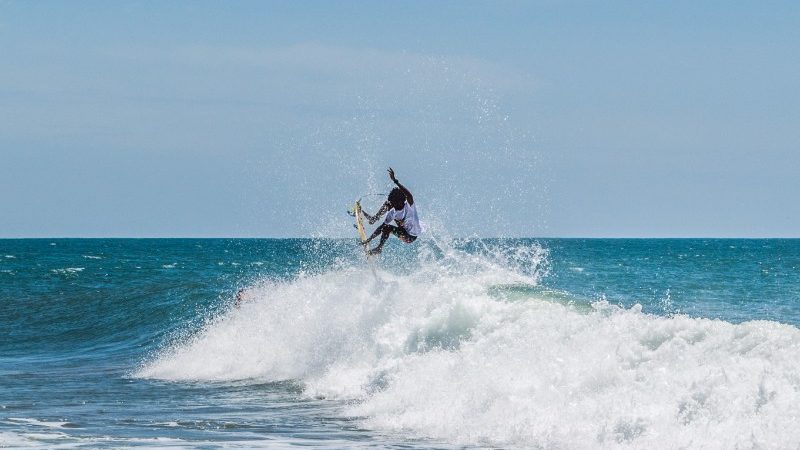 This internationally renowned surfers paradise is packed with dudes and dudettes riding the waves from April to October every year. Arugam Bay Beach, on Sri Lanka’s beautiful west coast, is a diverse surf spot that caters for a variety of experience levels, which accounts for some of its popularity. While the waves can reach as high as 10 metres, the inner bay is well protected and lined with hotels and restaurants, so it’s a great place for non-surfers to visit too. 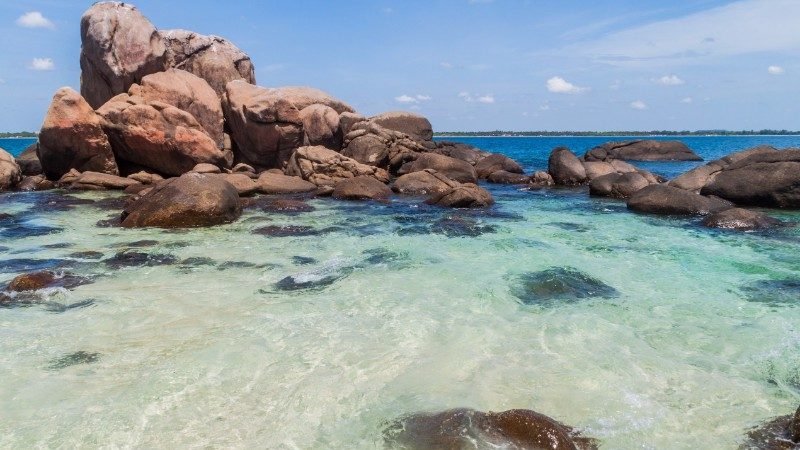 May to September is the best time for beachin’ it up on the east coast of Sri Lanka, and if your trip falls at this time of year you won’t want to miss a visit to Nilavelo. Only a short boat ride from Pigeon Island, a national park where you can snorkel with reef sharks, Nilavelo is all stretches of white sand and unspoilt views of the Indian Ocean. After a hard day of tropical snorkelling, it’s not far to Trincomalee, a large harbourside town, where you can enjoy Sri Lankan cuisine and fresh seafood to refuel. 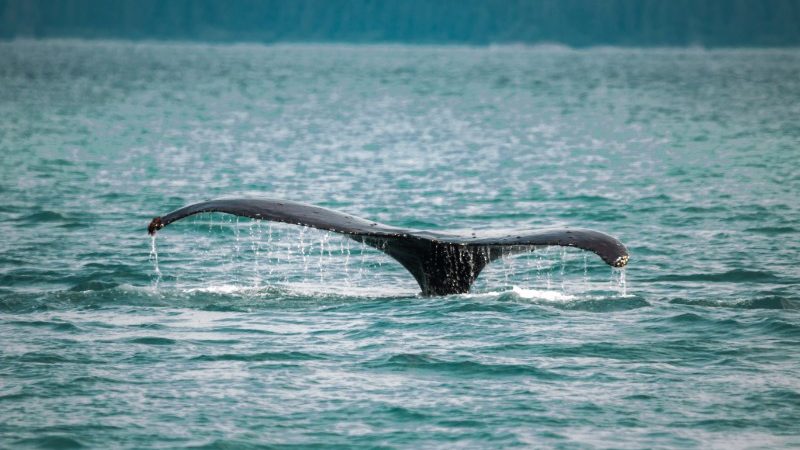 Image by Steve Halama via Unsplash.

While it’s a beautiful stretch of beach, this west coast beauty has something special for wildlife lovers – dolphin and whale watching. Between February and March is the best time to see whales, with the dolphin season being slightly extended at each end. At these times, you’re most likely to catch these majestic creatures carving through the waves (or leaping out of them!), and should be able to enjoy good weather on the sand too. Sperm wales and spinner dolphins are predominant, but if you’re lucky you may catch the eye of a rare humpback whale. 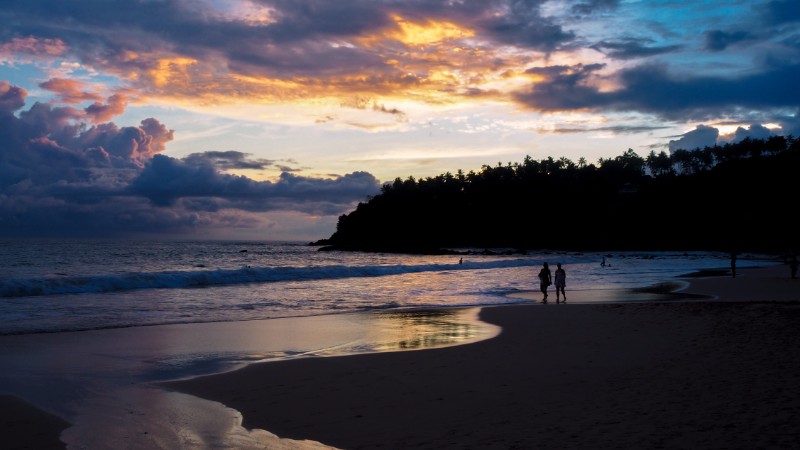 While Mirissa is also a great place to see whales, there is a lot more to this southern Sri Lankan beach. There are plenty of guesthouses for tourists to stay in, but Mirissa still very much has the feel of a sleepy beach town, where you can easily while away hours lying on the sand with a cocktail or going for a gentle stroll around the curving coast. If you’re in Mirissa over New Year’s Eve you will see the strip transform into a giant beach party, with most restaurants offering buffet dinners of fresh seafood, while locals and tourists dance the night away on the sand. Plus, December to March is whale watching season – even more reason to spend the holiday season there. 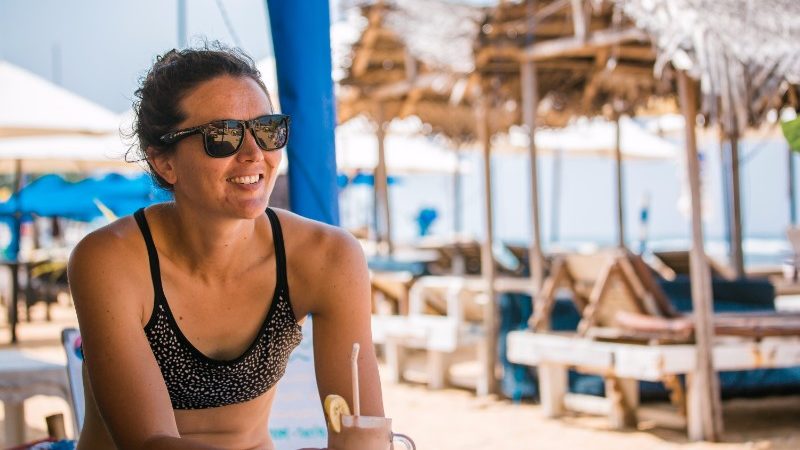 Less frantic than its famous neighbour Hikkaduwa, Unawatuna in Sri Lanka’s south is a stunning option for surfers and beach-goers alike. This beach is part of a strip known as the Galle town beaches, so it’s not far if you want to visit the World Heritage-listed Galle Fort (which you definitely should). In between reading your book on the beach and filling up on rice and curry, you may even spot a sea turtle while you swim. Head there between December and March to avoid the rainy season. 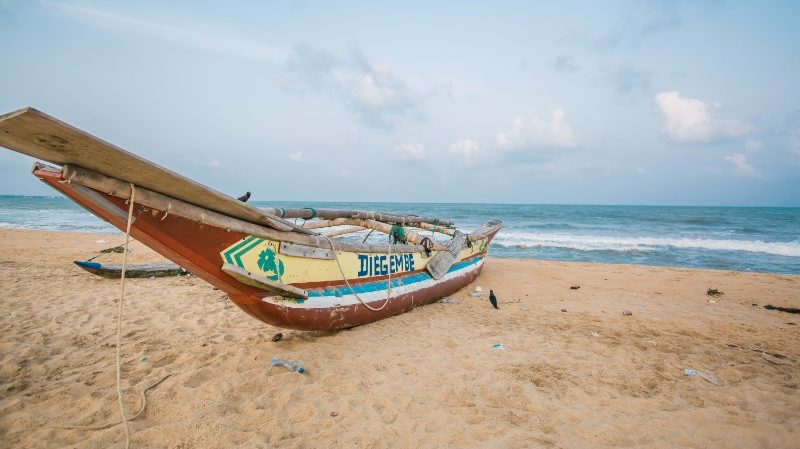 If you’re looking for a beach getaway but only have a quick stopover in Colombo, Negombo is the closest beach option for you, located only 10 kilometres from the airport. Peak season is during December and April and, due to the proximity to the capital, it can get pretty crowded. It’s not the most pristine water you’ll find in Sri Lanka, but if you’re hot and in need of a swim, it’s definitely better than missing out entirely.

Take a dip at these stunning beaches and more when you book a small group adventure to Sri Lanka with Intrepid. 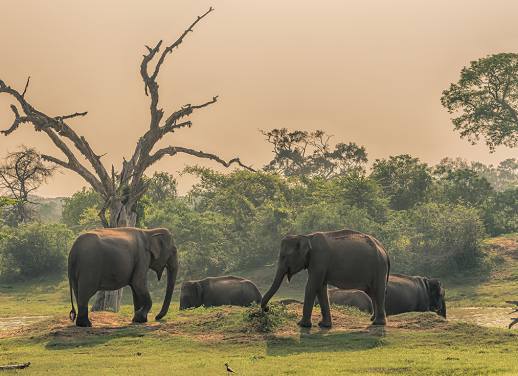 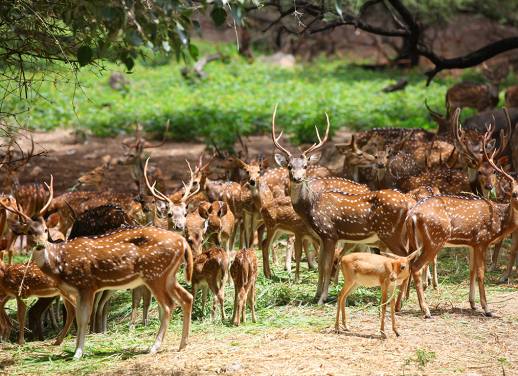 I have never been to Sri Lanka but through the reviews with the images, I feel that these are really beautiful lands of the world, I wish that I would be here once in my life. Rejoice in this beauty.

We were in Unawatuna 2 years ago in early November. It was lovely. At the far right side of the beach there was a small fresh water creek where our then 2-year old loved to play. The only thing we struggled with in Sri Lanka was the food. We traveled all the way up to Jaffna and away from the touristic south, it was hard to find non-spicy food for our toddler.

Do the local women come to the beach fully dressed like in India?