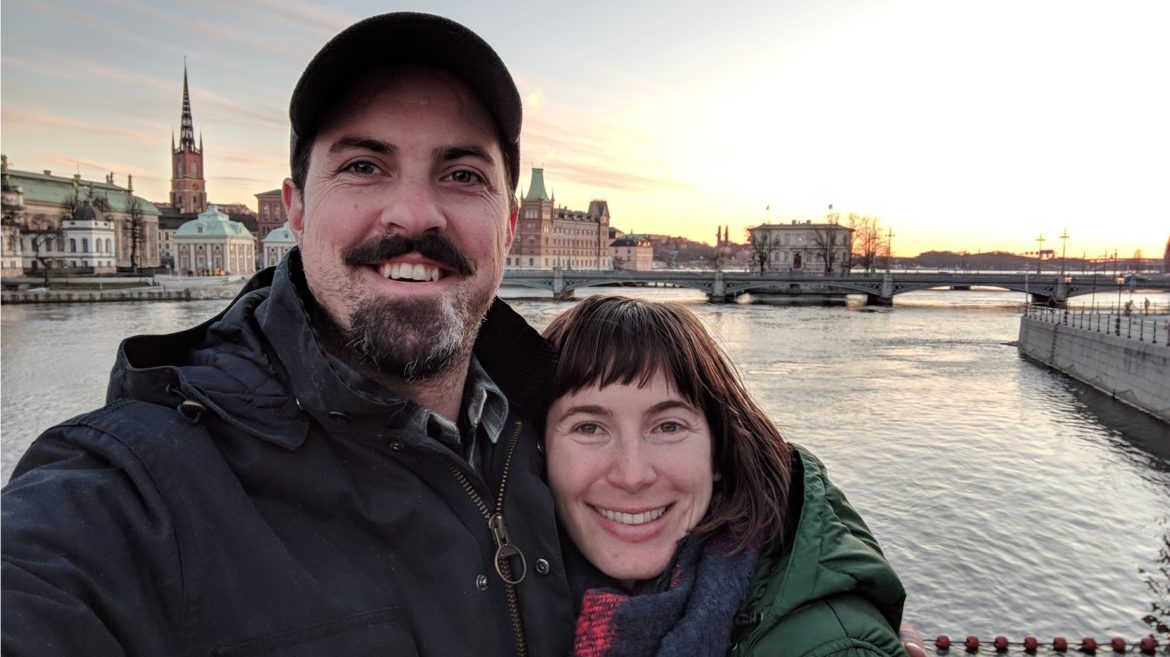 The phrase “overtourism” entered our travel vocabulary as a way of describing the rather unfortunate aftereffect of a destination becoming the destination. Think Dubrovnik, Barcelona, Venice… in the summer.

It’s not hard to see why these European cities are popular. Some have taken measures to stop it, coming up with strategies like turning cruise ships away, halting hotel construction, and banning new shops which cater to tourists.

Anytime I’m masterminding my next globe trot, I like to pause and think about where I’m heading from an experiential standpoint. Yes, I’ll be a tourist wherever I go. But how can I be a respectful one? 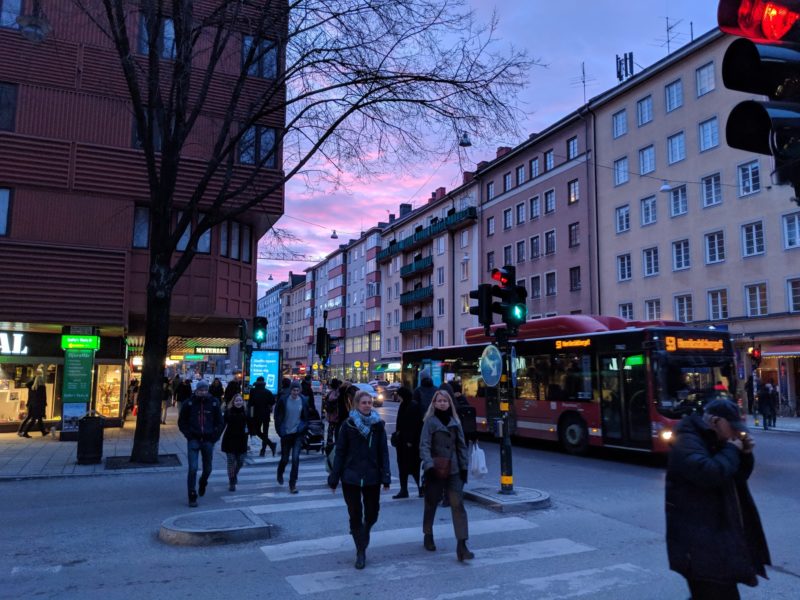 Stockholm is captivating, whatever the season

My husband and I always wanted to go to Amsterdam, but we avoided this notorious European city because of its popularity. Finally we broke down, but we were smart about it—we went to Europe at the tail end of winter. We tacked on Copenhagen and Stockholm as well. And the feel at this time of year was nothing short of enchanting.

Here are 6 magical benefits you can experience too when you choose off-peak travel in Europe:

You freeze your ass off…in the best possible way

Understandably, you might be against the idea of going to a cold weather destination when you live in a wintry habitat already. More grey? More rain…snow even? The thing about being cold is you can always put more on to warm up—when you’re hot, you can only take off so much. Even if public nudity is allowed in that country, you’ll be sweaty. 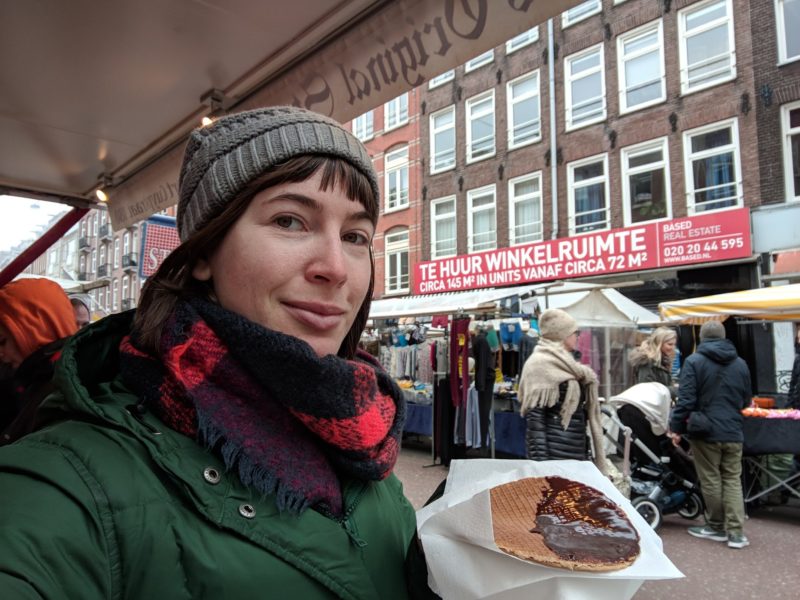 Winter in Amsterdam was an excuse to warm up inside a crowded pub and meet some locals. With outdoor seating in the summer, we would have been more likely to remain in our tourist bubble. Winter in Copenhagen meant cozying up in exquisitely designed cafes with: candles, espresso, and furry throws on sturdy wooden furniture. Winter in Stockholm meant we enjoyed snowy country scenery on most of our train ride. Freezing your ass off can be a good thing.

You see locals in their natural habitat

I’ll never forget braving Italy in August two years ago during peak tourist season. Ferragosto is an Italian national holiday smack in the middle of August when most locals flee the city. Before flying home we spent two more days in Rome and witnessed a return of the locals to their natural habitat. It was then that we really saw the city come alive.

During off-peak season, arguably you will soak in the most culture when you converse with locals. Sitting at a bar is our preference because it allows us to chat with the bartender, owner, or patrons. At Cafe Foeders in De Pijp, a gem of a neighborhood in Amsterdam where we stayed, we met some of the coolest locals. They shared what life was like and were also kind enough to give us off-the-beaten-path recommendations. 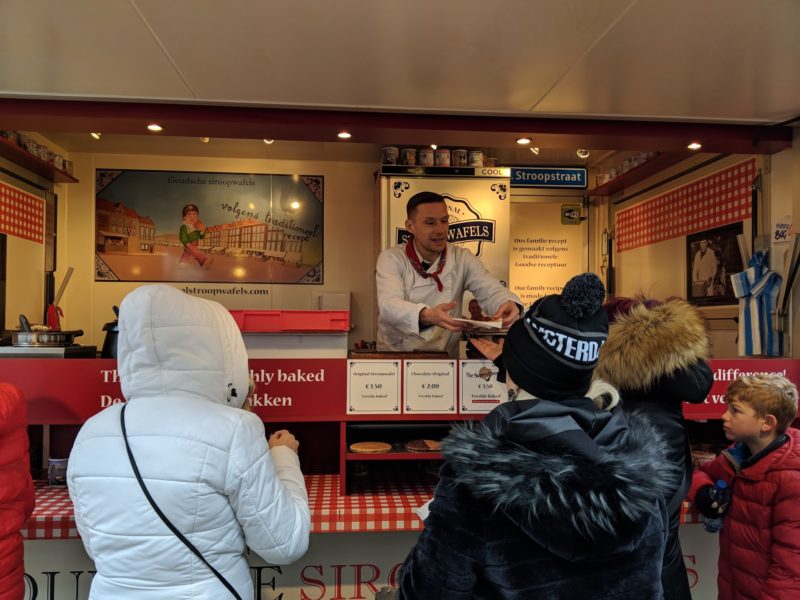 A cozy local haunt in Amsterdam

You spend less on travel logistics

Especially when you are traveling in more expensive European countries (ahem, Scandinavia), you want to find deals wherever you can. Were we prepared to spend $12 on a pint of beer in Copenhagen? Not really. But, saving a bit on travel logistics helped soften the financial blow. Although we get pints of beer for half the price back home in Portland, the beer was exceptional and worth the splurge.

It’s supply and demand. Accommodations are cheaper during slower times, because rooms, apartments, and hotels are harder to fill. Plane tickets are less predictable, but you can usually find last-minute deals or favorable prices when you book in advance. Off-peak travel can be a steal if you play your cards right.

You get around with purpose

As romantic as it is to “wander and get lost” in Europe, you probably won’t partake in too much of that when it’s below freezing at night. You have to get from Point A to Point B, and one of the best ways to do that is with Europe’s array of public transportation. Compared to summertime, buses and trains will be considerably quieter, and more pleasant from a body odor perspective—thanks to lower temps. 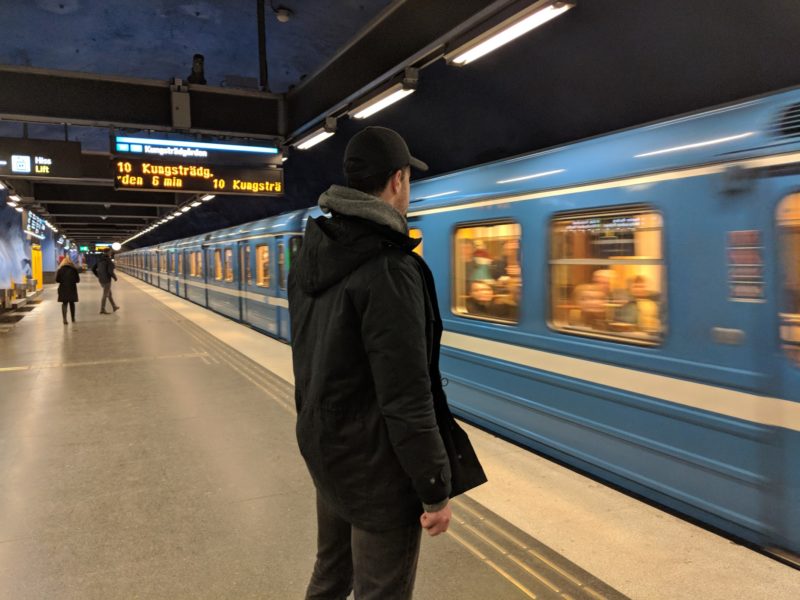 Don’t rule out the most popular mode of getting around in Amsterdam and Copenhagen…the almighty bicycle. Natives have the bike culture thing down, and likely rode out of their mother’s wombs on a miniature tricycle. When you witness svelte locals whipping down streets without knit hats or gloves on, you’ll toughen up and rent a bike. It’s truly one of the best ways to take in the city while getting to your next place to warm up.

READ MORE: 7 REASONS TO CONSIDER A WINTER TRIP TO ICELAND

You find unique things to do

You might think this is the time to dash into less-crowded tourist attractions. I like where your head’s at, but I’ll break the news to you now so you’re mentally prepared. Off-peak season is a common time for renovations. Most cities are refurbishing architectural and cultural treasures in preparation for the hordes of tourists coming that summer.

I thought I would finally fulfill one of my childhood dreams and see Anne Frank’s House. I did see it…from outside. Because of renovations, there was limited access and tickets had been sold out for months. Though I was bummed, we did a history walking tour instead and covered a lot of ground in Amsterdam that way. Throwing out your itinerary or finding alternatives allows you to create new experiences you didn’t expect, so you can rethink the path you wander. 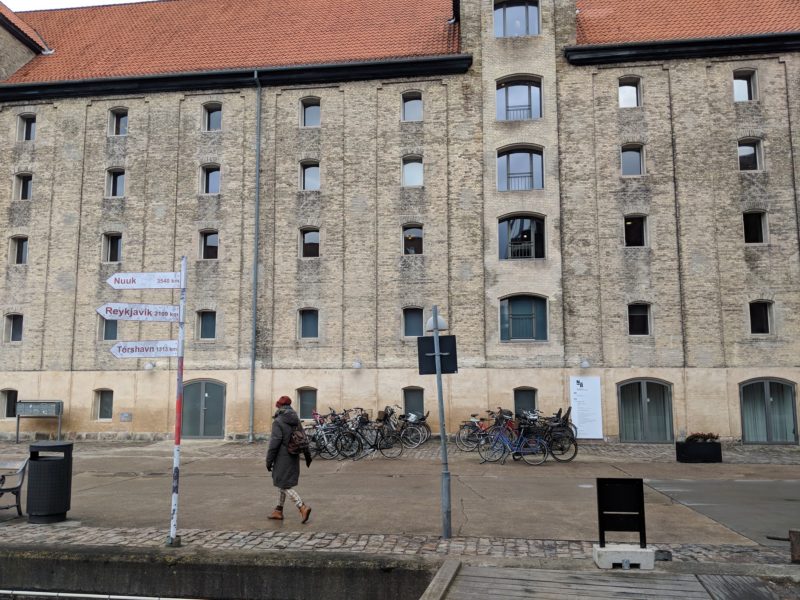 You see another side of nature

This was my first time traveling somewhere intentionally during the winter. Unpredictable weather and hauling around a big coat always seemed like such a pain. It’s easy to fall into that trap of wanting ideal weather when you travel, but sunny skies and mild temps equal summertime (aka: peak tourist season). Winter means less people in general: That park with the dead trees is all yours, travel friend.

AN INCREDIBLE NATURE WONDERLAND TO VISIT IN WINTER: FINNISH LAPLAND

Here’s the great thing about dead trees—you actually have better views. Bushy trees block the scenery behind them, be it cityscape or landscape. All of our train ride views felt incredibly expansive and I realized it was because of the barren trees allowing us to see the other side. Wintry nature invites introspection, so it can be the traveling game-changer you need mentally when you’re on your next European adventure. 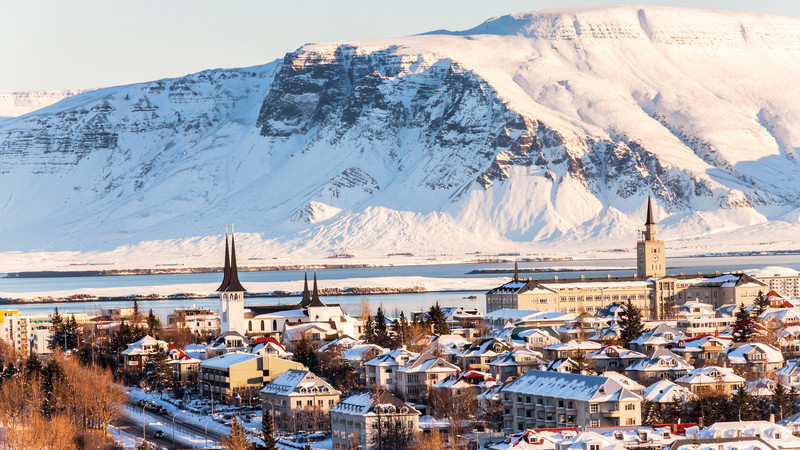 Wintry nature doesn’t get better than in Iceland

While there is no easy answer, what we can do is choose the road less traveled or visit popular destinations during off-peak season. Overtourism is the antithesis of sustainable travel, and it’s up to all of us to play our part in making a positive impact as we set out to wander this big beautiful world.

Visit Europe in the off-season with Intrepid Travel:

Ready to see Europe in a whole different light? Check out Intrepid’s range of small group tours there.

(All images courtesy of the writer, Britt, except Iceland image courtesy of Intrepid Travel.) 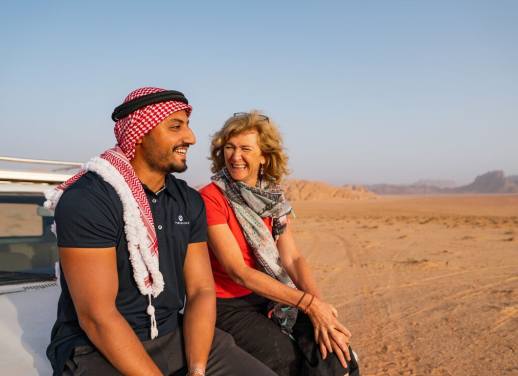 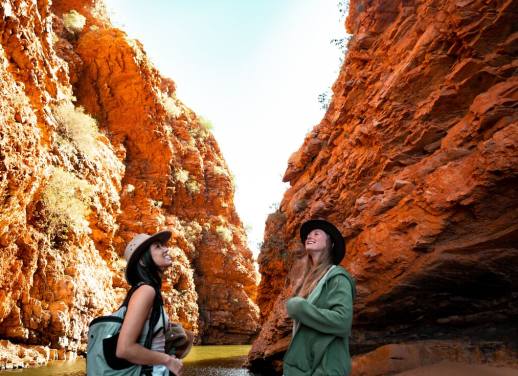 Britt, where did you ancestors come from? Your surname sounds like it could be from Central Europe 🙂
I agree with you on so many things. Even though in Prague November usually meant the crowds were out, but not this year… Let’s see what January&February bring 😀

Hey, Veronika! I’m half Czech, which is where Skrabanek came from. Prague is a beautiful city. I visited many years ago in June before it became popular, but I would love to see it in the colder months someday.