Nine days in India may not seem long, but like a good teacher India is a dab hand at sharing wisdom swiftly, packing plenty of key learnings into a short schedule. From the practical to the spiritual, India is the ultimate teacher.

Here are a few takeaways from a recent Golden Triangle trip through Northern India.

1. Surrender to the sweat

“This is your captain speaking. Welcome to Delhi where the local time is 9pm and the current temperature is 38 degrees Celsius”. First thought: If it’s 38 degrees at 9pm, what is it going to be tomorrow at midday? The answer is hot. Really, really hot. 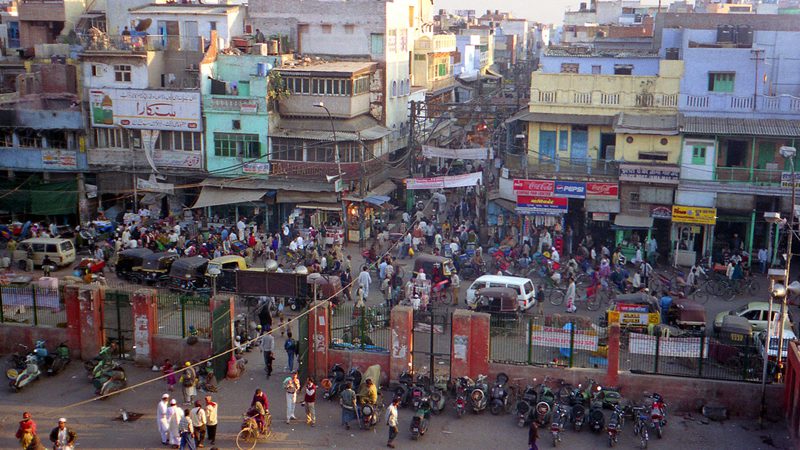 After meeting my guide and group, we collectively try our luck on Delhi’s mass transit system. The train carriages are jammed with humanity, but with Delhi’s population hurtling towards 10 million, this is to be expected. Out on the streets, cars, rickshaws, motor bikes, bikes, trucks, and humans all work their way around the city to a chorus of horns. Oh yes, Indians loves nothing more than leaning on their car horn, loudly and repeatedly. If India had a soundtrack or theme song – the horn would be it. While in Delhi, we stopped by a wholesale spice market where the air was so thick with spice fumes that we were all choking back tears. The spice merchants and our local guide were accustomed to this airborne spice assault, so I felt pretty lame for having such weak spice tolerance (I looked like I’d been hit with tear gas). Still, I figured there’s nothing like a good sinus clear out to remind you that you’re alive. 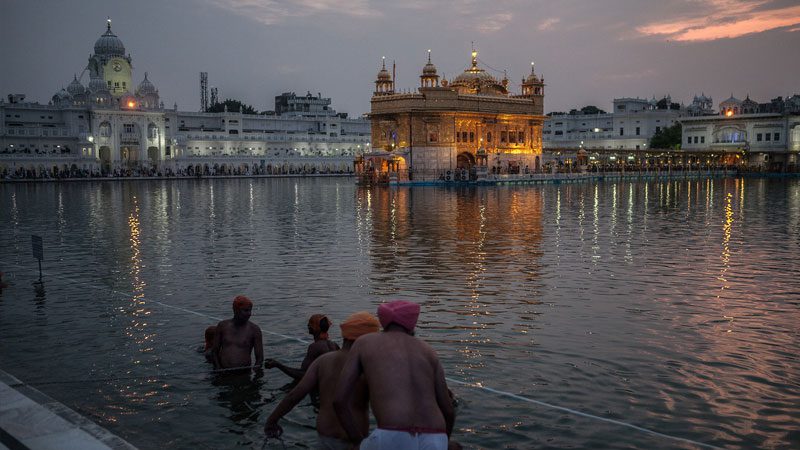 Delhi station at dawn has it all: rats, dogs, cows and monkeys. The train ride to Jaipur lasts for five hours, but there’s comfy seats, air-con and we get this nifty meal seemingly straight out of a Wes Anderson movie.

While the toilet leaves a lot to be desired, the train ride is surprisingly pleasant. I was expecting to be crowded into a carriage with thousands of people inside (and on top) of the carriage, but in India you can experience rail travel however you want – from toughing it out with the masses for a super cheap fare, to middle-of-the-range comfort, to luxury, India has it all. But no matter what class you travel, one thing’s consistent throughout: the inconsistency of toilet paper availability. You’ve been warned.

No visit to Jaipur is complete with a visit to the historic, Raj Mandir Cinema – one of the most beautiful movie theatres in the world. Is it wrong that in the face of such an architectural wonder I was more amazed that they sell nachos at the movies in India?

While watching a movie called Gabbar is Back (featuring a handsome hero who dashes around saving babies and bringing down corrupt officials while occasionally breaking out into song *swoon*) I noticed that going to the movies is a little different in India. No one demands silence. It’s perfectly acceptable to clap, cheer, and have conversations during the film. I guess in a country of more than a billion people, preciousness goes out the window. I kind of dig it – I don’t feel self-conscious opening my noisy bag of chips or have that paranoid fear that I’ve left my phone on. 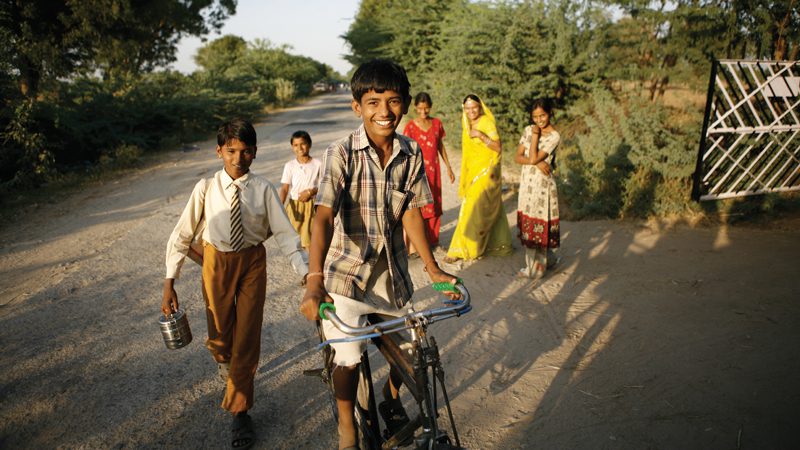 Forehead against the glass of the bus window, I learned about India by osmosis while travelling through Rajasthan from Jaipur to Karauli. Cow. Cow. Cow. Cluster of street pigs snuffling around in a pile of garbage. Woman in a bright orange sari sweeping out the front of her shop. Two kids in school uniform holding hands. Dude wearing an ill-fitting t-shirt emblazoned with the words: ‘DON’T HATE THE PLAYER’. I laugh at his t-shirt, then immediately afterwards I see a corpse covered in flowers, being walked down the road on a wooden board, with mourners following in procession. And I start thinking about how sad that person’s family must be. And I think about my mother and my sisters and my friends and what it would feel like to lose them. And I think about how they might feel if they lost me.

This all sounds very grim, but it’s real and true and this is one of the gifts that India gives you. One minute you’re looking out the window, wondering when the next toilet stop is, and the next you’re contemplating the meaning of life. You simply don’t traverse emotional ranges like this when you’re sitting by a resort pool, cocktail in hand. It’s places like India that draw feelings right out of your marrow.

This is why people are drawn to India. It’s a heart-opener, a patience-tester, a change maker, an awakener and a personal growth accelerator. If you’re ready, India is waiting.

Don’t be nervous. India’s amazing. Plus, on an Intrepid small group adventure, all the hard stuff’s taken care for you.

Incisive post… loved the truth in the sentences and phrases.

This is a lovely review. I might add one more tip – and this is not to scare anyone – just to be prepared: grab a few air sickness bags. You might need it in an unexpected place at a not-so-convenient time. Please take a look at my book (this is not a sales thing – you can view the book online for free. This was a trip I made in 2008 with Intrepid. It was wonderful and if I could do the trip all over again, I would.

Hi Tracey, I’ve got to ask, what is your book?

Sorry Anonymous – I only just now saw this comment. I created a photo album/book using Blurb.com. You can find my book on the website (blurb.com) and just search for my name. It’s called “Transfigured by India” (a line from one of my favorite books and movies, “A Room With a View”. Thanks! Tracey

If you are not changed by a trip to India you are not living. Your life will be forever changed

India is amazing! Go and see for yourself- and don’t forget the toilet paper!

So true, all of it.  Marriages ending, discovering my son was autistic, parents dying, life threatening illness so many big and small changes. I always tried to control it, either forcing changes I wanted, or resisting changes I didn t.  And how did that work for me?