Home » Kibbeh recipe: the best place to get İçli Köfte in Istanbul
Food

Kibbeh recipe: the best place to get İçli Köfte in Istanbul 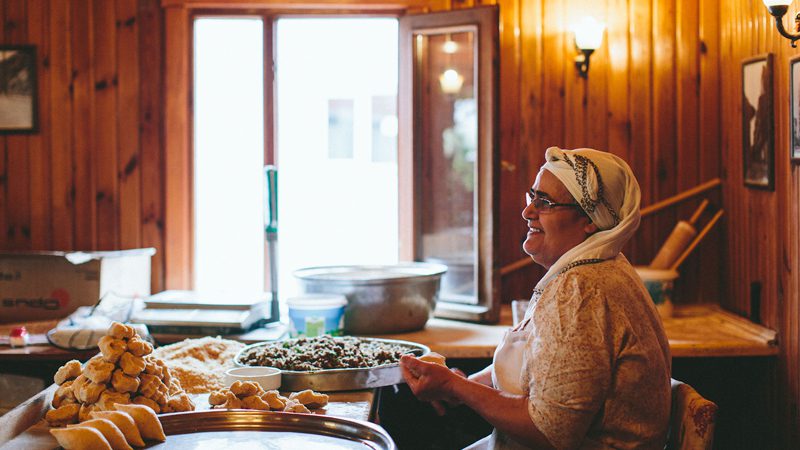 İçli Köfte, or kibbeh as it’s called in Arabic, is a traditional Turkish snack. People who visit Turkey don’t know it exists. People who leave Turkey never forget it. It consists of a cracked-wheat shell filled with minced meat, spices, minced onions and parsley. Beside being a good energy snack before tackling the Grand Bazaar, içli köfte helped one local foodie legend, Ali Topçuoğlu, to survive in life..

Ali was the son of a rich family in Maraş in the south-east of Turkey. They had a wheat farm there and their business was doing quite well. Ali got married and started to take over the business from his dad. Unfortunately, he made a big mistake: he became the guarantor of a friend’s debt, and that friend disappeared. At that time he had a lovely wife and six kids at home, and he was worried about his family. They ended up moving to Istanbul to find a job so they could repay the debt. 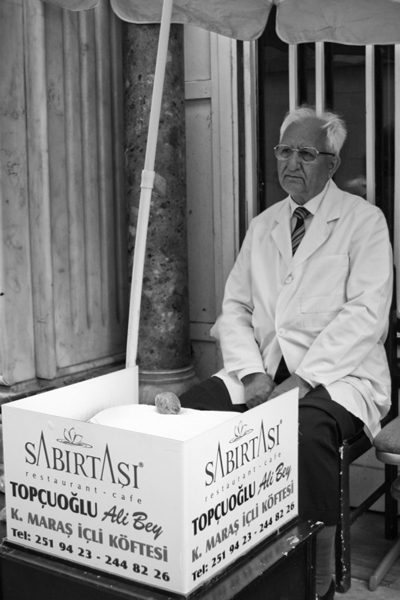 Ali didn’t really have the skills to start a business of his own. His wife, Fatma, asked him if he could sell her favourite snack, içli köfte. She’d do the cooking. He’d do the selling. Ali got a big basket, filled it with freshly baked içli köfte and started to wander the streets of Istanbul.

He was a very extra ordinary-looking guy, walking the streets in his clean suit, selling içli köfte by the basketful. He started to do very well and ended up renting a small spot in Beyoğlu, on Istiklal Street. He named his place ‘Sabır taşı’ which is an idiom in Turkish that means ‘patient as a rock’. It fitted well. Ali worked hard to look after his family, and all he needed to get there was patience. Ali was a fair man too – he didn’t forget about the debt that he had to pay on behalf of his friend. He paid it back over 17 years, just by selling içli köfte on the streets and at his small restaurant. 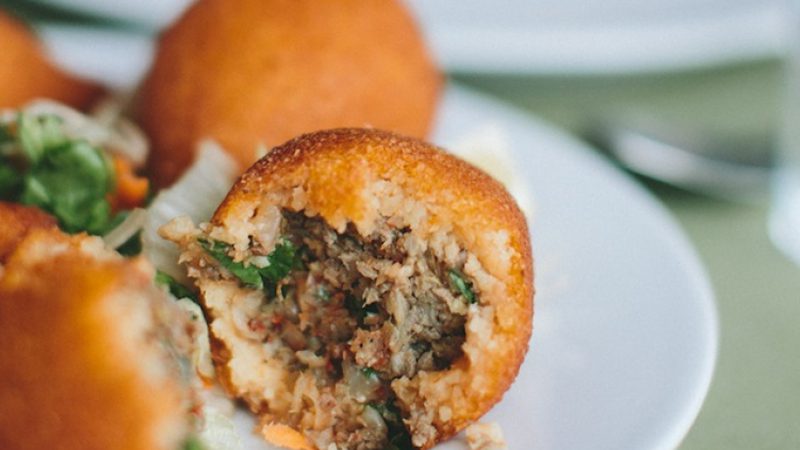 Ali passed away in 2009, leaving an amazing tradition to his kids (and the best içli köfte restaurant in all of Istanbul). Most travellers don’t know about Sabır taşı, which is how the locals like it. Ali’s son, Mustafa, says he loves what he does for living. His dad’s tradition is the biggest passion in his life. When we’re showing travellers through Istanbul, we always stop off at Sabır taşı – people need to see (and taste) what Ali built.

If you want to try making kibbeh yourself, here’s Ali’s recipe:

3 cups of fine grind bulgur (parboiled cracked wheat, you can find it in the organic food section of your supermarket or at Middle Eastern grocery shops)

500g of lean minced beef or lamb (ask your butcher to double grind it, it’s crucial)

A dash of paprika

Make the filling first, and let it cool off before assembling the kibbeh. Cook the onions in a deep pan with sunflower oil. Add minced meat (the fatty patch) and brown well. Add cumin, red pepper flakes (or paprika powder), salt, black pepper, butter and fry for 3-4 minutes. Turn off the heat. Add parsley and cover. Once it’s cooled off a bit, add the walnuts. Keep the mixture in the fridge while you move on to the next step.

Mix the bulgur with 2 cups of boiling water. Add salt, red pepper paste, black pepper, cumin, onions, eggs, flour and double ground lean meat. Start kneading all these ingredients into a dough. Make sure you dip your hands into warm water before starting to knead and add small amounts of water into the dough several times as you go. In around 15-20 minutes of hard work, you’ll have a sticky soft dough, softer than pasta dough, but thicker than bread dough. 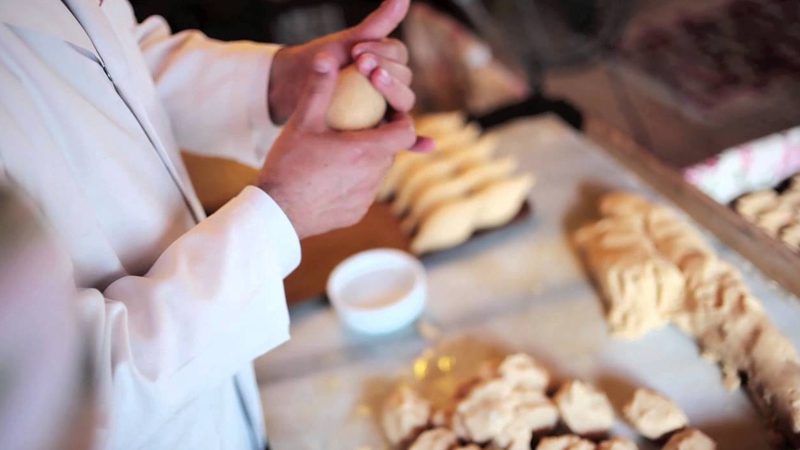 The next step is assembling the kofte. Each and every Turkish cook has their own method of assembling kofte. The whole point is to make oval, elongated meatballs with the meat filling. Soaking your hands in icy cold water in between each kofte is a good way to keep them cool so the process doesn’t turn into a sticky mess. You can keep ready koftes in the fridge for a couple of hours or even overnight prior to boiling or frying.

15-20 minutes before serving, boil 3-4 liters of water. Add 2 tablespoons of salt into water. Drop koftes one by one gently into boiling water and cook for 7-8 minutes until they begin to float. Remove from water. In a pan melt 50g of butter and add paprika. Place boiled koftes into this pan and lightly fry 2 minutes until covered with the butter. Serve warm with fruit punch/compote or salad.

Check out the amazing foodie spots of Istanbul like ‘Sabır Taşı’ in Istanbul on our ‘Istanbul Night Tasting Trail’ Urban Adventure.

After studying in Turkey and Latvia for five years, Çağlar started his tourism career in Intrepid Travel as a tour leader in 2008. This led to many different travel trips before he moved into the office side of the business. He runs, organises, manages and markets trips all around Turkey and is completing an MBA to continue to improve his management skills.