The number of official countries in the world currently sits at 206, with the latest to join the party being Kosovo in 2008 and South Sudan in 2011. That doesn’t include the strange, tiny countries (Population: 1) that some people set up in their backyards, complete with Monopoly money currency and a flag knitted from their mother’s old quilt.

Thanks to a turbulent history, Europe has fifty-one of the countries on the official list, but with the Scottish independence campaign making global headlines last year, who knows which regions will try to fly solo next? 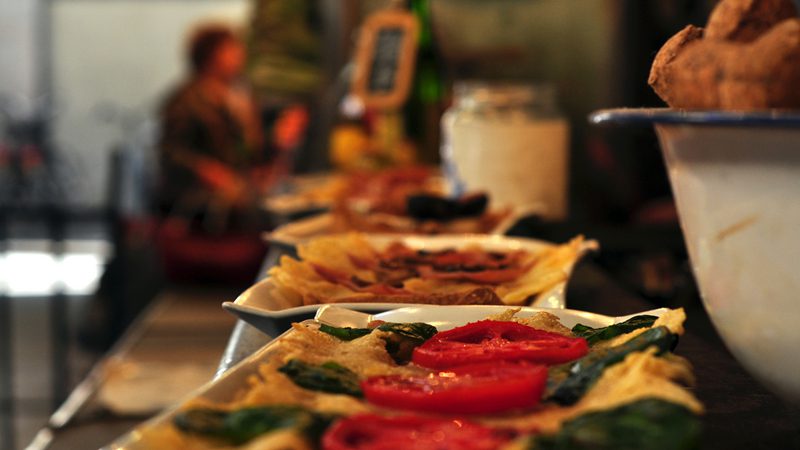 Barcelona – like a jewel in the sun. So sang Freddie Mercury, and the people of Catalonia agree. But most of them also think that the rest of Spain is dulling this gem – so they want out. Catalonia, with Barcelona as its heart, has a long history of strong independent feeling and the residents are still angry at the suppression of their language and culture during the rule of Franco. They’re also unhappy at the billions of euro this economically successful area has poured into the rest of the struggling country – money they think could be better spent locally. In 2013 a million people demonstrated for autonomy, and the following year a local referendum was held asking the public for their thoughts on independence. The Spanish government claimed that the vote wouldn’t take place, and when it did, declared it straight up illegal. 80% of voters still marked yes to independence. This movement wont fade away any time soon. In 2011 Belgium set a new world record. No it wasn’t a cliché-filled accomplishment like the world’s largest waffle or the biggest serving of mayonnaise-covered fries. In fact the country went the longest time for a democracy to go without an elected government – 589 days. The deep-rooted divide between the political parties representing the Flemish and Walloon groups caused this stalemate. The country was already basically split in two from its beginning, when the Dutch-speaking Flanders to the north and the French-speaking Wallonia (which sounds like it’s from a kid’s fantasy book) to the south joined up against the Netherlands. But they’ve been trying to divide ever since. Neither is willing to concede control of capital Brussels though, and so the arguments continue. 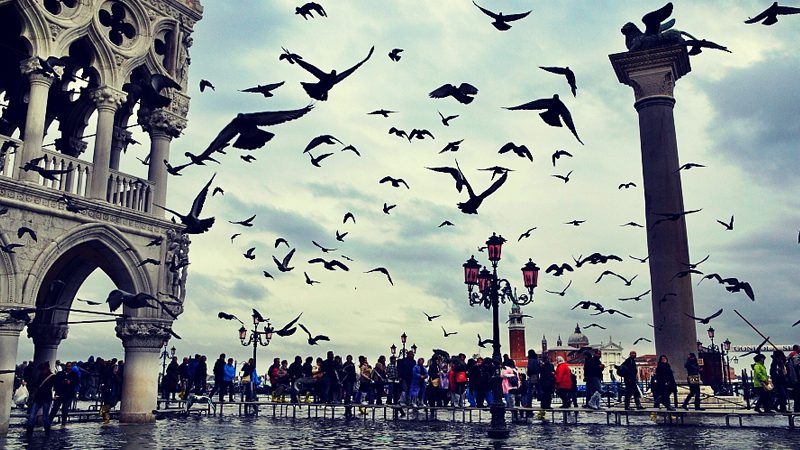 Venice, where even the pigeons are fiercely in dependant. Image Roberto Trombetta, Flickr

For over 1,000 years Venice ruled the waves as one of Europe’s most important states – then they were defeated and split between France and Austria in the 18th century. The Venetians have spent the past 200 years perfecting their gondola stroke, glass making and mask wearing, and they’ve not forgotten their independent history, culture and language. Like Catalonia there’s also a cash reason for their desire to split with Italy, with the Veneto region giving the rest of the country €20bn more in taxes than it gets back. Citizens of Venice and its surrounding region voted in March 2014 in an unofficial online referendum on independence. An overwhelming 89% voted in favour of seceding from Italy, while in the same year police arrested 24 separatists who had reportedly planned to seize St Mark’s Square and declare a Venetian republic. 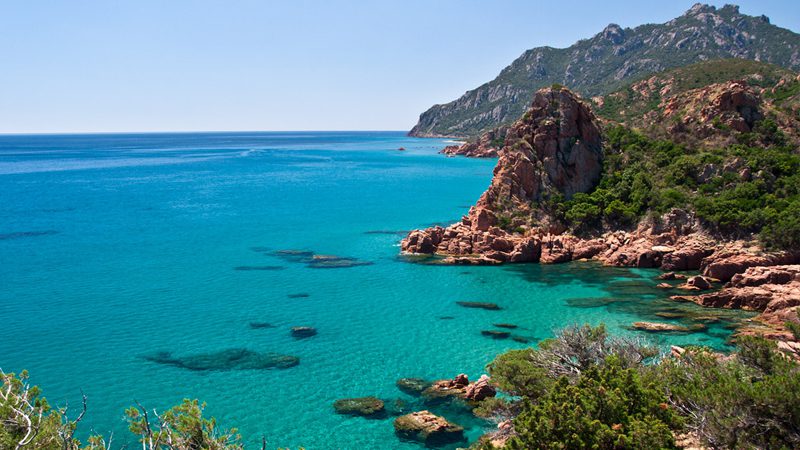 These islands in the middle of the Mediterranean Sea (both amazing beach and ancient ruin filled) have a history of independence movements against their ruling countries of Italy and France. Throughout its history the island of Sardinia has been passed around between larger kingdoms, most recently belonging to Italy. It’s home to one of the oldest nationalist parties in Europe, but a 2012 vote to pass an independence referendum bill failed by just one vote. The Sardinian separatists have been trying to make friends with Scottish independence leaders to get some tips on how to move forward – and the divided nationalists of Corsica have jumped on the bandwagon too. Corsica had seen many years of lawless campaigns to free the island of what they saw as suppression of the Corsican culture and language, but a peaceful referendum in 2003 was unsuccessful, putting the movement somewhat on hold.

Liberland and The Kingdom of Enclava 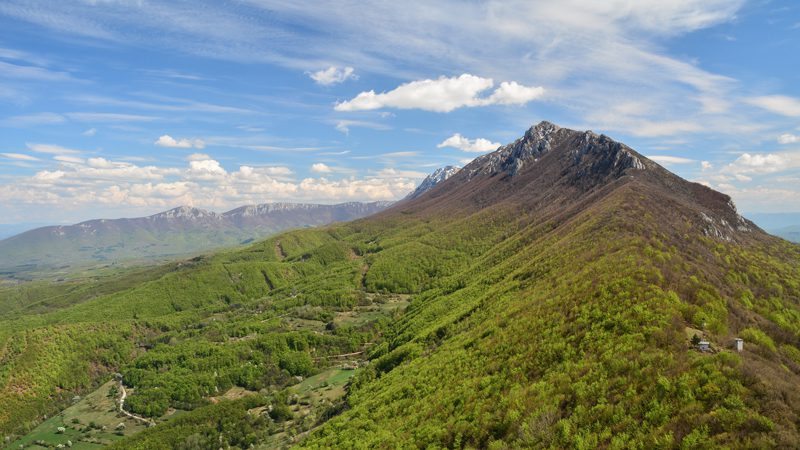 It’s very hard to find images of Liberland. But this is the next best thing. Falcon Rock in Serbia. Image Milos Golubovic, Flickr

Ever tire of your country’s government? Ever wish you didn’t have to look at your paycheck and see that big minus next to ‘taxes’? Ever thought about starting your own country? Well that’s exactly what these guys did. Since the Yugoslav war, stretches of no-man’s-land have remained disputed between Serbia and Croatia, and two of the world’s youngest micronations are now located on these areas along the border and the River Danube. The ‘Free Republic of Liberland’ was announced in April 2015 by Czech activist Vít Jedlička, and within a week received over 200,000 applications for citizenship from all over the world. Close by is the Kingdom of Enclava, a “place, where everyone, regardless of skin colour, religion or nationality, will be able to express their opinions, study for free, and earn money without worrying about taxes”. Where’s that application form? 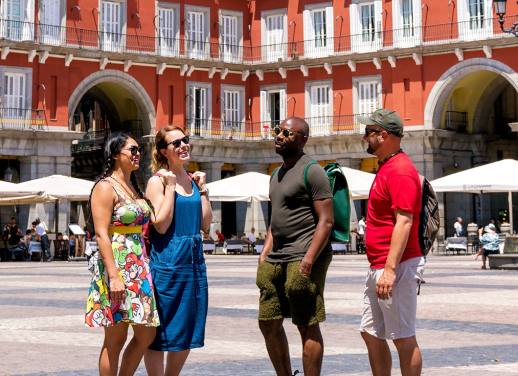 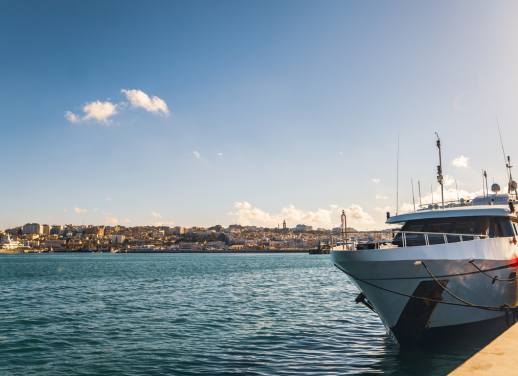 I think that there’s a few more micronations inbetween Croatia and Serbia. Not as famous, though.

Hi there, I enjoy Intrepid Travel updates and travel stories as I love to travel myself. This artice
Introducing Europe’s newest independent countries (probably) posted recently states: The number of official countries in the world currently sits at 206, …
I count 196 from various offical sources, so just wondering how you get 206?
(I know its not an exact science due to proposed states and disputed regions)
http://www.infoplease.com/ipa/A0932875.html
Keep up the good work,
Cheers Craig

Thanks for your comment. You’re right, we should probably have said ‘sovereign states’ instead of countries. Here is the tally by our count: There are 193 ‘countries’ in the United Nations, plus 2 observer states (the Holy See and Palestine) http://www.un.org/en/members/index.shtml. There are 6 diplomatically recognised states (Taiwan, Western Sahara [Sahrawi], Kosovo, South Ossetia, Abkhazia, and Northern Cyprus) – claimed by other counties but recognised as independent by some U.N. Members. There are 3 de facto independent states (Nagoro-Karabakh, Somaliland, Transnistria), and then the Cook Islands and Niue – partially recognised but usually considered New Zealand territories. Hope that answers your questions!