Made in China: 6 of Hollywood’s favourite Chinese film locations

If you want to add an element of mystique, a dash of neon or a dollop of ancient wisdom to your movie, book a ticket to China and get the cameras rolling.

It probably helps when the country is the second largest in the world, home to about 1.4 billion people and features every possible landscape, from jungle-covered karsts and windswept tundra to arid deserts and silver skyscrapers.

Yep, Hollywood discovered the allure of China a long time ago. Not only is it an incredibly lucrative market to keep on side, it’s an exotic and cost effective place to shoot a blockbuster. And although the communist government restricts the showing of foreign films (Hollywood gets a quota of releases each year – not to mention dealing with heavy censorship policies), filming in the country isn’t so hard.

So if you want to follow in the footsteps of Chow Yun-Fat (still our favourite movie star name of all time), Quentin Tarantino and Avatar, you need our guide to China’s top film locations. 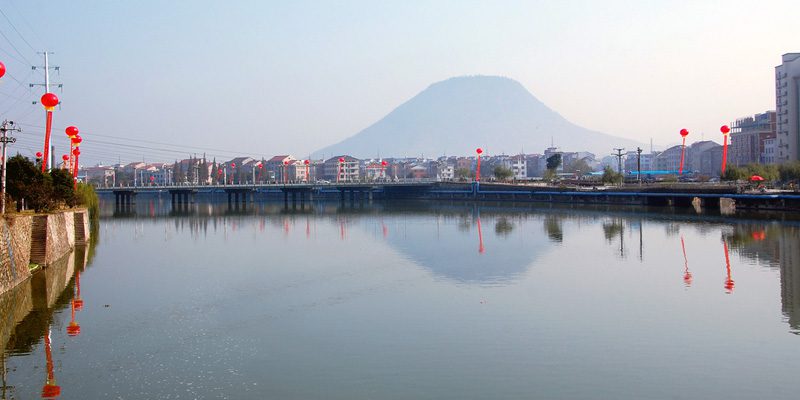 The lake of Hengdian. Credit kanegen

Sprawling over an incredible 324 hectares, Hengdian is the largest film studio in the world. It’s tucked away in the mountainous eastern province of Zhejiang and functions kind of like China’s answer to Hollywood’s Universal City, with enormous sets and shooting bases churning out major motion pictures by the dozen. Many of the scenes from Crouching Tiger, Hidden Dragon were shot on set in Hengdian, as well as The Mummy: Tomb of the Dragon Emperor and The Forbidden Kingdom with Jackie Chan and Jet Li. If you want to see the Asian equivalent of Tinseltown for yourself, take a bus from the city of Hangzhou, a couple of hours west of Shanghai. 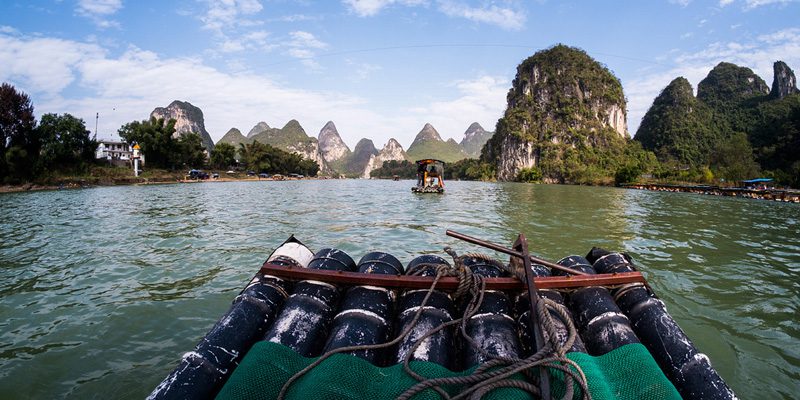 Paddling along the river in Guanxi. Credit ilya

The autonomous region of Guangxi in south central China would probably be famous even without Hollywood’s help. Guang means ‘expanse’, which is appropriate, as Guangxi is basically a huge expanse of cascading waterfalls and streams (tributaries of the West River), and the green slopes of the Nanling Mountains. George Lucas picked the otherworldly waterways and karsts around the city of Guilin as the setting for Star Wars Episode III (google it and you’ll understand why). And if you’re after a real treat, head to the ancient city of Huangyao, surely the most gorgeous in all of China and the setting for the 2006 film The Painted Veil. 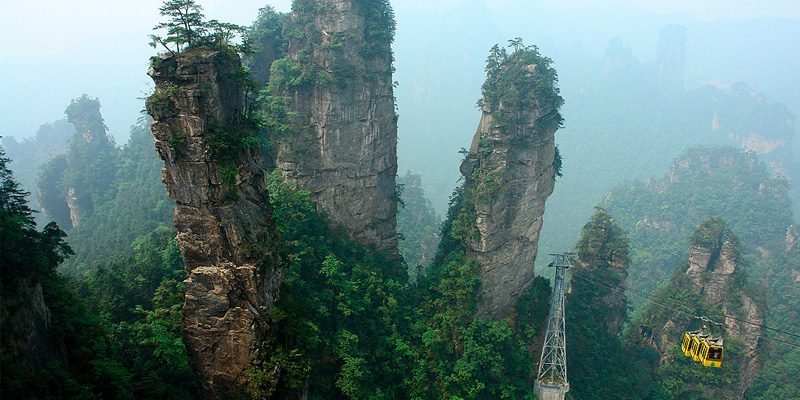 A tricky one to pronounce, but it’s easy to see why Zhangjiajie National Park (allegedly) inspired James Cameron’s aesthetic in the movie Avatar. He never admitted it, but the similarities are obvious. Zhangjiajie is basically a collection of 3,000 towering karst pinnacles floating above the jungle floor. In the early morning, mists rise up from the valley and shroud the tops in cloud. Originally known only to three local minorities (Tujia, Miao and Bai), millions of people now visit Zhangjiajie every year – most on the lookout for Sam Worthington wearing a blue tail. While you’re searching for Na’vi, keep an eye out for the elusive clouded leopard in the jungle too – only its tracks have ever been found. 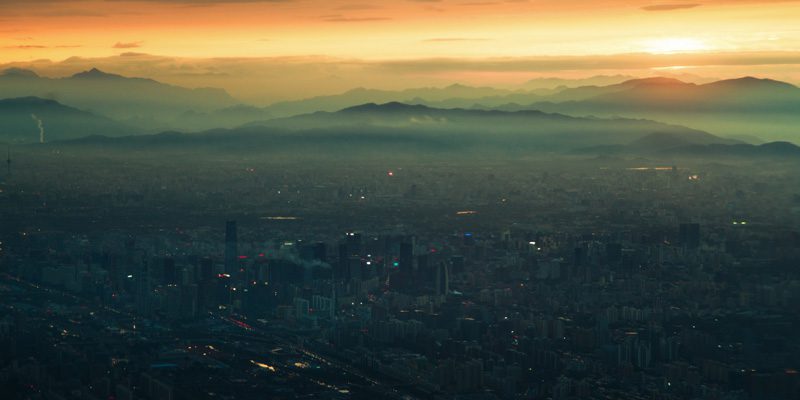 We couldn’t leave the big daddy of backdrops off the list now could we? In 2002 Quentin Tarantino and his producer headed for Beijing to film Kill Bill. They settled into Beijing Film Studios, a Maoist construction and the only place big enough in China to house their two-storey House of the Blue Leaves set. But Tarantino wasn’t the first to use Beijing’s oriental appeal. From The Last Emperor in 1987 (the first foreign production granted permission to shoot in the Forbidden City) to 2010’s The Karate Kid, Beijing has played the stage for some of cinema’s greatest showdowns.

There are plenty of Chinese villages that claim to offer an escape from modern life, but Xitang, a water town outside of Shanghai, is the real deal. The final scenes of Mission Impossible III were shot here, maybe as a tranquil counterpoint to all the dramatic dialogue and explosions. Xitang is built on a network of canals and waterways above a number of Yangtze tributaries. It’s a little like stepping into the Ming Dynasty, and not much has changed here in the last 700 years. The highlight is the 122 small, covered laneways that crisscross the town, but also leave time to see the bridges, lakes and waterfalls of the famous Xiyuan Garden. 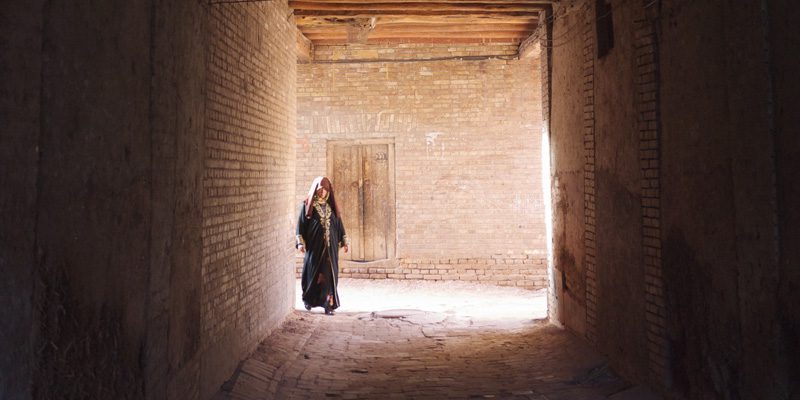 Once the epicentre of trade along the Silk Road, Kashgar is closer in kilometres and culture to the Stans than it is to Beijing. That Central Asian influence is what made Kashgar the perfect backdrop for the Kite Runner (a novel set in the back alleys of Kabul). These days the city is all about progress. Roads and rail have improved, bringing waves of migrant Han workers, and a lot of old buildings are being destroyed to make way for new infrastructure. But the Old Town still lives on in the Uyghur craftsmen and artisans, the alleyway kebab shops and carpet makers, and the trundling donkey carts. If you’re trailing the Silk Road into Kyrgyzstan, Kashgar is an essential stop along the way.

Forget the silver screen – we can show you the real China (no 3D glasses necessary). Check out our China adventures here. 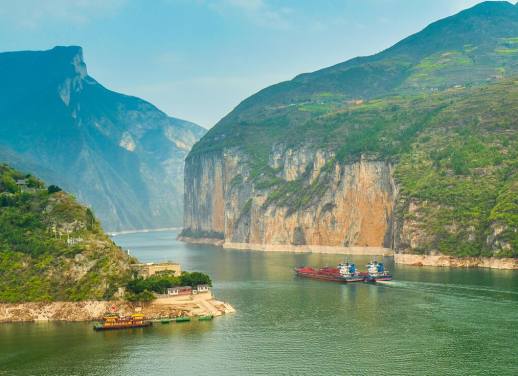 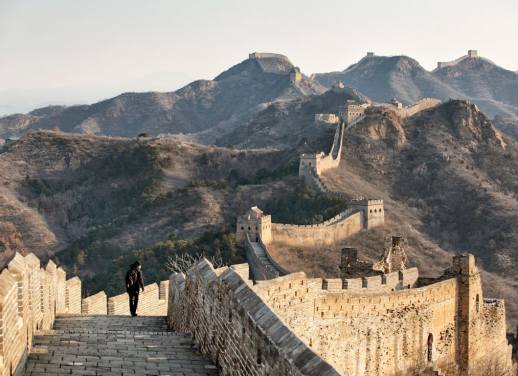