5 lessons I learned from visiting Bhutan with Intrepid 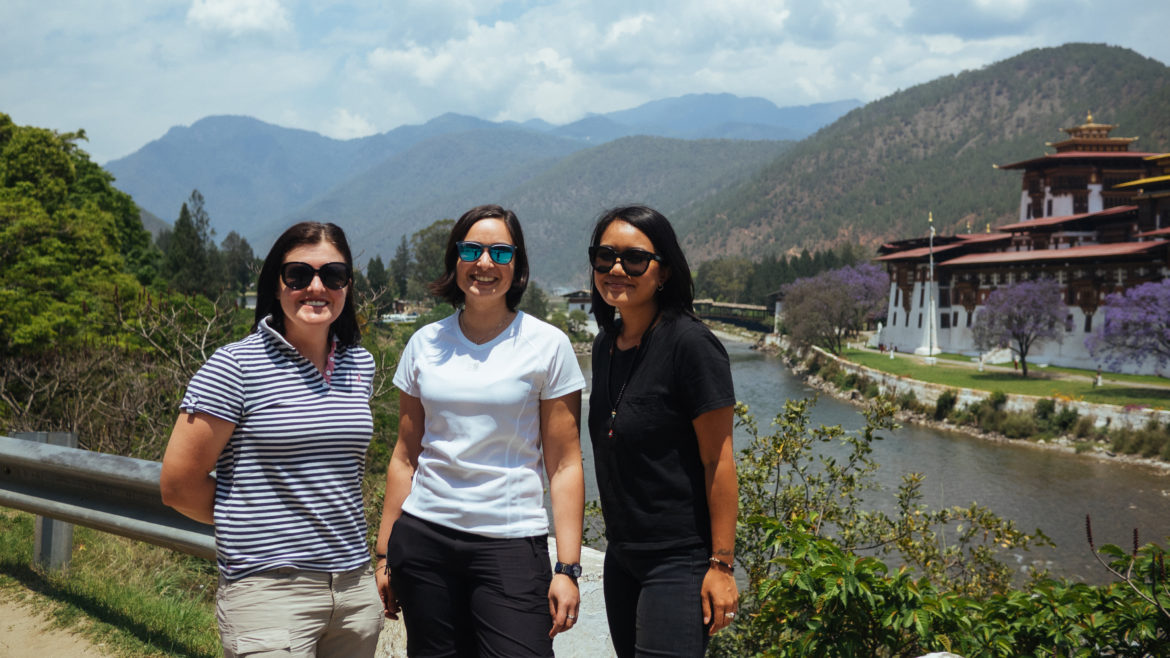 Nestled amongst some of the world’s tallest mountains, between swift rivers and deep valleys, lies Bhutan. This country is also known as the Land of the Thunder Dragon due to the fierce storms that roll in from the neighboring Himalayas. And it’s somewhere you should seriously consider visiting.

My visit to Bhutan was part of my eight-week long wander throughout India, Nepal and Sri Lanka where I had been traveling with a friend I met on Intrepid’s Patagonia Wilderness trip the previous year. Another friend from that trip got in touch with us to see if we were interested in visiting Bhutan and it just so happened that her travel plans coincided with ours! It seemed our stars had aligned and we were destined for a reunion in one of the most mystical places in the world. Not only was I excited to catch up with friends, but having heard of Bhutan’s ecological efforts, I was also looking forward to seeing them for myself.

With a population just shy of 800,000, Bhutan is one of the smallest countries in the world. But its commitment to conservation, happiness and sustainability is much bigger than most and is something we could all probably learn a thing or two from. 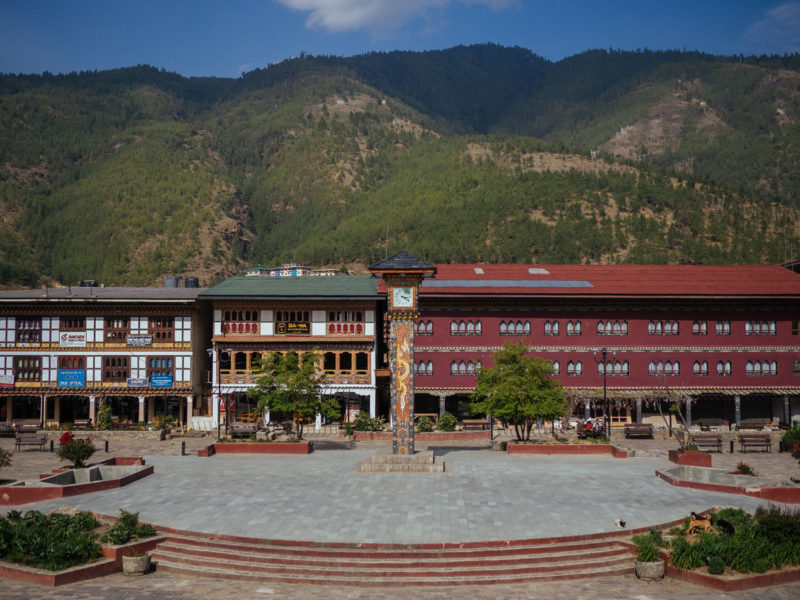 After landing in Paro, we traveled to Thimphu (the capital) and to where locals consider to be the heart and center of the country, the Memorial Chorten stupa. As we arrived, we were told by our local guide Pema that the King of Bhutan was currently visiting the stupa and advised us against taking photos. On his way out, the King, Jigme Khesar Namgyel Wangchuck, came over to us for a brief chat and asked where we were all traveling from. There was even an invitation for us to come back to Bhutan for a floral festival later in the year!

The King was radiating happiness, which shouldn’t be any surprise as his father (and previous King) introduced the Gross National Happiness (GNH) philosophy to the country as a way to prioritize the population’s wellbeing and happiness. The GNH is of such high importance that it is one of the principles that guides the government of Bhutan today. 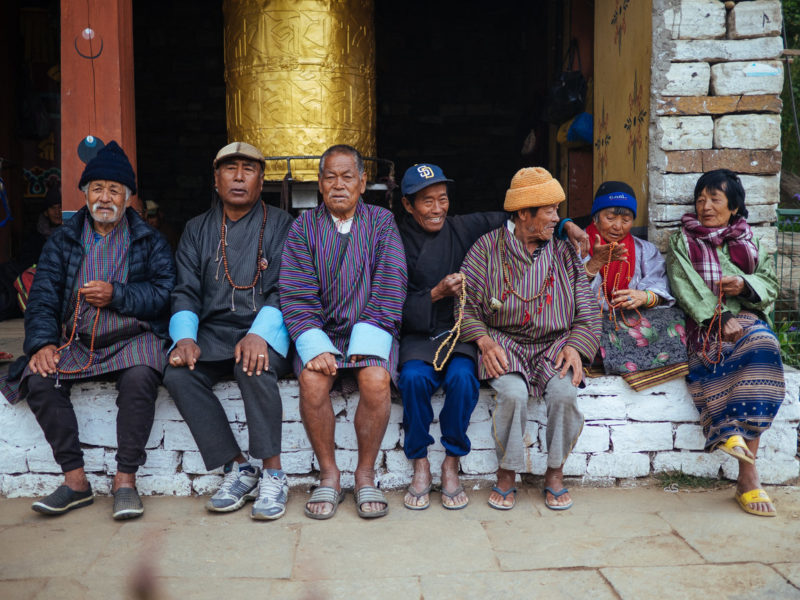 READ MORE: 6 REASONS BHUTAN MIGHT BE THE WORLD’S MOST LIVEABLE COUNTRY

Buddhism is the country’s main religion and is visible throughout as it is embedded in the Bhutanese lifestyle. Throughout our trip, we encountered fluttering prayer flags strung up high in the trees and rows of prayer wheels lining the perimeter of temples. Prayer beads in hand, people circumambulated clockwise around stupas, reciting their mantras. Wherever we went, there was no shortage of beautifully depicted images of Buddhist deities – some even painted on large rock formations in the forests. In Bhutan, Buddhism isn’t a religion, it’s a way of life.

Pema taught us that the Bhutanese believe in karma, prompting them to live good lives, do good deeds for others and be good people. He also emphasized the importance of compassion and how showing compassion towards all sentient beings is vital on the path to enlightenment. 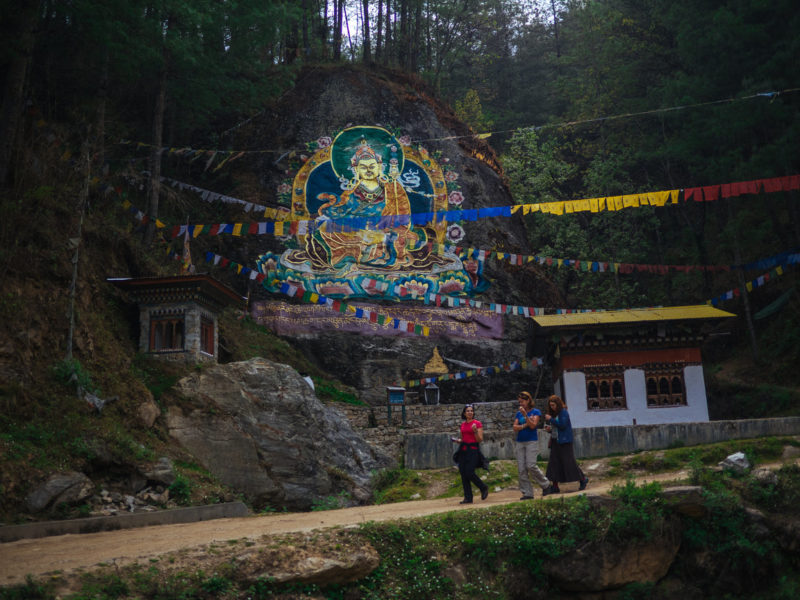 VISIT BHUTAN ON A SMALL GROUP TOUR WITH INTREPID TRAVEL

Care for the environment

Because of the traditional respect the Bhutanese have for nature, protection of the country’s flora and fauna is of great significance. As mandated in its constitution, Bhutan preserves at least 60 percent of its land under forest cover at all times. A result of this is that the country is carbon negative, meaning that it produces more oxygen than it consumes and helps keep the world’s climate change at bay by absorbing carbon dioxide.

The distinct awareness for the environment in Bhutan can be seen even in the most remote of places. For example, on each of the treks we made to monasteries, hand-painted trash cans sporting phrases like ‘clean environment’ and ‘love nature’ were seen on the trails. Plastic bags have also been banned since 1999, and there is also not a single traffic light in the capital, equating to cleaner air and less pollution. 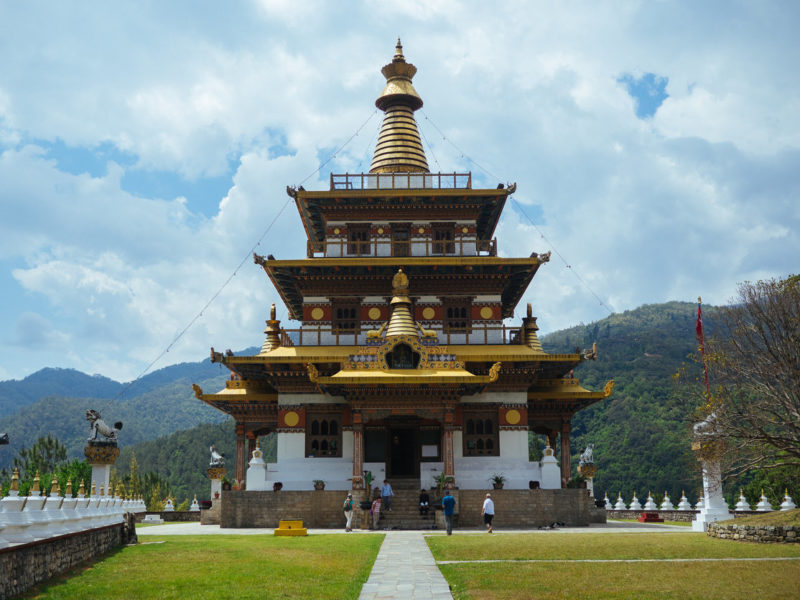 Get back to basics

After our exciting encounter with King Jigme at Memorial Chorten, we observed some of the local residents of Thimphu outside the stupa. I watched as they sat and chatted amongst each other, laughing and smiling as old friends do. A few days later, we stopped by a sporting field to watch a local archery tournament (the national sport of Bhutan). Here, young men were dressed in traditional ghos, and talked and joked in-between shooting. What I loved about these moments was the simple joy of observing pure and uninterrupted human interaction.

Being surrounded by modern day technology and constantly immersed in our fast-paced lives can make it easy for us to misconceive what we think brings us happiness. Since Bhutan has only let globalization impact their way of life more recently (for example, television was introduced in Bhutan in 1999), it seems to me that they’ve been able to focus less on material possessions and more on preserving their community and culture. 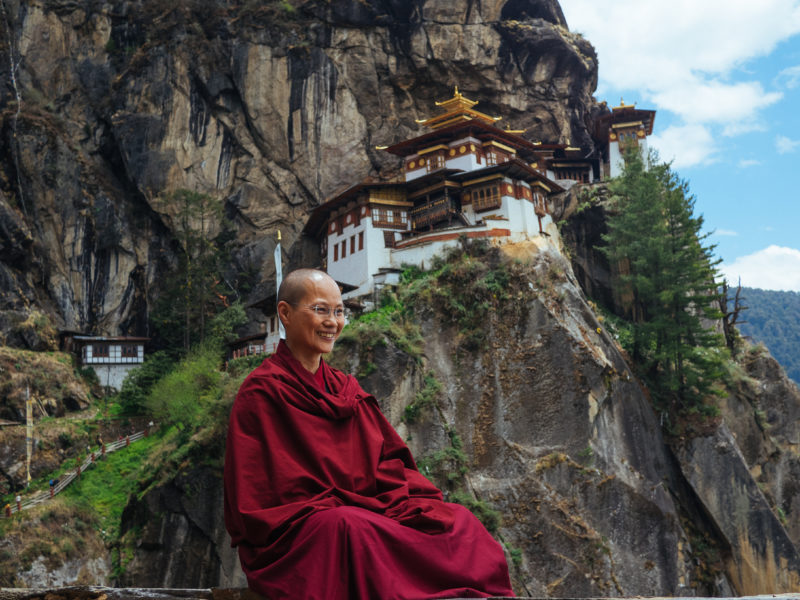 A Buddhist monk on a pilgrimage to Tiger’s Nest Monastery

WATCH: THIS VIDEO OF BHUTAN WILL CONVINCE YOU TO VISIT ASAP

Part of the GNH philosophy is to ensure that Bhutan’s population seeks to achieve a harmonious balance between material and spiritual wellbeing. There’s no doubt that this can get more difficult with modernization, but on my visit there I couldn’t help but notice that the people seemed to radiate peacefulness and contentness.

While Bhutan is open to foreigners, they are aware of the environmental impact that tourism can have on their unique culture and pristine landscape. By implementing tourism restrictions, they have been able to preserve both these things which are not only special to them, but were such an honor to witness as travelers. Men and women continue to wear their respective ghos and kiras (national dress) on a daily basis, while children still take part in learning traditional music and dance. It seems that they have found a way to balance the ancient with the modern and are reaping the rewards of happiness from it. 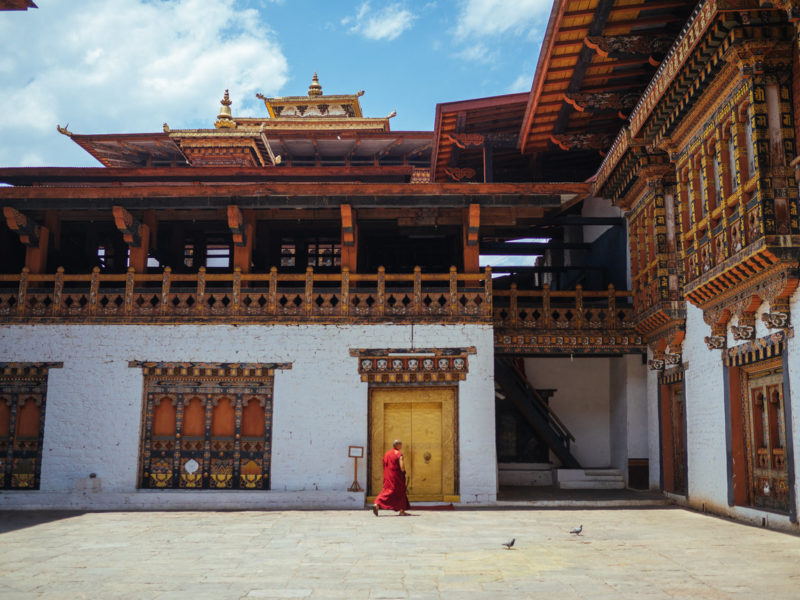 A monk walking through Punakha Dzong

My trip to Bhutan was the perfect destination to end my two-month long adventure. After being immersed in the more chaotic settings of India, Nepal and Sri Lanka, spending a week in Bhutan was just the dose of calmness I needed.

It’s a dose of calmness that – I think – everyone needs.

Ready to visit a destination that will stay with you for life? Visit Bhutan on one of Intrepid’s small group adventures. 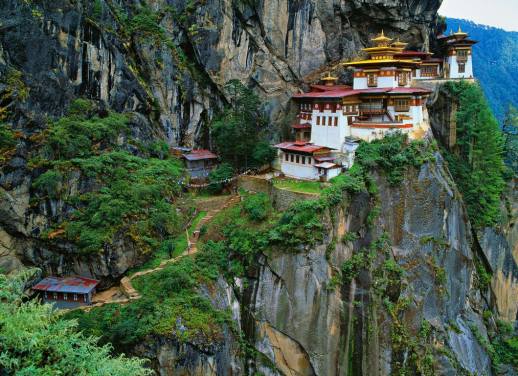 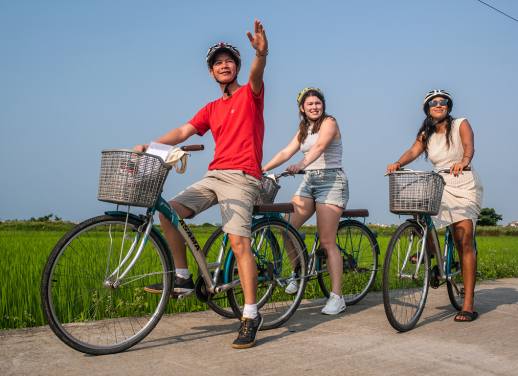 How you can engage in ethical elephant tourism: World Animal Protection lays it out

20 things only people who’ve been to Burma will understand 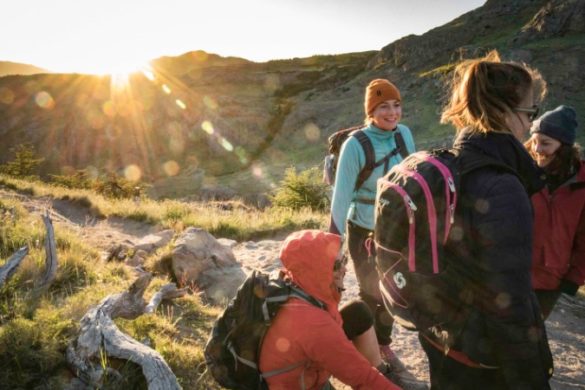 Tough skin and a soft heart: what being fearless means to one solo traveller 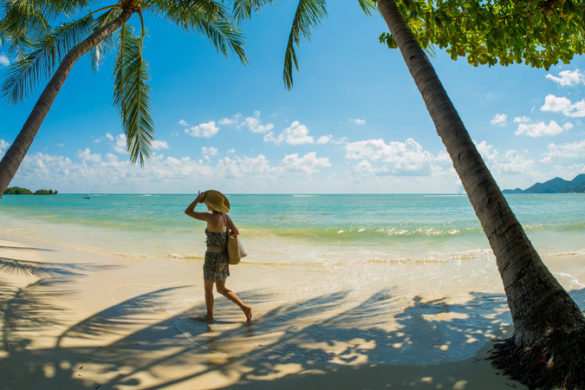 6 beautiful beaches in Thailand you should visit 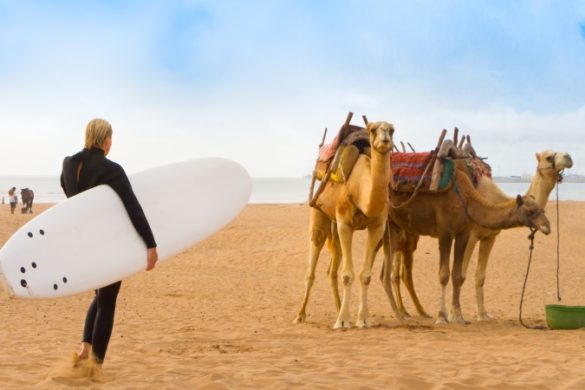 6 amazing destinations in Turkey (that aren’t Istanbul or Cappadocia!)

Travelling to learn more about yourself: studying meditation in Kathmandu 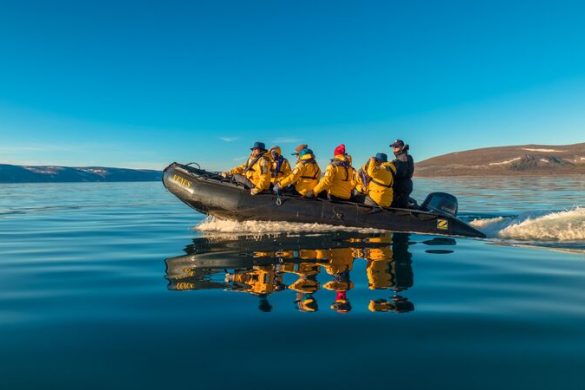 The most important trait you need on a trip to the Arctic: Flexibility 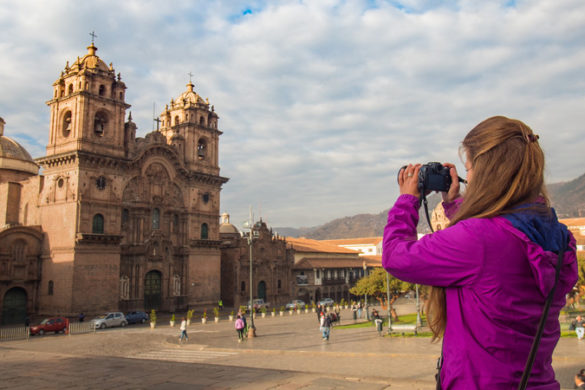 What I wish I knew before my Intrepid trip to Peru 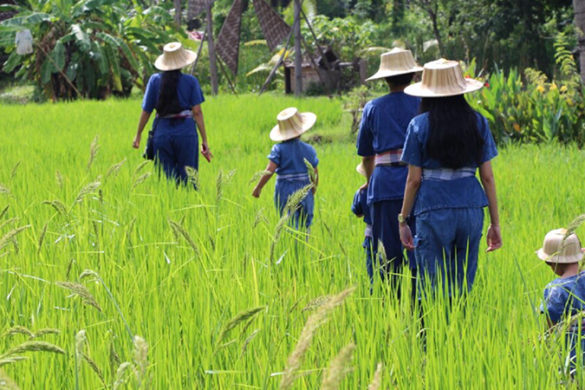 Why you should travel with your children

Thanks for showing us a glimpse of Bhutan. Bhutan is indeed a beautiful destination. There’s so much to explore in Bhutan, a country full of landscape views and rich culture. I really enjoyed reading your article and all your pictures are stunning.