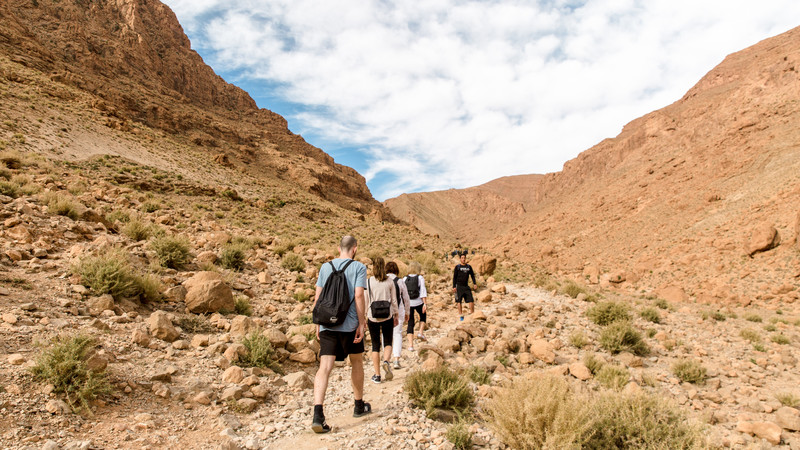 Ever wanted to check off multiple outdoor adventures all in one region of one country? Well, lush valleys, cool canyons and the highest peak in North Africa make Morocco’s expansive Atlas Mountains the ultimate playground.

The multi-faceted mountains pass through both Algeria and Tunisia before they stretch into Morocco’s Sahara towards the Atlantic coastline. Though much less known than the desert, the roughly 2500 km mountain range lets you sandboard and snowboard only a few hours apart — how’s that for diversity?

While the Sahara is surreal for a day or two, as are the major cities, the Atlas Mountains are a treasure trove for varied gems that kept drawing me back for more. 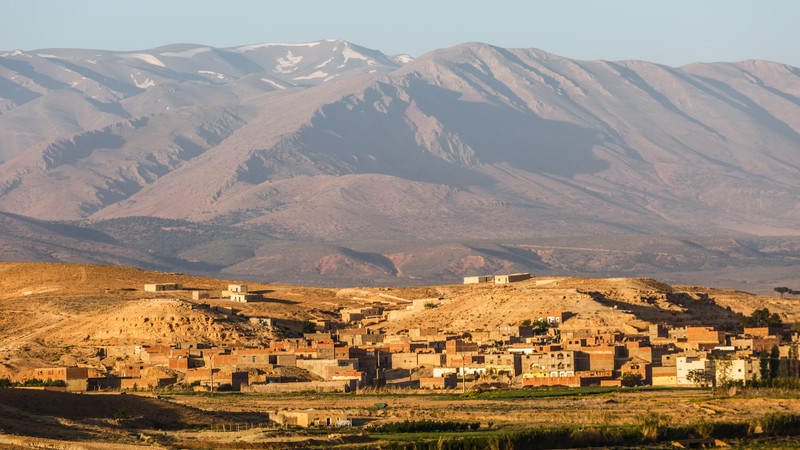 Midelt, a town between the Middle Atlas and High Atlas mountain ranges

Here’s the lowdown on the Atlas Mountains to feed your adventurous soul.

The first, most northern of the three regions of the Moroccan range of the Atlas is the Middle Atlas. The forested slopes of the Middle Atlas mountains run just south of Fes and Meknes, leading to Marrakech. While most people hop on a bus straight from one of these cities to Marrakech, they’re missing out on the greenest of the regions.

The highlight of my time in the Middle Atlas were the Ouzoud cascades. The majestic falls plunge 360 feet down the rough cliffs edge. This creates multiple tiers of pools and smaller falls, perfect for taking a dip to escape the heat. 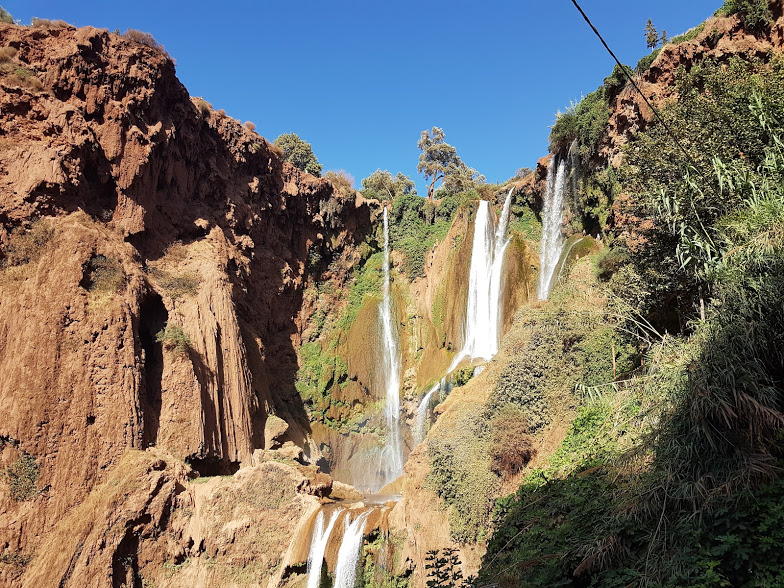 I chilled out with a fresh orange juice at one of the cafes perched in the canyon to observe the monkeys that swing from the branches and whimsically hang from the canyon walls. Only two and a half hours from Marrakech, there’s nothing keeping you from experiencing it for yourself.

READ MORE: WHAT IT’S LIKE VISITING THE ATLAS MOUNTAINS ON AN INTREPID TOUR

Also be sure to visit the town of Ifrane, coined as the “Switzerland of Morocco” with its alpine-esque architecture and to its west, the scenic trekking trails of Ifrane National Park. Here you’ll be surrounded by some of the best wildlife Morocco has to offer, including run-ins with our long lost cousins, the rare Barbary ape. 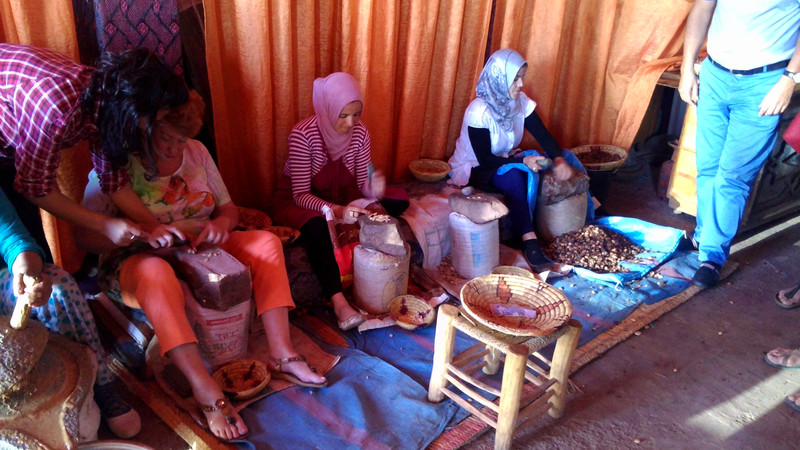 Just outside Marrakech are the most frequented and grandest of the ranges, home to the mother of all peaks in North Africa, Jbel Toubkal. Before reaching the town of Imlil, the best base for the Toubkal trek, you’ll be charmed by the Ourika Valley. The cherry and almond orchards are stunning when in bloom, as are the wildflowers that have full reign over the picturesque riverside.

Then in comes the bold trek up Mount Toubkal. The trek can be conquered in two days, with the help of a mule to carry your pack so you can focus on pushing yourself up nearly 14, 000 feet to the peak of the mountain. When you reach the top, take in the views of the jagged Atlas Mountains fading off into the Sahara desert. During the trek you’ll get plenty of invites for mint tea (nicknamed Berber whiskey) while passing through the remote Berber villages. 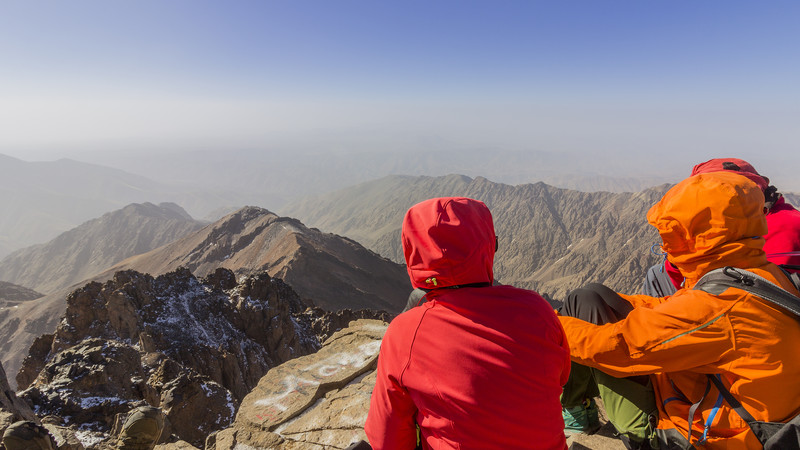 At the peak of Toubkal

Kick it with the Berbers — they’re known for nomadic patterns that go back nearly 4,000 years, and are part of a community indigenous to North Africa.

Another one of Morocco’s best heights is Oukaimeden. Get this: in January and February you can actually strap on skis or your board, and descend the highest skiable peak on the continent at 8,530 feet. Oukaimeden is a dream for skiers who want to experience more than one climate on their travels and it’s also pretty sweet riding the highest ski lift in Africa (or going old-school and ascending by donkey).

Because it’s like Mother Nature is always looking out for a way to cool you down, Todgha Gorge, in the Eastern part of the Atlas Mountains near Tinghir, can help you beat the heat. 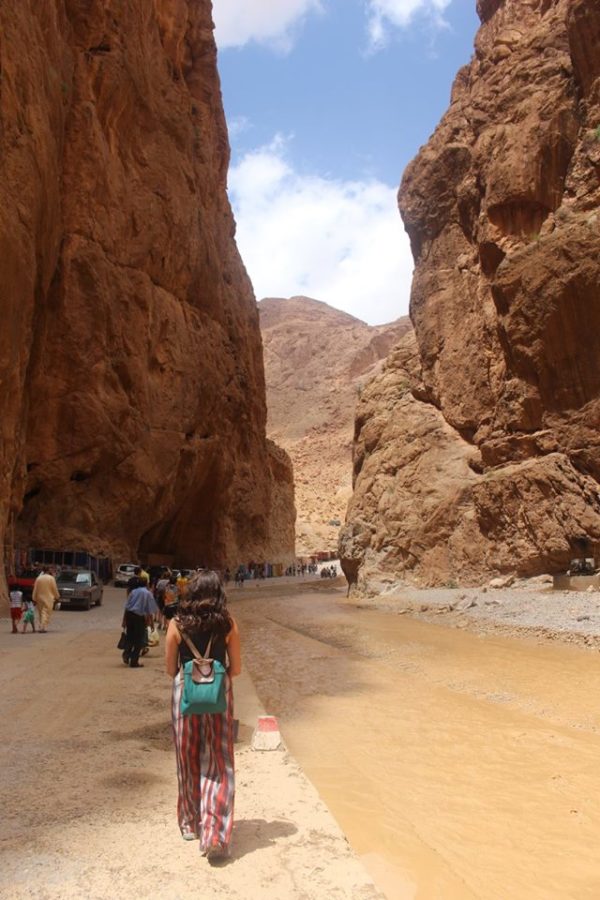 Carved out of cliff-side canyons, the gorge is a popular place among locals. Much of the stream is lined with fragrant pink flowers and is perfect for lingering walks within the tall-walled canyon.

I loved the ride up into the canyon which gave way to stunning viewpoints of the lush city of Tinghir with its date palm valleys and traditional villages built from mud — I swear, they look like life-sized sand castles.

Oh, but wait… the High Atlas isn’t done with you yet. To the southeast of Toubkal is Ouarzazate, the Hollywood of Morocco, and its neighboring Aït Benhaddou, at the foothills of the High Atlas mountains. 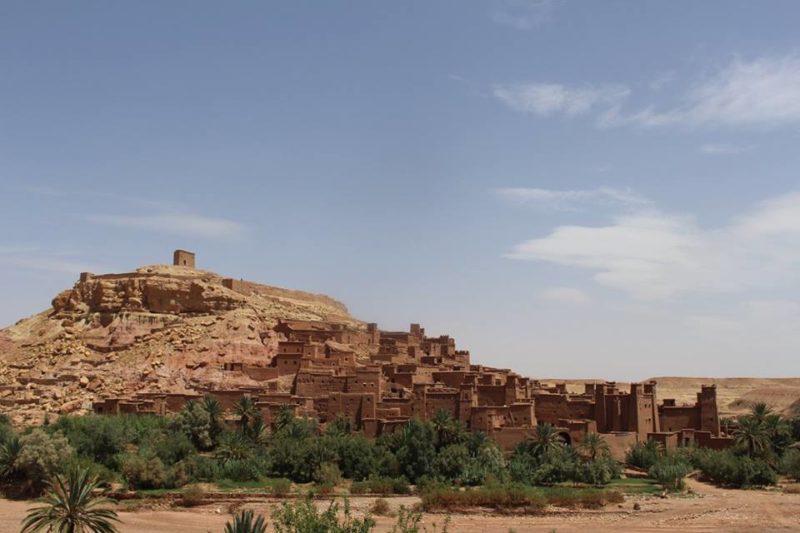 You could say that the views of the clustered orange, crumbling kasbahs belonging to the otherworldly UNESCO heritage site are straight out of a movie — and that wouldn’t be a lie. Aït Benhaddou and its mountainous backdrop is a popular film location for big pictures like Game of Thrones, Gladiator and The Bourne Ultimatum… Prepare to geek out.

On your way out of the High Atlas mountain range, behold the grand finale. Not for the faint of heart, the Tizi-n-Test road pass twists around the mountains, 6, 867 feet above ground level.

READ MORE: 10 TRAVEL EXPERIENCES EVERYONE SHOULD HAVE IN MOROCCO

The Atlas Mountains truly knows no limits — and they invite us adventurers to explore ours. The Anti-Atlas, also known as the less-known or Little Atlas, offers more off-the-beaten path treks and the chance to get your hands dirty. 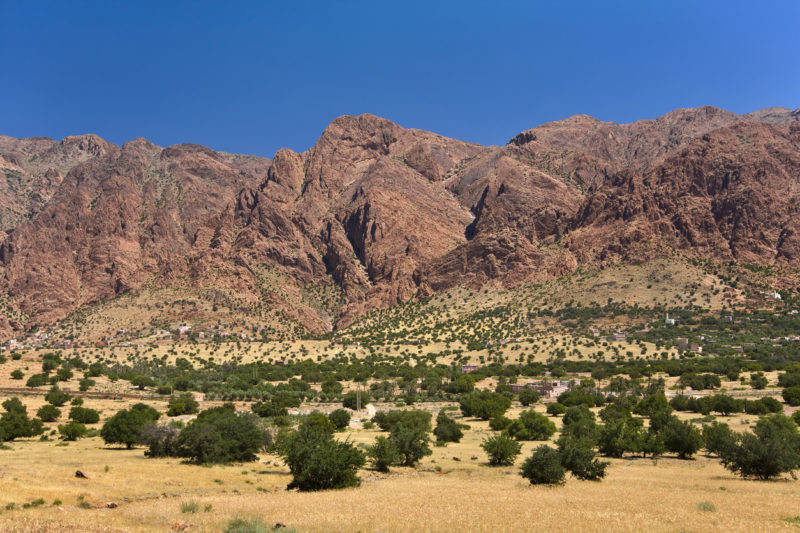 Situated in southwest Morocco, their red and rocky landscape and drier climate means wicked terrain for mountain biking on less touristy hiking trails. You can forage your own path around Tafroute, where hippies flocked to in the 60s. It’s now a top spot for rock climbing.

The mountains are really a magnet for trekkers but so is the Anti’s Paradise Valley which has stunning, green landscape with waterfalls to boot. Follow the trail to the gateway to the exotic palm lined gorge that slithers through the mountains. Though they are less frequented than the later mountain regions, this is one of many reasons to go out into the Anti Atlas and explore the lesser-known land.

Want to explore the awe-inspiring Atlas Mountains for yourself? Check out Intrepid’s range of trips in Morocco. 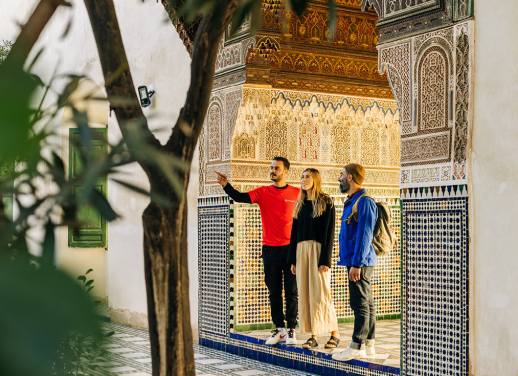 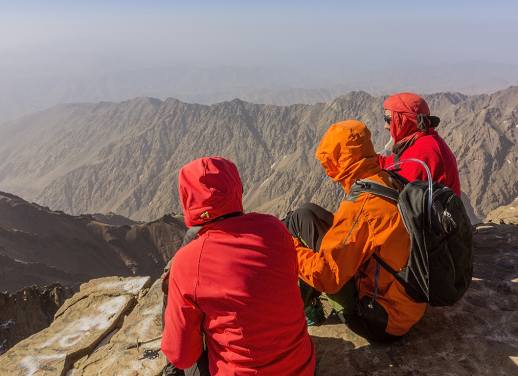 Julie, excellent article. I’ve only been to Morocco once so far, to trek in the High Atlas, but it is a wonderful country…such varied colours, lovely people and an incredible atmosphere. You might just have helped me decide on next year’s vacation.
Happy and safe travels…and can we please read all about them…
Alan