Sail the Greek Islands between Santorini and Mykonos

Dreaming of crystal-clear sapphire waters, whitewashed villages, history laden ruins, lively Greek culture and delectable cuisine straight off the land or from the sea? Then sailing from Greece's Santorini to Mykonos may just be what the doctor ordered. Spend eight blissed-out days under sun drenched skies enjoying the best the Greek Islands of Santorini, Ios, Amorgos, Small Cyclades, Naxos and Mykonos have to offer. 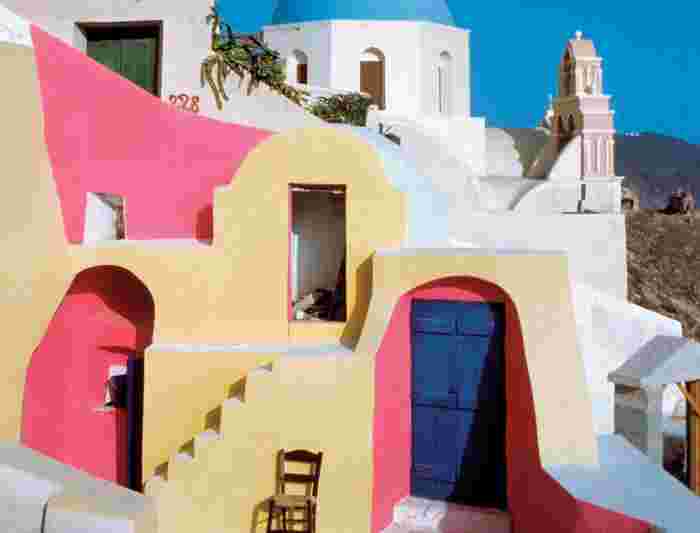 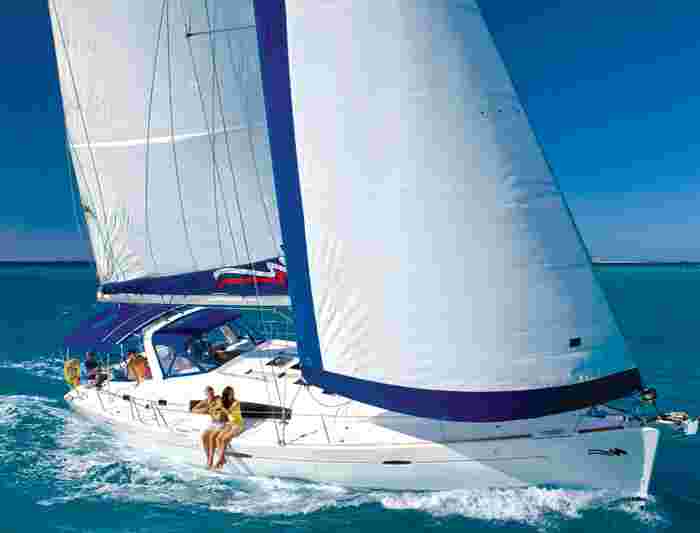 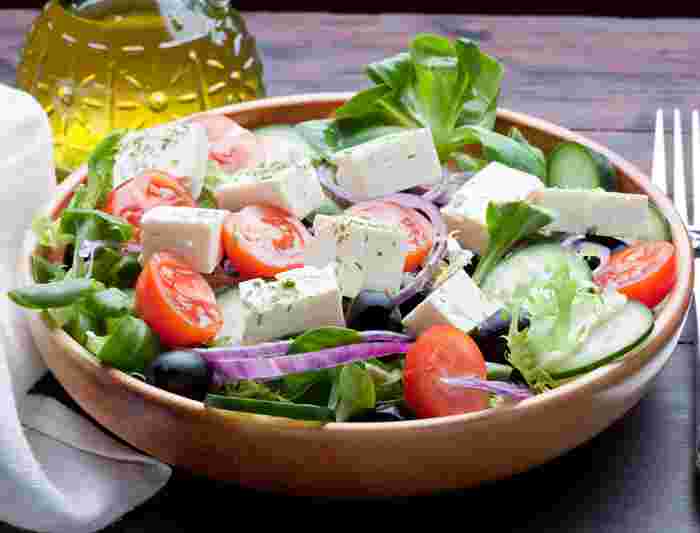 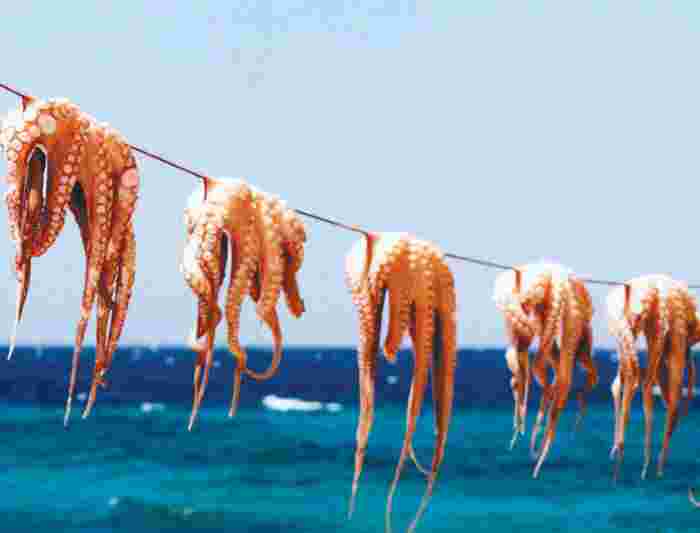 Welcome to Greece. Meet your skipper and shipmates at 2pm at Ammoudi Fish Tavern at Oia Pier and take a private boat transfer over to the island of Thirasia where you will board the yacht that will be your home for the next 7 nights. The skipper will collect the kitty and discuss shopping to buy supplies for your trip as a group.  If you have any special dietary requirements, please make sure you notify us at the time of booking so we can accommodate your requests.

Consider arriving a couple of days early in order to enjoy lovely Santorini and its awe-inspiring caldera. Check out the range of restaurants, shops and bars in the island's capital, Fira. An absolute must is to take a walk along the caldera's rim to Firostefani, Imerovigli and Oia. This is a particularly memorable experience at sunset, but make sure you leave plenty of time so you aren't walking in darkness. Santorini's volcanic beaches are another must-see. Check out Red Beach or the black beaches of Perissa, Vlhada, Perivolos and Agios Georgios. The Orthodox Metropolitan Cathedral, Catholic Cathedral and Dominican Convent are worth a visit, as is Megaron Gyzi Museum.

After the welcome meeting you'll set sail (approximately 4 hours) through Santorini’s caldera, cruising across the Aegean Sea to drop anchor at the island of Ios (the boat will stop at Manganari Beach along the way). Check out Hora's shops, restaurants and bars (a short walk from the harbour in Ios) which all come alive in the evenings. A visit to Panagia Gremiotissa (Church of the Virgin) offers beautiful sunset views from a hilltop.

Notes: The beauty of sailing is that each day is unique and, while we have a destination to reach, if the weather changes or something takes the group’s fancy, we are flexible on the day's itinerary. The itinerary may be subject to change depending on weather. Your skipper will make the final call to ensure your safety at all times.

Your skipper will collect the trip kitty of EUR100 at the pre-departure meeting today.

If you are arriving today, please allow at least 2 hours from arrival time at Santorini Airport to get to Oia Pier.

Today we cast off for a short amble (approximately 3 hours) to the Small Cyclades. While all the islands harboured communities in ancient times, the middle ages saw this reduced to just pirates and goats. Today, only Koufonisia, Iraklia, Schinousa and Donousa have permanent residents, with the largest population said to be somewhere around 300. Here you'll discover clear waters, great beaches, friendly locals and sleepy tavernas all built around quaint fishing villages. Explore the town, perhaps sampling some fresh seafood in a waterfront taverna, a great way to take in the magic of the Mediterranean.

Continue to the rugged mountainous island of Amorgos – known as the stunning location of Luc Bresson's film, 'The Big Blue'. Amorgos has a history of colonisation and occupation with evidence of a functioning society back as far as 4,000 BC. At Katapola, the island's main port, you'll see classic Cycladic architecture with windmills and an old Venetian castle. Stroll the waterfront and perhaps take some time to explore the ancient Minoan Settlement nearby. Also worth a visit is the village of Hora (Amorgos town) which sits high up on the rocky mountainside. Explore the labyrinth of narrow stone laneways and Byzantine churches surrounding the town square. The Amorgos Archaeological Collection is housed nearby in Gavros Tower, one of the few remaining towers on the island. There is an option to take a drive up to the spectacular 11th-century monastery, Moni Hozoviotissis (either late morning or early evening). It was built gripping the cliff-face, so the panoramic views across the Aegean Sea are breathtaking. On our way north to Naxos we will cross the Small Cyclades area once more. These magical little islands demand more of our time, so we will spend one more night here.

Continue to Naxos to discover the beautiful beaches, charming villages and fragrant olive groves of Hora (the capital of Naxos). This place has a colourful mythological history. The old town areas of Hora are perfect for a stroll, and the nightlife is vibrant. The best beach choices are to the south, where water sports are also on offer. Follow a pathway up to the impressive Venetian Kastro where mansions, monuments and churches all retain their medieval spirit in a mass of winding laneways. While here, stop by the old Roman Catholic Cathedral in the square, and the nearby Archaeological Museum which is housed in the former Jesuit School of Commerce. The massive Portara stands as the gateway to the unfinished Temple of Apollo on the islet of Palatia, just to the north of the marina. There's also an optional jaunt out into the countryside to glimpse local rural life, visit one of the oldest temples in Greece and chill out up in the hills with lunch at a family tavern. Get a taste of the heady local brew, Kitron (best described as a lemon liquor), and top it off with a walk along the beach.

Sail to the island of Syros (approximately 4 hours), dropping by the Bay of Gaidharos along the way for a swim. Known for its relaxed atmosphere and neo-classical architecture, Syros’ neutral role during the Greek revolution made it a safe haven for the persecuted. Perhaps catch a bus up the hill to the fortress-like village of Ano Syros and explore the town’s stone archways and narrow alleyways (the views of the Aegean are stunning from up here). Sample authentic Greek food and culture in the capital of Syros and the Cyclades, Ermoupoli, and check out the magnificent town hall in the main square.

Lifting anchor, set off on a short sail to Mykonos (approximately 3 hours) arriving late afternoon and where you'll spend your final evening. This classic Mediterranean island is packed with excitement, beauty and glamour. White-washed architecture clings to the labyrinth of narrow streets and laneways in the town's old area. The hum of the nightlife, chic cafes, restaurants, galleries and boutiques give way to the island's wonderful sandy beaches. Soak in the atmosphere by joining fellow sun-seekers and party-goers on the beach, or take a day trip to the sacred island of Delos, birthplace of Apollo and Artemis. Little Venice has colourful wooden balconies that hang precariously over the sea – the perfect spot to sit back with a cocktail and enjoy a magical Aegean sunset. The Church of Panagia Paraportiani is also well worth a visit – its unique array of lines and angles are simply fascinating. We depart the boat on the final day at 10 am. There are no activities planned for this day. We recommend booking an extra night's accommodation after this trip so you have plenty of time to explore Mykonos.

There are currently no scheduled departures on our Sail Greece: Santorini to Mykonos trip. If you are interested in other trips in the region visit one of the links below.

START TIME
This trip starts on Day 1 in Santorini at 2pm.

ACCOMMODATION ON BOARD THE YACHT
This trip is accommodated entirely on board a yacht of between 54ft to 56ft. A typical yacht for 11 travellers is equipped with a mixture of 2 x double cabins, 2 x twin cabins and 1 x triple cabin. There are 5 shared bathrooms. Our boats are real yachts and this is a real sailing trip. Yachts are designed to keep sleeping areas to the absolute minimum of space, while maximising common areas as much as possible.
Rooms are allocated on arrival by our skipper according to group composition, which means it is not possible to reserve or guarantee any specific berth or cabin. Single passengers will be paired up with another passenger of the same gender, this may mean sharing a double cabin with a double mattress. If you’d prefer not to share a cabin, a single cabin supplement is available at an additional charge. Everyone including the skipper shares the bathrooms on board. While not everyone may feel entirely comfortable living in such close quarters, those who are looking to revel in the adventure and exhilaration of an authentic sailing trip usually find any discomfort from cramped living conditions is more than made up for by the whole experience.

MINIMUM AGE:
The minimum age on this trip is 15.

ADDITIONAL ACCOMMODATION:
Please note that the majority of our sailing trips start and/or finish at a marina or port. If you have pre-booked any additional accommodation through us, you will need to make your own way to the joining point on day 1 and from the finish point on the final day. We do not provide transfers between hotels and the port/marina. Please check the Essential Trip Information for joining and finishing points.

SNORKELLING
There are many opportunities for snorkelling during this trip. Diving masks, snorkels and fins are provided onboard the yacht and are for use by all passengers. They are disinfected prior to use. Some customers may prefer to bring their own diving mask and snorkel from home and just use the fins available on board.