Leave hustle and bustle in the rear-view mirror on this five-day journey to some of the world’s oldest tropical rainforest and the untouched coast it spills onto. On this Urban List: Editor’s Pick trip, you'll be joined by Urban List Travel & Lifestyle Editor, Morgan Reardon, as you explore the land the Kuku Yalanji people have called home for 50,000 years. From the complex ecosystem of the forest to the deserted white-sand beaches, you'll learn about native plants from a First Nations guide, encounter crocodiles and colourful birds on a cruise through mangrove thickets and walk under heavy green canopy in Mossman Gorge. With the combined knowledge of Intrepid's local leader and an Urban List editor, you'll discover the hidden treasures of one of Australia's pieces of paradise.

Join us on a one-of-a-kind getaway in partnership with Urban List, accompanied by Morgan Reardon.

To book this trip please call us on 1300 797 010 or email enquiries@intrepidtravel.com. Please note this trip cannot be booked online. 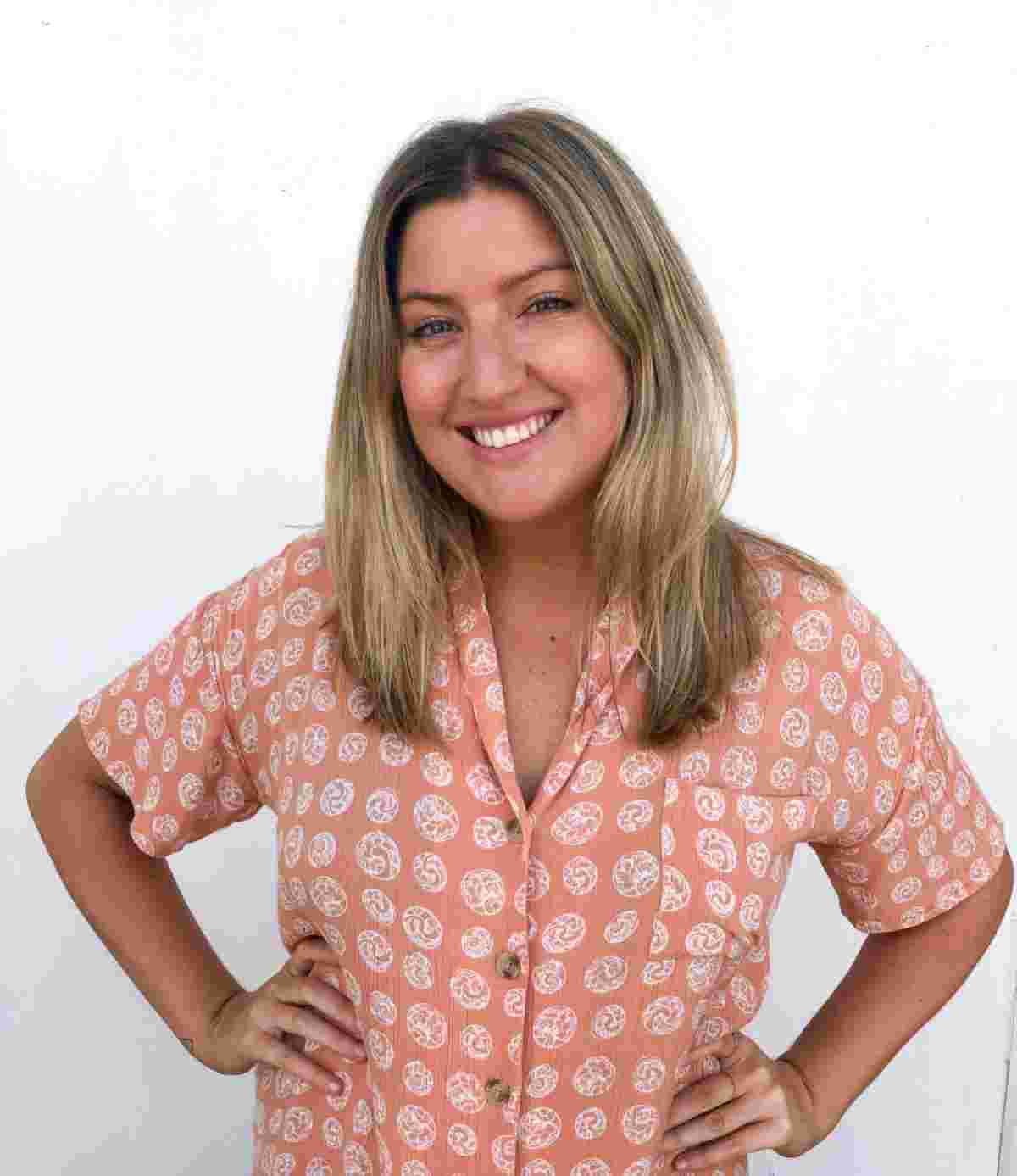 Morgan Reardon has been a journalist for 10 years, working both in Australia and the UK for publications like The Sun newspaper, Cosmopolitan magazine and now at Australia and New Zealand’s biggest independent publisher Urban List.

As UL’s travel and lifestyle editor she looks after content across entertainment, career, money, local and OS escapes and sustainability. As well as running the editorial strategy for these verticals she also works on UL's social media, video content and new branded partnerships.

Somewhere in between it all, she tries to travel, checking out as many under the radar gems as possible, while squeezing in a solid Netflix binge sesh.

Why you'll love this trip​ 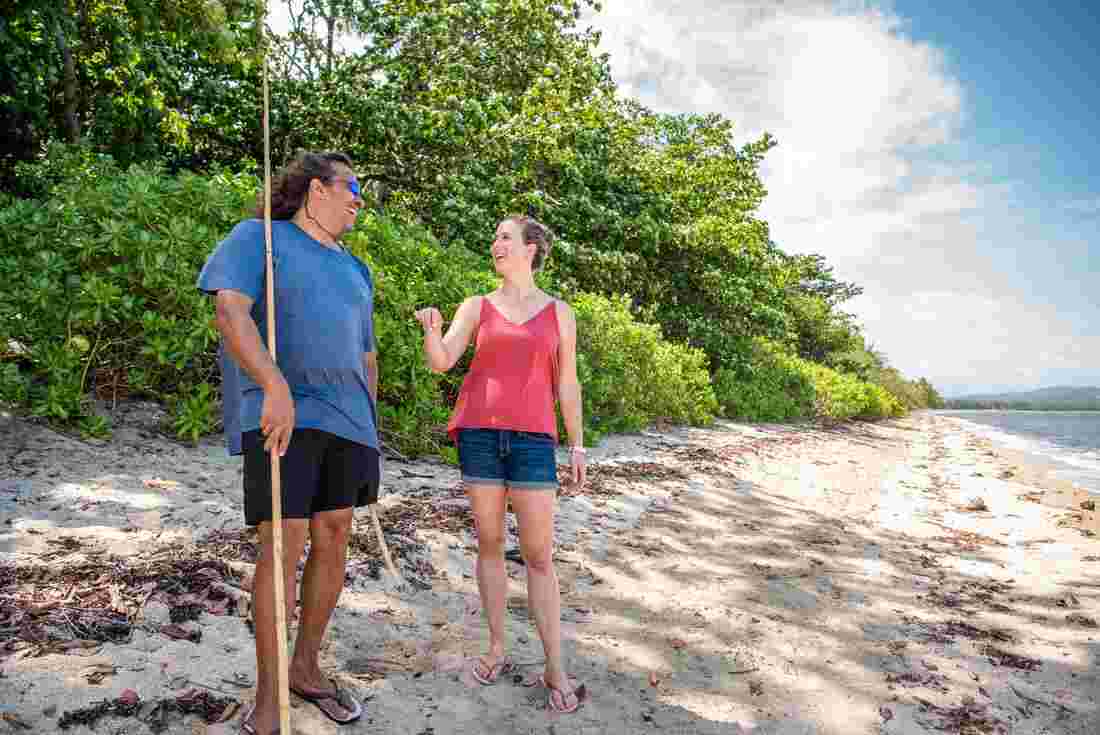 Where will you go?

Welcome to Cairns! Your adventure begins with a welcome meeting at 11 am. With the formalities out of the way, it’s time to hit the road for Port Douglas, with a couple of stops en route to break up the journey. First up is Barron Gorge lookout that looks over a set of tumbling falls bursting from the rainforest. Spend some time ooh-ing and ah-ing at the lookout, then continue to the town of Kuranda. This little mountain village is the perfect place to grab a quick lunch (not included), before hitting the road again at around 2 pm. Settle back into the vehicle for an approximately 1.5-hour drive along the coast to Port Douglas. Take in views of cliffs covered in distinct native flora on one side and glittering blue ocean on the other, with some photo stops along the way. Arrive at the accommodation and spend a few hours settling in. In the early evening, take an orientation tour around Port Douglas. Stop at Trinity Bay lookout point to admire the perfect crescent of sand and surf in the twilight. Head to a local restaurant for drinks and dinner with your fellow travellers, then return to the resort for the evening.

Grab breakfast and get ready in time to leave the resort at 8 am, jumping on the ferry and crossing the river into the Daintree Rainforest. Meet up with a local family who live and breathe the rainforest, so much so that they hosted David Attenborough’s documentary crew when they were filming in the area. Spend some time learning from them about the forest, then continue exploring with a cruise along Cooper Creek. Your guide will point out crocodiles, birds and other wildlife while you glide through the water. Stop for an included lunch at a heritage restaurant smack-bang in the middle of the forest. If you need to cool off, there is also time to take a swim before continuing to Cape Tribulation. Take in views over the cape from a lookout, then head down to the beach for a guided walk and to learn about the region’s history. Return to the resort for the evening, where you can grab dinner at one of the restaurants within walking distance or choose to enjoy an optional al fresco dinner experience with Flames of the Forest.

Enjoy a day to explore this tropical paradise at your own pace. There are tonnes of activities on offer today, so be sure to talk to your leader about your options when it comes to snorkelling, reef tours, and nature experiences. Your leader will also be on hand today to provide a transfer to Port Douglas town (and back) at 10 am and 6.30 pm if you want to spend the day shopping or grab dinner. If you’d prefer to move as little as possible, you could always take a day to unwind with spa treatments at the resort or chill by the pool with a book.

Grab breakfast before leaving the resort at 8.15 am for a guided walk through the rainforest of Mossman Gorge. Work up an appetite on this gentle 1.5-hour hike, then grab morning tea (not included) before heading to Kuyu Kuyu (Cooya Beach) for an educational experience with a member of the local Kuku Yalanji community. Learn to throw a spear, which plants are edible and how Kuku Yalanji people live in harmony with the ever-shifting landscape. Enjoy lunch, then join an Aboriginal painting class in the afternoon. Learn about the significance of traditional and contemporary art and storytelling to First Nations people and leave with a small souvenir. Return to the resort in the early evening and enjoy a few free hours to relax. Grab dinner tonight with your group and toast to the beauty of the country around you.

Enjoy breakfast and time for one last swim before a 10 am departure for Cairns. We will make one drop-off stop at Cairns Airport and another at a central hotel in Cairns – before your tour begins please let your Intrepid representative or travel agent know which option you would prefer.