Home » What is carbon offsetting, and why does it matter?
Responsible Travel

What is carbon offsetting, and why does it matter?

written by The Intrepid Foundation December 16, 2019 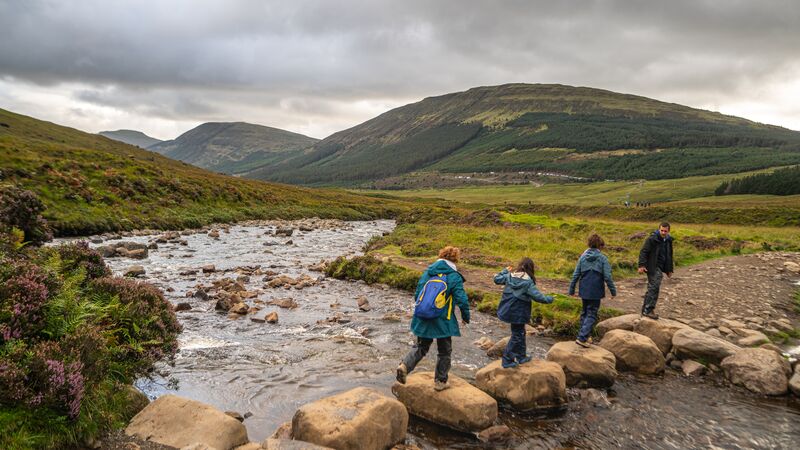 Whatever you think about carbon offsetting (and you might not think much at all, right now) it’s definitely having a moment.

Airlines like EasyJet have also joined the carbon neutral party, which is a good thing, considering air travel is by far the most energy-intensive activity on the planet – carbon dioxide from airlines jumped 32 per cent from 2013 to 2018, with plane-related CO2 emissions now sitting around 918m tonnes each year. The travel industry does a lot of good in the world, but it’s also responsible for about eight per cent of global greenhouse gas emissions. In fact, we’re on track for 6.5 gigatons of travel-related carbon dioxide by 2025.

There are two questions that always get asked about carbon offsetting. The first: what is it? And the second, which is equally important but much harder to answer: does it actually work? What is carbon offsetting?

Carbon offsetting is simply a way for individuals and companies to invest in environmental projects that balance out their carbon footprint (the amount of carbon dioxide they directly or indirectly release into the atmosphere). Every time you turn on a lightbulb, drive a car, stream Netflix or catch an international flight, your carbon footprint grows a little bigger. That includes your unavoidable emissions too: the ones that no matter how ‘green’ you go, you have simply by virtue of living in the world as it is. And it’s the same for companies.

By investing in projects that actively reduce CO2 emissions, so the theory goes, you can shrink your net impact on the environment. And because greenhouse gases affect the world as a whole (although some places are affected way more than others), it doesn’t really matter where the offset comes from – reduction anywhere will have an impact.

Most offset projects are based in developing countries. They usually take the form of reforestation (planting lots and lots of trees), investment in renewable energy, or buying carbon credits through an emission trading scheme (a complicated market system that, basically, encourages sustainability by making it more profitable for companies). The price of offsets varies, but on average, for every tonne of carbon dioxide you produce, it costs upwards of $10 USD to even the scales.

RELATED: HOW TO CHOOSE A RESPONSIBLE TOUR OPERATOR 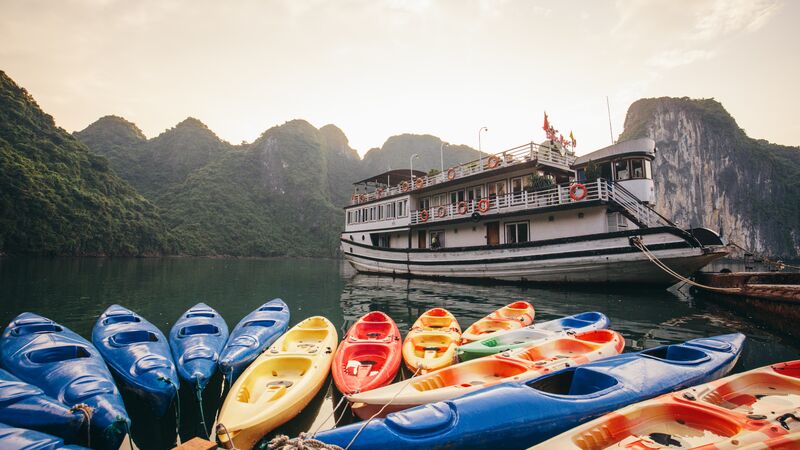 How does Intrepid come in?

Intrepid Travel has been a fully carbon neutral company since 2010 (in fact, we’re aiming to be the world’s first ‘climate positive’ travel company by 2020). Every year, we measure our annual greenhouse gas (GHG) inventory – in accordance with the global GHG Protocol – then offset our trips and offices using a bunch of renewable programs. As a company, Intrepid prioritises projects that have social and economic benefits for communities on top of the obvious environmental ones. As of December 2018, we’ve offset more than 310,000 tonnes of carbon dioxide.

This is a good start, but it’s not the whole story. The travel industry (along with the fashion and power industries) are some of the worst offenders when it comes to carbon emissions. For a long time, we’ve been part of the problem. That’s why we’re joining forces with Ecologi, an online subscription service that plants trees and partners with climate projects all over the world. It’s like Netflix for climate action.

We’re launching a partnership with Ecologi (and our not-for-profit, The Intrepid Foundation) to make it easy for travellers to offset more than just their adventures. Subscriptions cost less than $1.75 USD per week. You can read more about the project over here.

Does it really work?

It’s almost impossible to find an article on carbon offsetting without this question lurking in the background. There’s a few reasons why.

Carbon offsetting has come under fire from writers like George Monbiot for being more absolution than solution: Monbiot compared offsets with paying the church to absolve your sins, arguing that people and companies will carry on polluting, smug in the knowledge they’ve ‘bought off’ their guilt. This has pretty much been debunked over the years. Many offset schemes report that their customers take extra measures to reduce their emissions directly – eating less meat, travelling less, using renewable bulbs and so on. The British National Consumer Council and Sustainable Development Commission has also pointed out that “a positive approach to offsetting could have public resonance well beyond CO2, and would help build awareness of the need for other measures.”

This is the big thing. The other measures. Carbon offsetting your travel (with companies like Ecologi) is fantastic, but it’s only one way you can help reduce your carbon footprint. There are plenty of others. In some ways, critics like Monbiot have a point: offsetting does reduce our damage, but in a perfect world, these schemes wouldn’t need to exist.

How do we know the projects are legitimate?

This is a really important question. Unfortunately, there have been examples of carbon offset programs which were poorly run, or simply misrepresented their effectiveness. Technically, offset schemes are only legit if they can prove they are additional to any carbon savings that would have happened anyway. So (for example) if an offset program distributes low energy lightbulbs in developing countries, it has to prove that people wouldn’t (or couldn’t) have gotten those bulbs by some other means.

This is really hard to do, which is why lots of offset schemes now guarantee their emission savings – so even if a project falls through, the provider promises to make up the difference elsewhere.

RELATED: HOW TO REDUCE THE IMPACT OF YOUR TRAVELS

How can I get involved?

Well, for starters, vote with your wallet. Only fly with airlines that offer carbon offsets, and only travel with tour companies that offset their tours. Keep your money clean in banks or superannuation funds that don’t invest in fossil fuels. Next, have a look at Ecologi, read up on the issues, and think about subscribing – for every tree you help plant, Intrepid will plant one to match.

But most importantly, don’t think of carbon offsetting as the end of climate change. At best, it’s a way to limit our damage. Real change doesn’t require offsetting anything – and everyone’s got the power to do it.

To find out more (and get involved) head over to Ecologi and start planting.