Home » How we changed the elephant riding industry
Responsible Travel 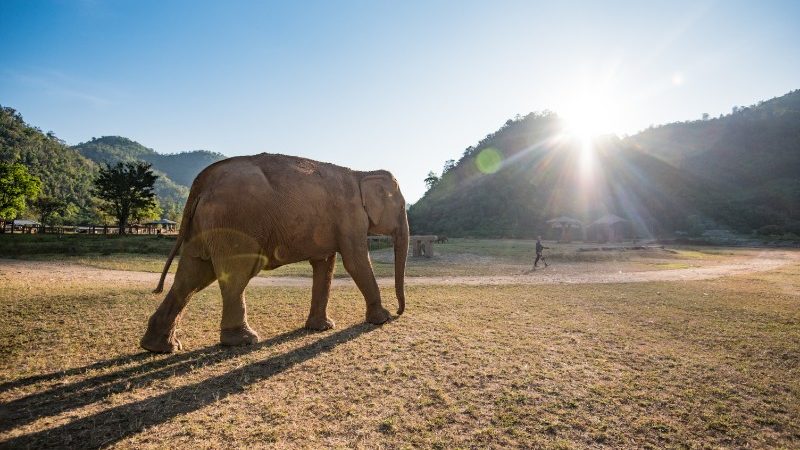 UPDATE: This blog was originally published on August 11, 2016.

In 2014, we officially put a stop to elephant riding on all Intrepid trips. At the time, it was a bit of an industry-shaking move.

Tourist elephant rides were widespread, and there was an unspoken feeling among the travel community – tour operators included – that breaking-in elephants for travel purposes was somehow okay; that these elephants were ‘domesticated’, so it was all good. Looking back, it’s amazing the world turned a blind eye for as long as it did.

In 2010/2011, we partnered with World Animal Protection, a global not-for-profit that protects the world’s animals, to commission a study into elephant conditions on-the-ground in countries like Thailand, where elephant riding was widespread. This was an exhaustive investigation into hundreds of wildlife projects and businesses, conducted by impartial animal welfare experts. The results were beyond conclusive.

In the 118 elephant venues assessed, we found over 1300 animals suffering in terrible conditions: taken young from the wild, separated from their familial groups, broken again and again using sharp hooks and other tools, chained up at night and denied good nutrition. All for the sake of  10-minute tourist ride, or a circus-like show where animals were made to stand on their hind legs, or juggle, or paint pictures using their trunks. We knew something needed to be done, and since that day we’ve worked hard to raise awareness about the plight of elephants in captivity, and elephant rides in particular.

READ MORE: THIS IS WHY WE NO LONGER RIDE ELEPHANTS

We’re happy to say that, since the start of 2014, our decision to ban elephant rides has really caught on. So far over 100 tour operators and travel companies around the world have joined the movement against elephant rides, removing them from their trips and speaking out against the practice. In 2016, TripAdvisor made the step to stop selling tickets to attractions that involve physical contact with wild animals, including elephant rides, tiger petting and swimming with dolphins.

For every company we get on board, for every traveller we educate, for every elephant ride that goes un-paid for, the odds for these animals improve. Like lion walking and other animal-tourism practices, elephant-riding in South East Asia is driven by demand. If demand dries up, so does the financial incentive. It’s in all of our power to make a difference, and it starts with a choice.

There’s also an ethical alternative that benefits both elephants and travellers. In Africa, there are over 400 protected land areas where elephants can roam in social groups and be observed by travellers on safari. There are even conservation projects like the David Sheldrick Wildlife Trust whose goal it is to protect elephant populations in the wild. Our not-for-profit, The Intrepid Foundation, also partners with Friends of the Asian Elephant in Thailand, a conservation project that helps rehabilitate elephants used for tourism. Organisations like this are obviously doing the right thing.

In the meantime, in honour of World Elephant Day, here’s the lowdown on everything you need to know about elephant riding:

Find out more about how you can be a kind, responsible wildlife traveller here.

You’ve taken the lead in stopping this vile industry, with more operators on board hopefully this barbaric practise will be a thing of the past animals are exposed and humiliated beyond belief thank you

A good decision of course, but Intrepid still includes animal riding of camels and horses in many of their other trips. I invite them to conduct a similiar investigation into these industries too.

great heartfelt news that some travel companies are now not offering animals for entertainment. As much as I would love interaction with any animal, if it involves suffering then I do not want to participate. thank you to Intrepid for your stance.

I vividly my husband and I were very distressed when we found out, en route, that it was not possible to complete our northern Thailand treck without riding an elephant. I patted mine the whole time and thanked her for her efforts. I almost cried when her baby was submerged in swirling water during a creek crossing (the babies insist on accompanying their mothers on these walks) and all we could see was her tiny trunk poking our like a snorkel. Fortunately we were not alone. Thank you Intrepid for your courage and for the inspiring reminder that we can make a difference….

Fantastic news to see travel companies are taking this onboard. No animal should be used for entertainment purposes. Perhaps next we can abolish the cruelty of camel riding? Hopefully this will be your next step Intrepid!

I think this is excellent but just wonder what will happen to all those unwanted elephants….

This is incredibly inspiring. It’s heartwarming to know that your company and others are working to eradicate this awful practice.

Thank you so much. It is heartwarming to know that Intrepid travel has integrity.

This is so great to hear! Hope other travel agencies will follow and do the same.